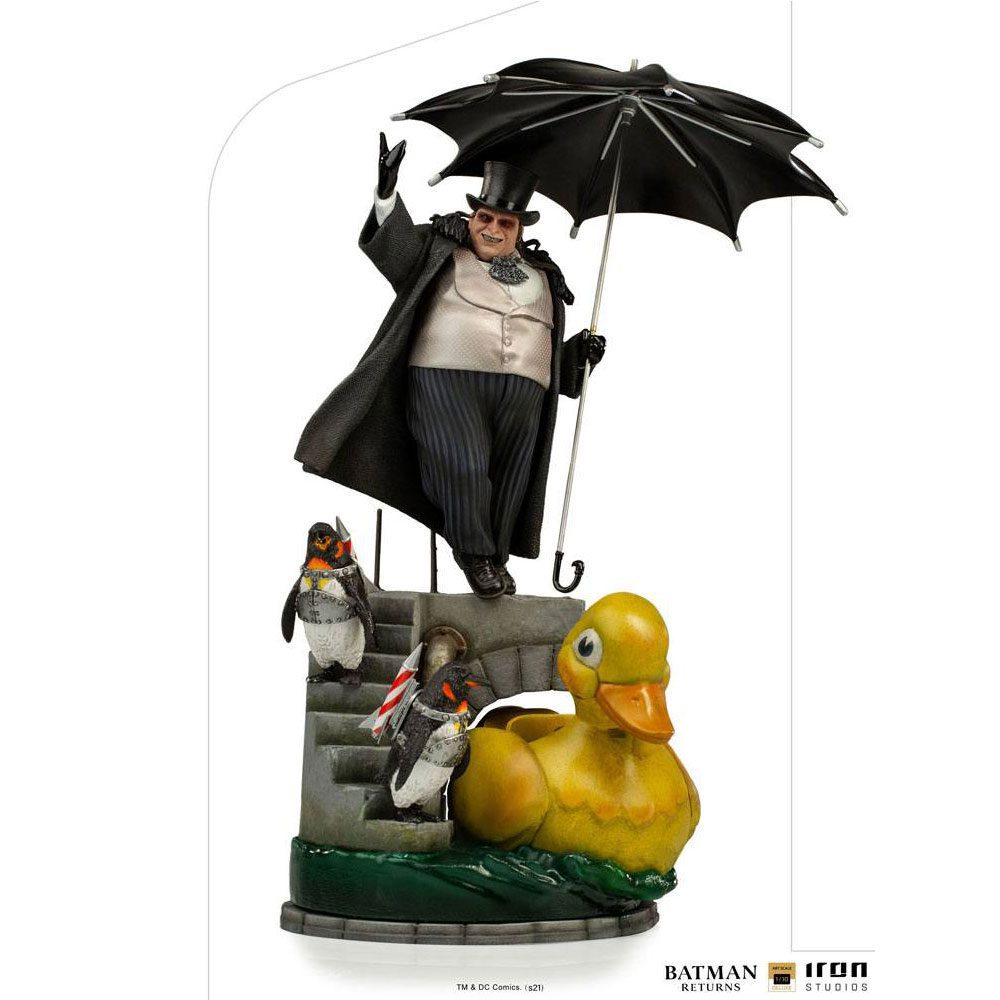 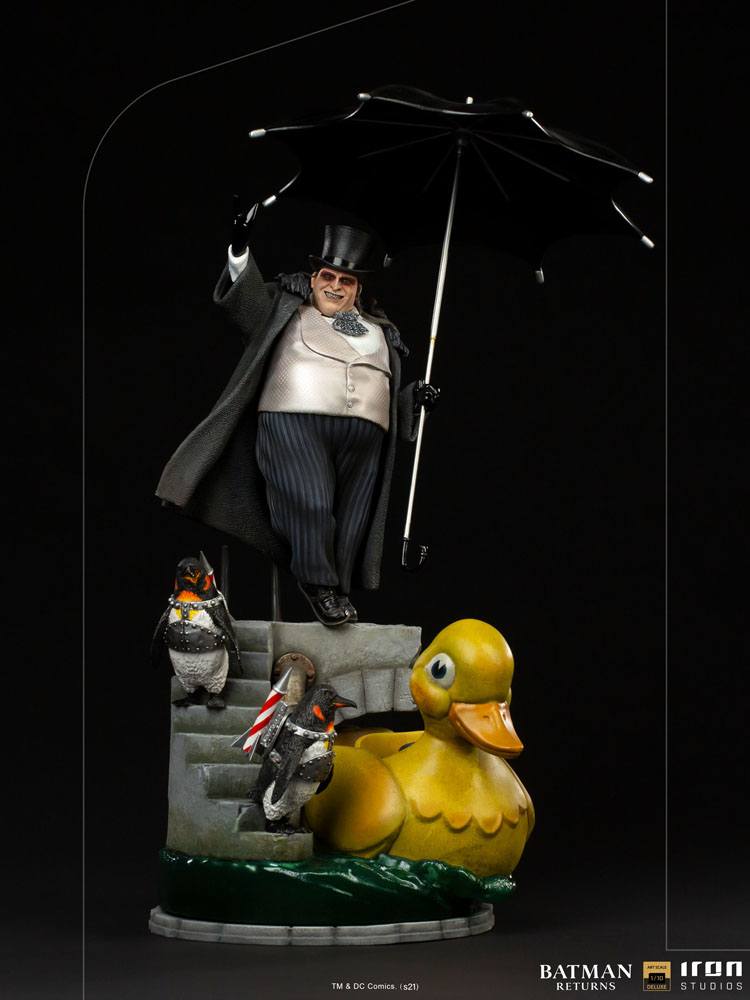 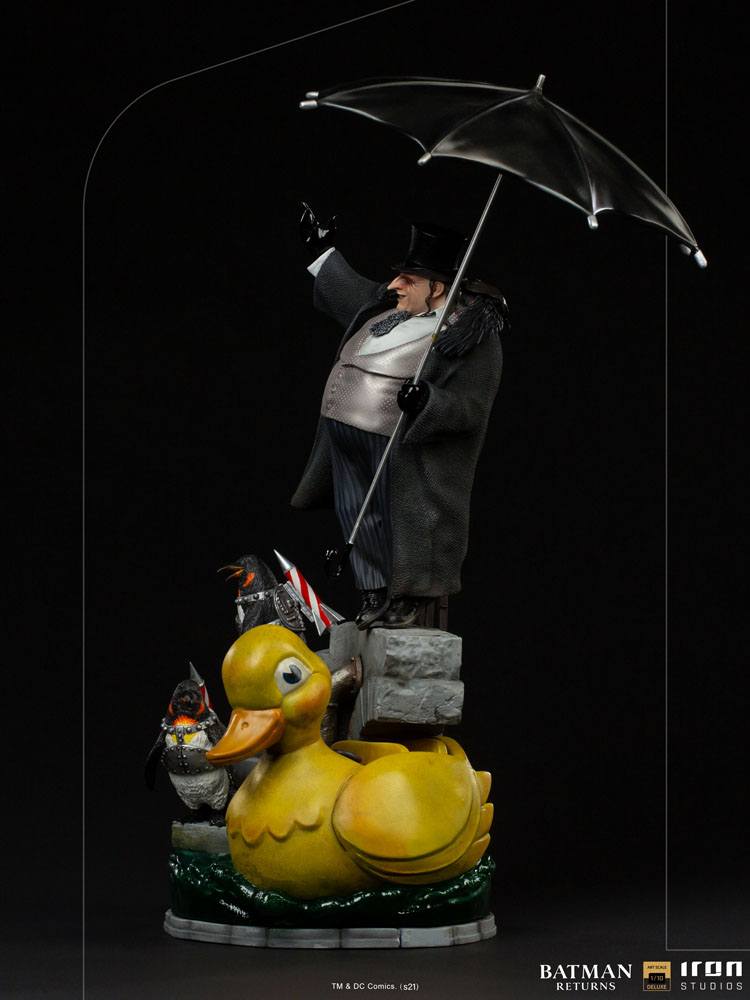 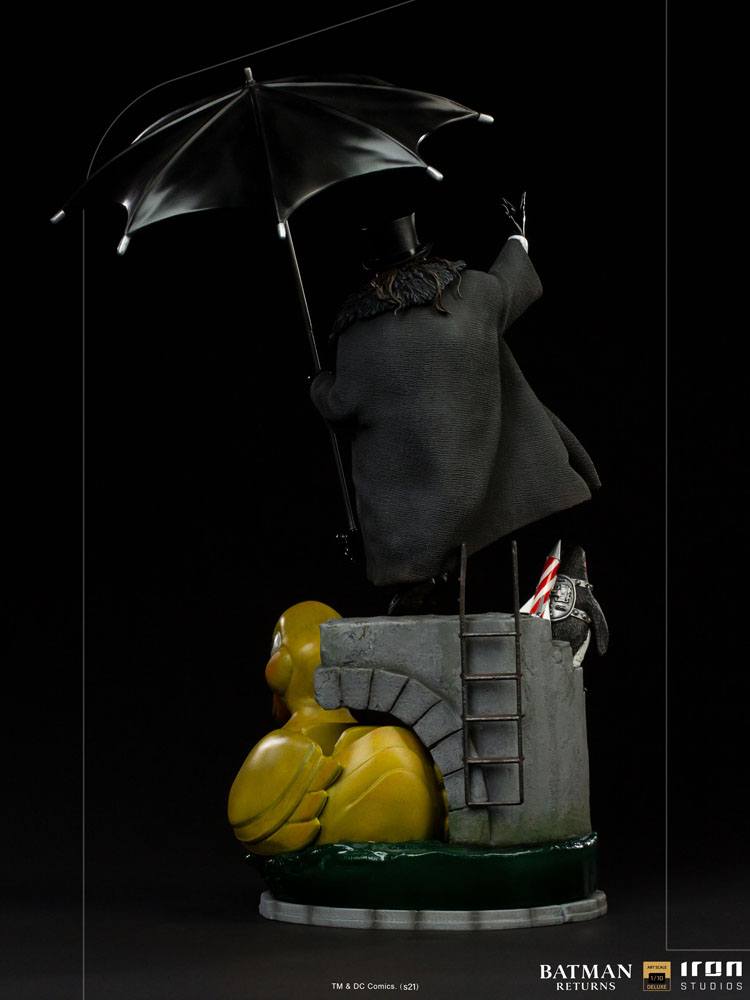 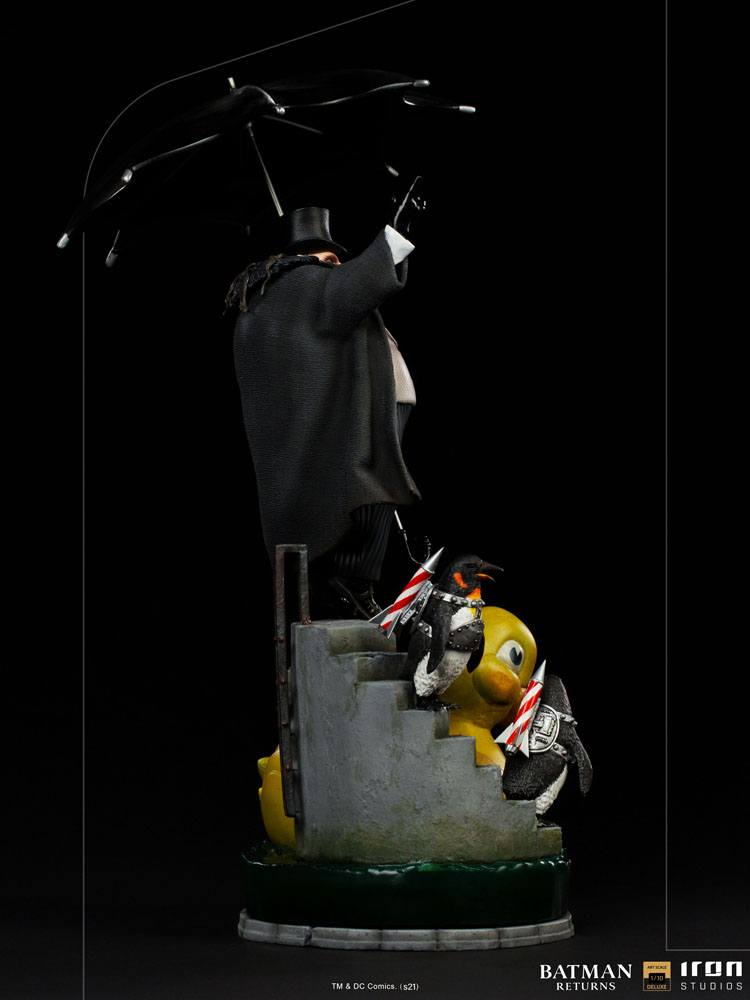 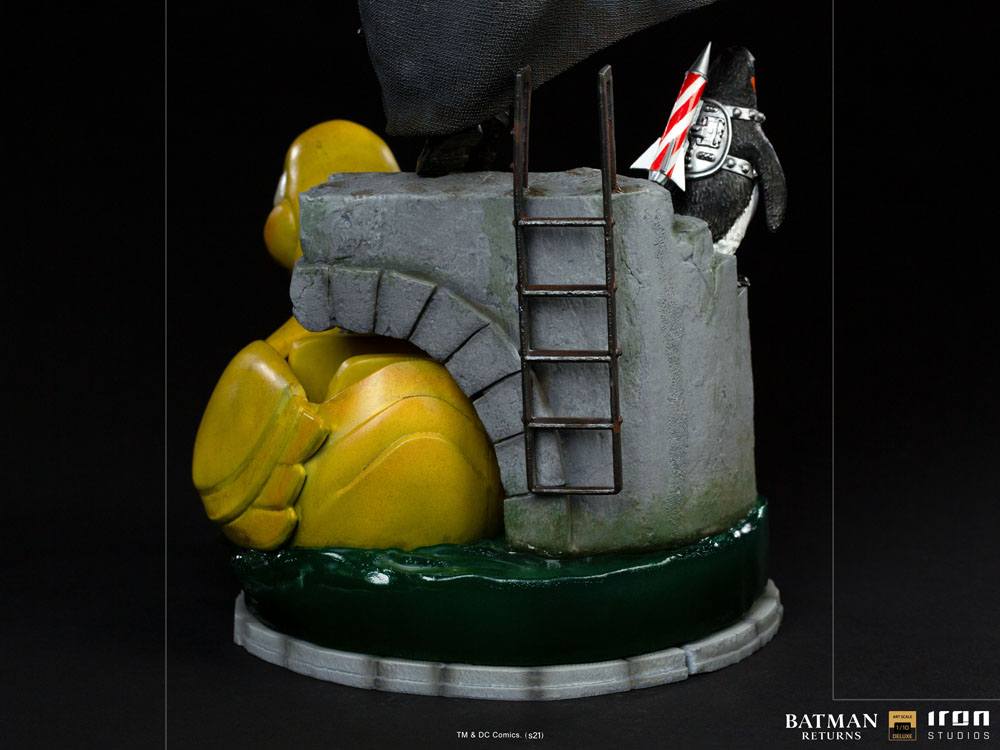 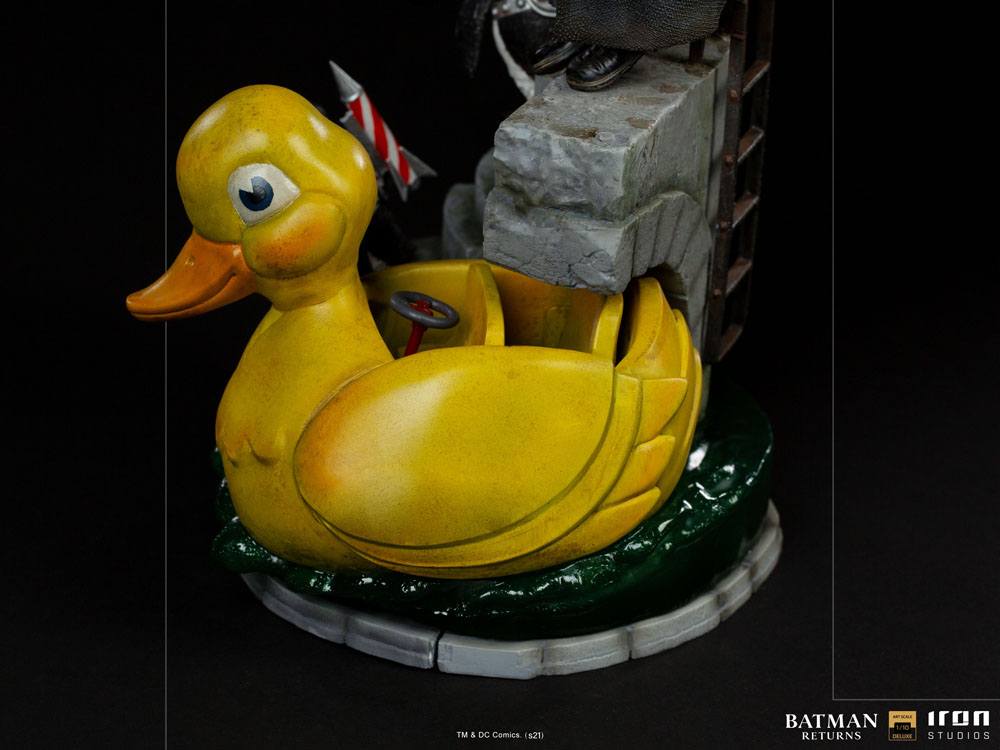 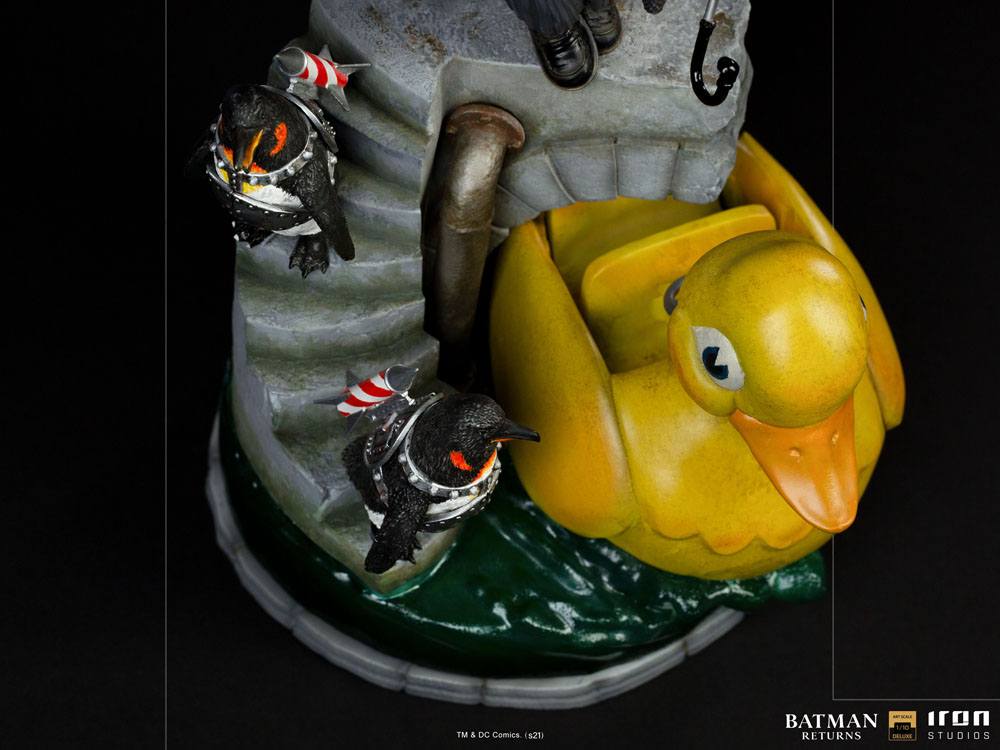 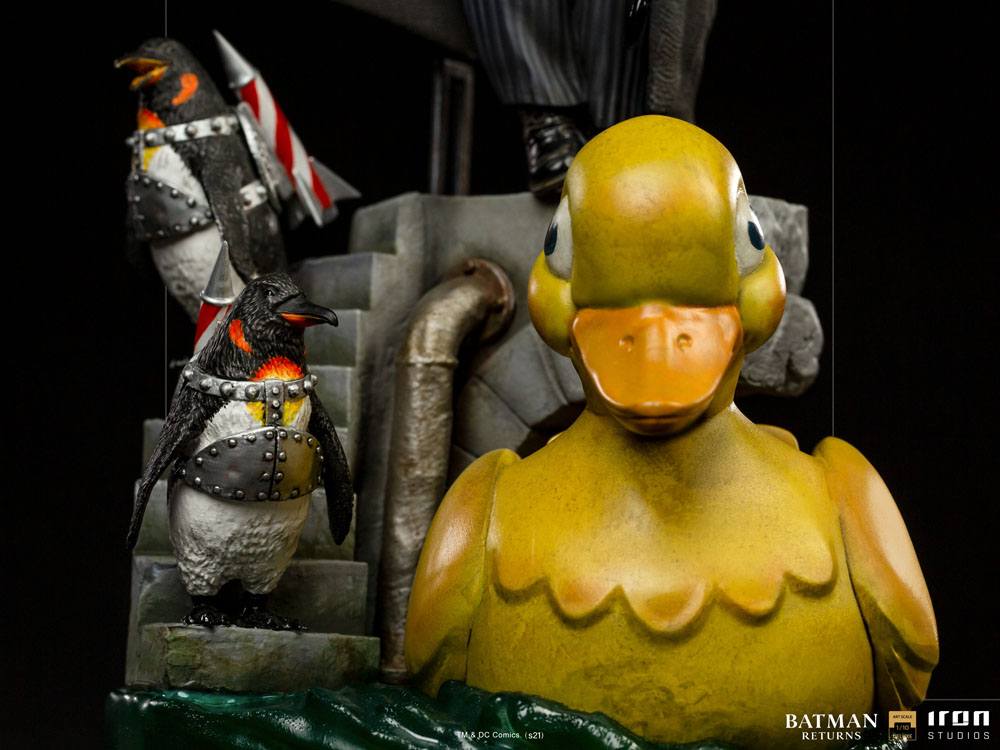 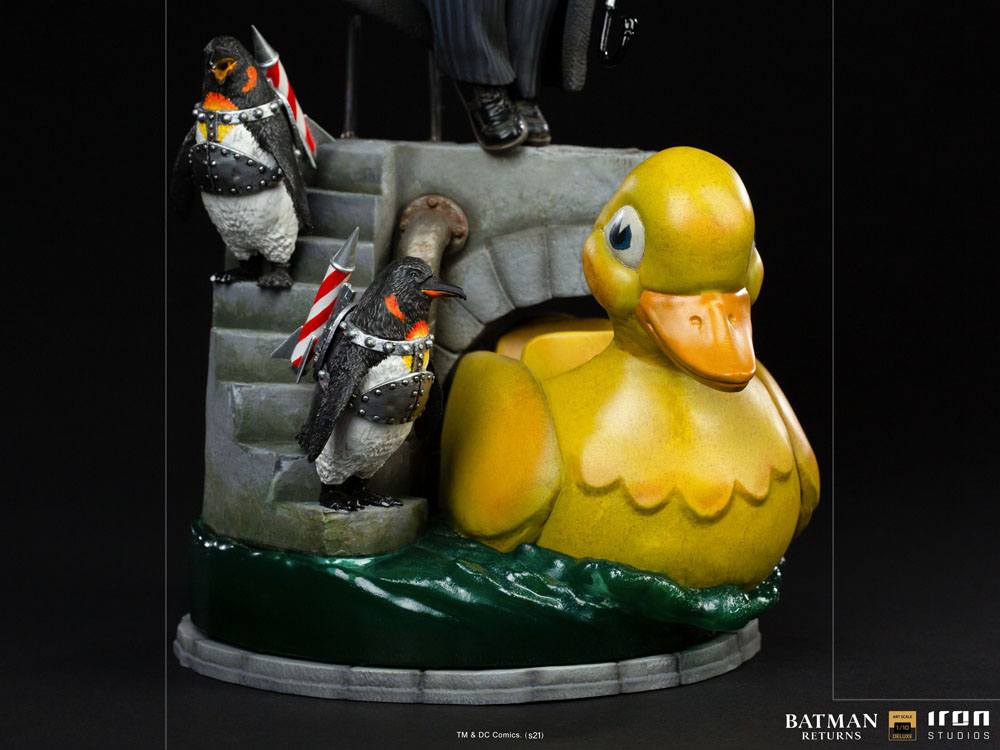 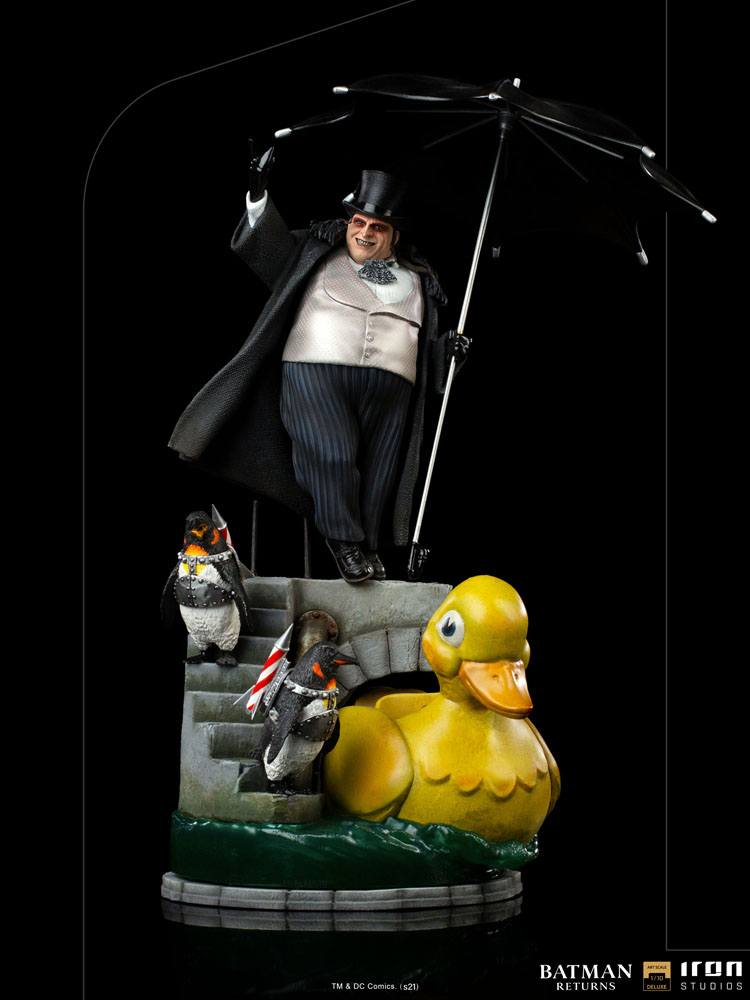 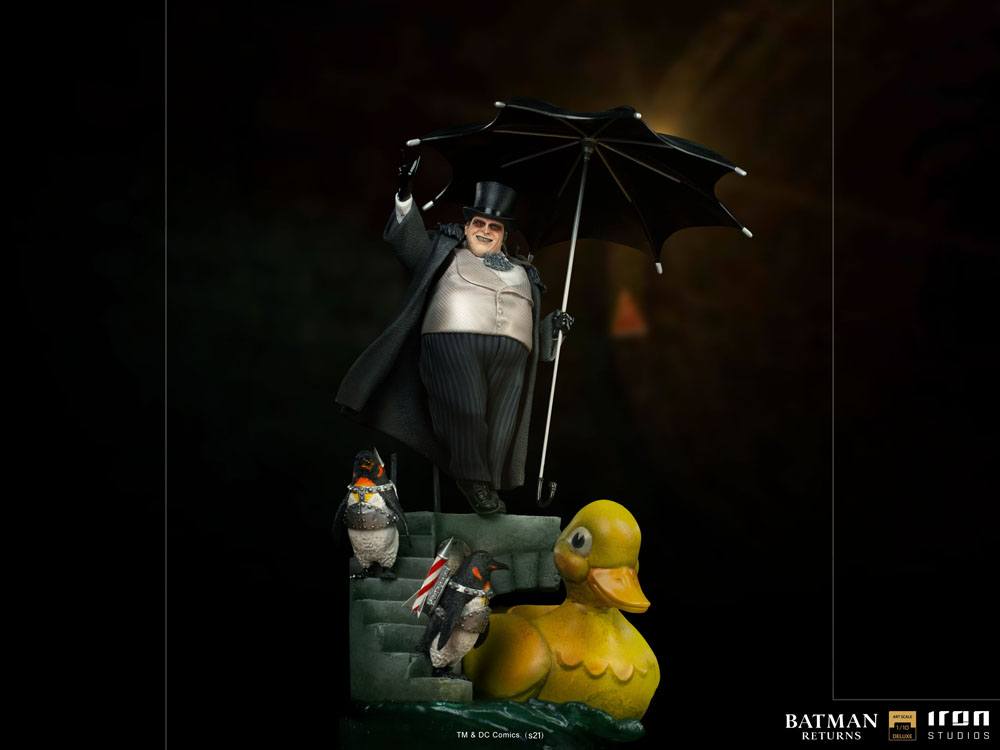 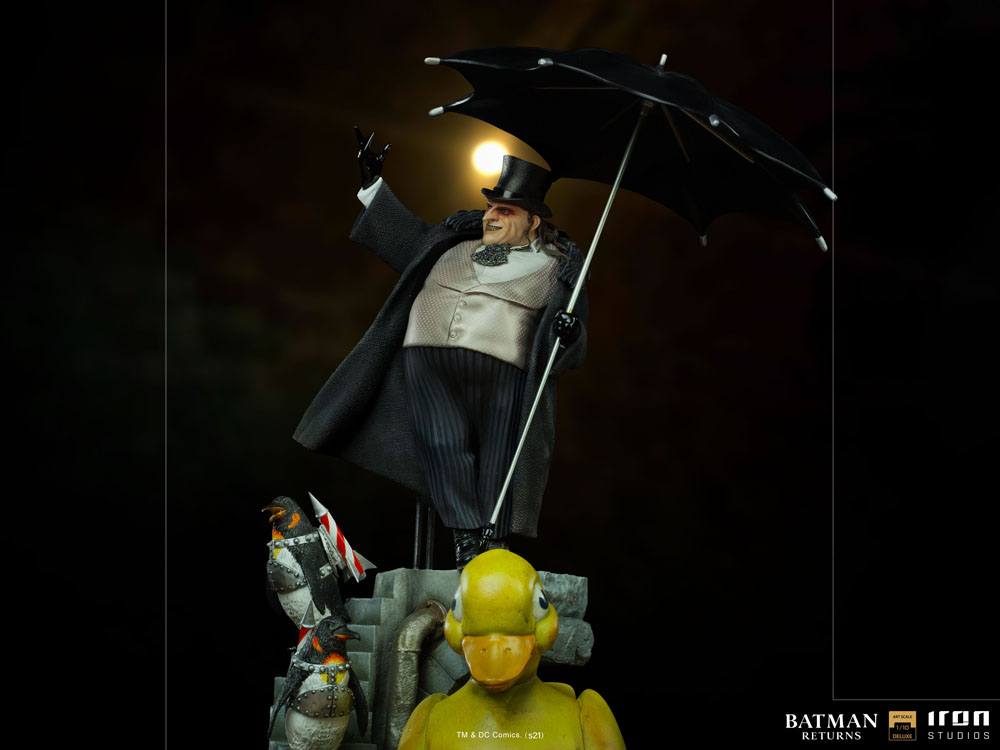 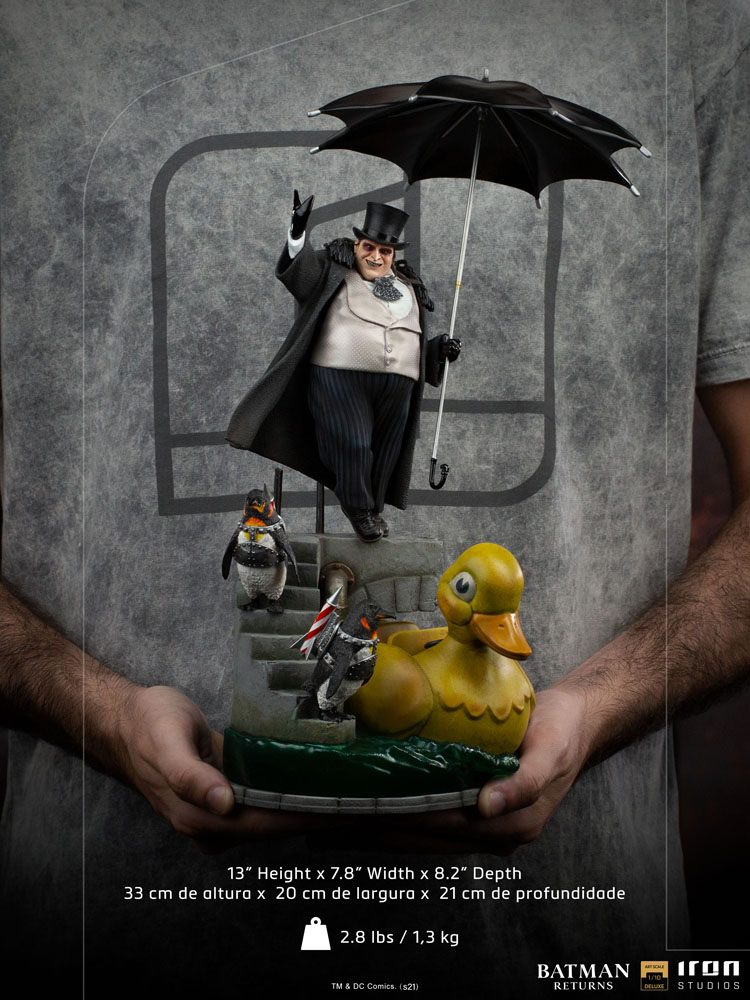 After the success of the Batman film of the year 1989, which marked the 50th anniversary of the debut of the Batman, a sequel was inevitable, so in 1992, again under the direction of Tim Burton and Michael Keaton as Bruce Wayne / Batman, the film “Batman Returns” brought the Dark Knight back to theaters, thus creating his first film franchise. In this sequel Gotham’s night protector faces Max Shreck (Christopher Walken), a corrupt tycoon, the enigmatic Catwoman played by Michelle Pfeiffer, and the fearsome Penguin, by Danny DeVito, who seeks revenge against the society that rejected him. A success among fans and critics, it was nominated for two Oscars: Best Visual Effects and Best Makeup.

With his origins diverging from the comic books, Oswald Cobblepot, the Penguin, was born in Gotham’s aristocracy of high society, but due to his deformities he is abandoned by his parents as a baby. Supposedly created as the attraction of a freak show, thirty-three years later he returns as the leader of the Red Triangle Circus Gang, looking for revenge. This version of him in this film is much more tragic and malevolent, compared to his original comic book version which is more comical, and according to Burton, it was inspired by the classic German horror film “Das Cabinet des Dr. Caligari”, of 1920, and visually influenced his first version of the animated series Batman, by Bruce Timm and Paul Dini of the same year.

With a sadistic smile, the villain lands with one of his special umbrellas, which contains a device that makes him spin like a propeller and makes him a type of flying artifact. Dressed in his formal attire, with a top hat and an overcoat in shades of black and gray, in this way Iron Studios presents his figure, represented in the ” Penguin Deluxe Art Scale 1/10 – Batman Returns – Iron Studios” at the top of a diorama base, with the staircase in front of him, which takes him to his lair, where two of his pet penguins precede him, adorned with armor on his chests and carrying guided explosives, and just below his feet is his peculiar vehicle , floating duck, coming out of Gotham’s icy underground river galleries. The villain is introduced to pair with the “Catwoman – Batman Returns – Art Scale 1/10” statue of the feline villain announced by Iron Studios (also available for Pre Order), in the line derived from this classic movie by Tim Burton.