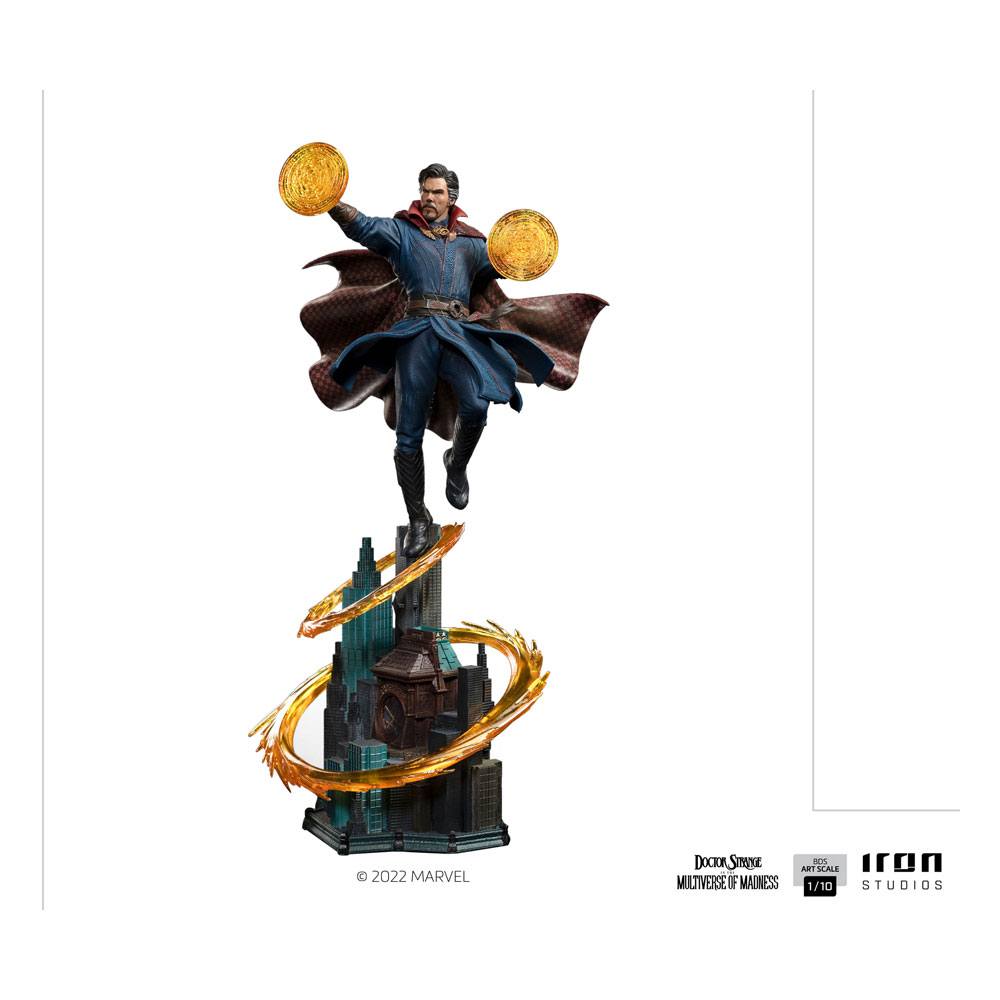 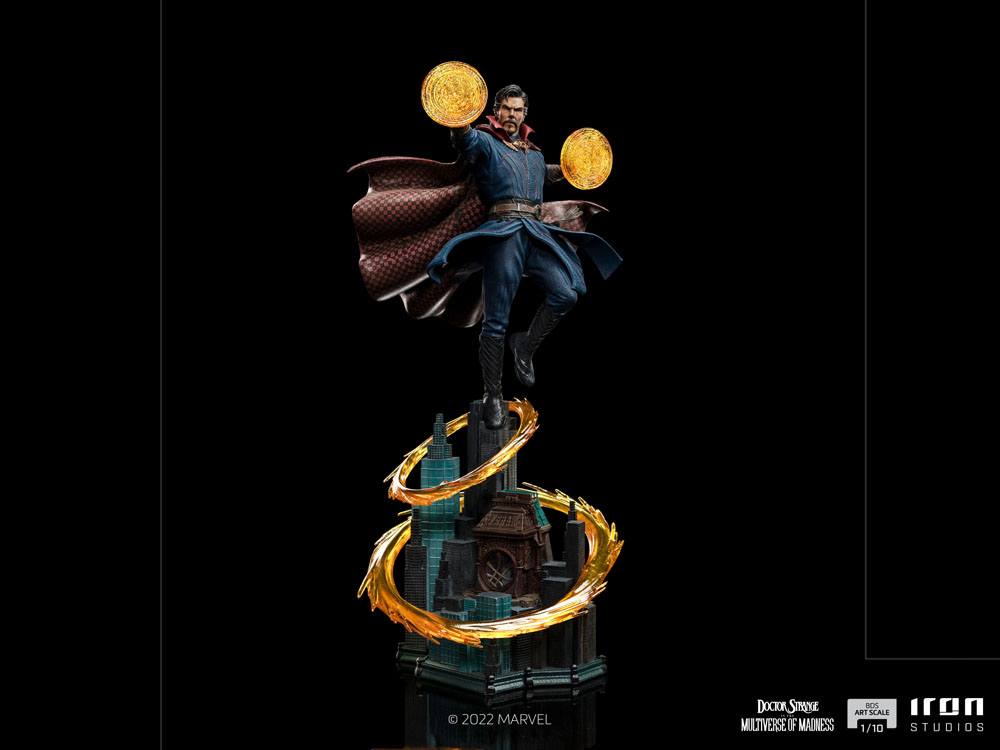 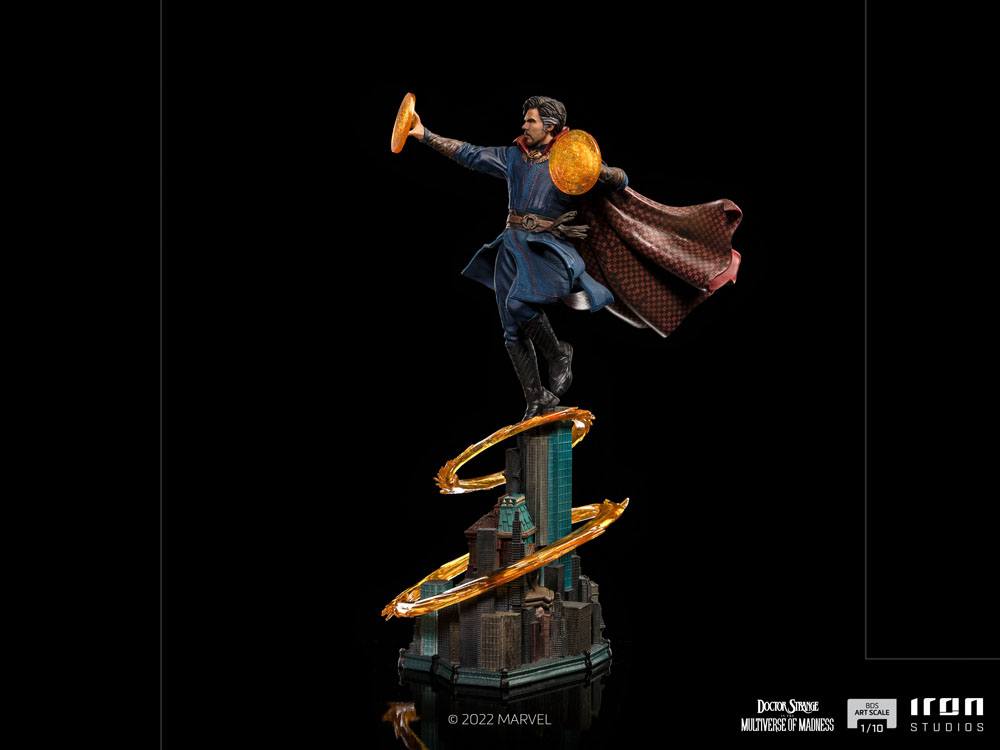 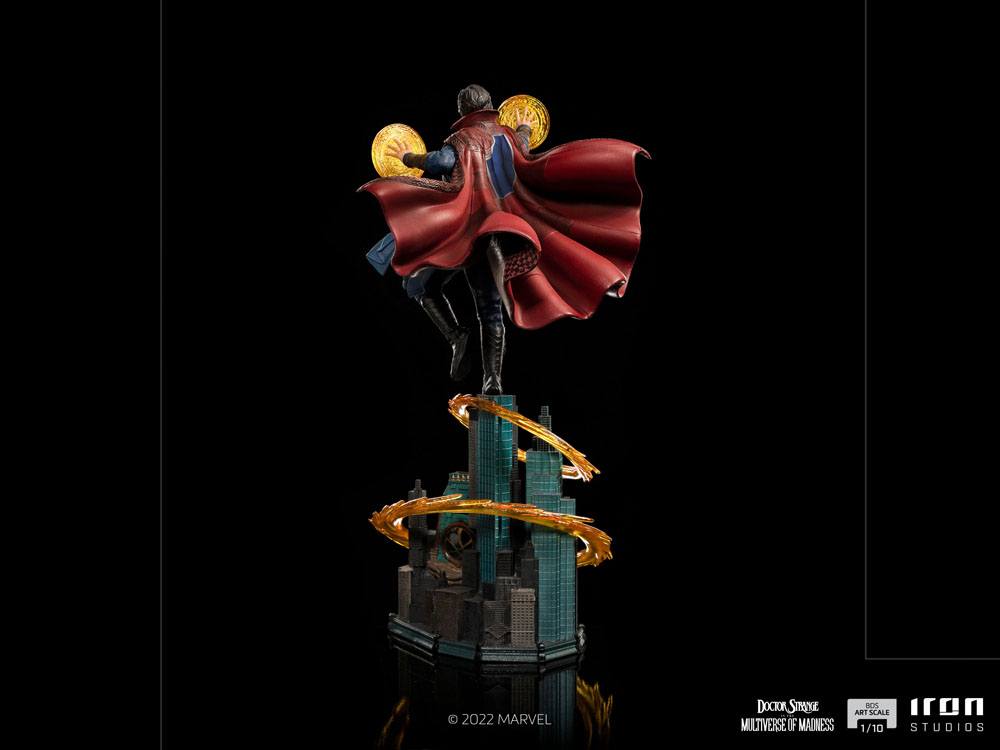 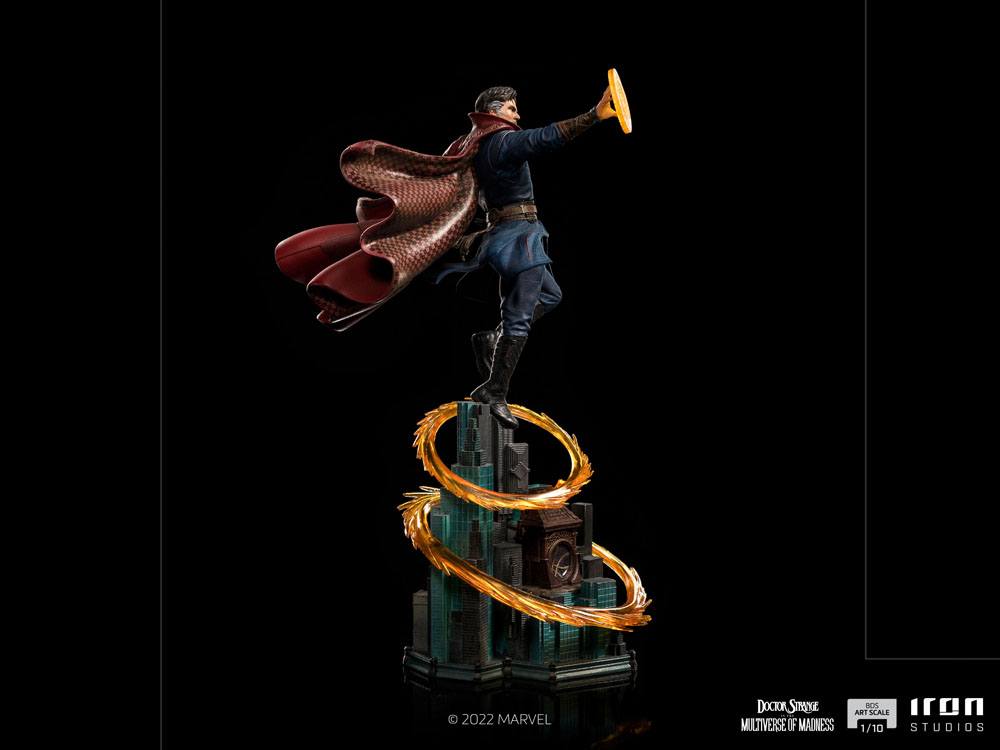 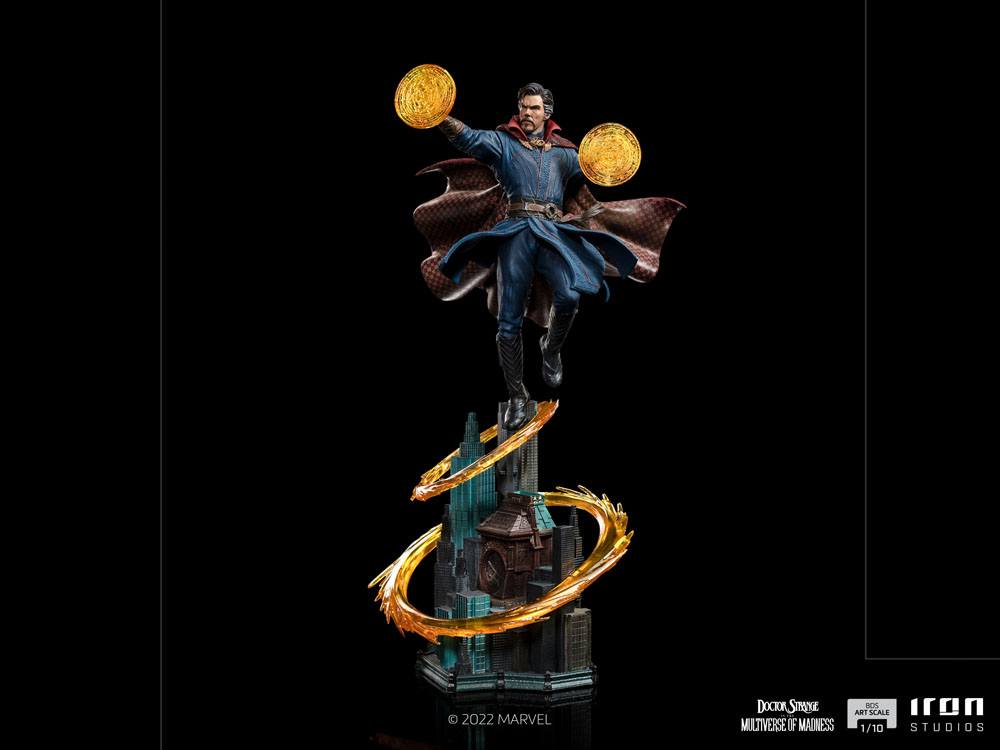 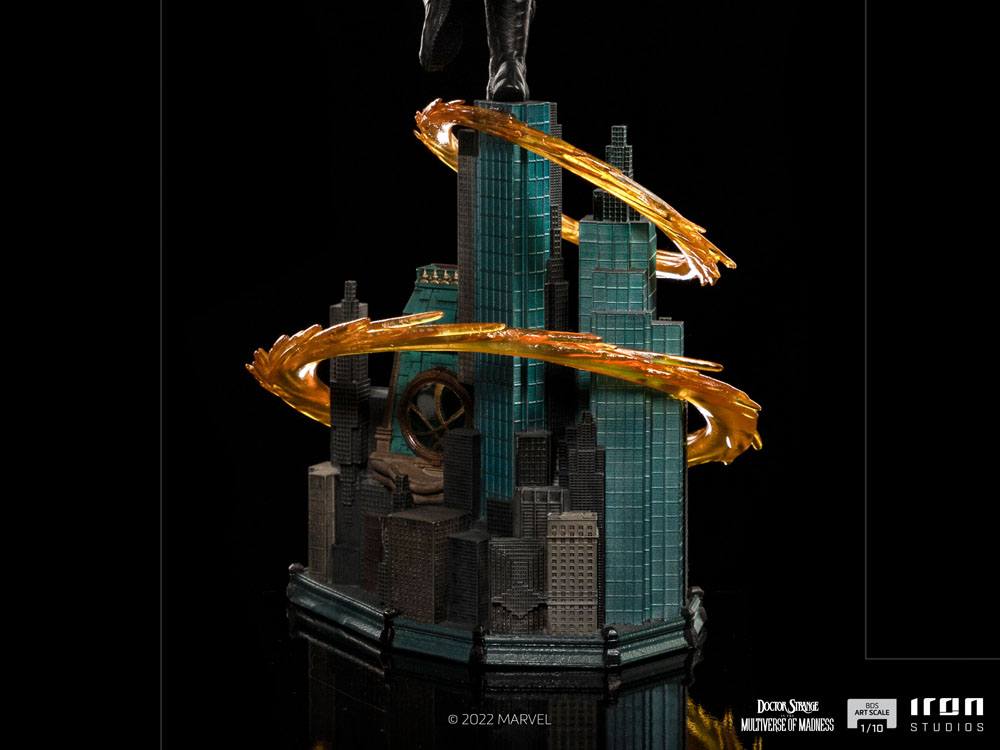 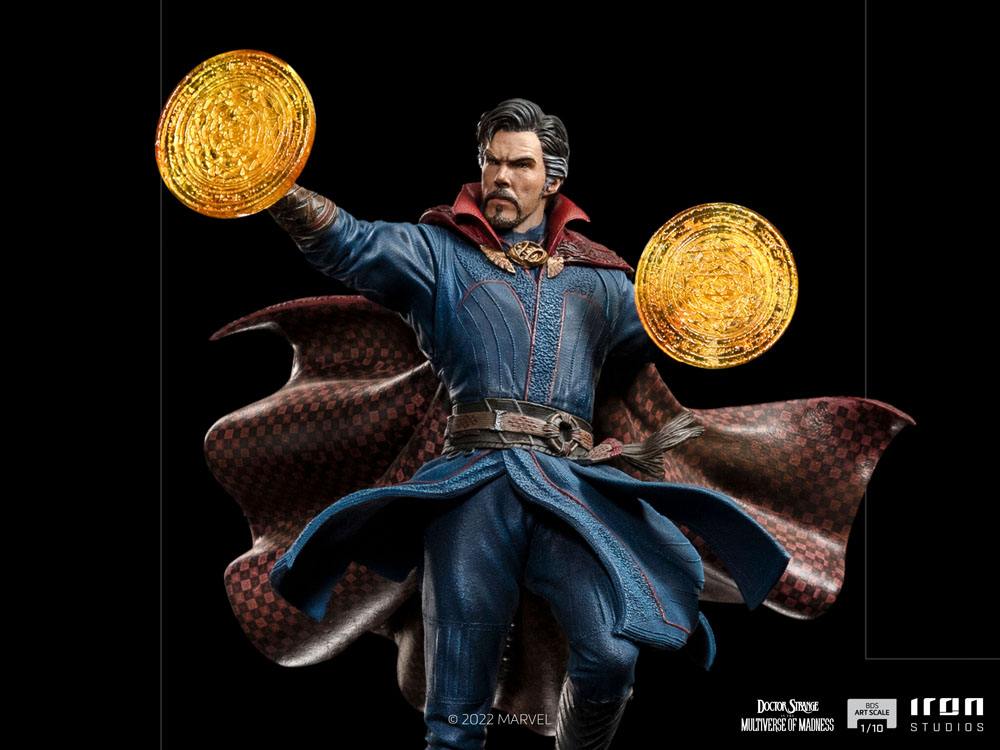 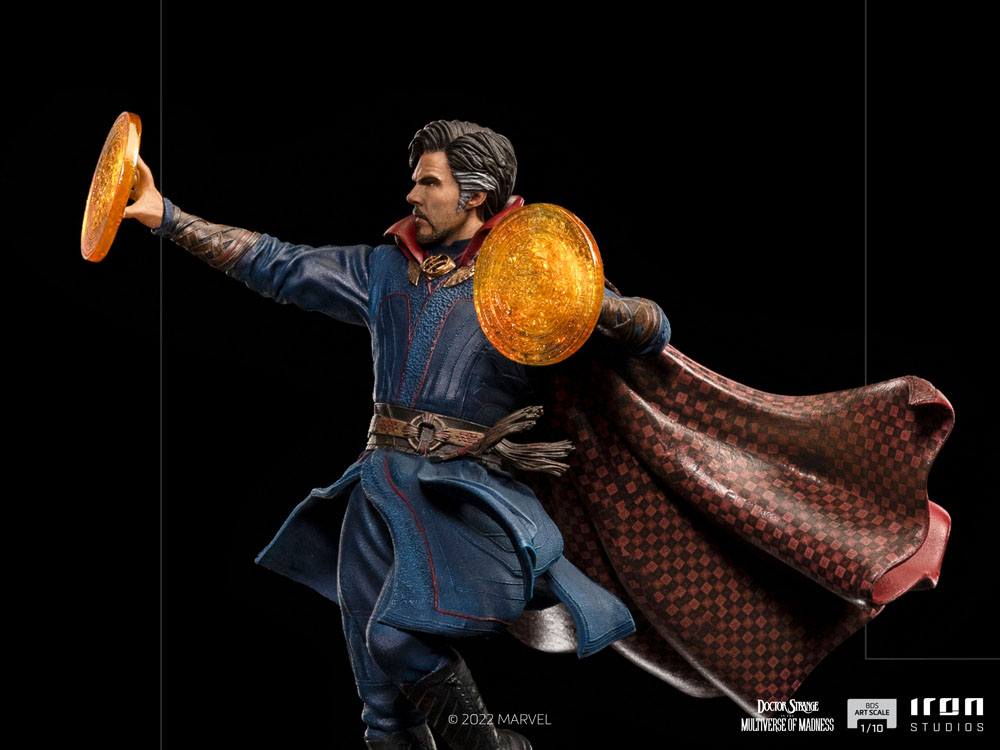 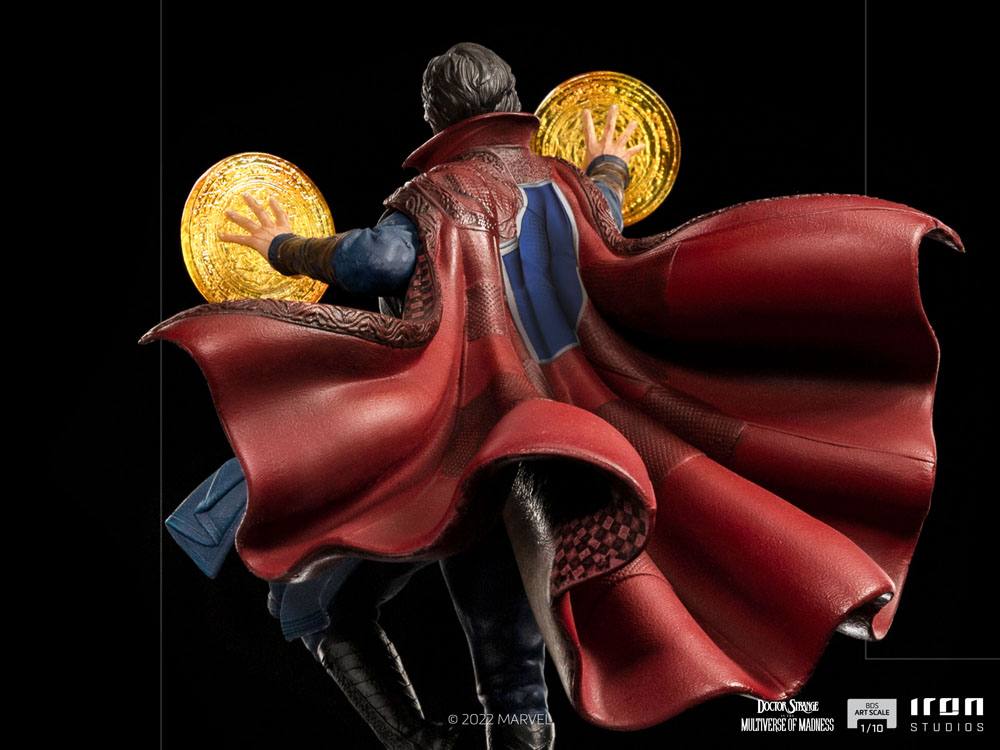 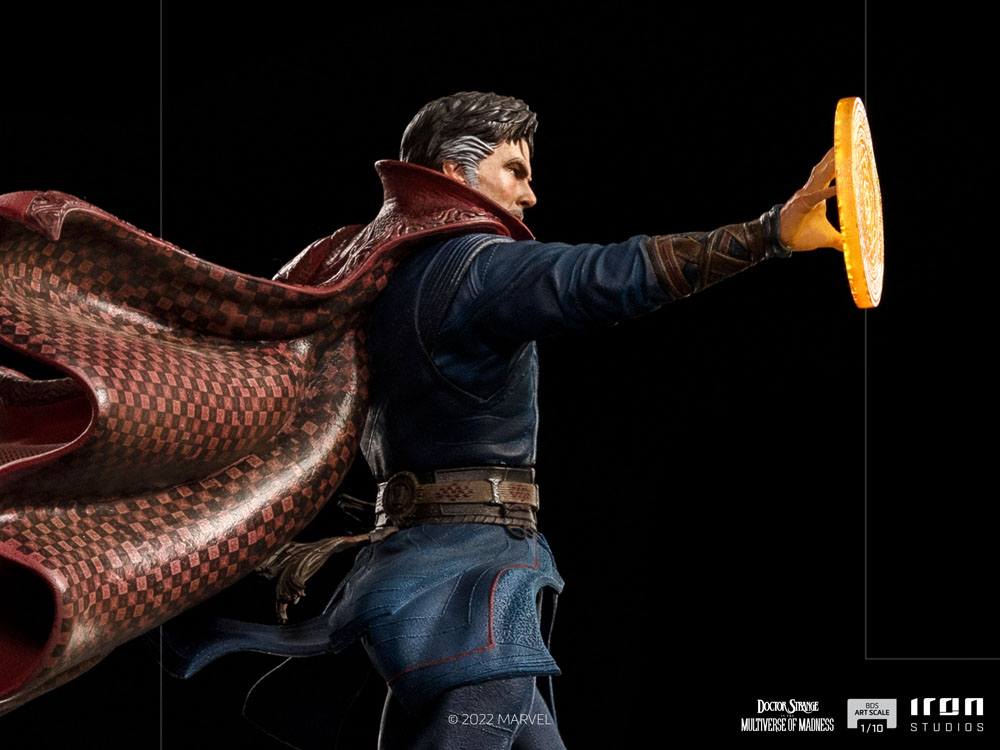 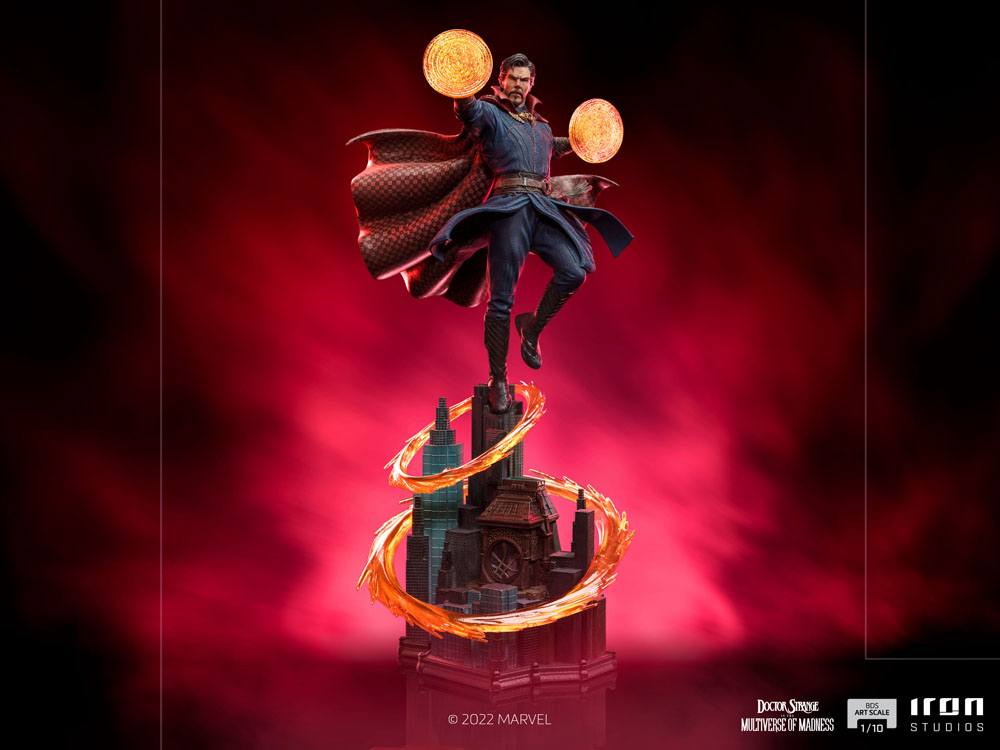 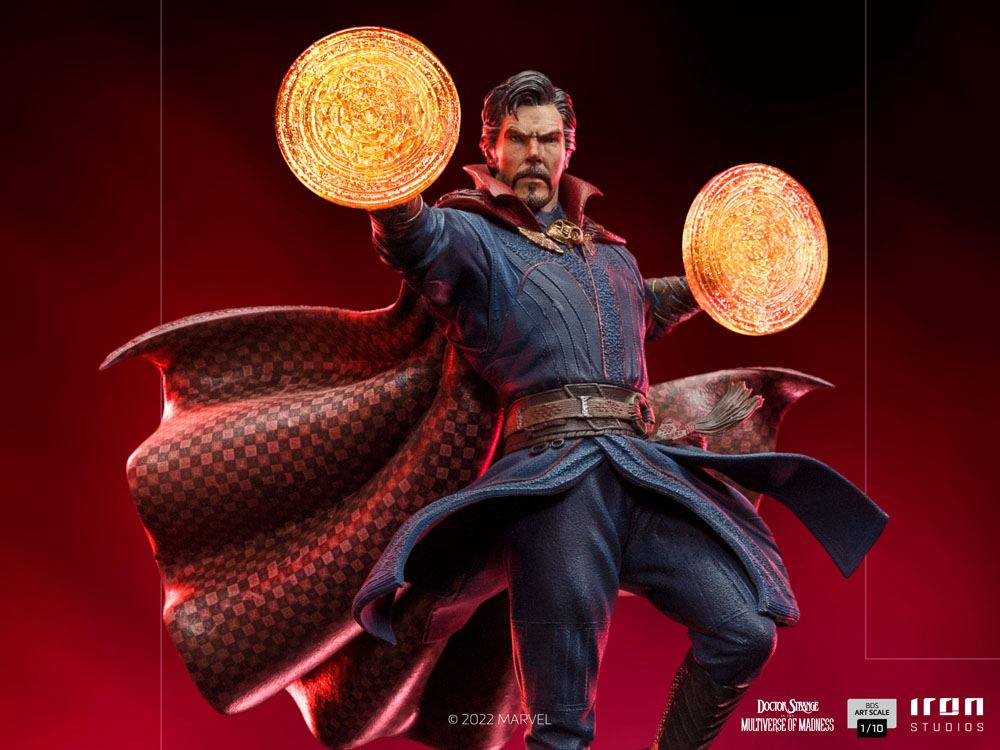 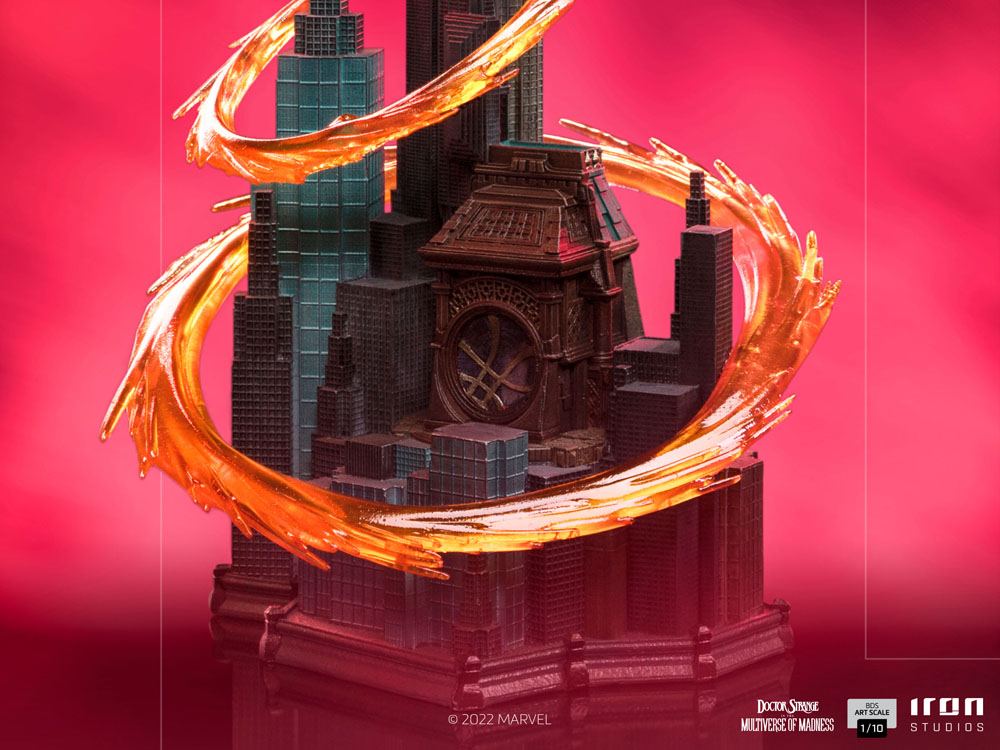 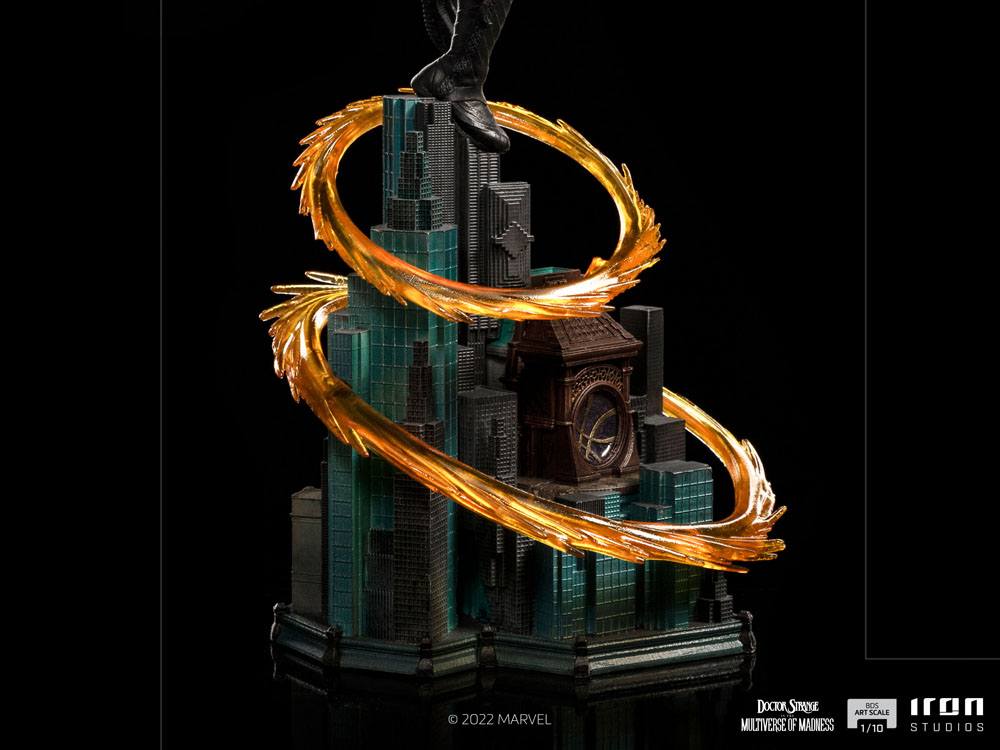 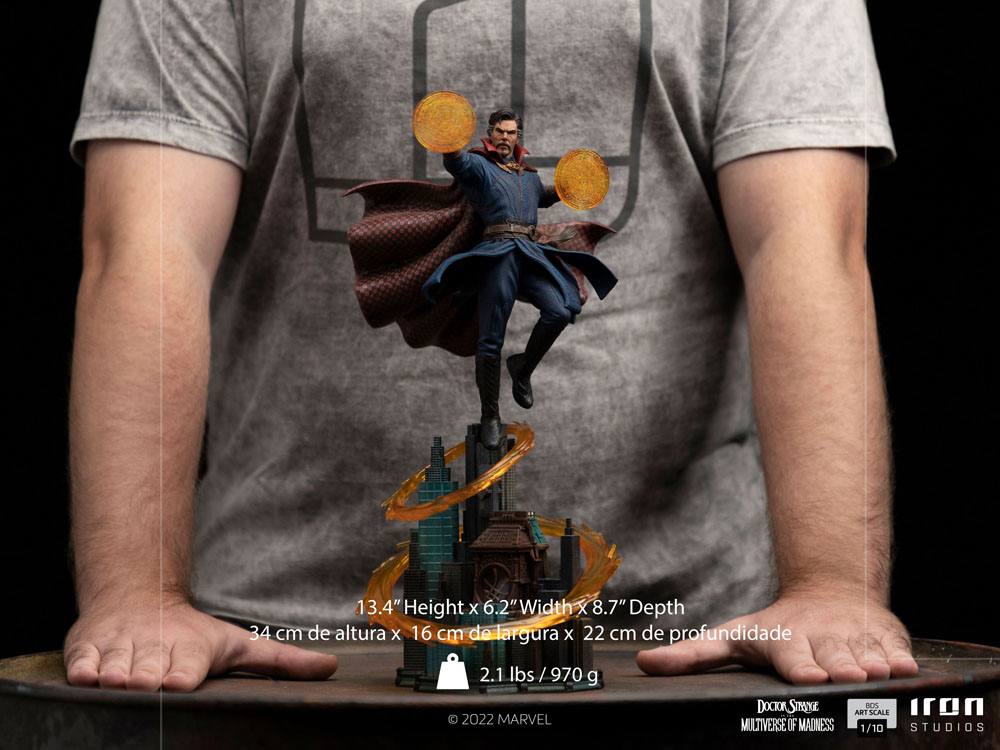 Dr Strange in the Multiverse of Madness 1/10 Stephen Strange

As if they were crossing those portals, Iron Studios present their statue “Stephen Strange BDS – Doctor Strange in the Multiverse of Madness – Art Scale 1/10”, inspired by the second movie of Marvel’s most loved sorcerer.

After beating the interdimensional entity ruler of the Dark Dimension known as Dormammu, Stephen Strange, Dr. Strange, faced Thanos together with the Avengers and his friend and partner Wong in the events of Avengers: Endgame, reversing the damages caused by The Mad Titan and his Infinity Gauntlet. Shortly after, he was wanted by Peter Parker that asked for his help after having his identity as Spider-Man publicly revealed by the villain Mysterio, Stranger conjured a spell to erase that memory from everyone’s minds, but Peter’s interference during its execution corrupted the spell, opening portals to other alternate realities. After an old ally that became his enemy interferes with his plans, Strange triggers an unspeakable evil and is forced to confront a new and dangerous threat, traveling through a multiverse of different realities to face a new and mysterious opponent. Connected with the Disney+ series WandaVision and Loki, the movie Doctor Strange in the Multiverse of Madness brings back the actor Benedict Cumberbatch as the mystic hero, carrying on Phase Four of the MCU, where reality might collapse thanks to the same spell that brought Spider-Man villains from other universes to the Avengers’ world.

Directed by Sam Raimi, the twenty-eighth movie from the MCU arrives in the movie theaters and Iron Studios bring their representation of the Sorcerer on a statue filled with details, with a pedestal that replicates in miniature the city of New York, including the Sanctum Sanctorum, and a careful work from Iron Studios team down to the smallest details on the character’s costume and faithfulness to the actor’s facial features. Already available for Pre-Order, Iron Studios will open new portals soon to reveal other Marvel’s mystic statues from other dimensions.