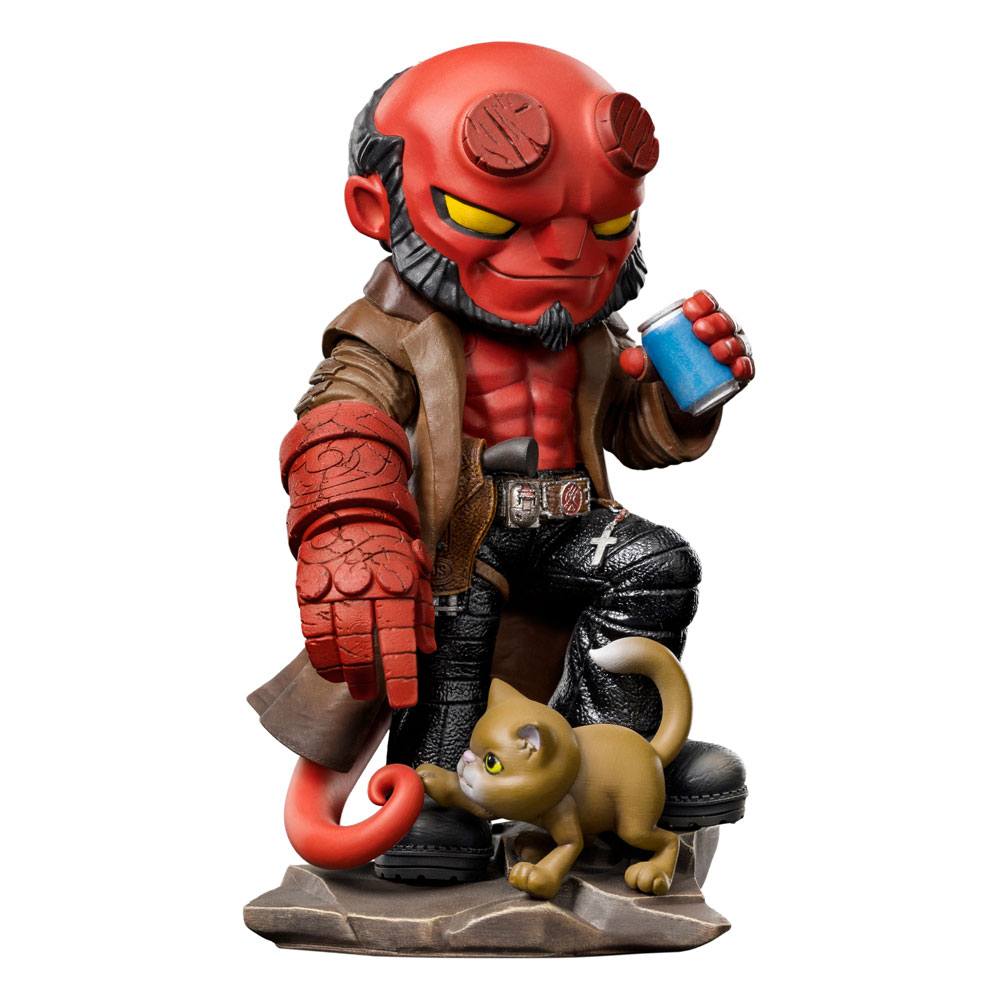 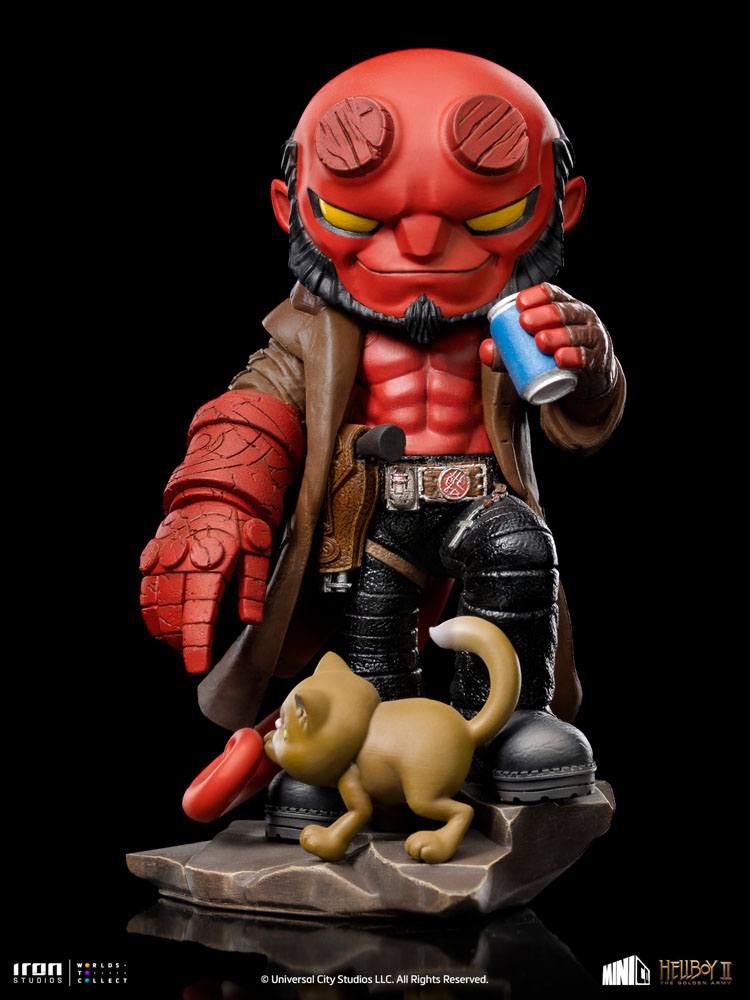 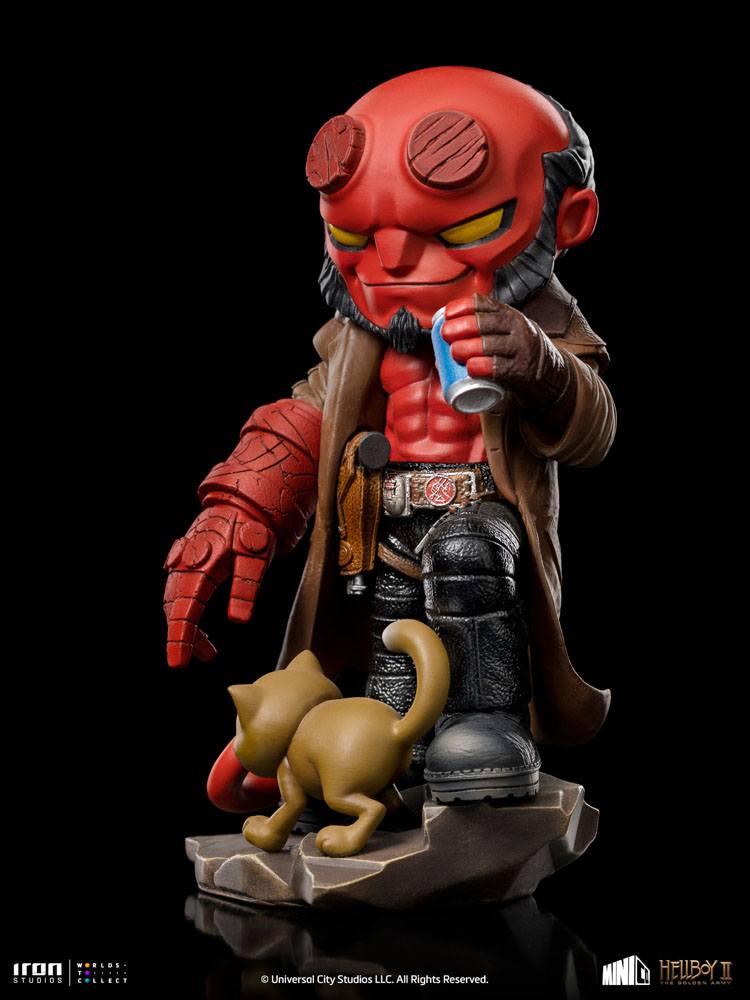 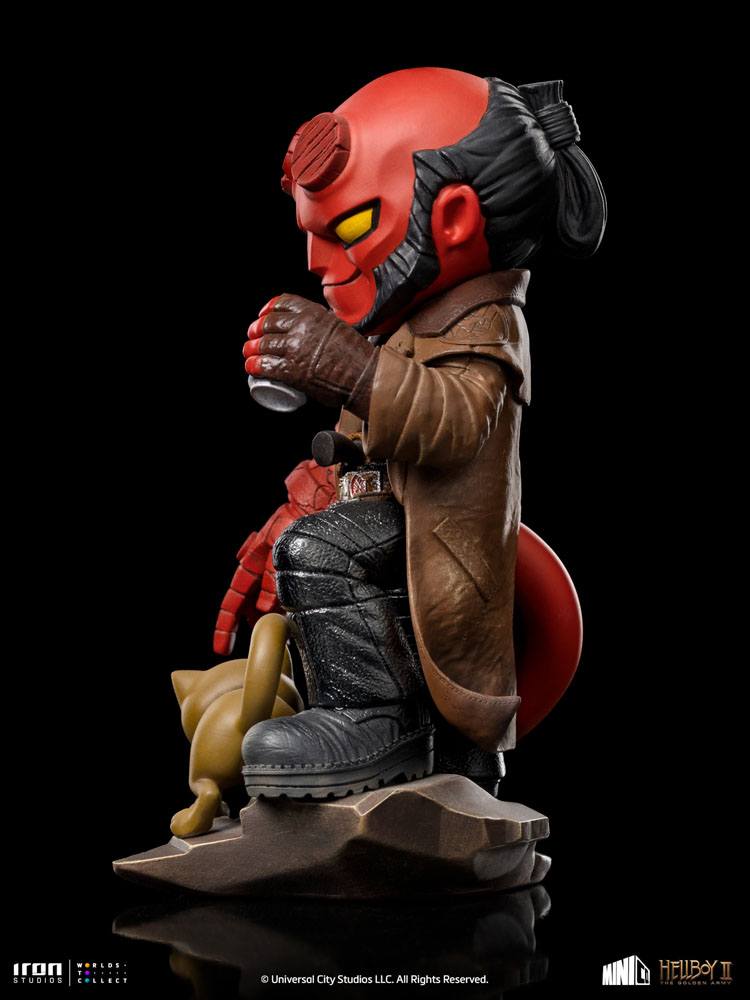 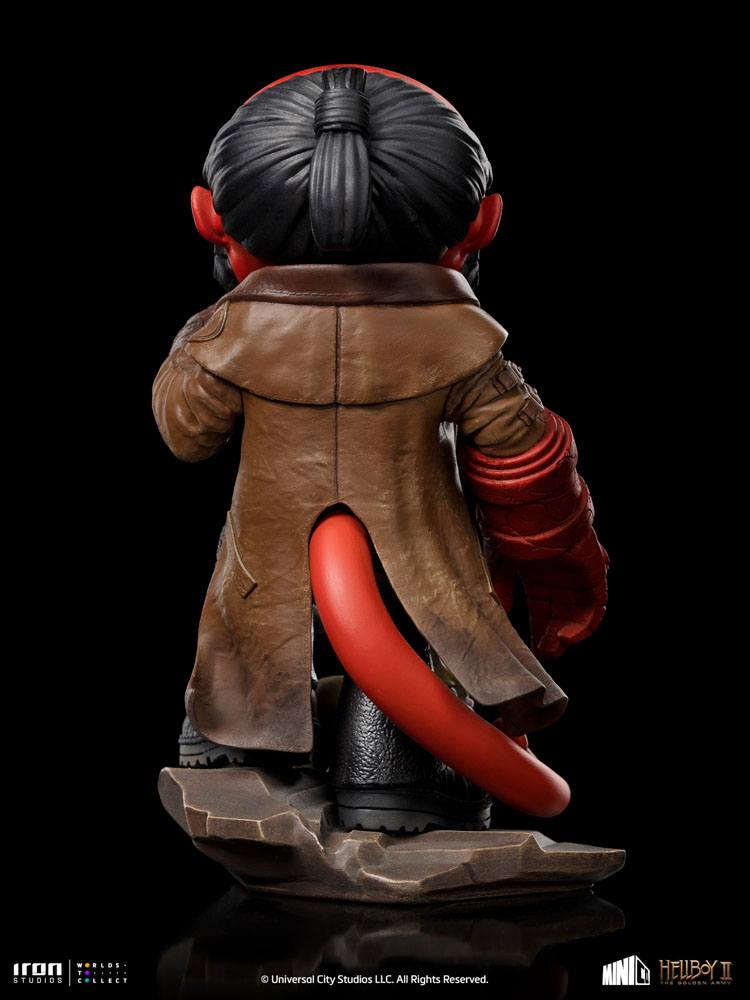 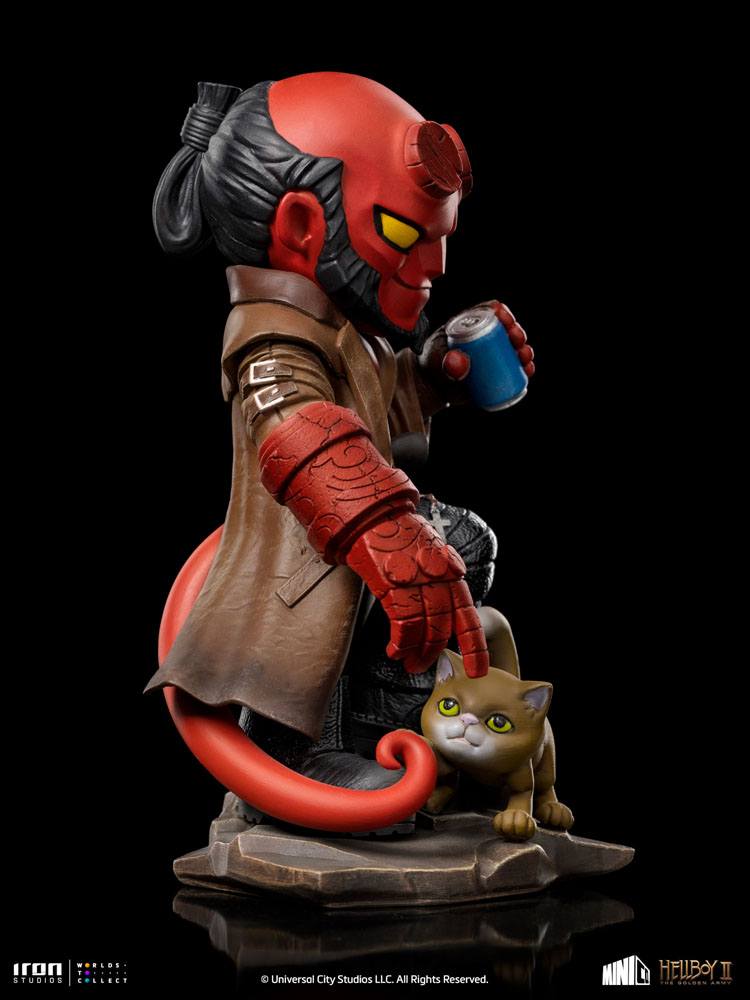 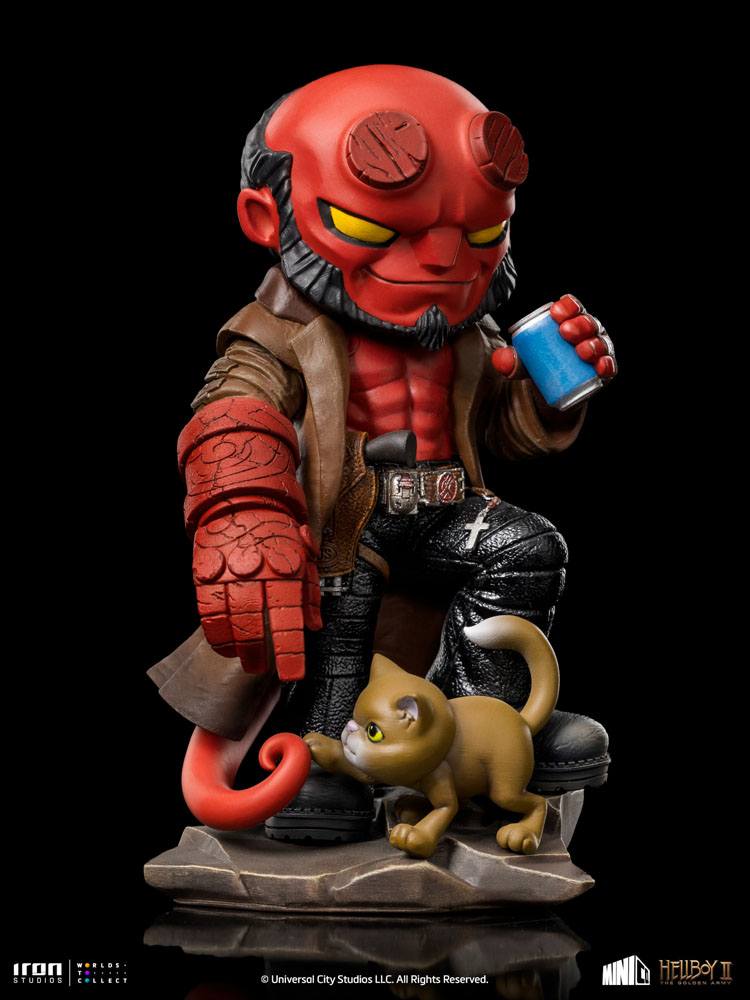 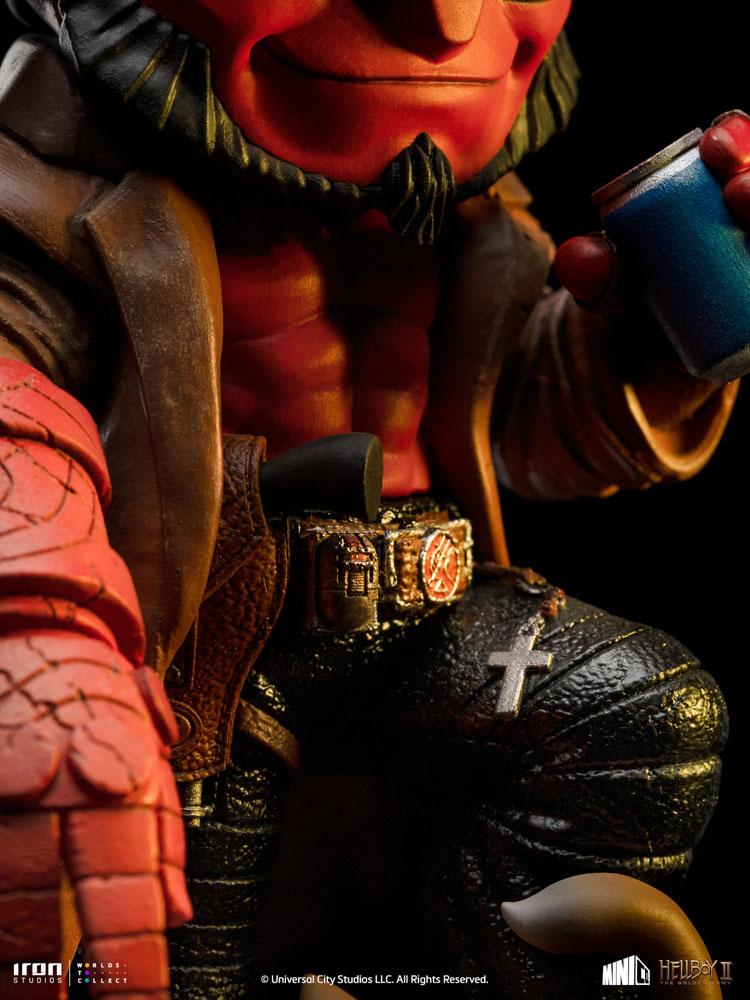 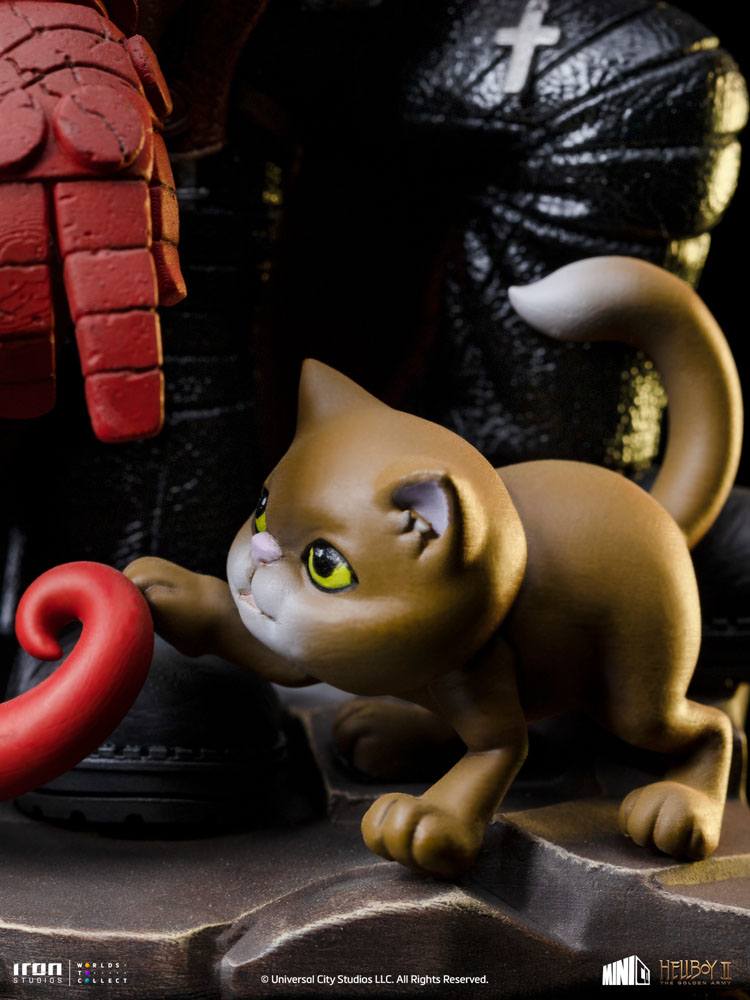 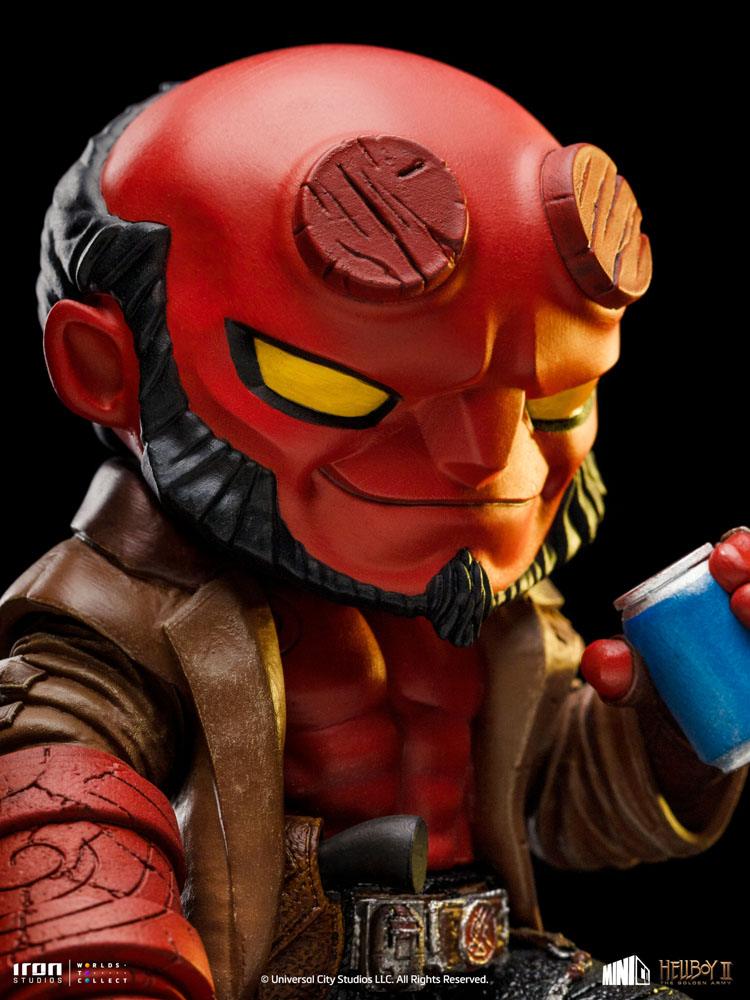 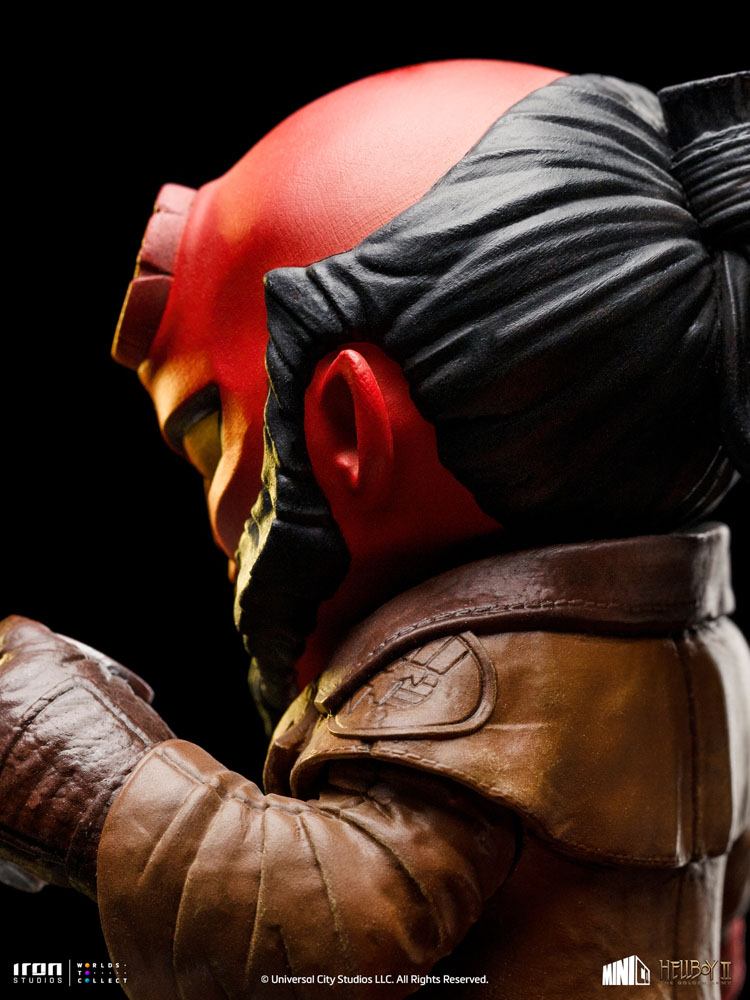 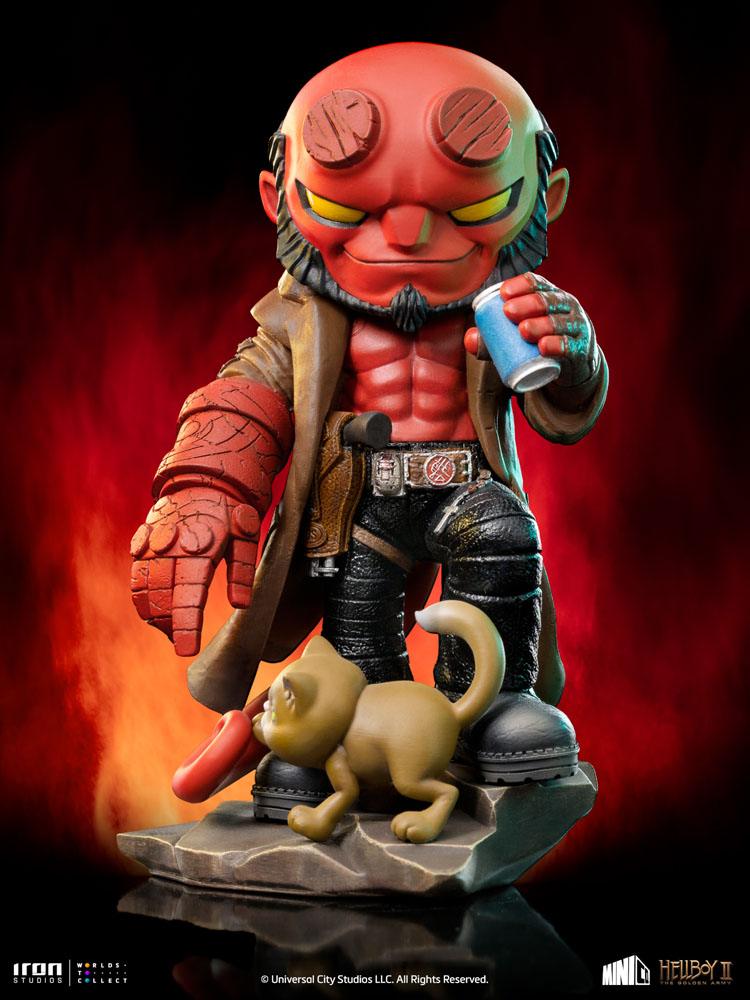 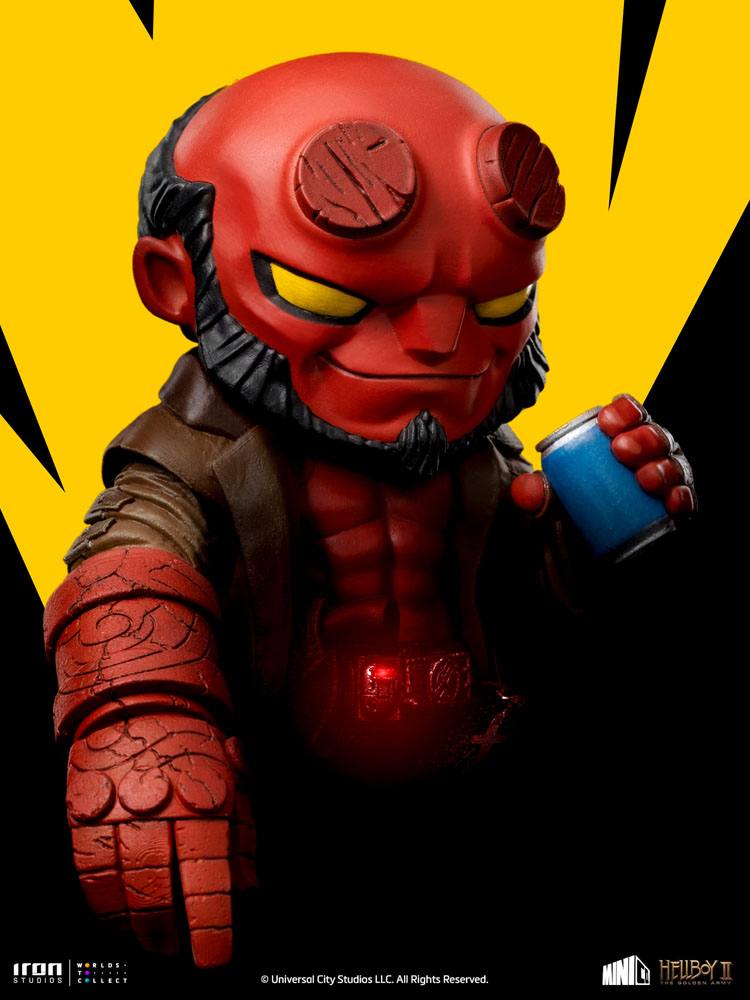 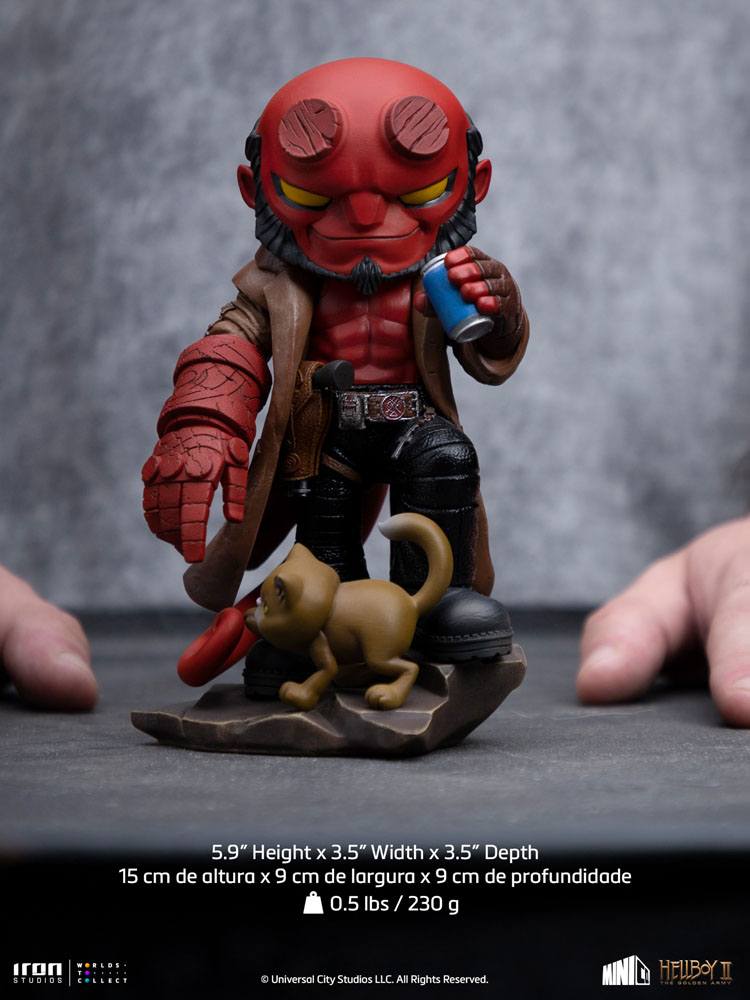 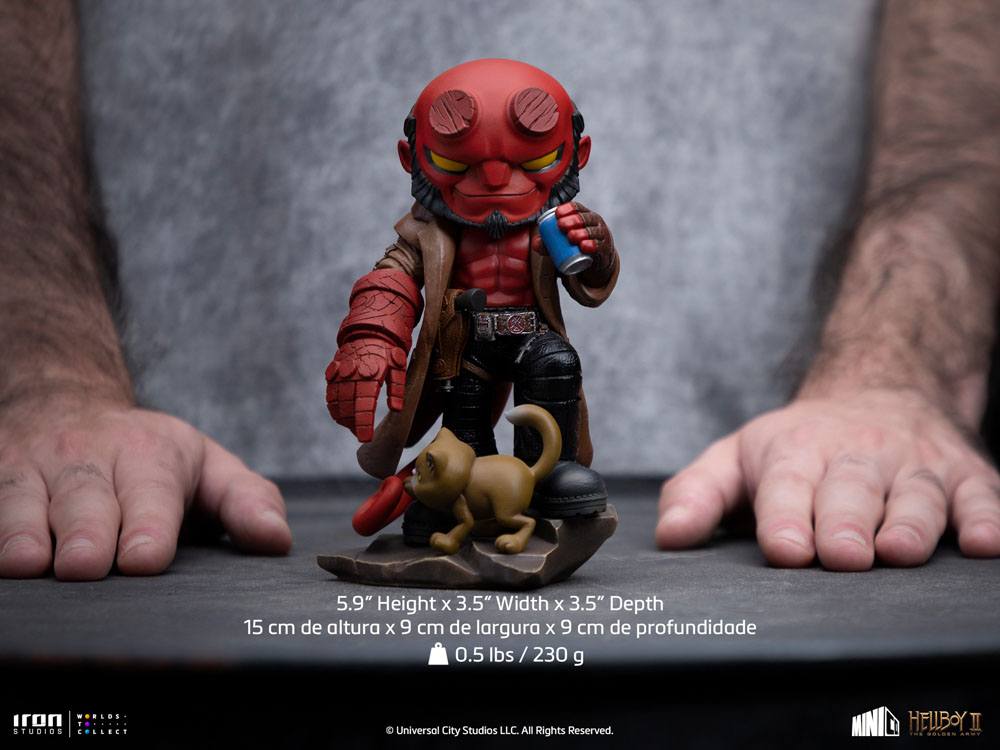 Next to one of his many small feline pets, the red giant with yellow eyes and black hair plays with his kitten using his long tail and his right hand made of stone, while quenching his thirst with a can of his favorite beverage. With the body covered by an overcoat and wearing tactical pants and boots, he brings the Samaritan on his waist, an extremely large weapon used for eliminating monsters, in a holster attached to a belt with a buckle bearing the B.P.R.D logo, an organization of which he is part of. One of the most beloved and charismatic modern heroes in the comics, movies, animations, and video games gets his first statue by Iron Studios in the stylized Toy Art version “Hellboy – Hellboy – MiniCo”, inspired by his original movie from 2004 written and directed by the iconic Guillermo del Toro.

At the end of World War II, villains built a dimensional portal to release monstrous creatures trapped in deep space. A team of Allied Soldiers led by Professor Trevor Bruttenholm (nicknamed Professor Broom) were able to stop them by destroying the portal, but in the short period of time it was opened, it brought a peculiar child with a right hand made of stone. Rescued by the soldiers that named him Hellboy, he was adopted and raised as Professor Broom’s son, that founded the B.P.R.D (Bureau for Paranormal Research and Defense) to secretly keep the world safe from paranormal threats. Nowadays, Hellboy works at B.P.R.D next to a Taskforce made of special individuals with enhanced skills, and specially trained human agents, to face the threat of dark and supernatural sinister forces.