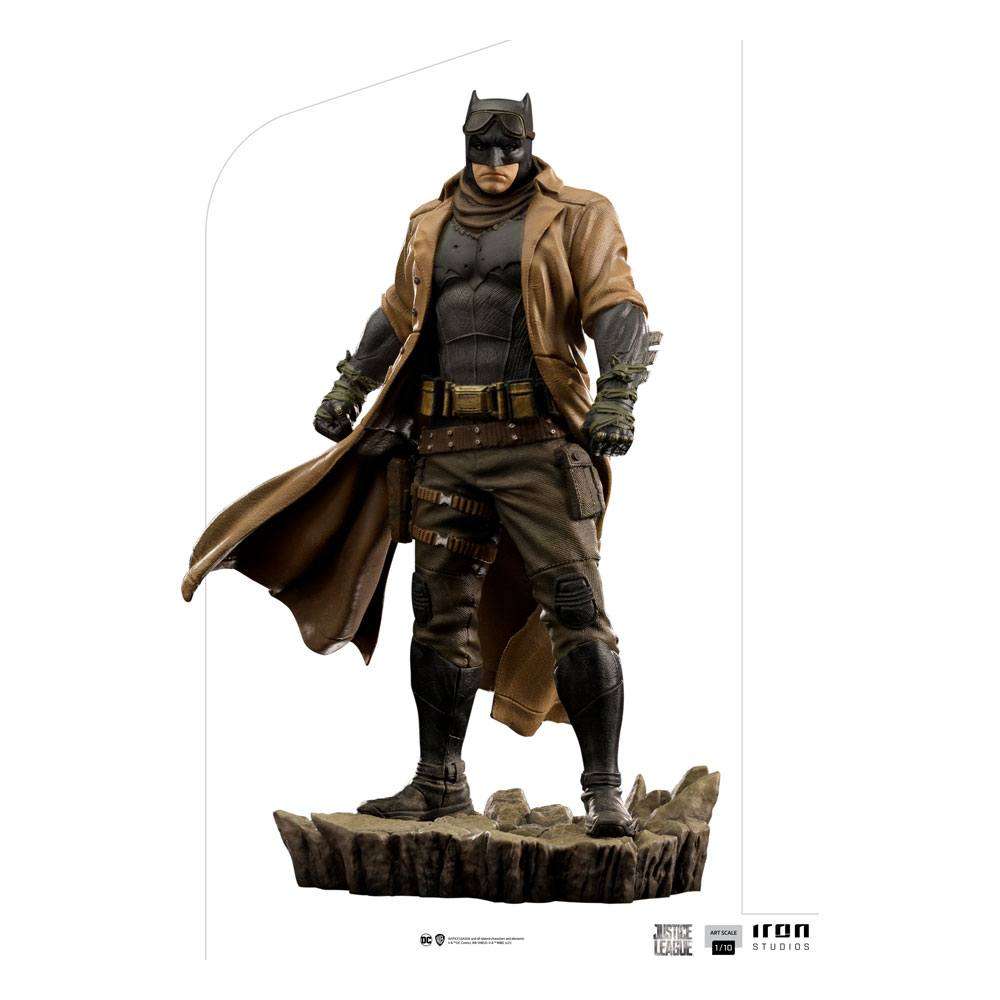 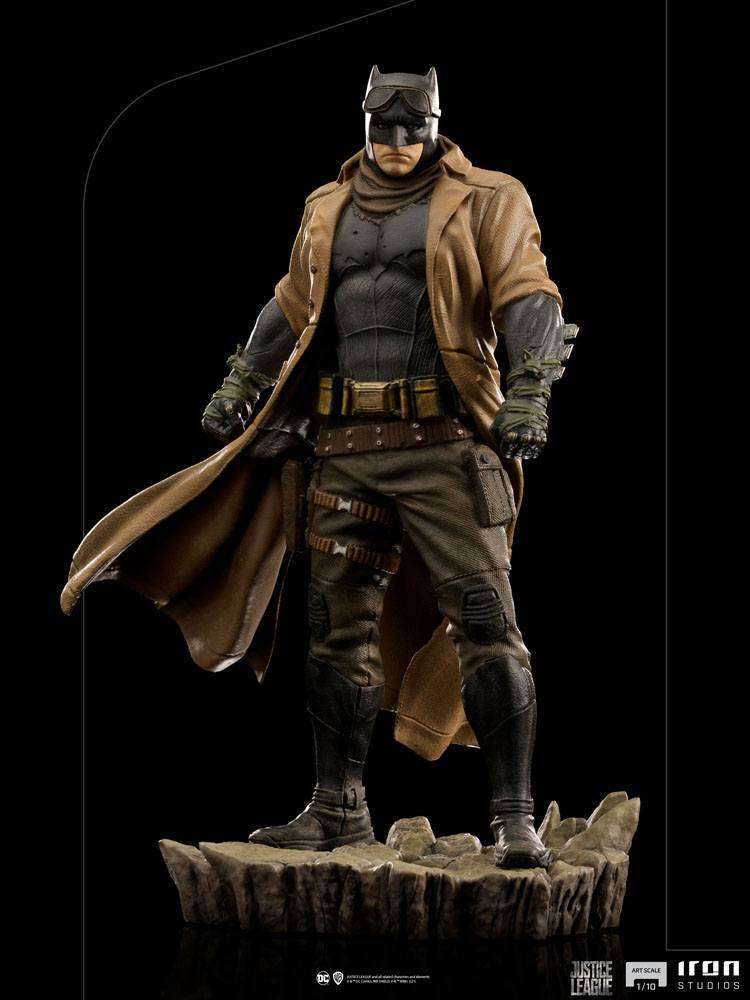 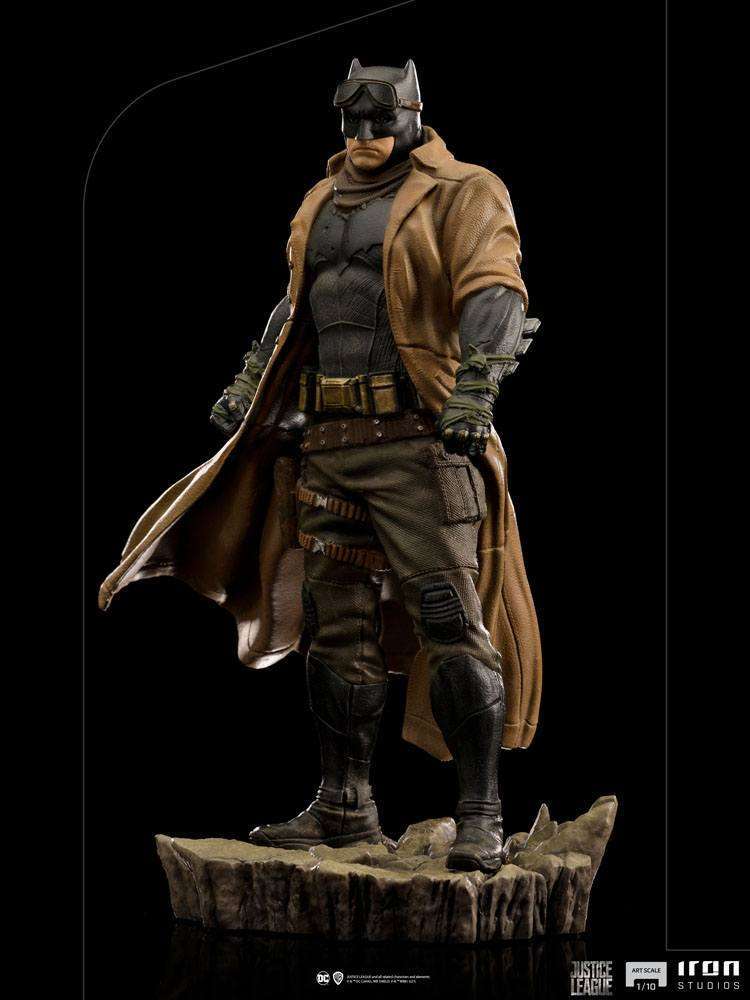 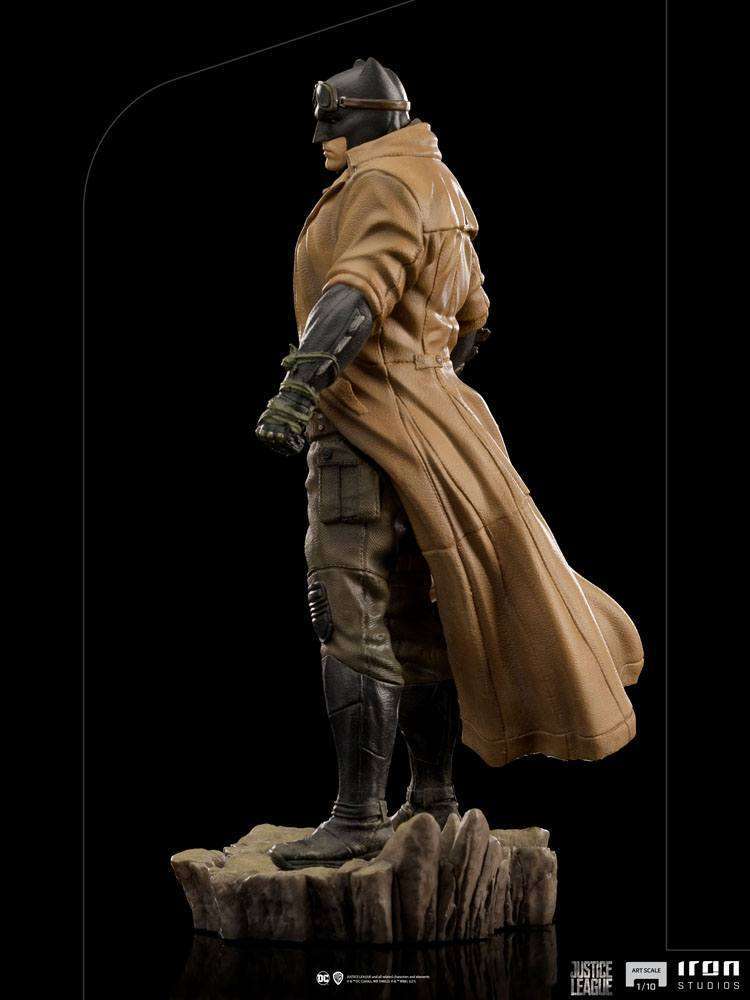 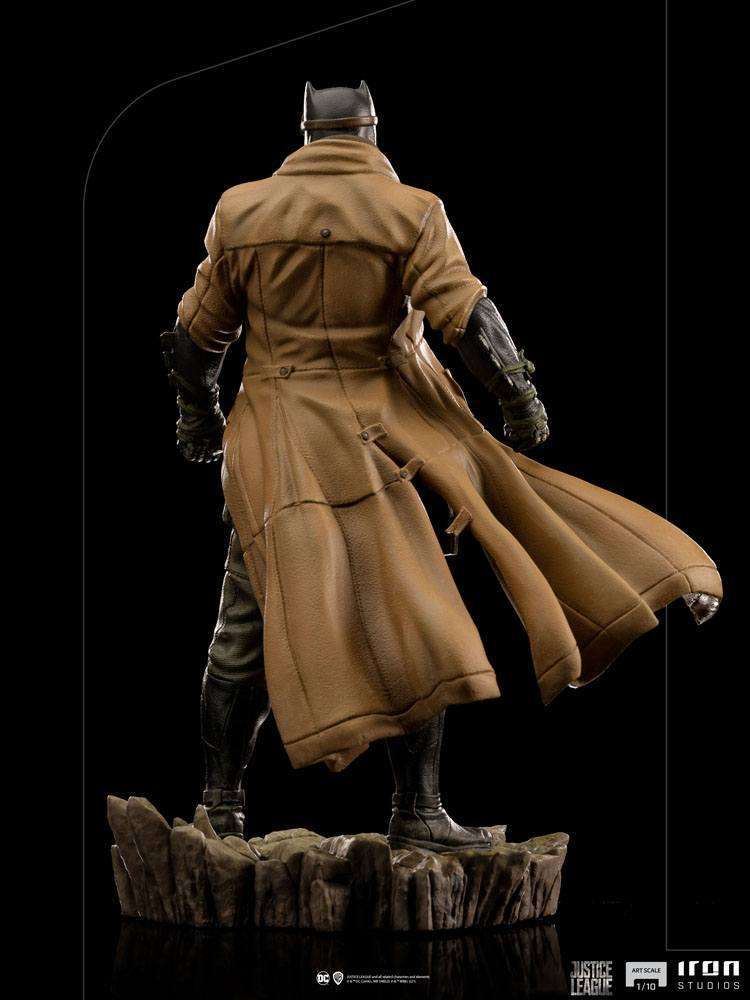 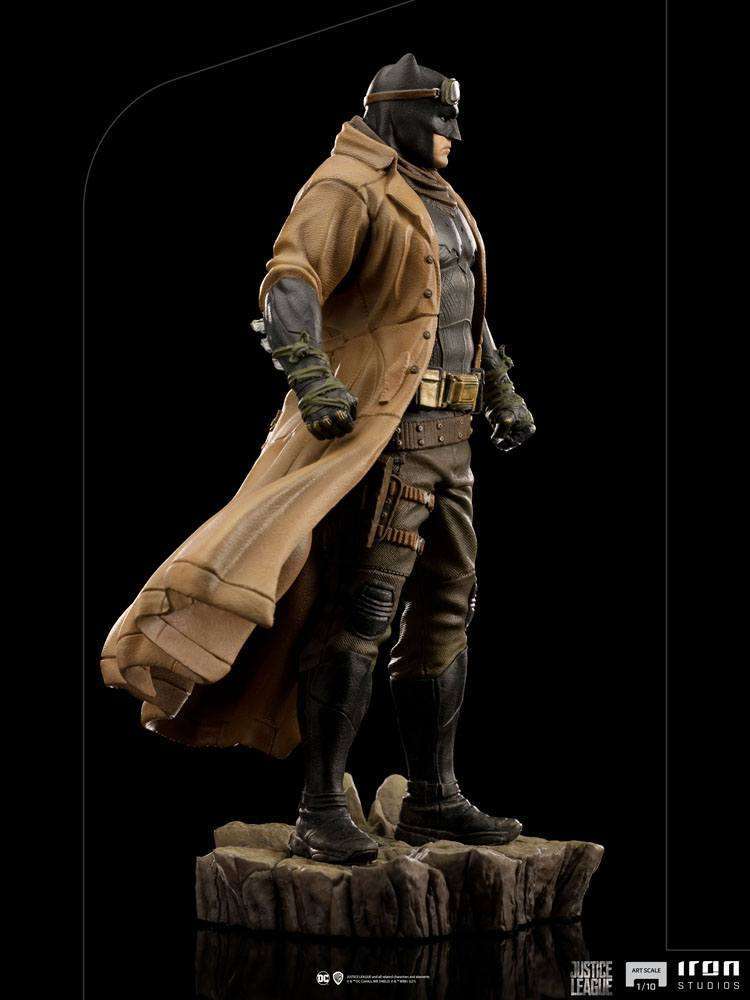 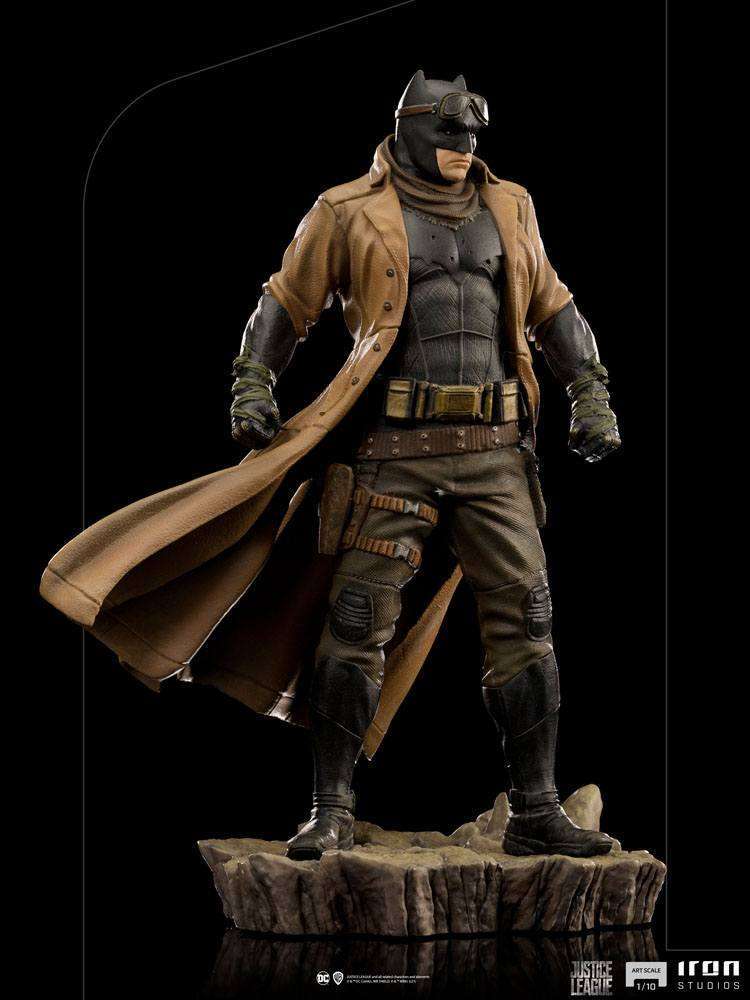 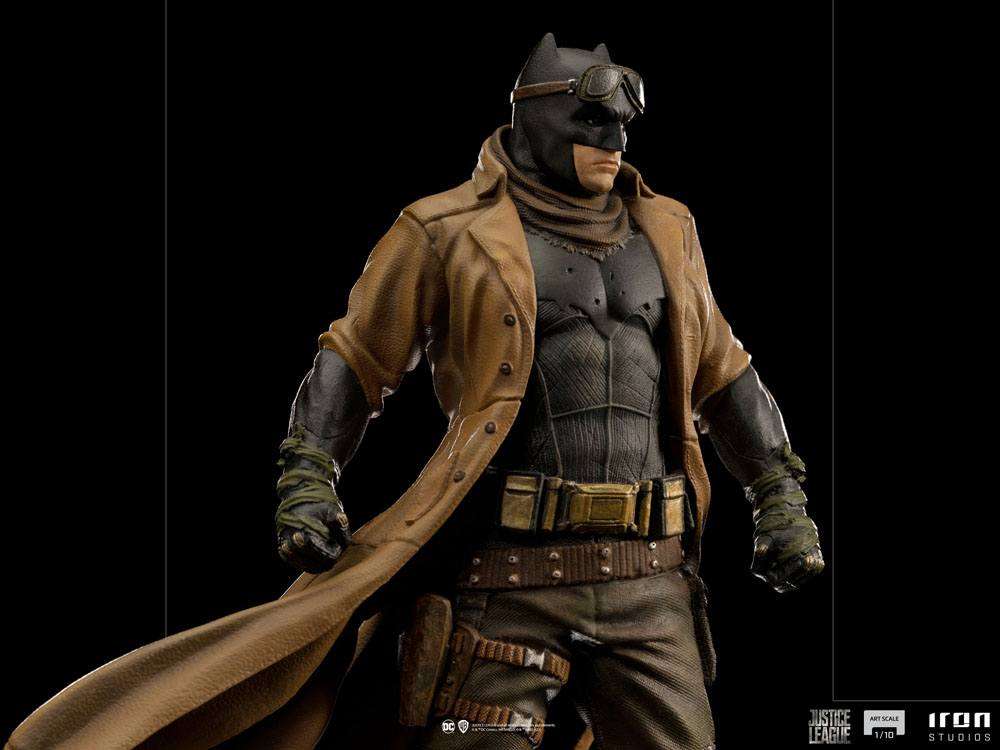 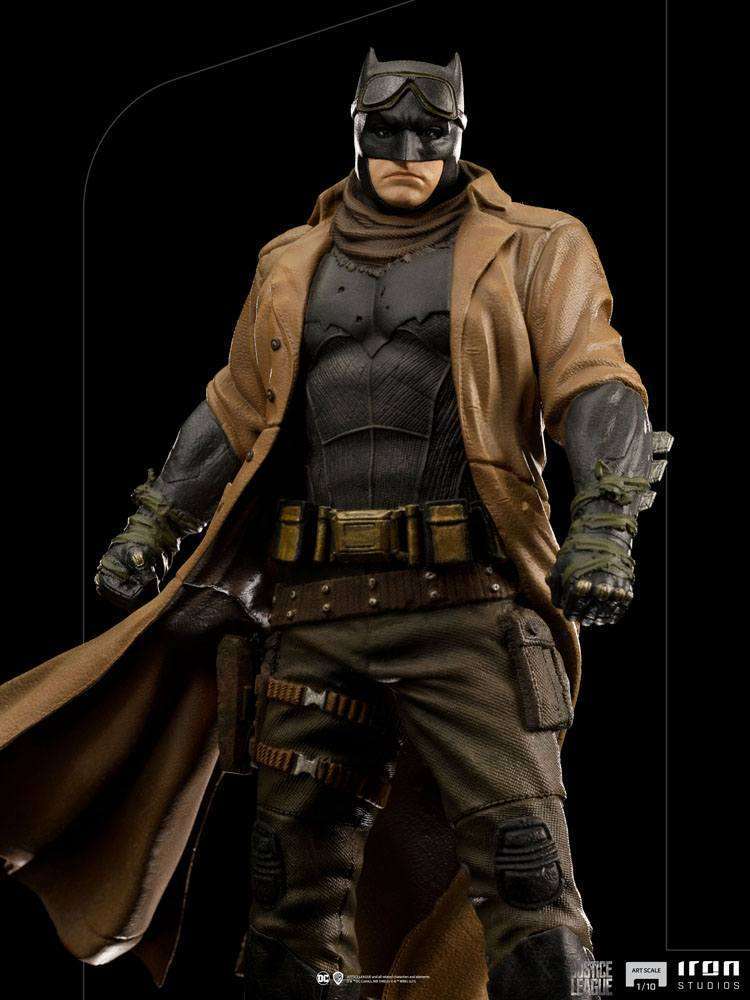 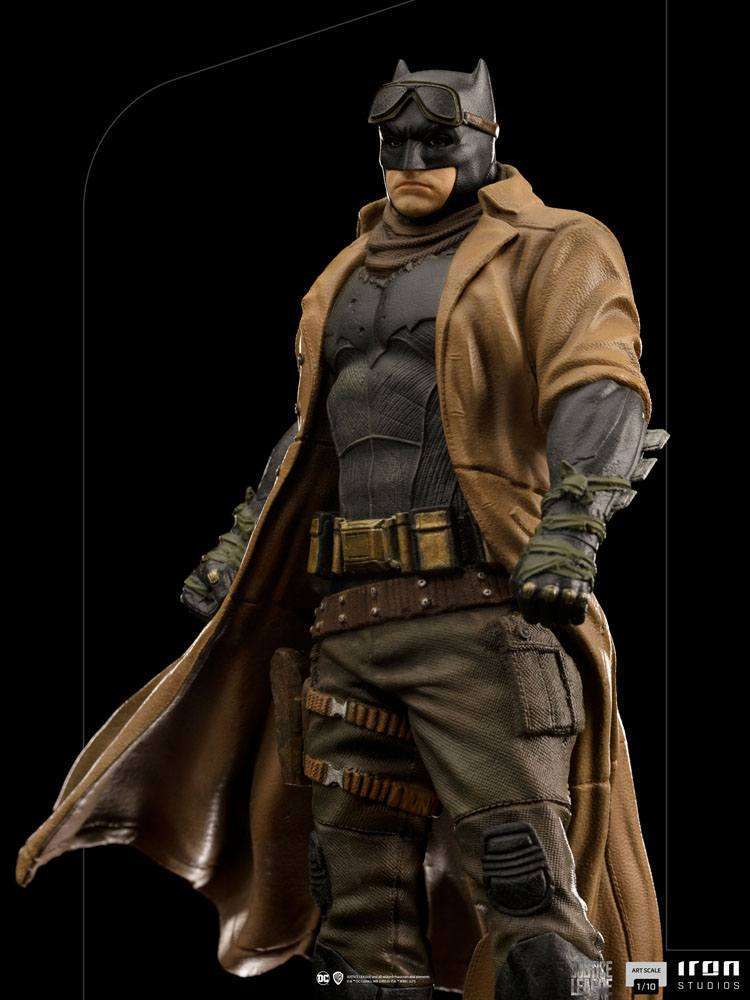 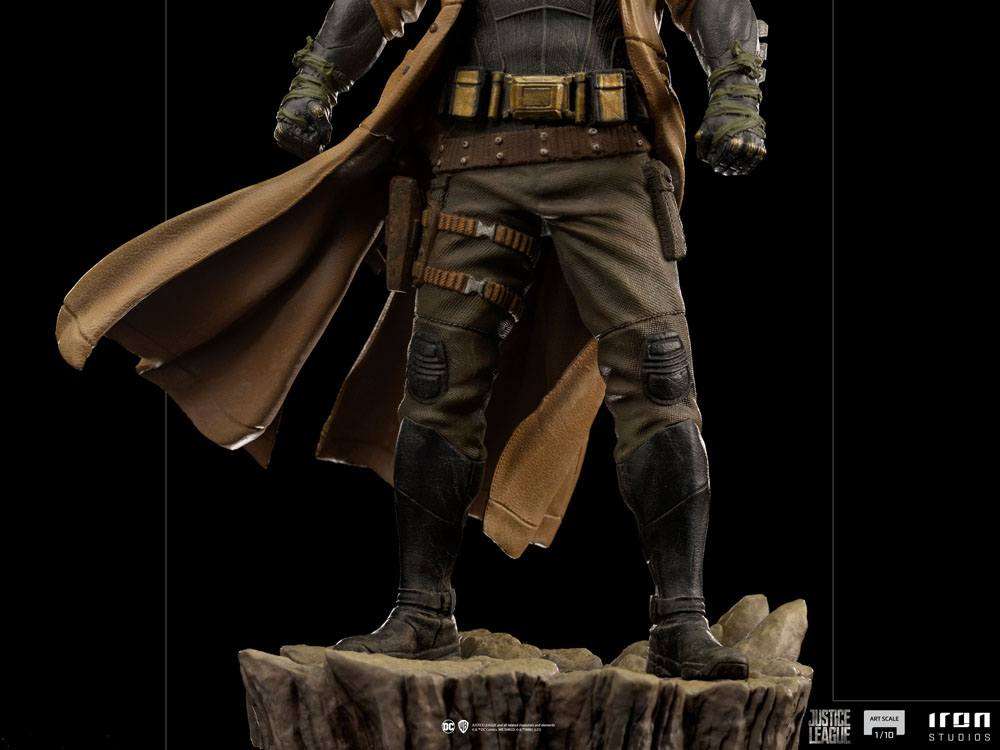 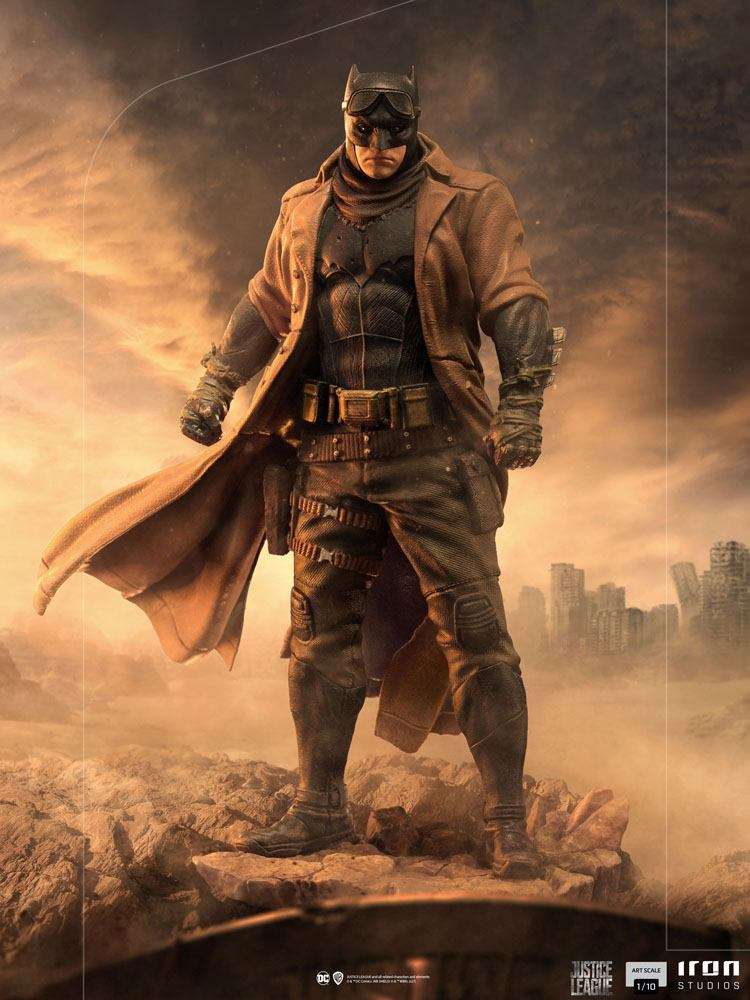 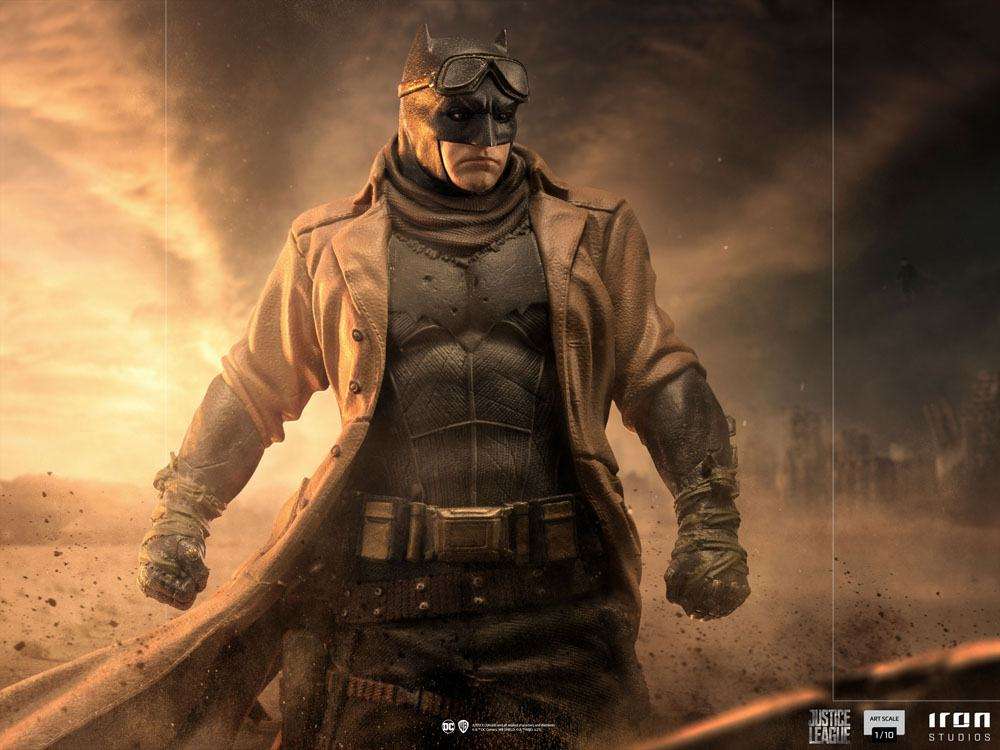 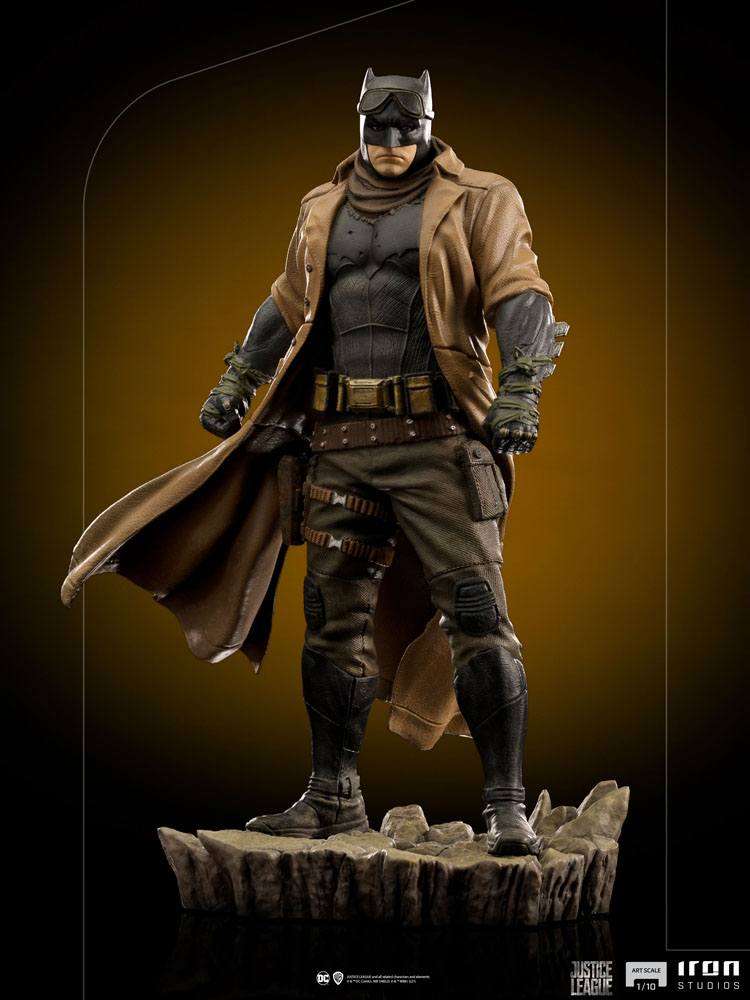 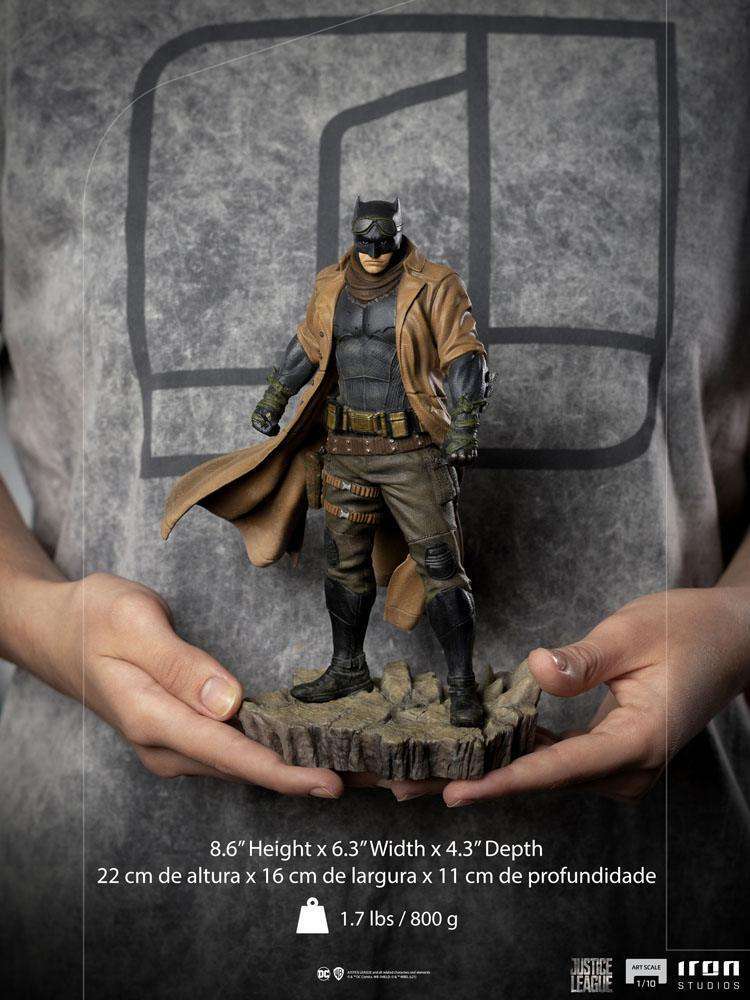 ← Back to category Batman

In an apocalyptic desert where it was once a planet full of life, a tired and cautious, but still relentless leader of an insurgent movement, walks in a devastated world, seeking by all means to end a long conflict against the conquering forces of a cosmic tyrant and his Kryptonian ally, who was once Earth’s greatest hero. Wearing an overcoat over a stiffer variation of his original costume, Iron Studios presents the “Knightmare Batman – Zack Snyder’s Justice League – Art Scale 1/10” statue, featuring the Dark Knight derived from the anthological scene presented in the film’s side plot Justice League, in director Zack Snyder’s version.

In a possible alternative future, the cruel conqueror Darkseid was responsible for the death of journalist Lois Lane, Superman’s beloved wife, leaving the Man of Steel susceptible to the Anti- Life Equation, thus becoming an ally of the Apokolips forces and a tyrannical ruler of the planet. After being terraformed by the power of the Mother Boxes, Earth is ruled by a merciless and totalitarian Superman regime. Creating a rebel force called the Insurgency, Batman and his allies wage war against the overpowering and ruthless forces of the Man of Steel and his troops. With the help of Cyborg’s calculations, Flash was able to use his Cosmic Treadmill to travel back in time and alert Bruce Wayne of Darkseid’s dangers. This emphasized Batman’s importance in finding his allies and founding the Justice League, repelling Darkseid’s invading forces, led by Steppenwolf, something that could prevent this terrible future from happening.