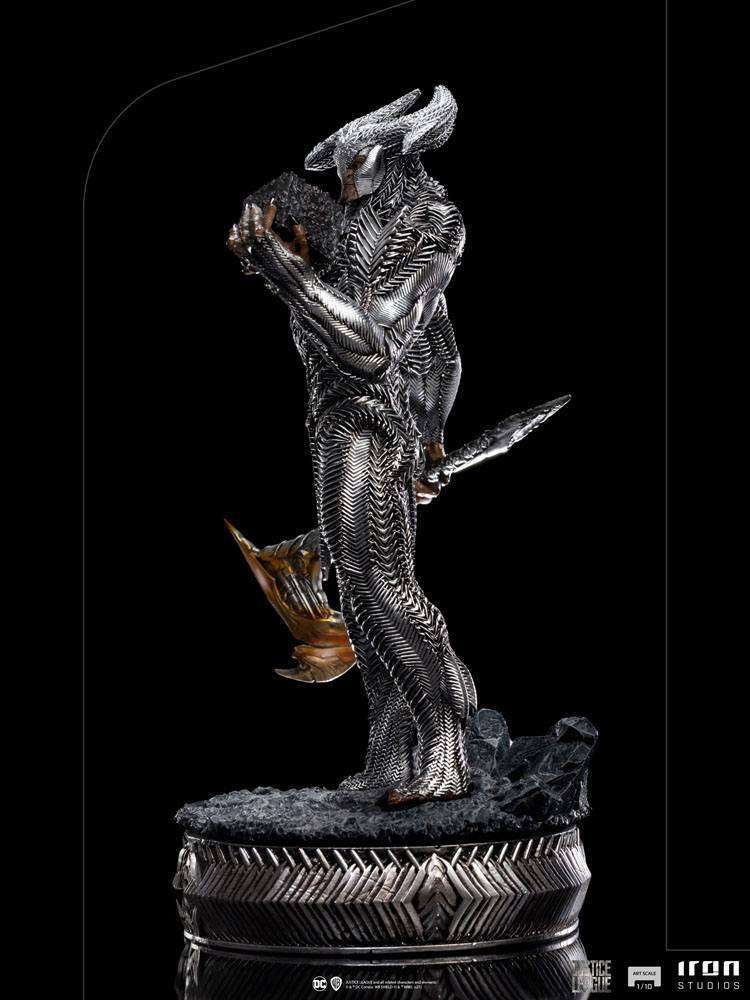 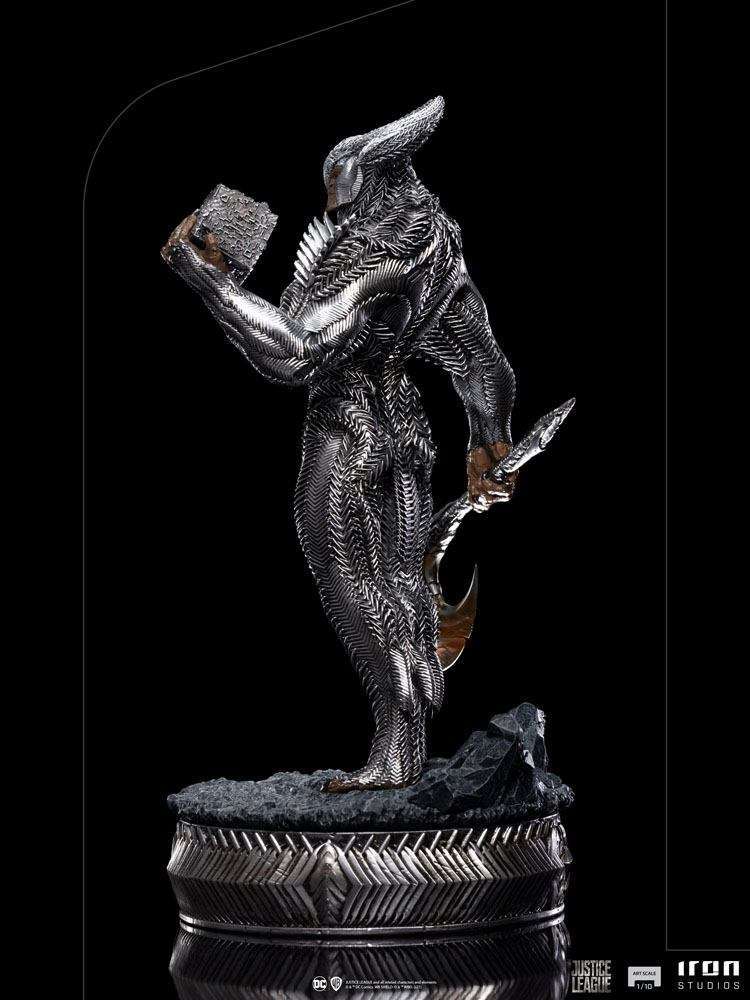 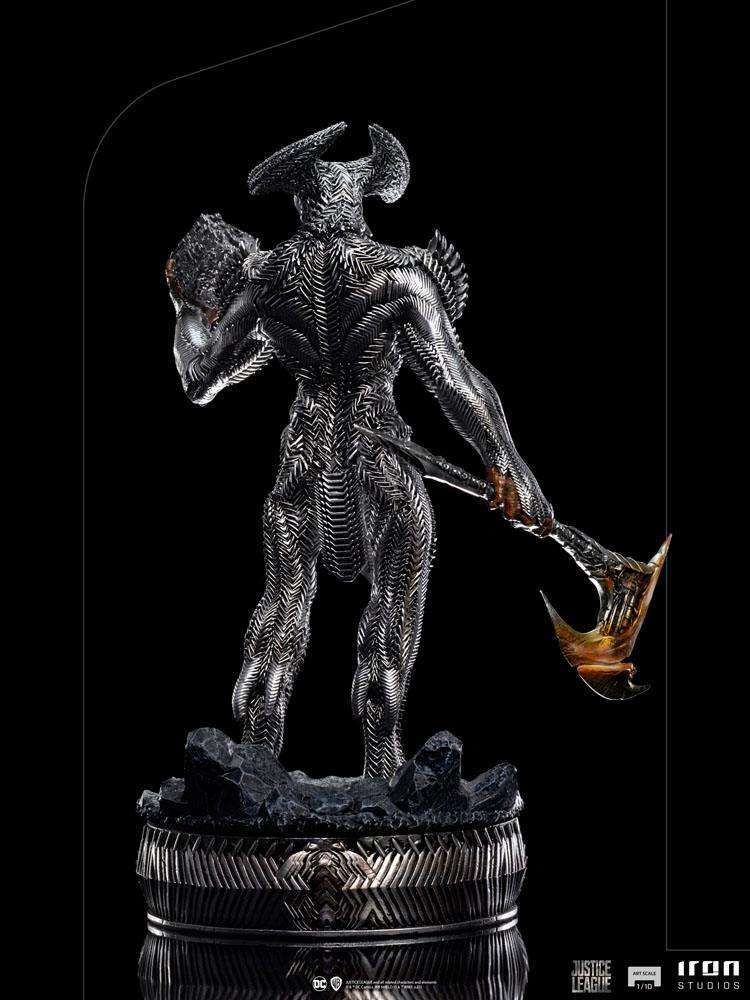 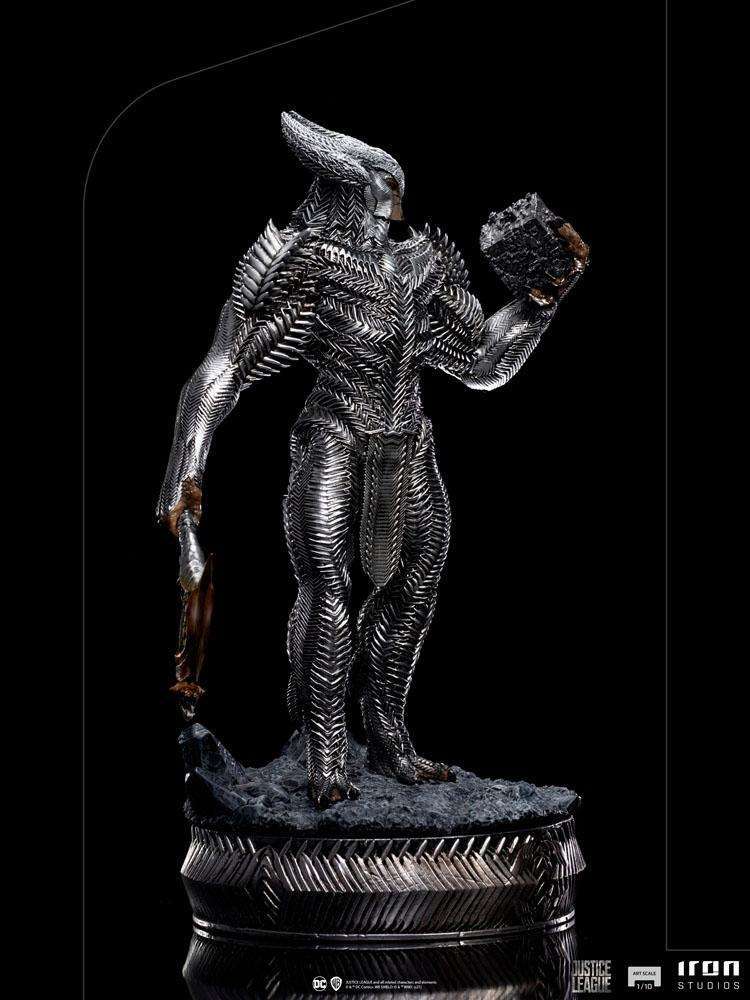 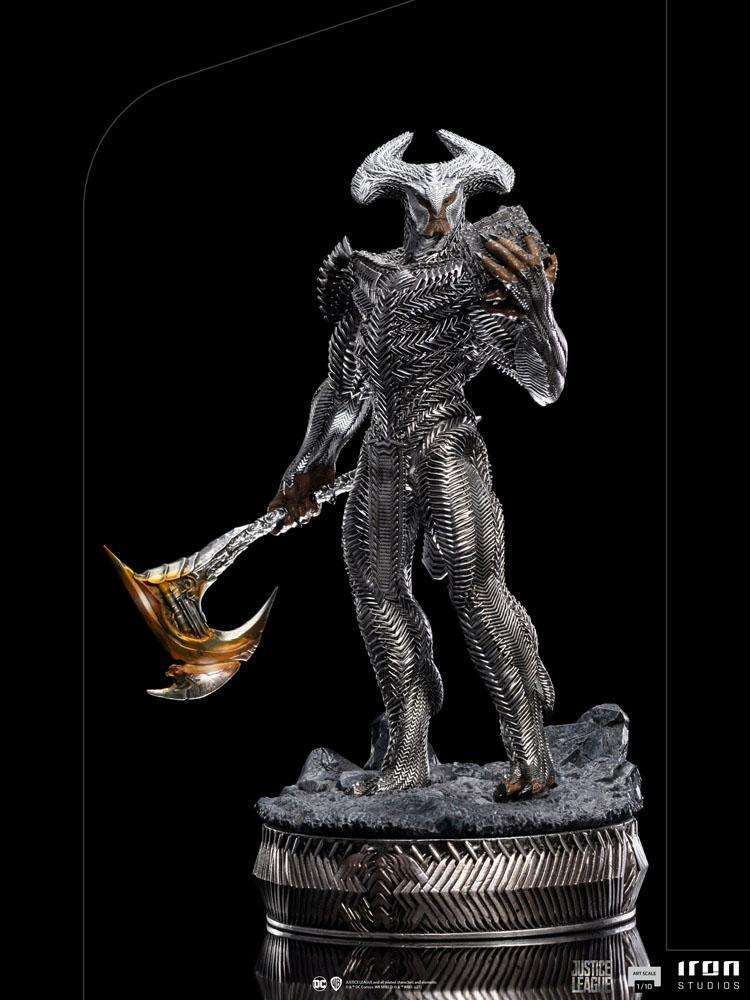 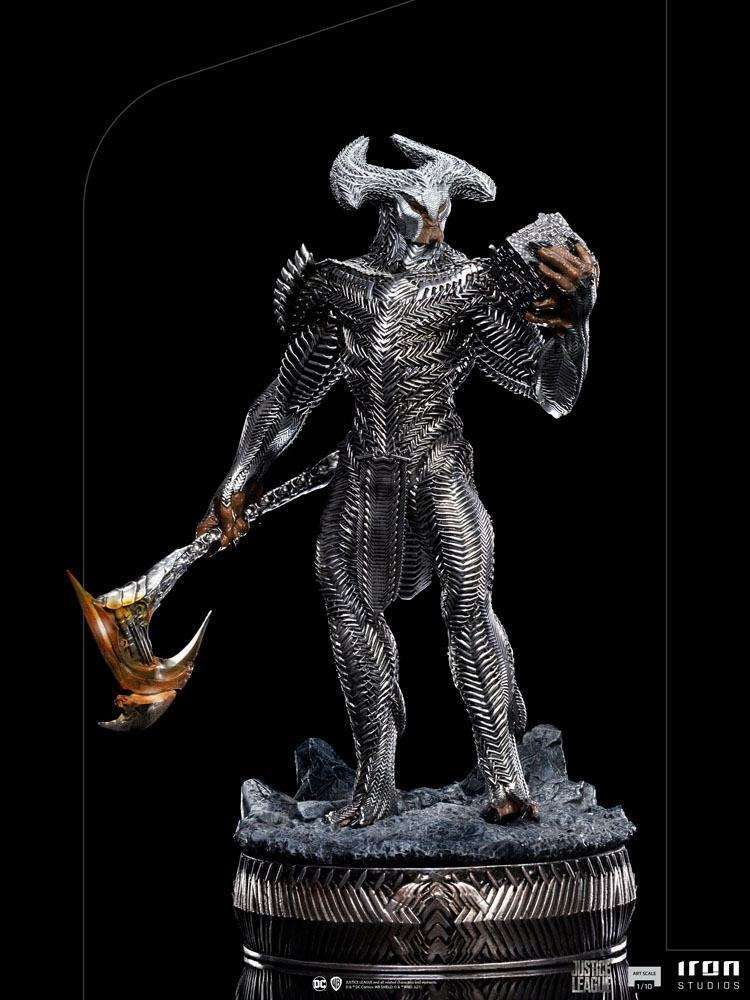 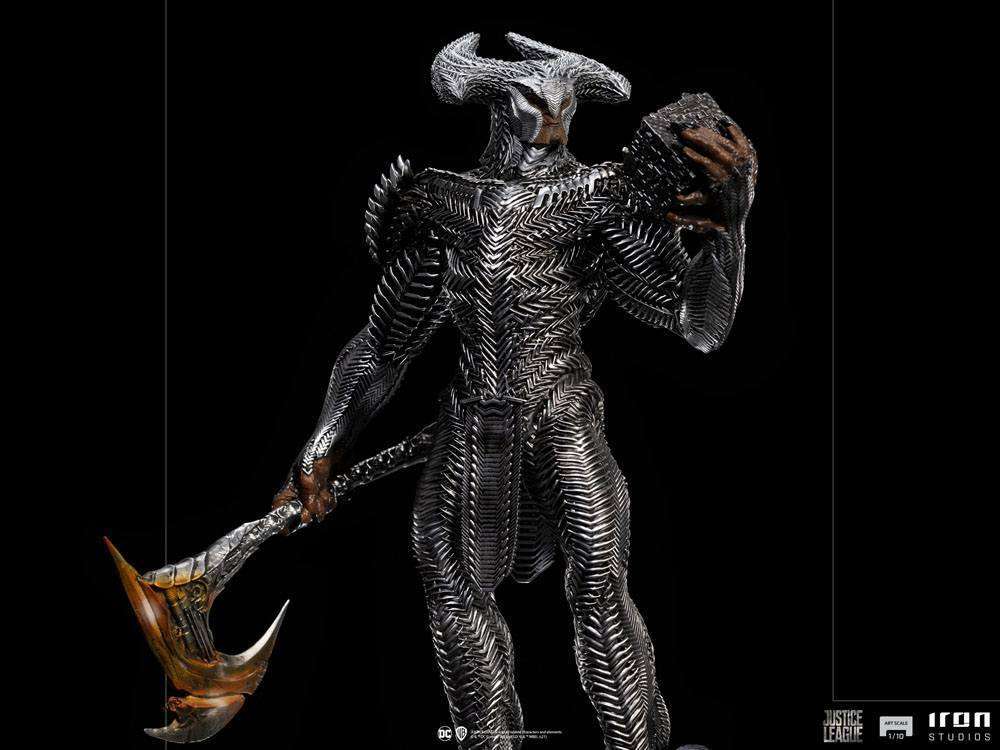 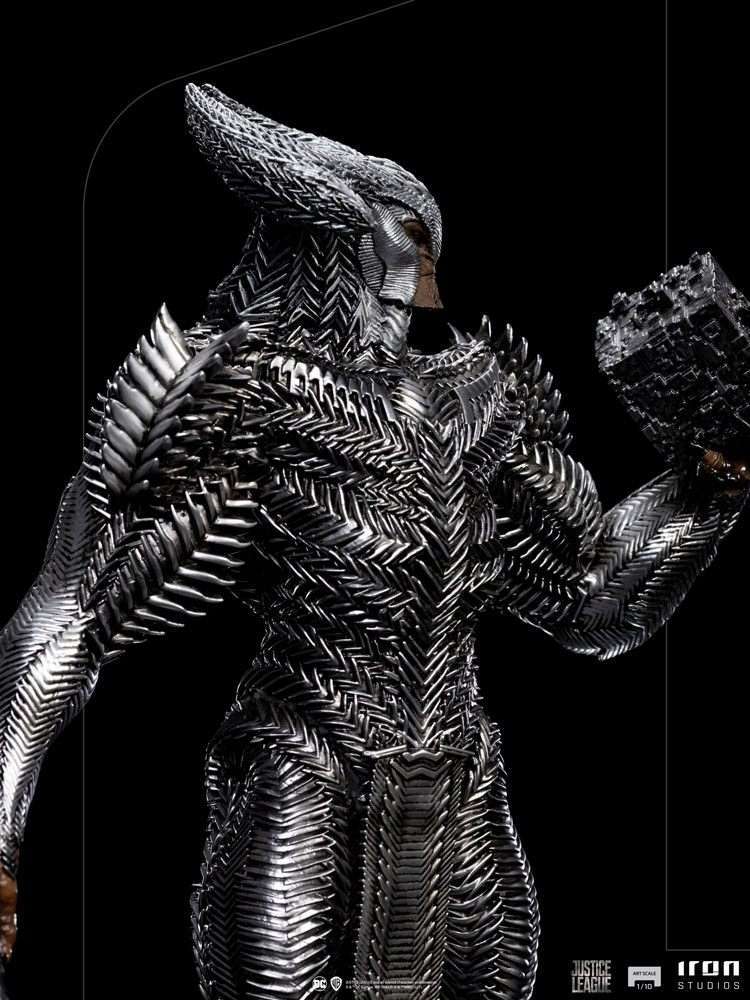 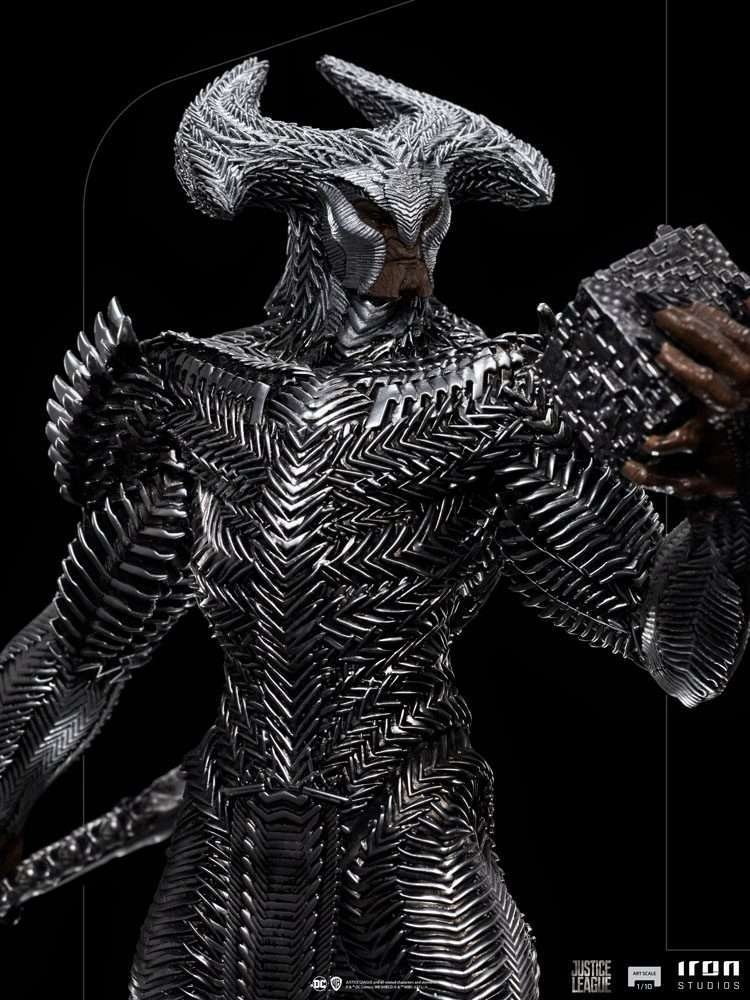 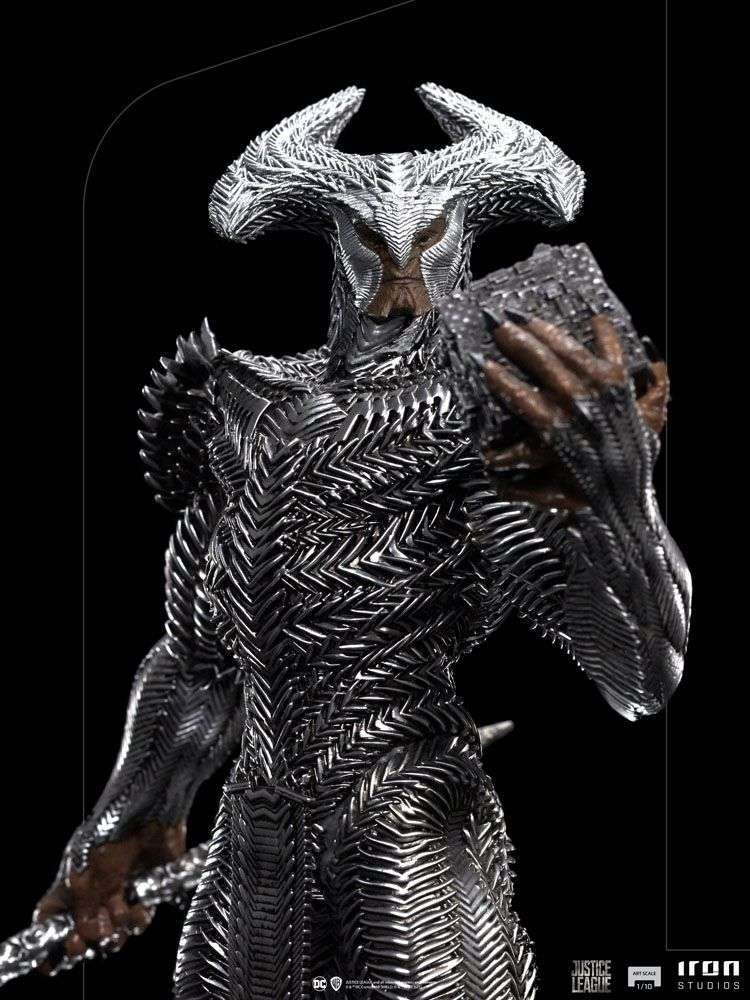 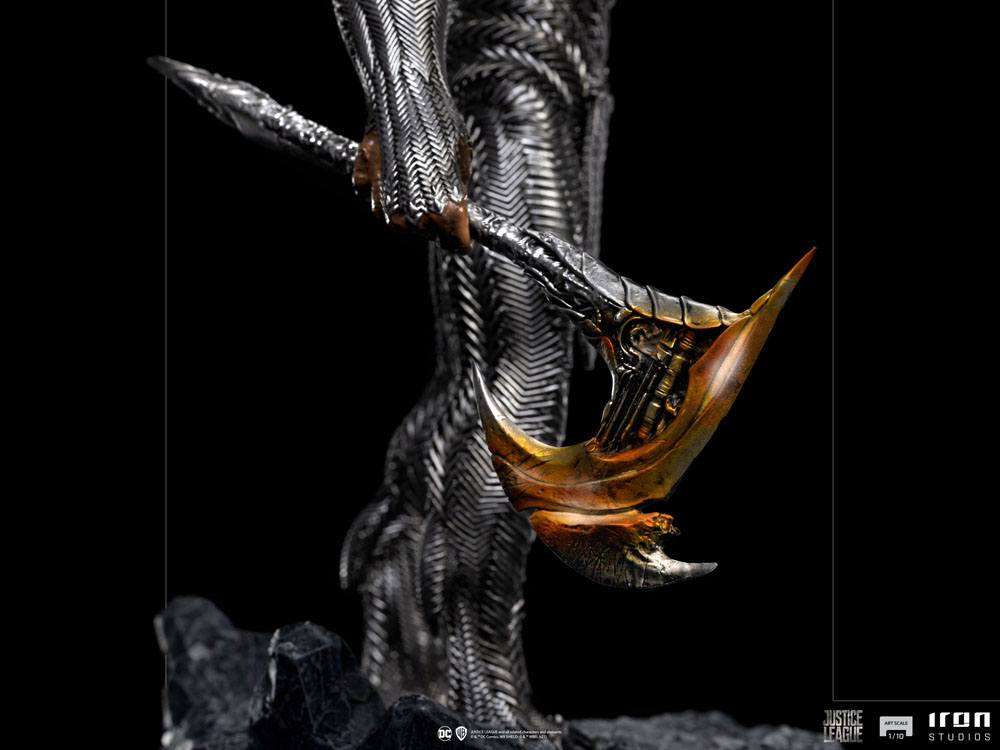 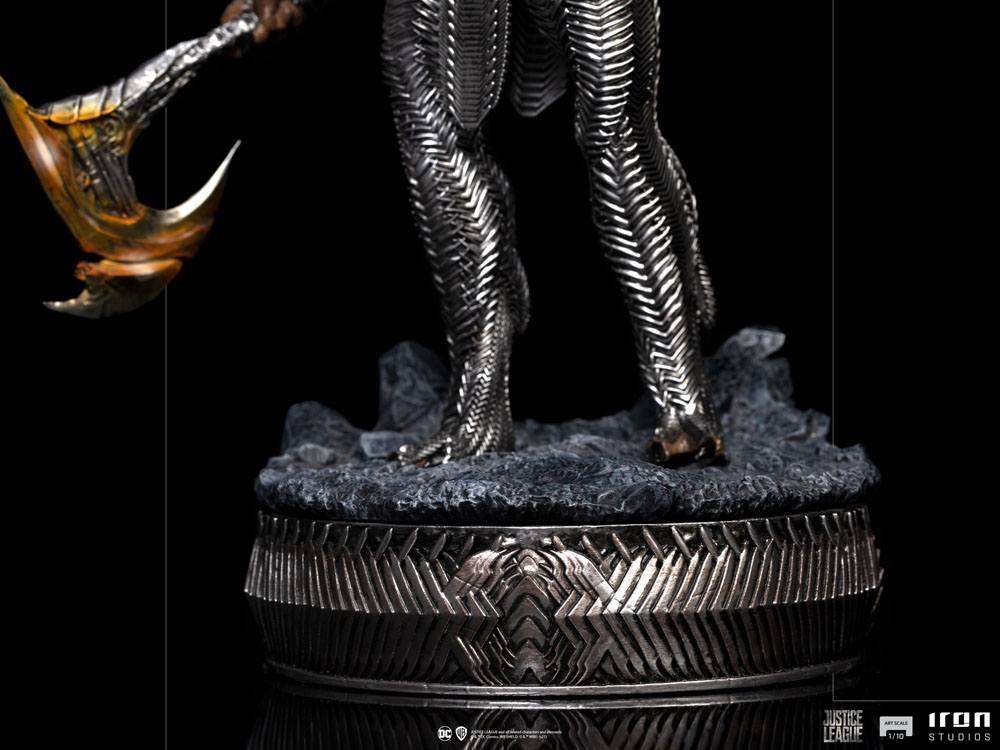 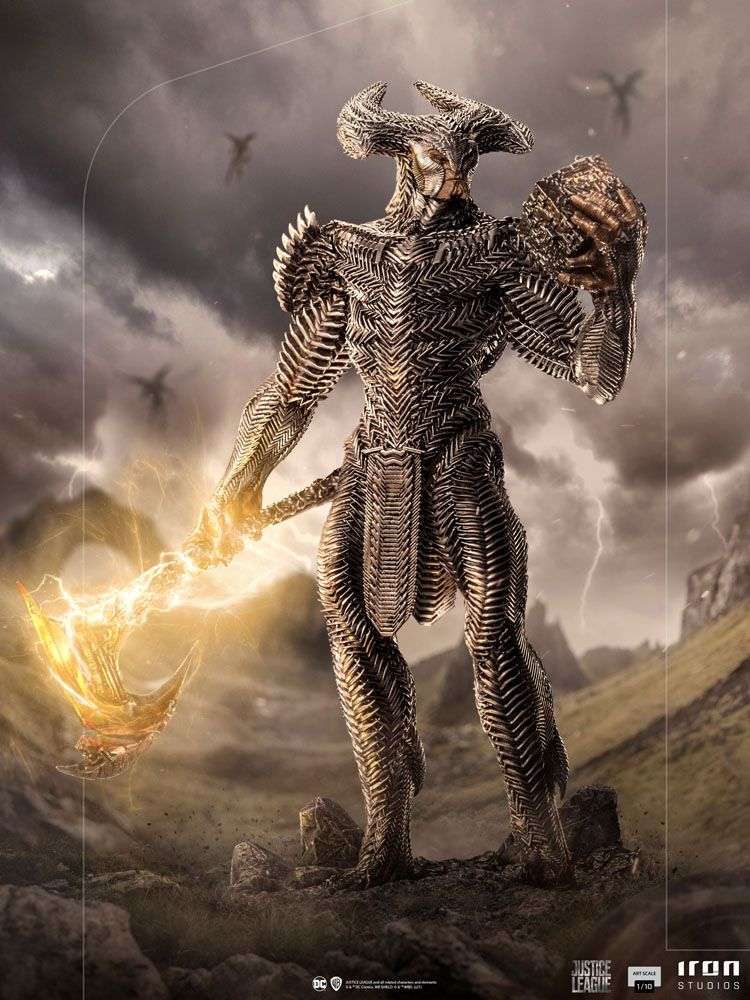 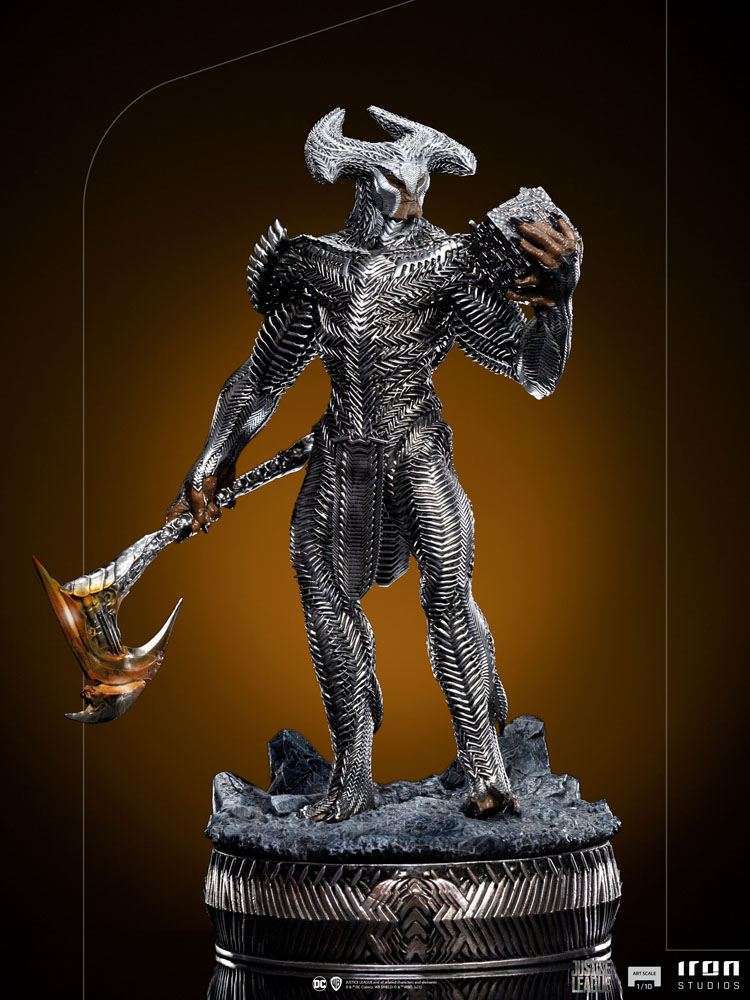 ← Back to category DC Comics

Charged with conquering 150,000 worlds in the name of Darkseid, the mighty General of the Parademons army, a subservient race of aliens from Apokolips, wields his Electro Ax, his primary offensive weapon while observing one of the Mother Boxes, which are advanced living machines, in the palm of his left hand, ready to open a Boom Tube, a portal to worlds across the multiverse for him to conquer. With its body covered in living, metallic and shiny armor, which responds to it almost symbiotically, manifesting alterations in combat and closing its blades to protect it, the giant of the race of the so-called New Gods presents itself on a rocky base with details similar to his armor on Iron Studios’ “Steppenwolf – Zack Snyder’s Justice League – BDS Art Scale 1/10” statue.

Uncle, and herald, of the tyrant Darkseid, the conquering lord of Apokolips, Steppenwolf, in the past betrayed Darkseid with enemies who wanted to take his throne but later turned against the would-be usurpers, defeating them in hopes of righting his mistake. Even though, due to his betrayal, he was exiled and given the task of conquering 150,000 worlds as a penance. Heeding the call of the Mother Boxes, which awakened after Superman’s death, he came to Earth to conquer it, and his attack began on Themyscira, the Paradise Island of the Amazons. Discovering on Earth the presence of the Anti-Life Equation, a transcendental mathematical formula that eradicates free will, he alerted Apokolips’ armada, and only the Justice League, with the help of a newly resurrected Superman, were able to stop him.