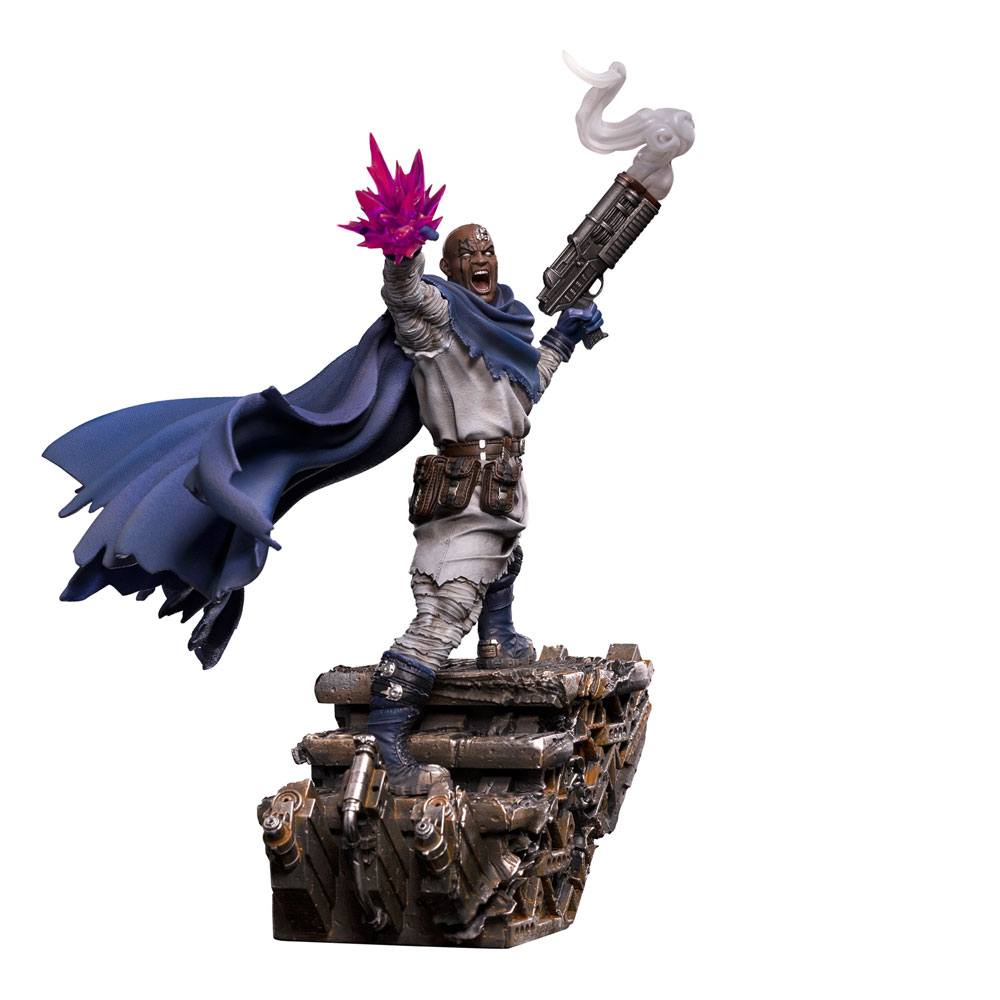 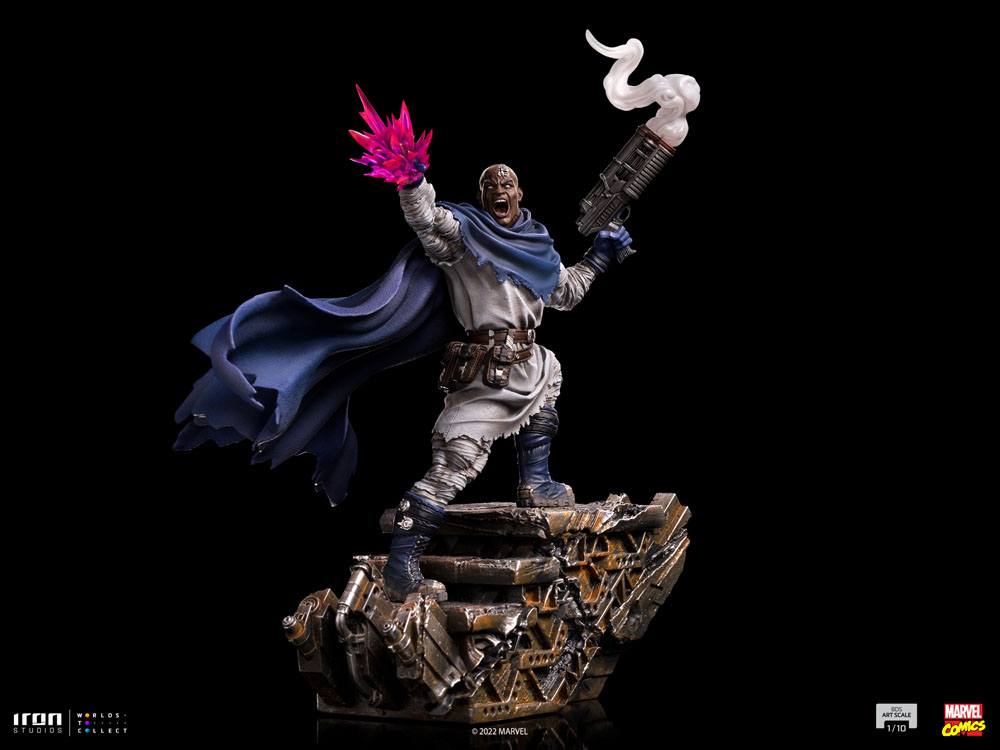 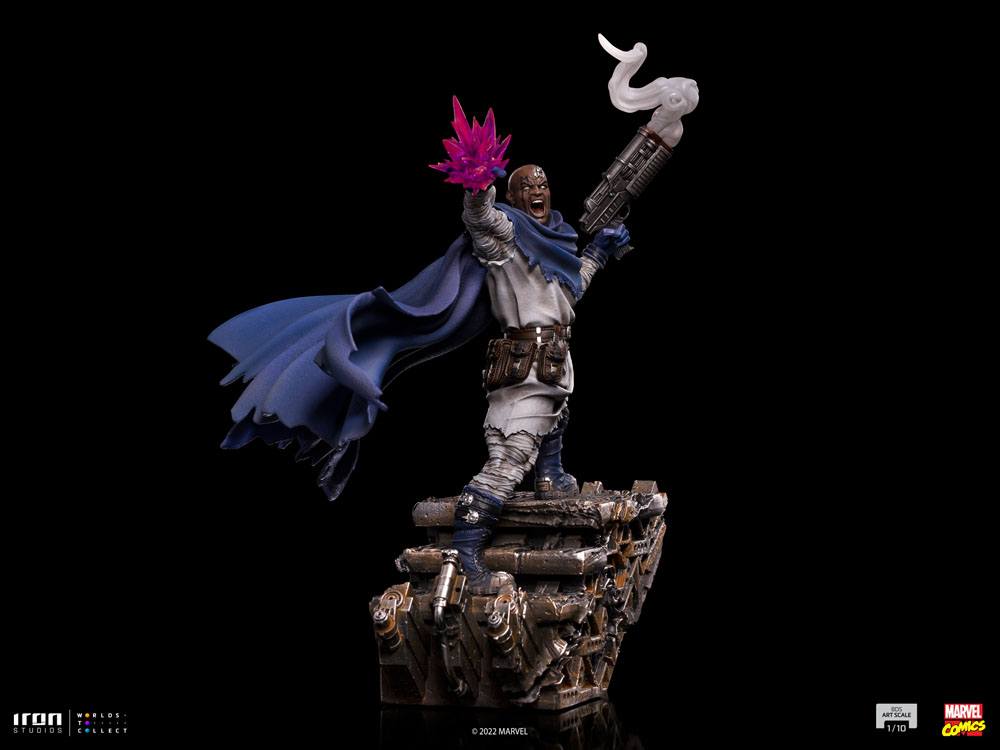 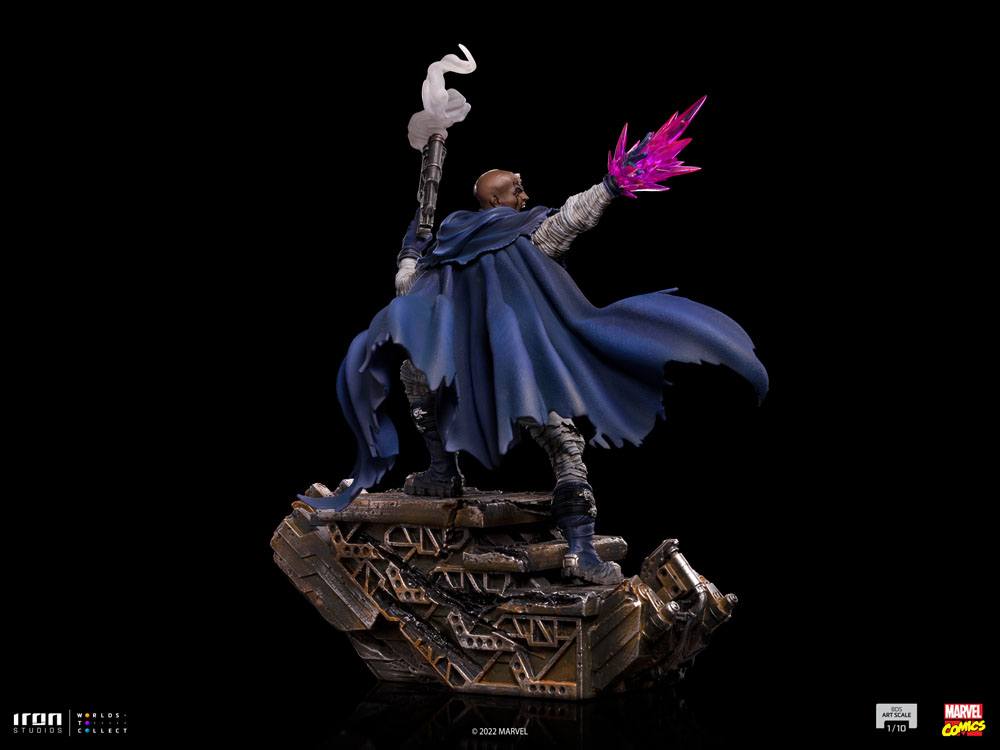 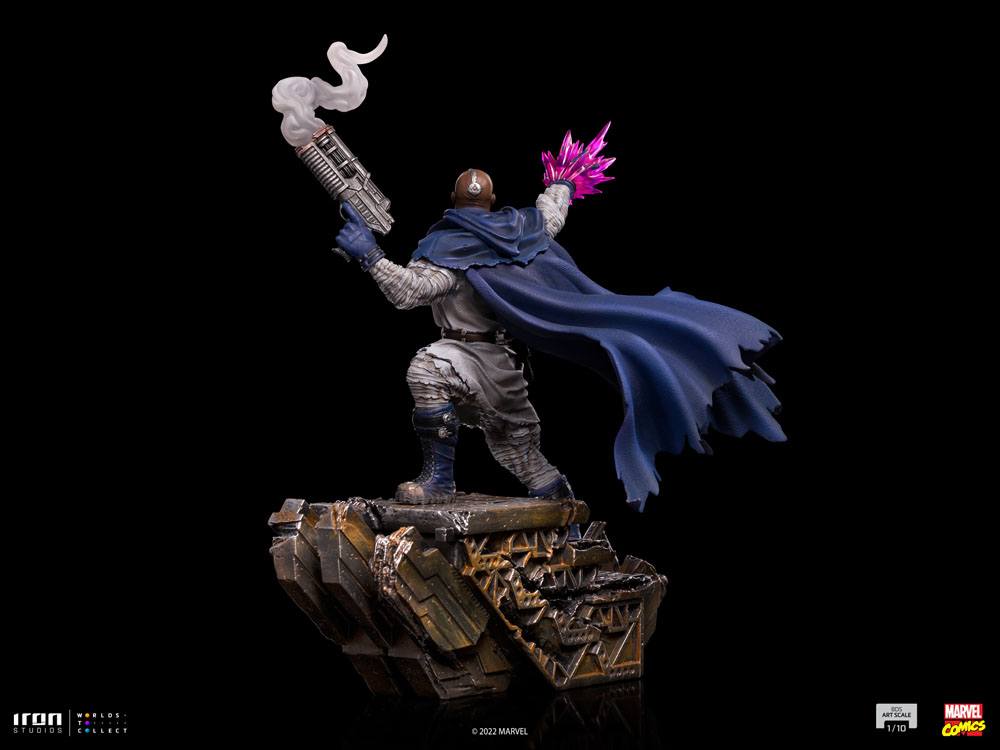 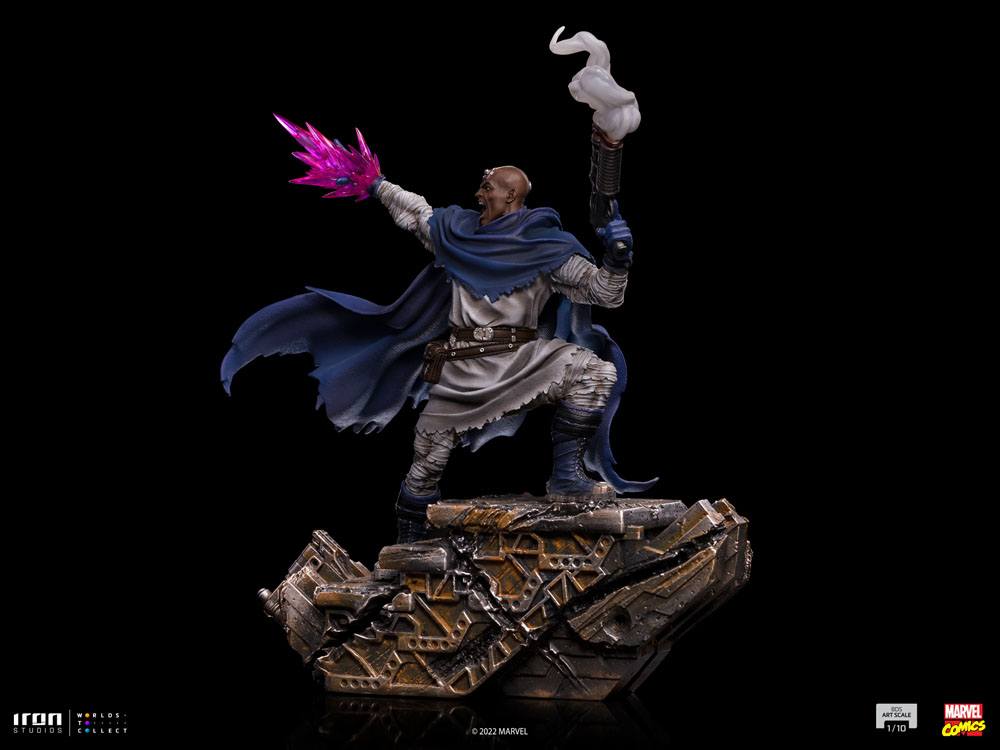 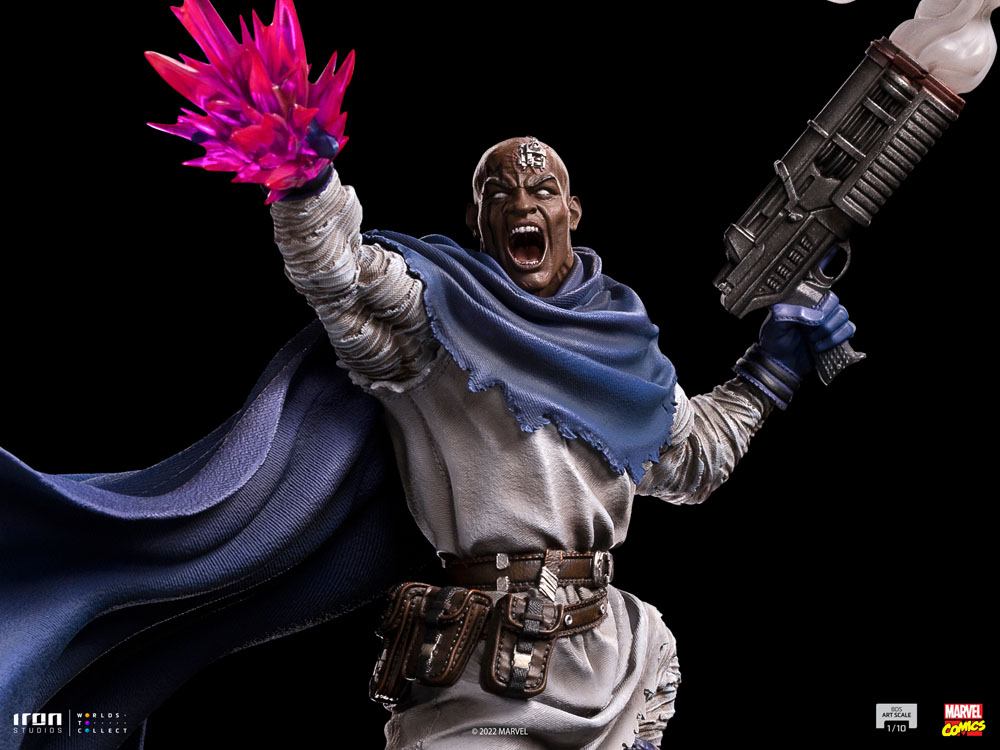 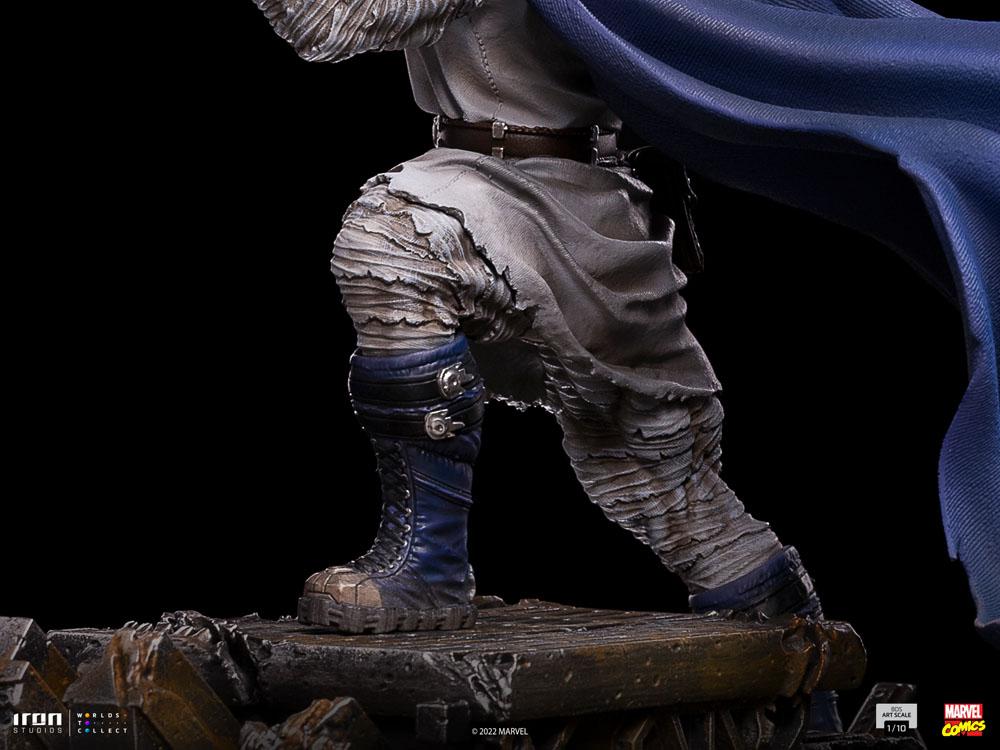 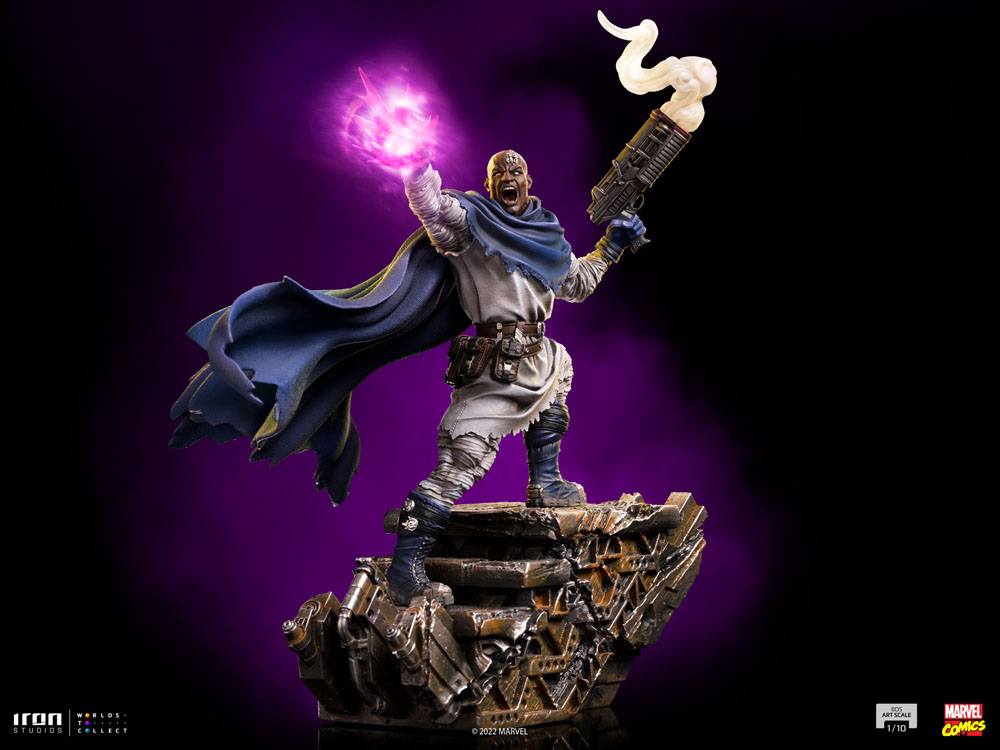 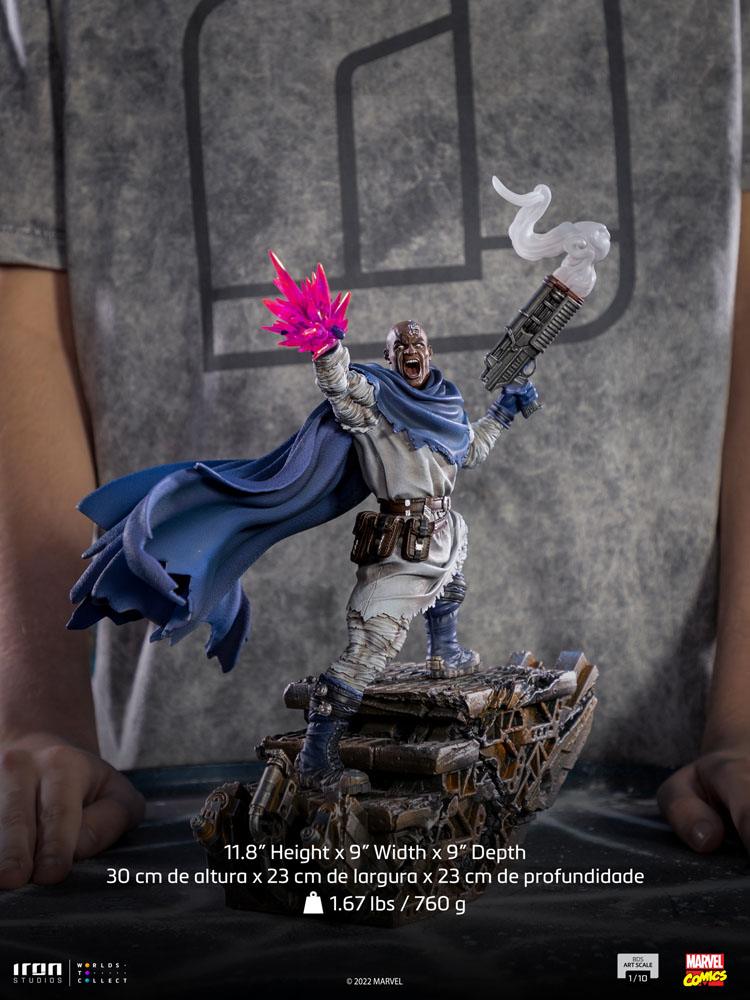 With the barrel still steaming after a shot, the time-traveler mutant wields in his left hand the original weapon he brought from another world’s alternate future he came from. In combat action, he projects an energy explosion absorbed by his body, in the form of a plasma ray burst from his right hand, showing the rage on his face. Wearing a white rustic garb, boots, a cloak with a blue cape, and a leather belt with pouches, he fights on a pedestal made by the steps of a metallic platform. Thus, Iron Studios bring the statue “Bishop BDS – X-Men: Age of Apocalypse – Art Scale 1/10”, with the version of the X-Men from the future, inspired by Marvel’s audacious comics saga from the 1990s.

When David Haller, the psychotic mutant called Legion, Professor Xavier’s son, went back in time to eliminate Magneto, he accidentally killed his father, causing a great change in the timeline and creating another reality. This event made it possible for the immortal mutant villain Apocalypse to take control of Earth, in a world where the X-Men were created by Magneto, who came to believe in Xavier’s dream of mutants and humans living in peace. Bishop was one of the X-Men chosen to chase Legion in this time travel to stop him, but the time travel resulted in amnesia for the mutant heroes. After the mission failed, Bishop got shattered memories. Traumatized by his failure, he shaved his head and beard, and lived in exile for many years, as the only one with the remembrance of how everything was, feeling displaced in this new reality. He joined the X-Men to convince Magneto that the reality they were in was a distortion, and later he became responsible for the events that restored the previous correct timeline.