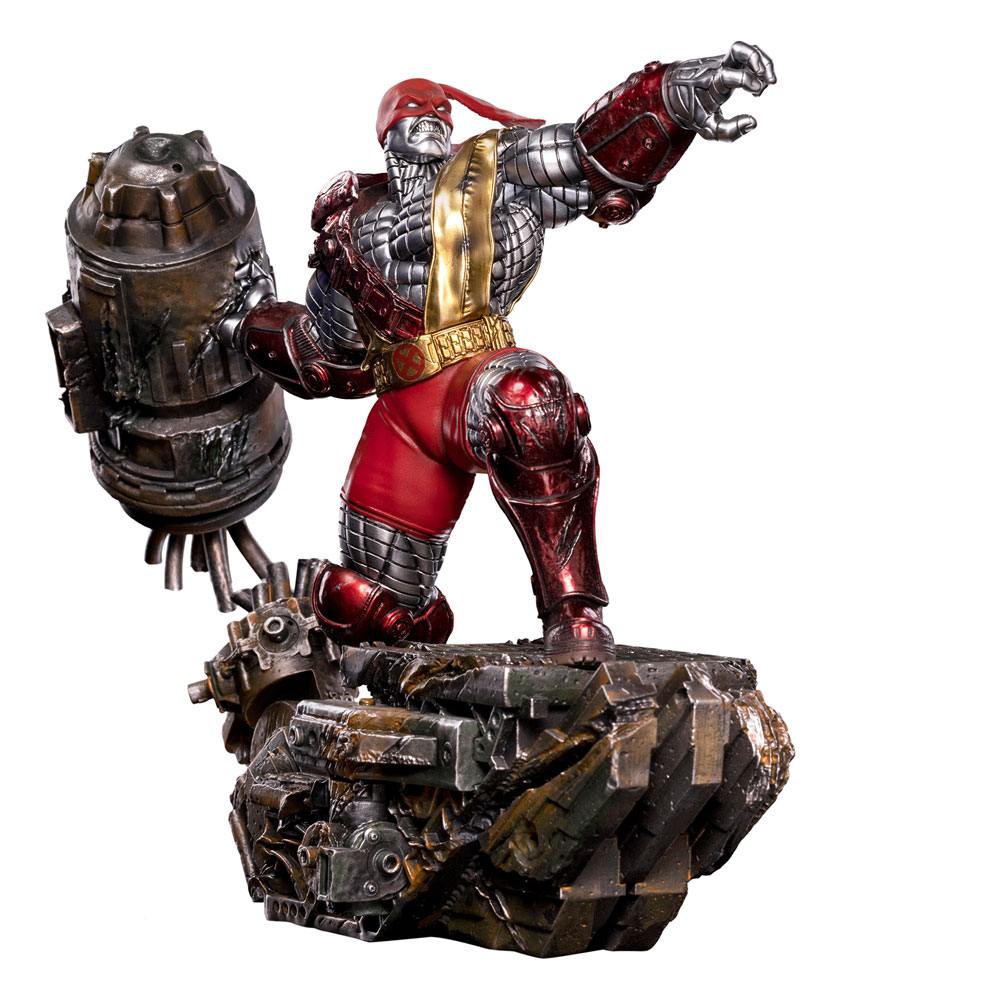 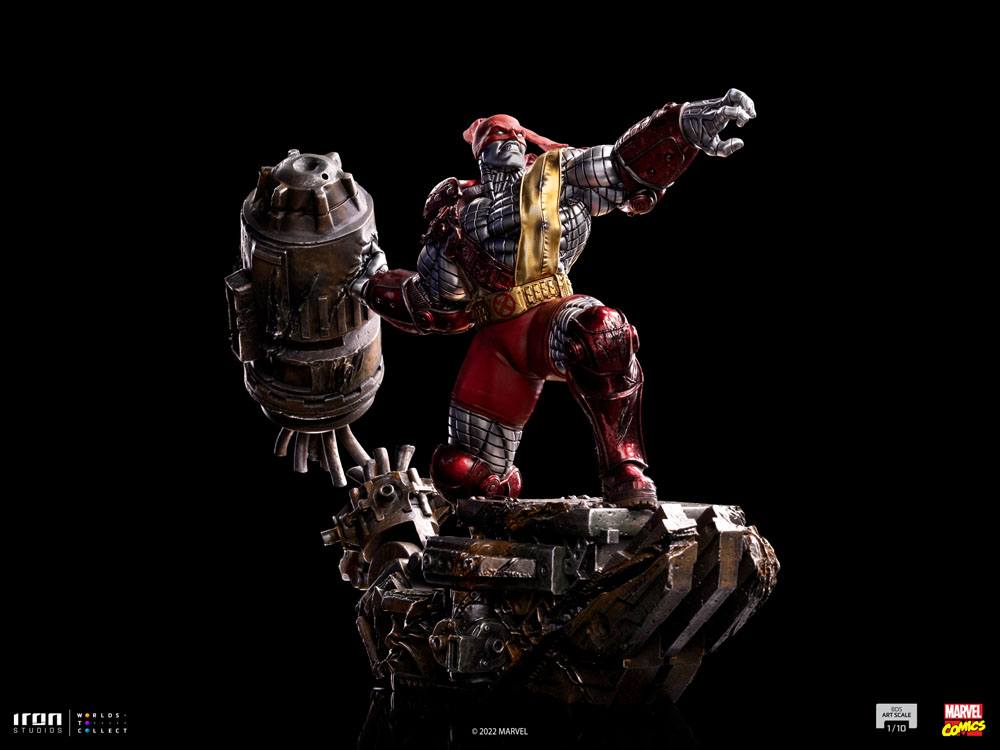 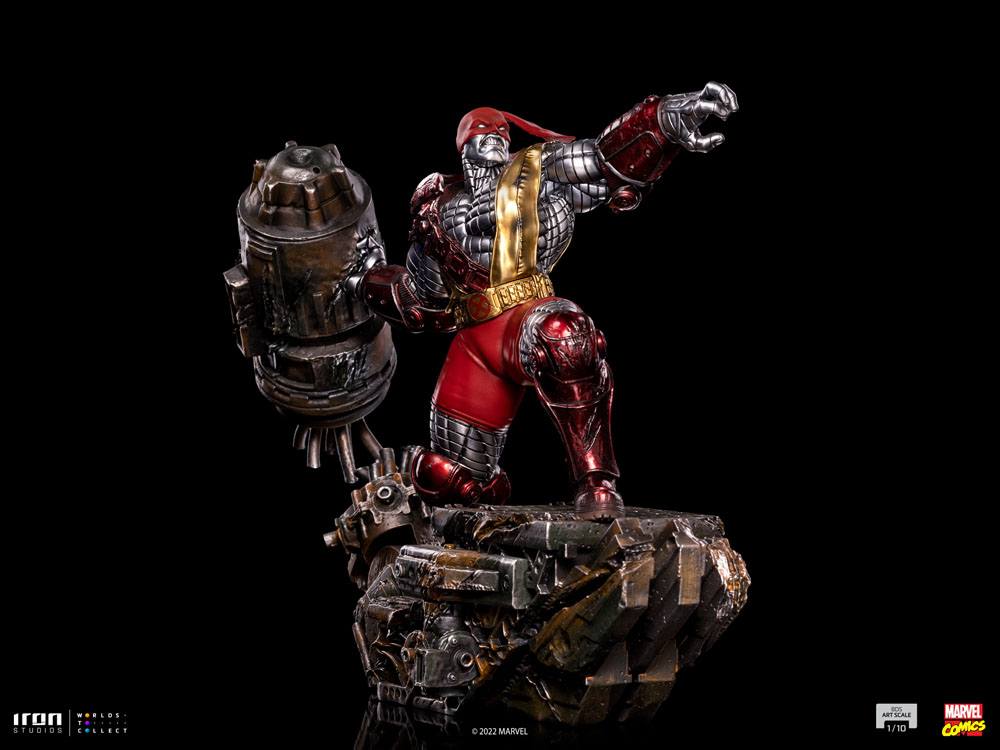 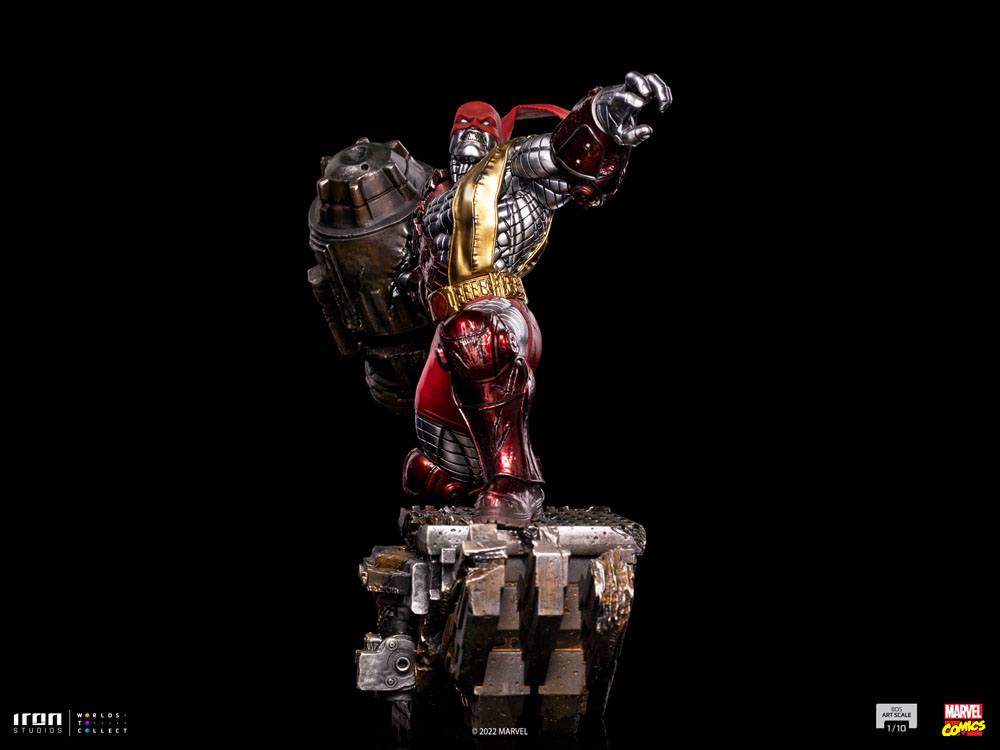 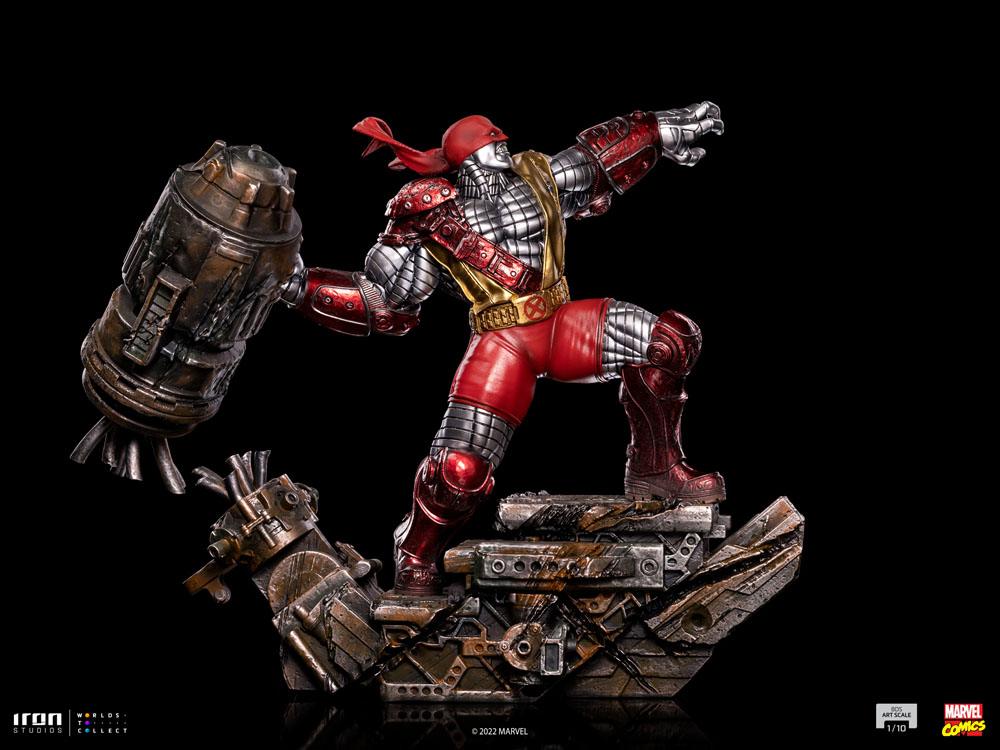 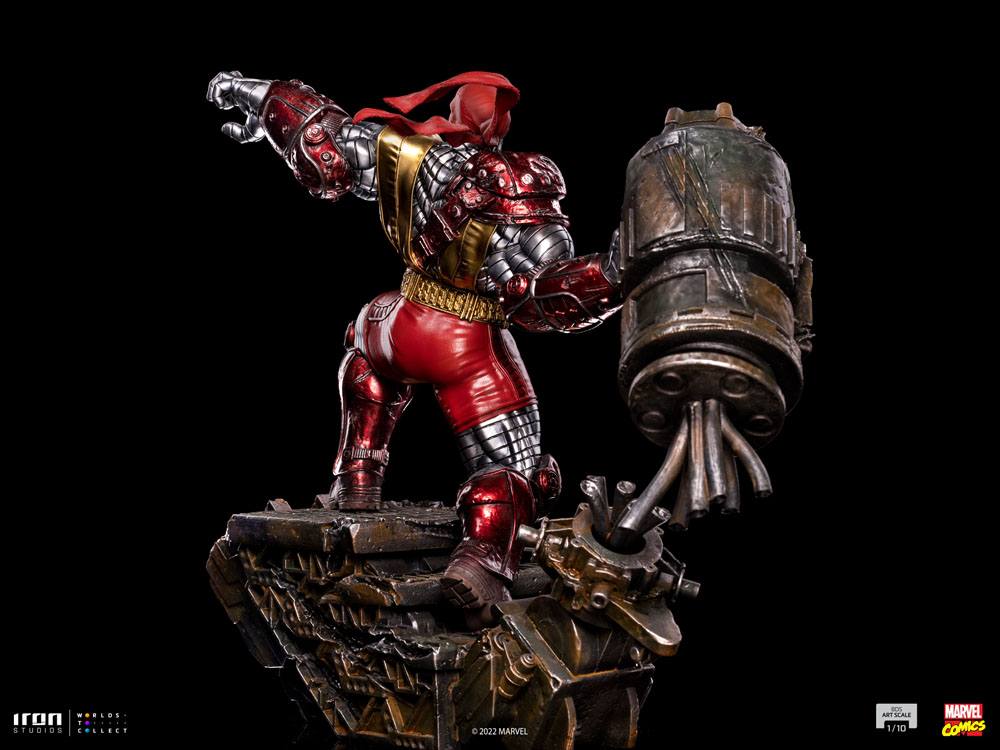 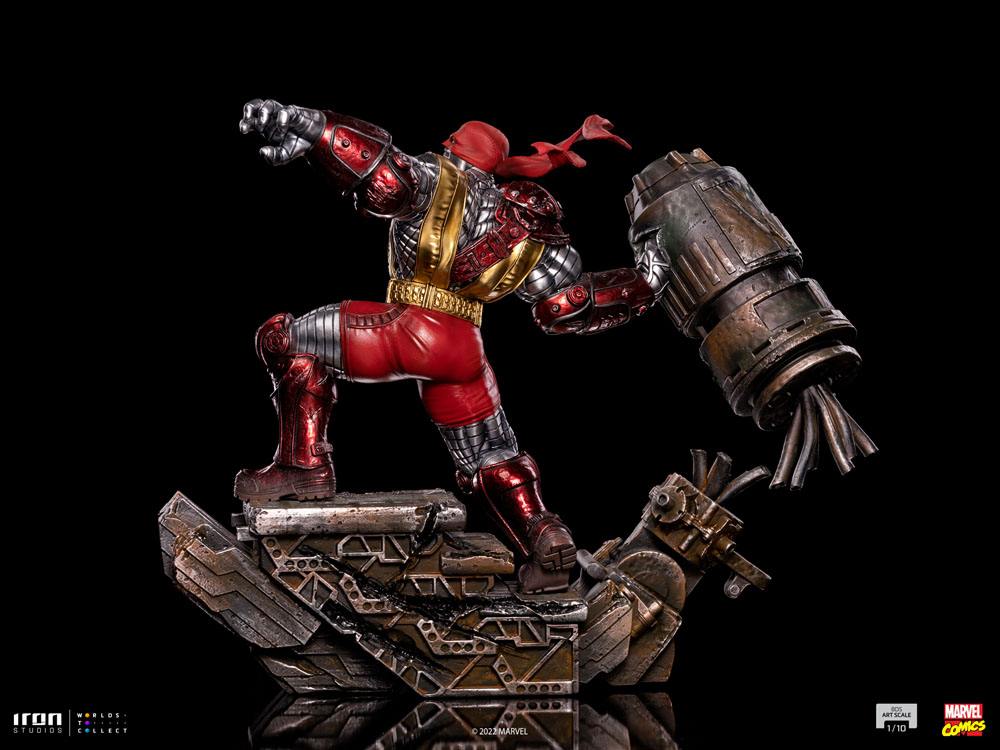 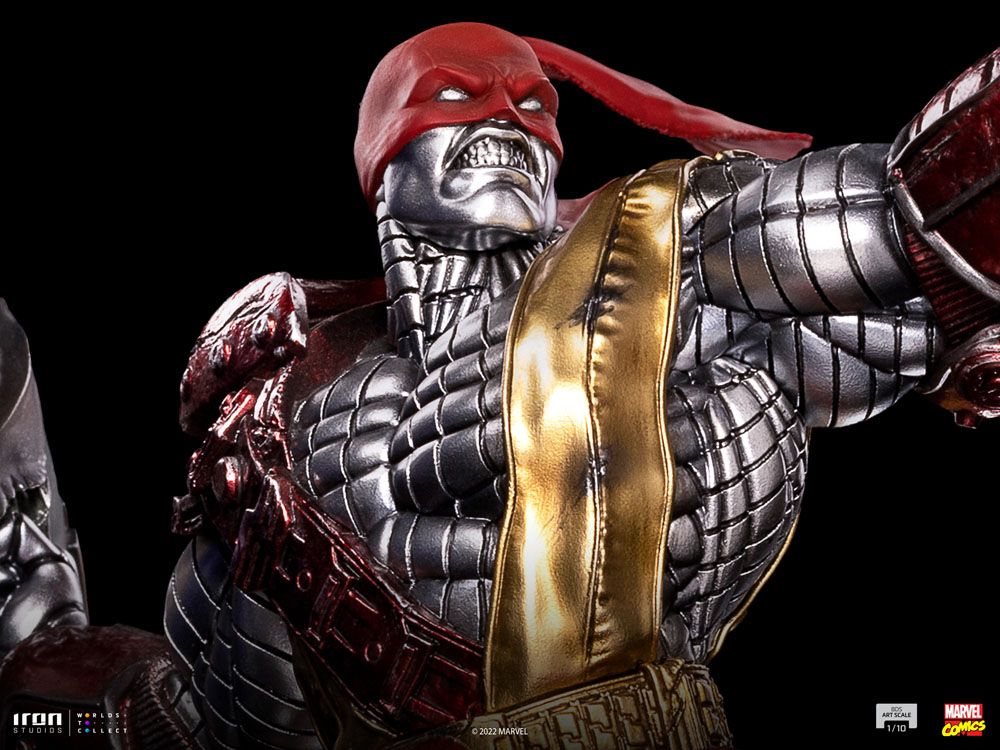 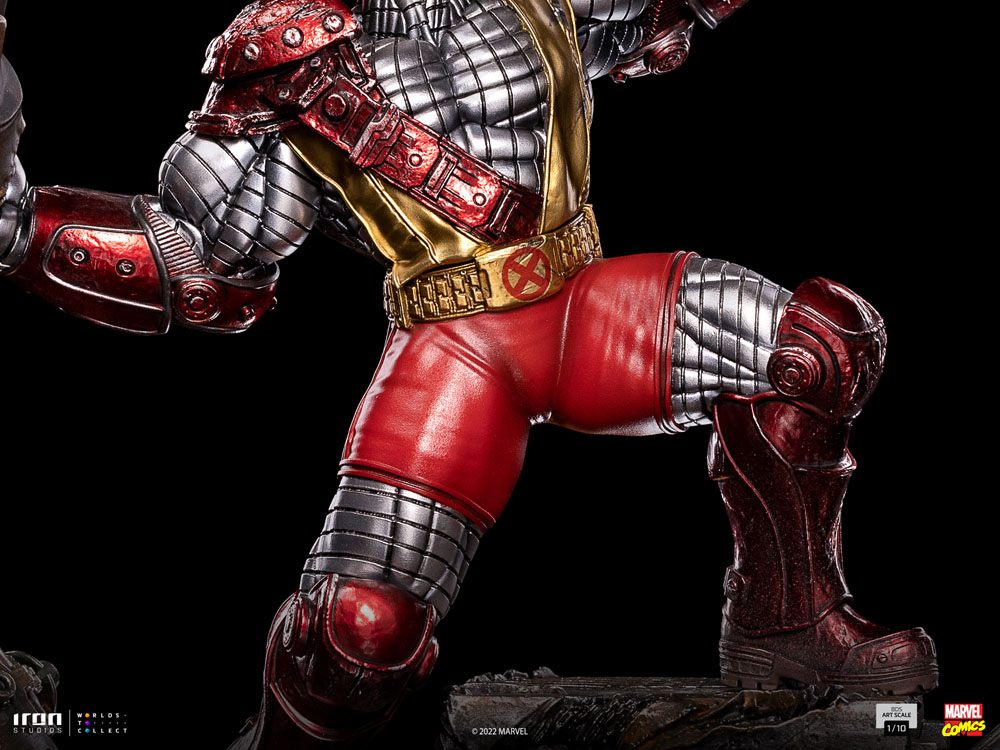 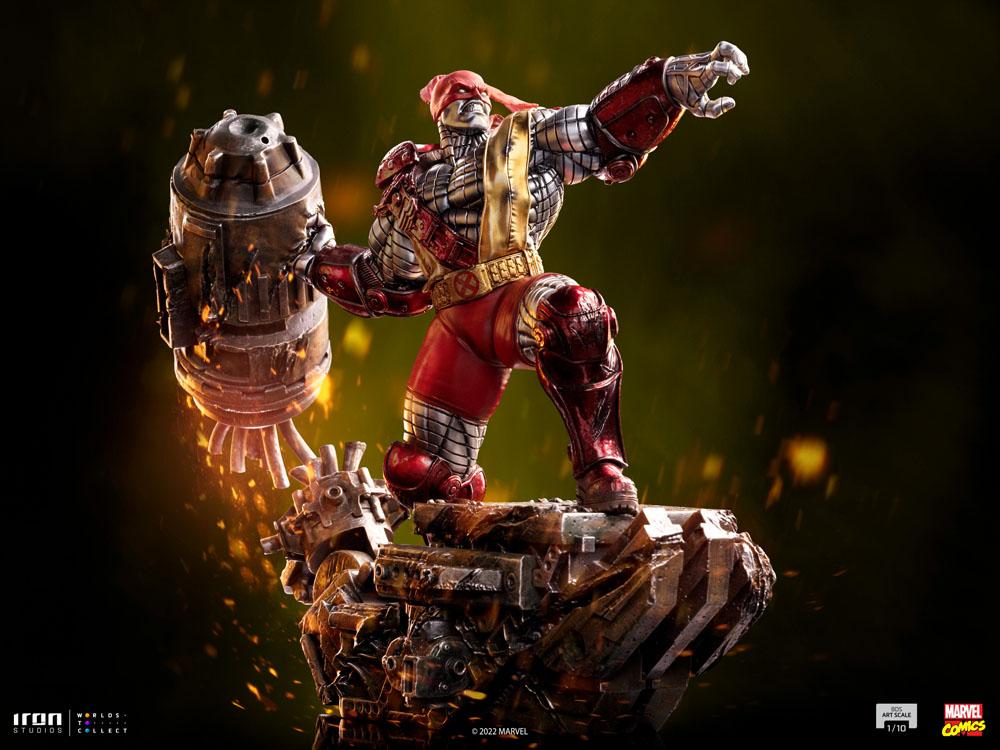 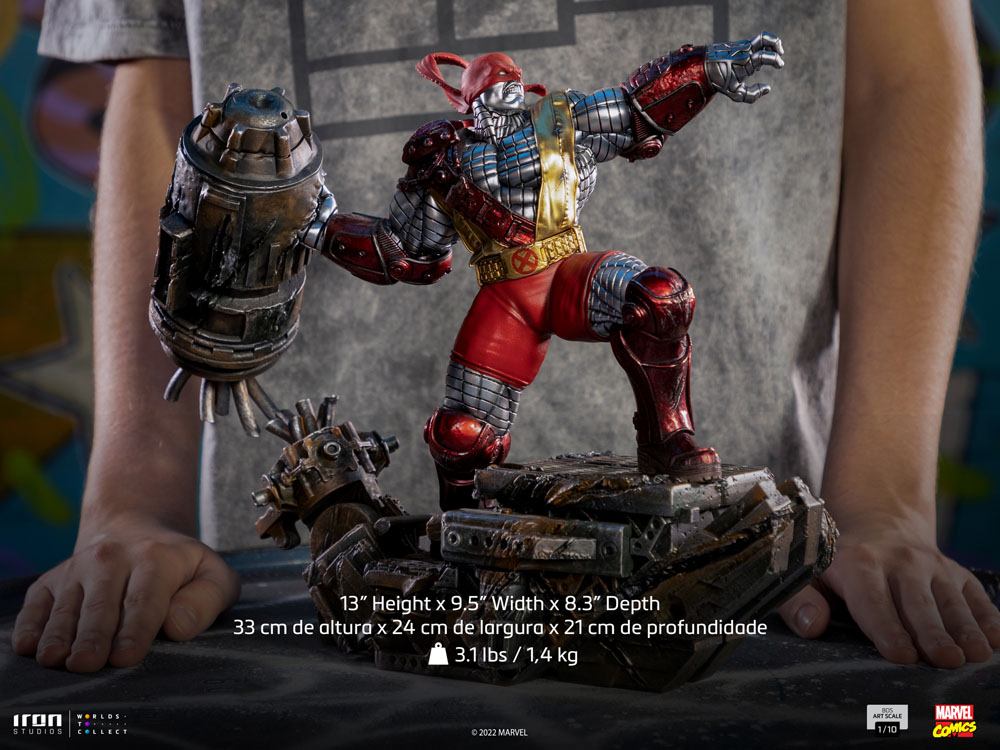 With his metallic fingers firmly holding a heavy mechanic artifact, the soviet mutant hero of armored skin gets ready to throw it against his fearsome enemy, the conqueror warlord named Apocalypse. With his face covered by a red bandana, he chose to dedicate his life to stopping Apocalypse, leaving his homeland in Russia to join the X-Men. Thus, Iron Studios present the statue “Colossus BDS – X-Men: Age of Apocalypse – Art Scale 1/10”, with the giant mutant in his version inspired by Marvel’s audacious comics saga from the 1990s.

A soviet super-soldier, Piotr Rasputin was the younger brother of his nation’s greatest hero, Mikhail, that fought against Apocalypse’s forces in their attack on Moscow. But Mikhail was captured and forced to become a Horseman of Apocalypse after being brainwashed. Colossus became leader of the super-soldiers and faced his brother, that destroyed every other super-hero in Russia, except for him. In his first mission as a member of the X-Men, Colossus fought against Sabretooth to save the life of a young mutant called Kitty Pryde. Piotr then fell in love with Kitty and they both ended up getting married.