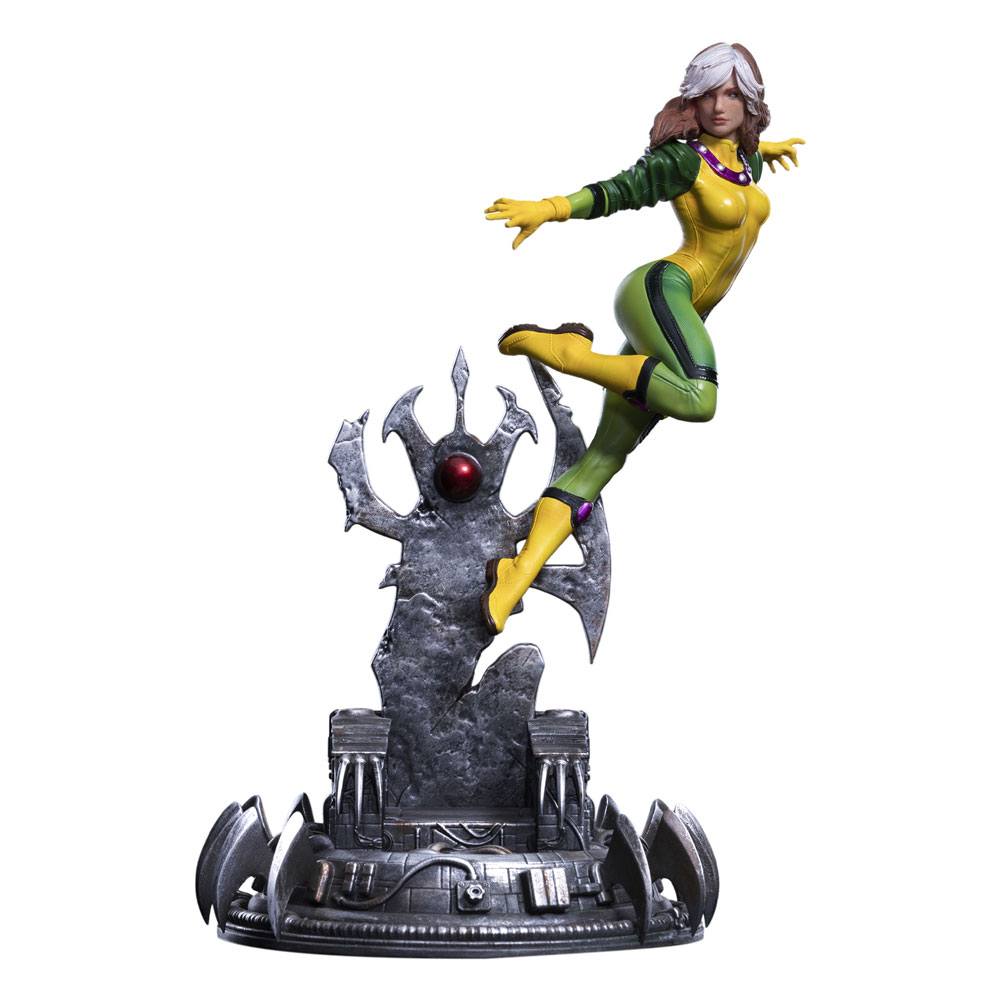 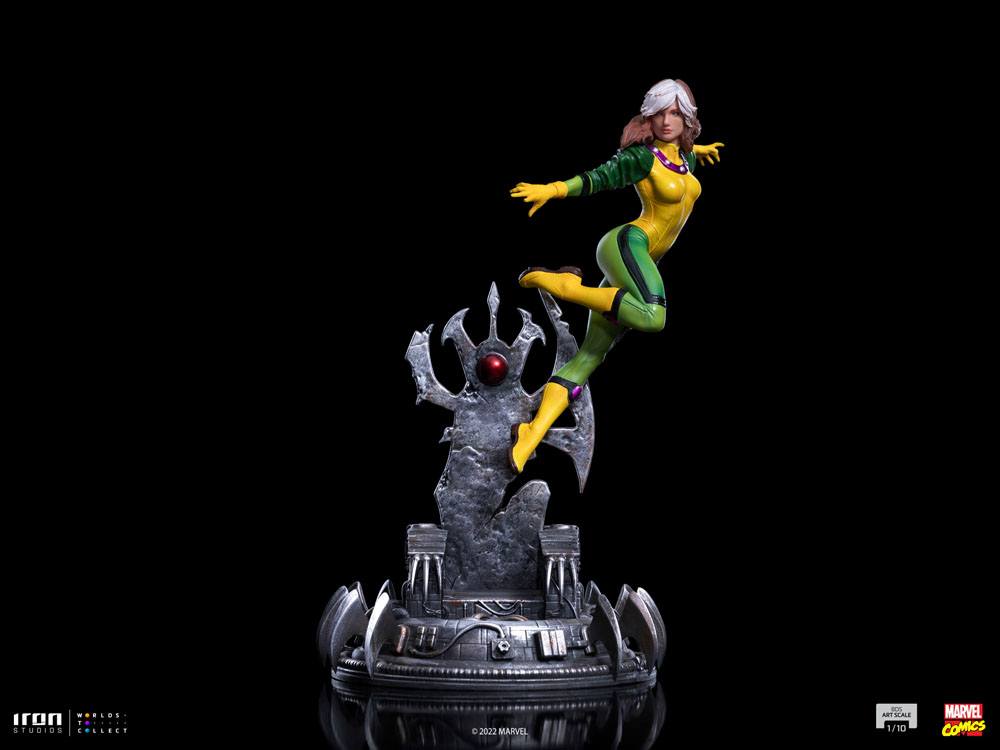 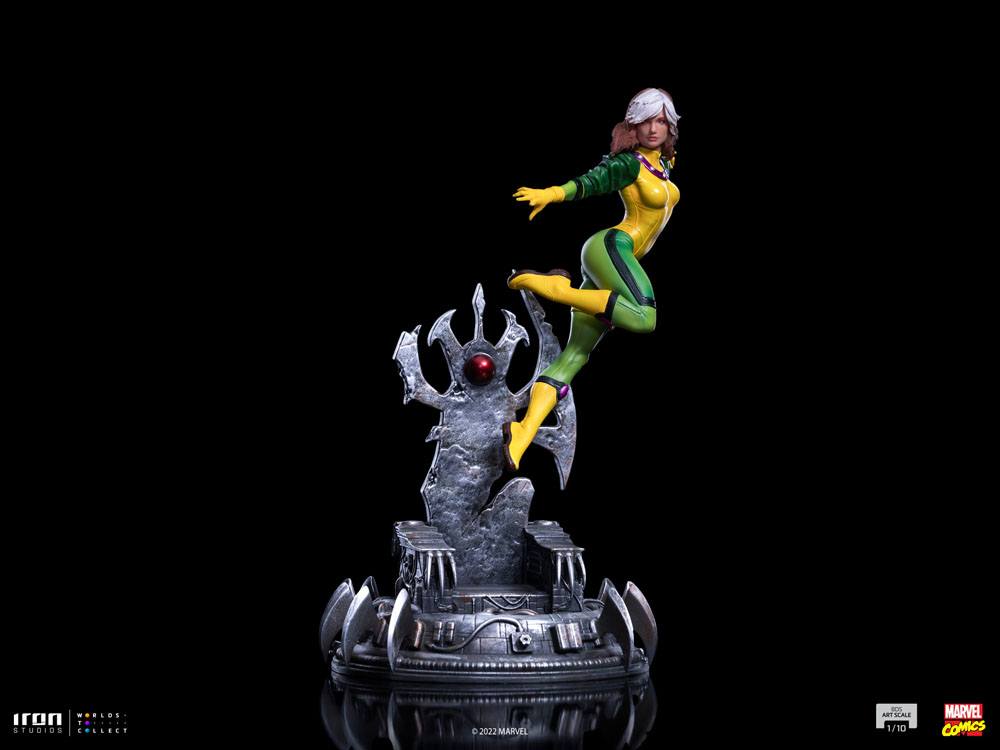 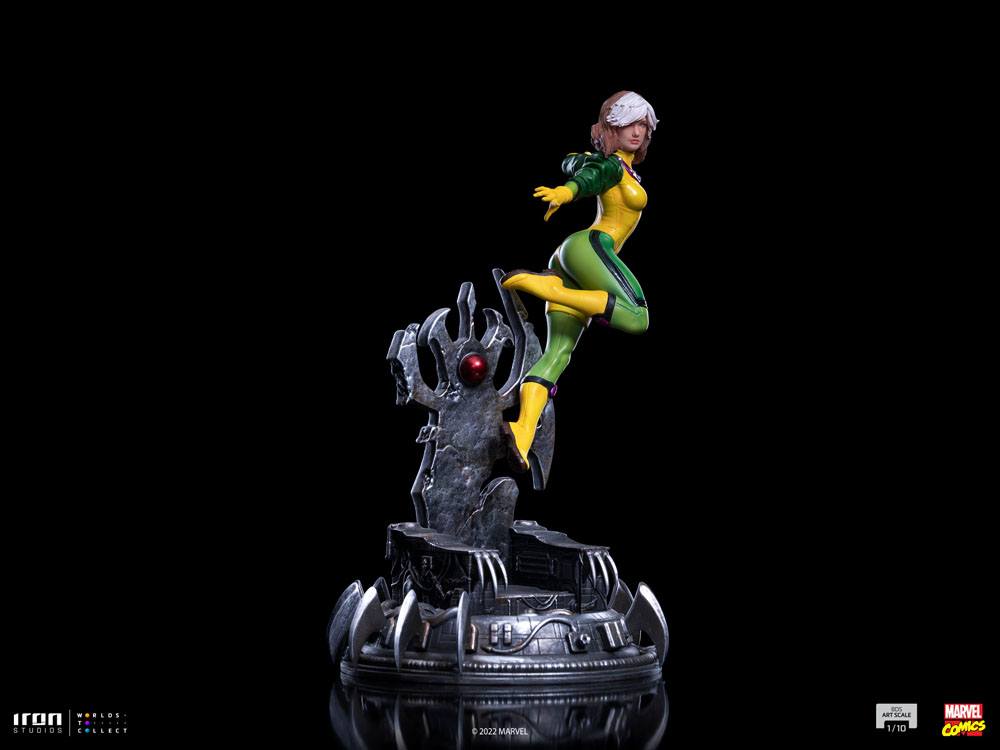 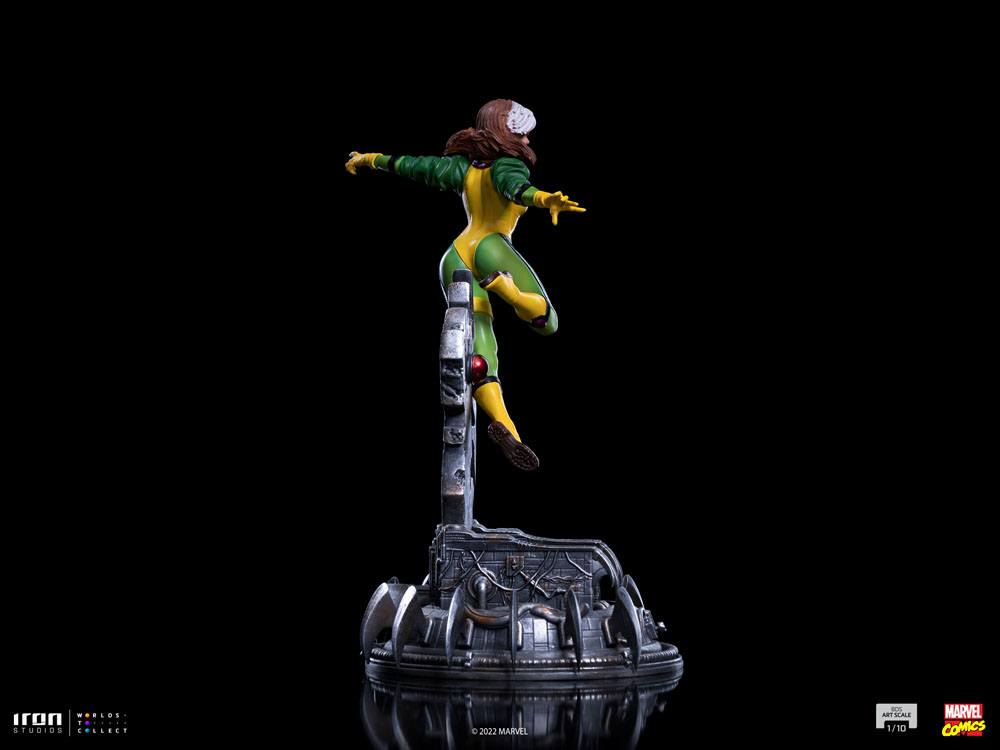 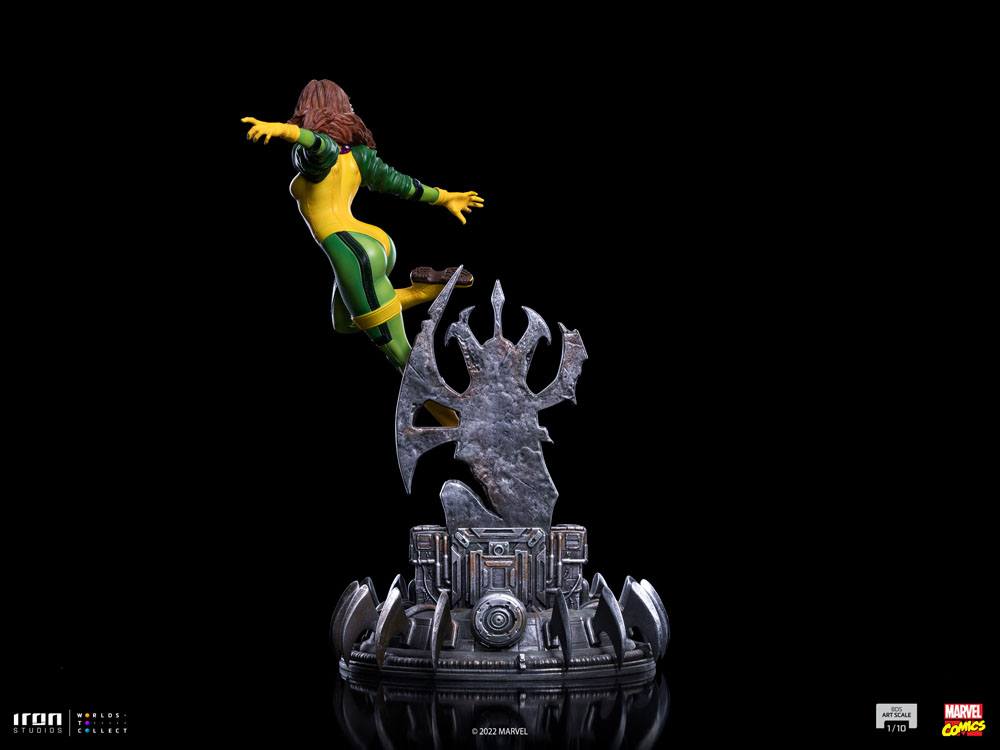 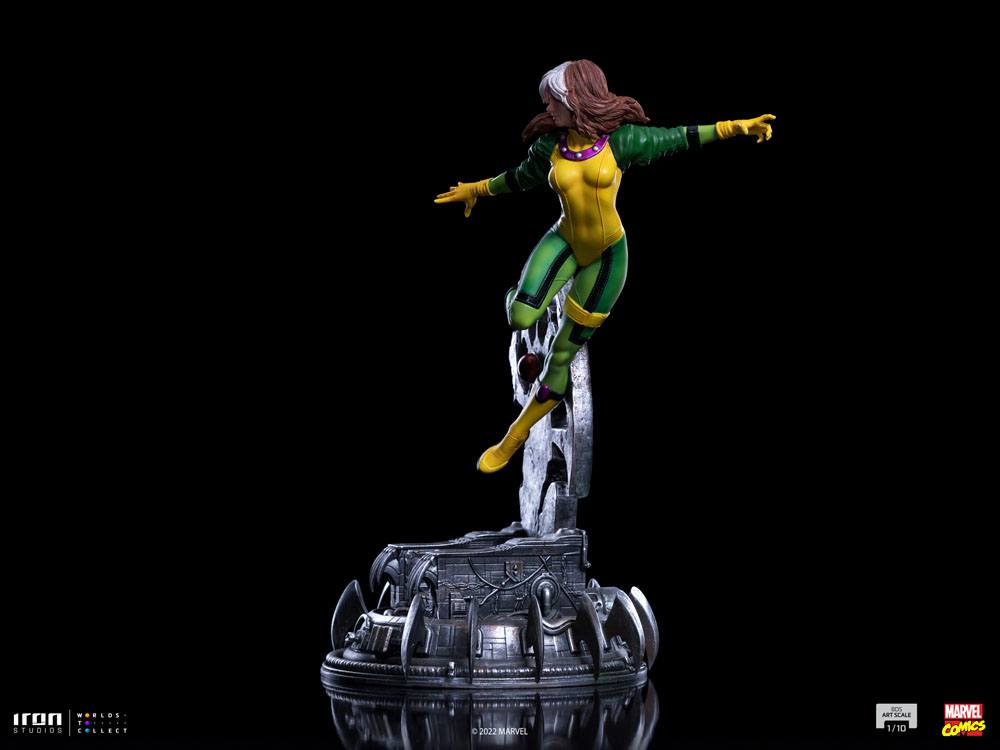 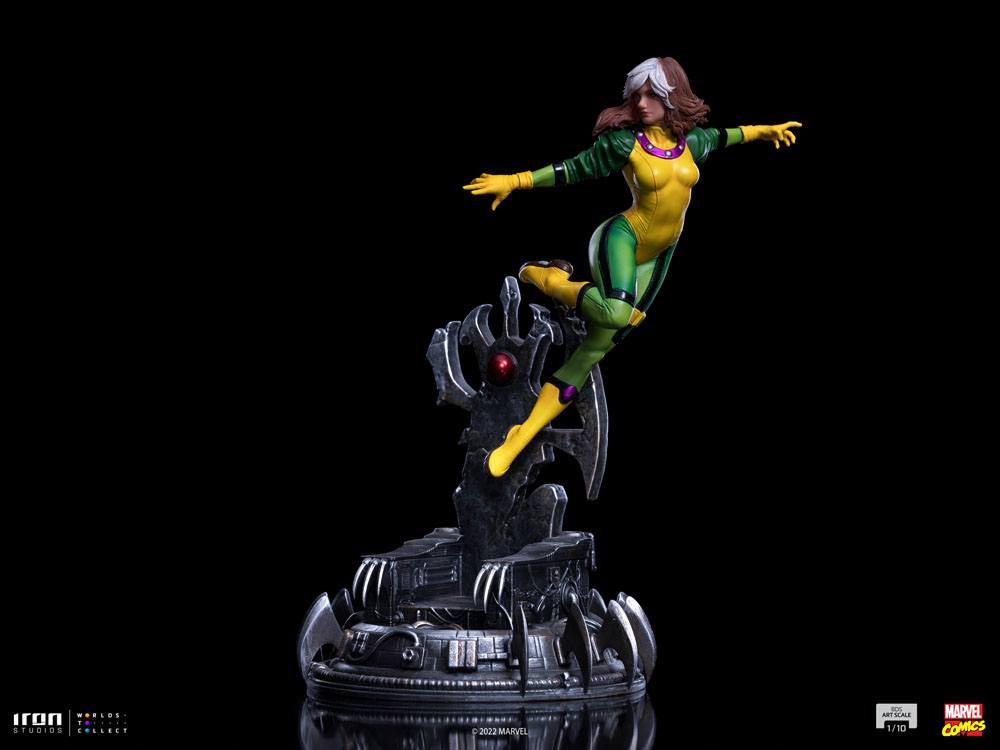 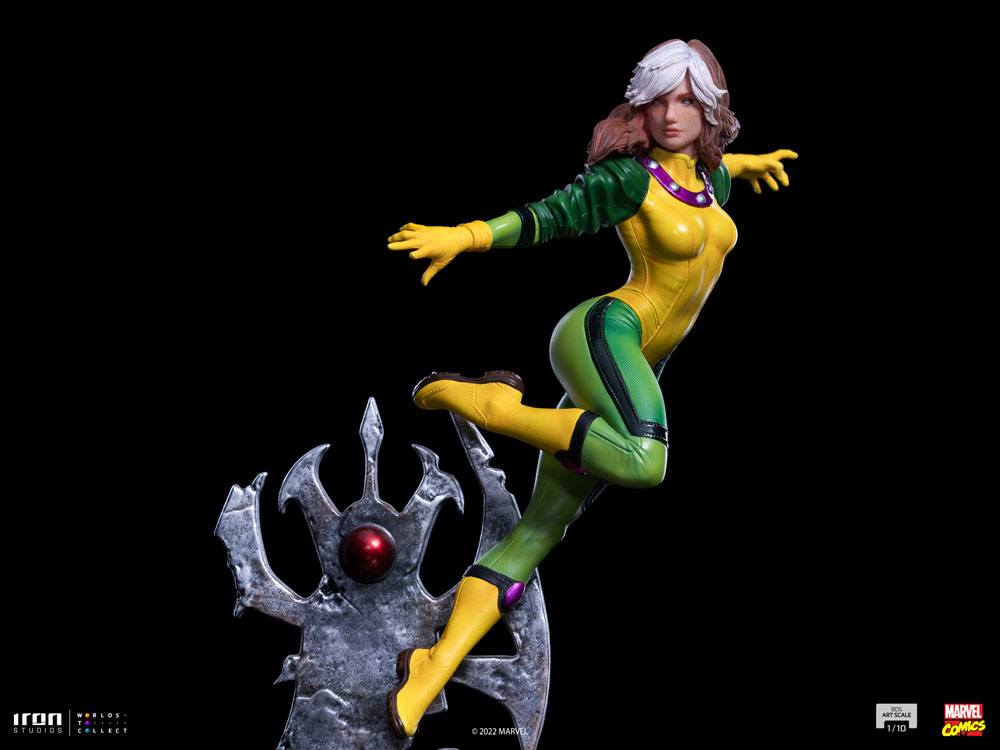 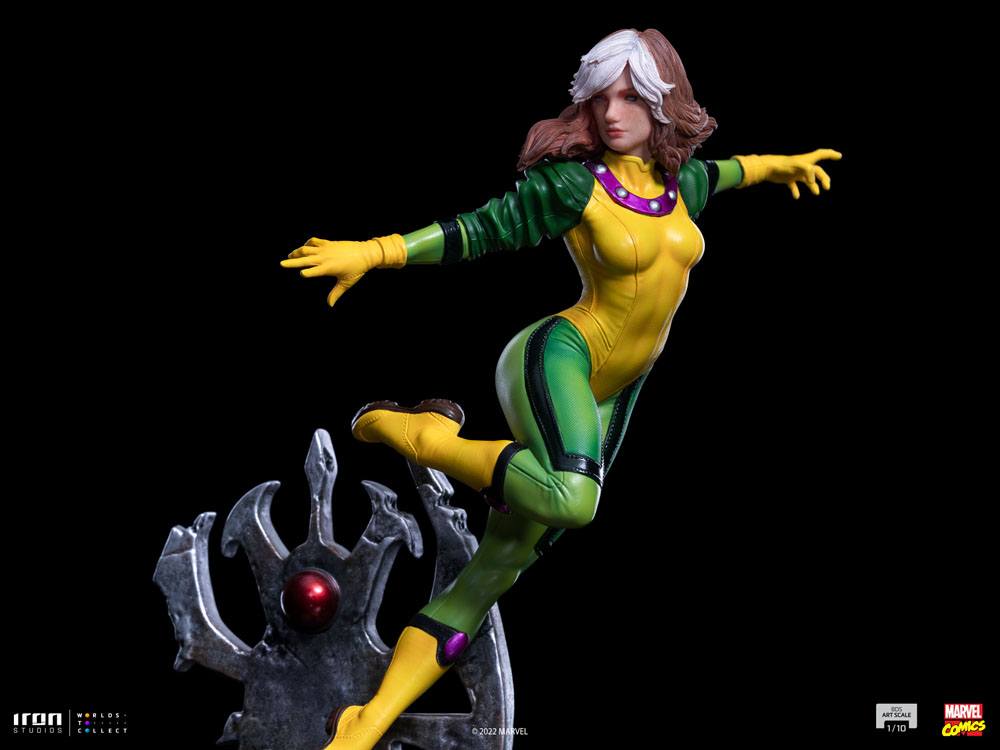 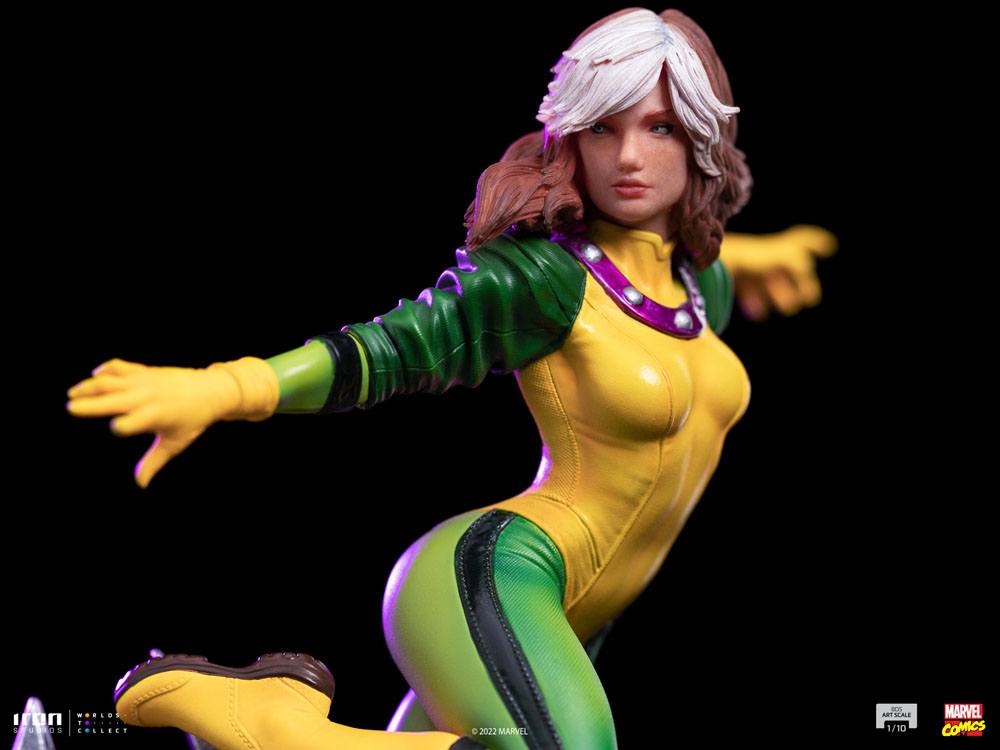 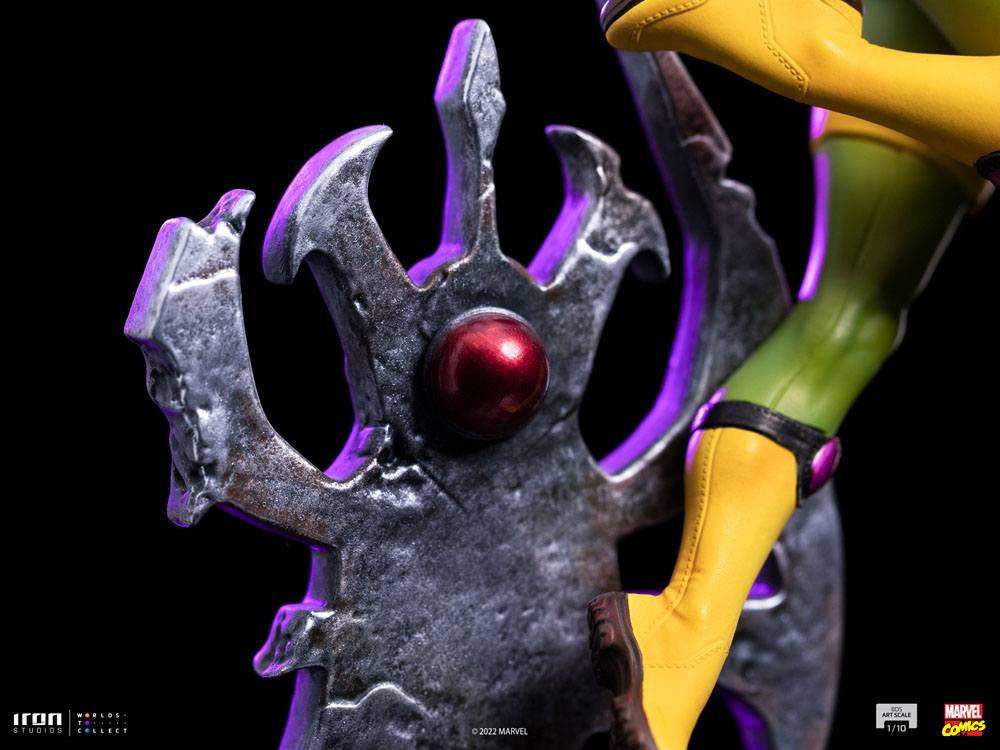 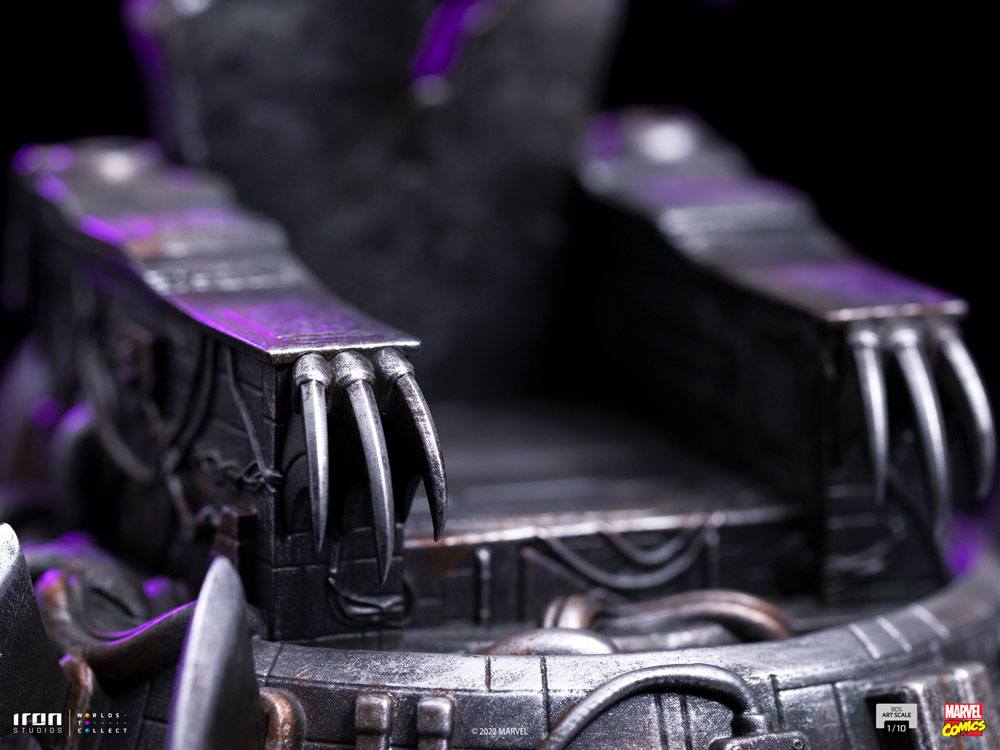 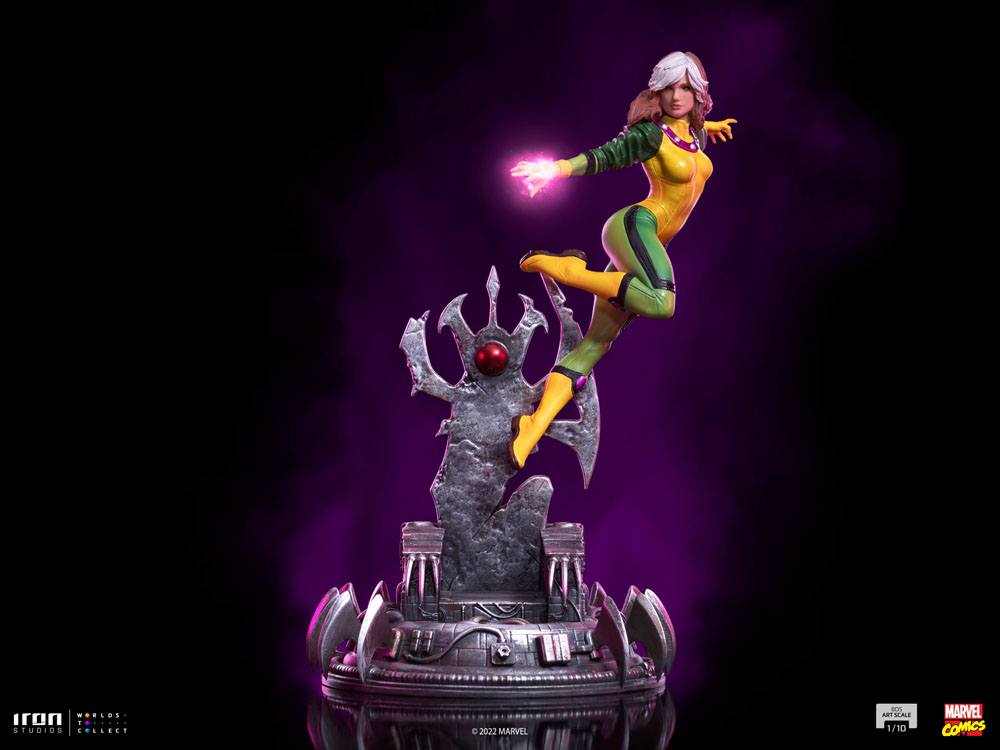 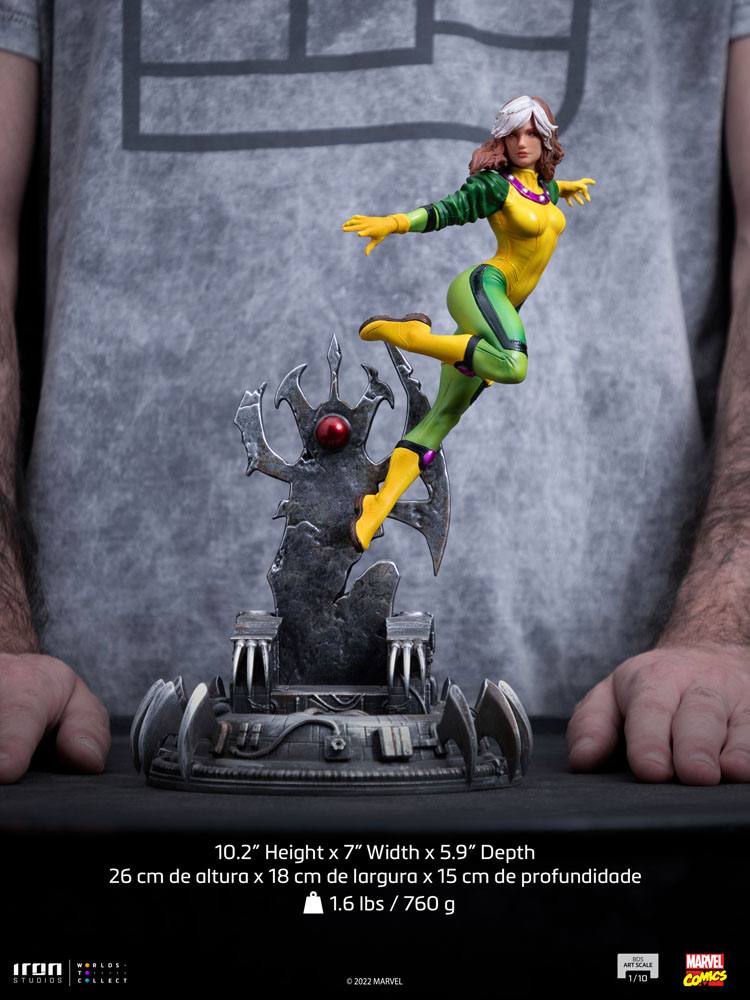 Floating over a pedestal that emulates the throne of her most feared enemy, in an alternate reality, the young mutant with absorption powers and leader of the X-Men uses her mutant abilities next to her husband Magneto and her allies to challenge the tyrant En Sabah Nur, known better as Apocalypse, against his genocidal reign. Iron Studios bring the statue “Rogue BDS – X-Men: Age of Apocalypse – Art Scale 1/10”, inspired by Marvel’s audacious comics saga from the 1990s.

Without the memories of her past, Rogue was rescued by the mutant Mystique and delivered to Magneto’s care. Rogue and the other X-Men were saved in combat by Magneto’s daughter, an act that cost her her life, but before dying, Rogue promised to help her father in his great burden. Soon, Rogue rose on the X-Men’s hierarchy and her proximity in the fulfillment of her promise made stronger feelings born in both of them. In the past, Rogue absorbed the magnetic powers of a mutant called Polaris, and Magneto found out that their similar powers would cancel, allowing them to touch each other. That further strengthened their union, thus, they married and together continued to lead the X-Men.