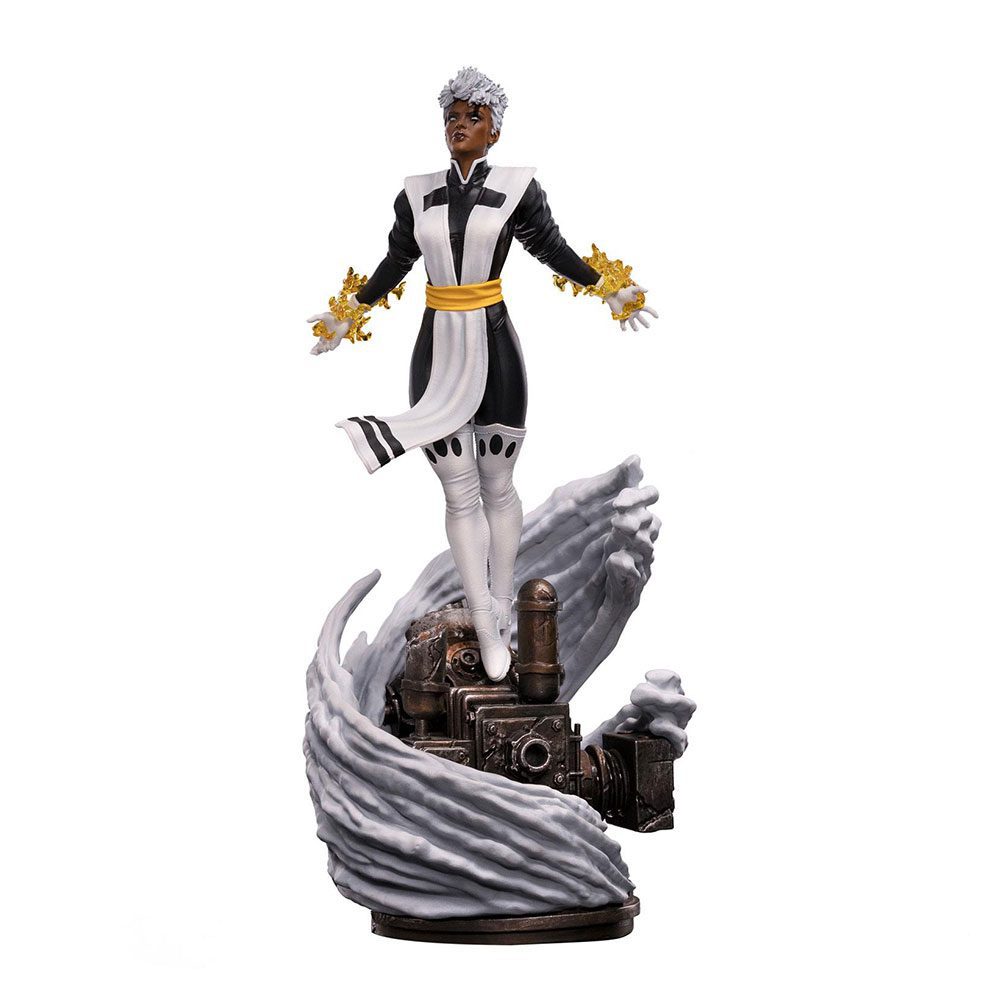 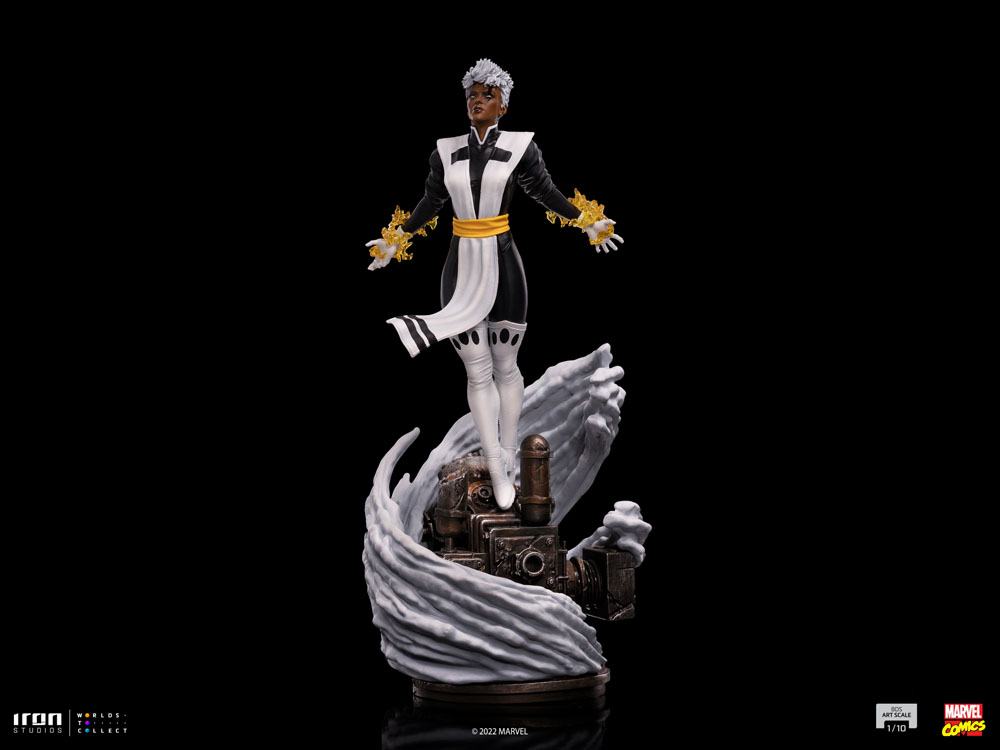 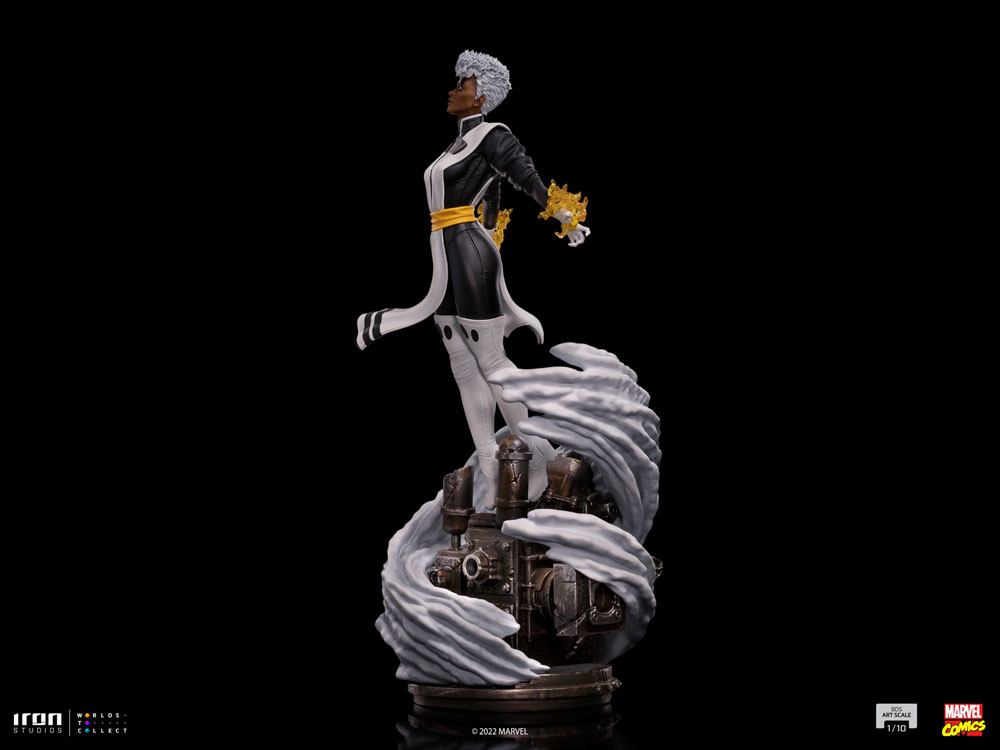 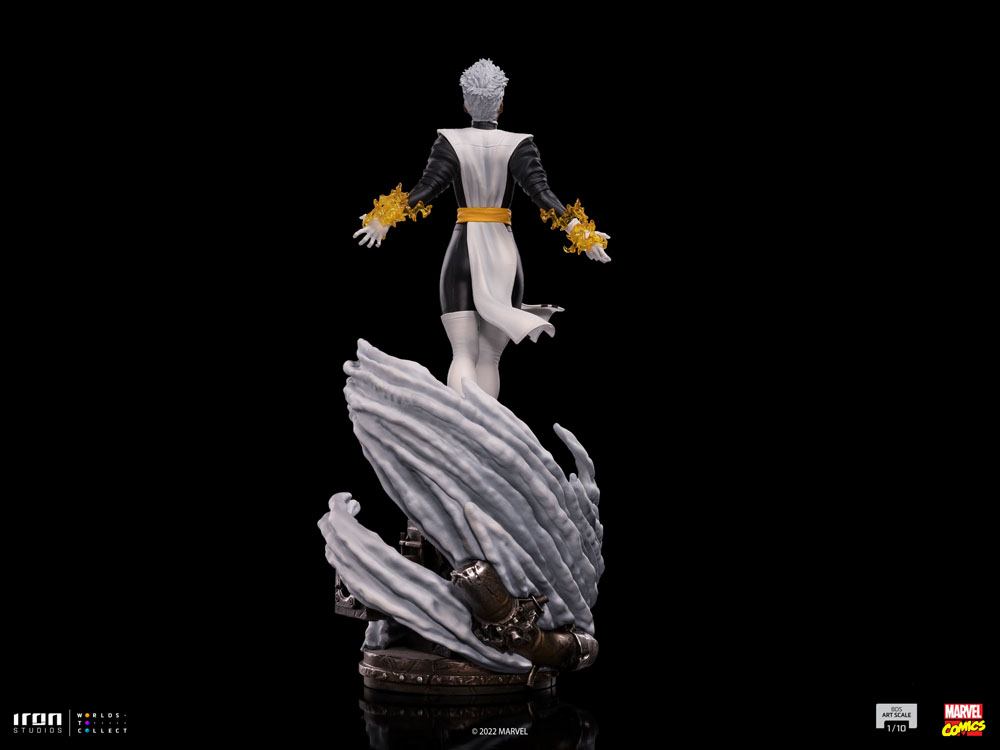 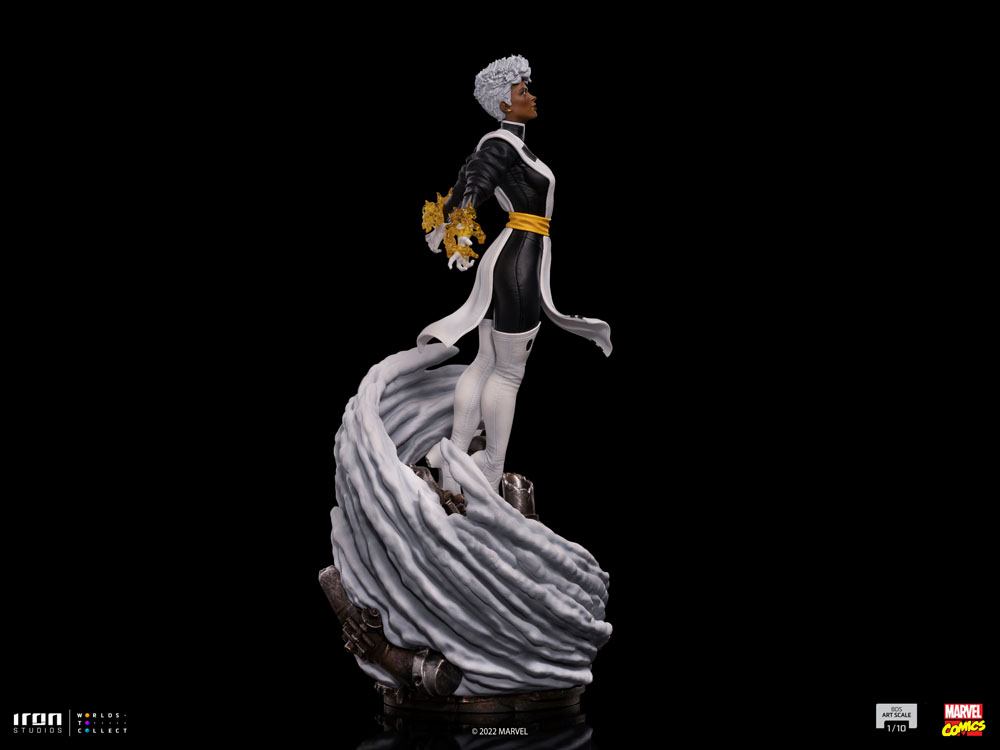 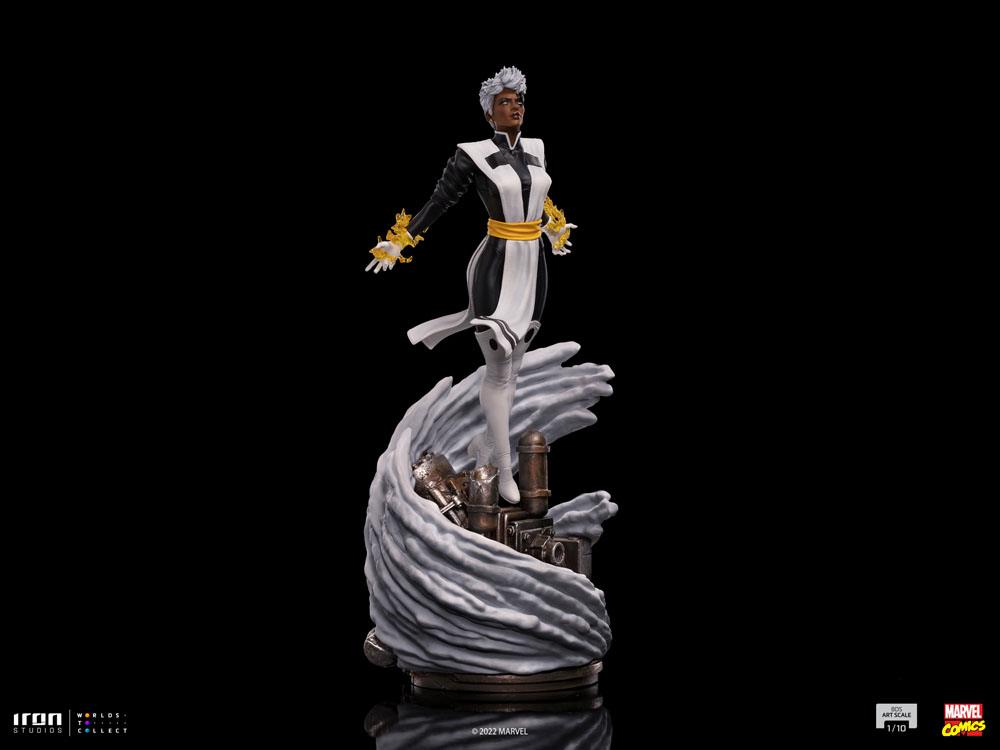 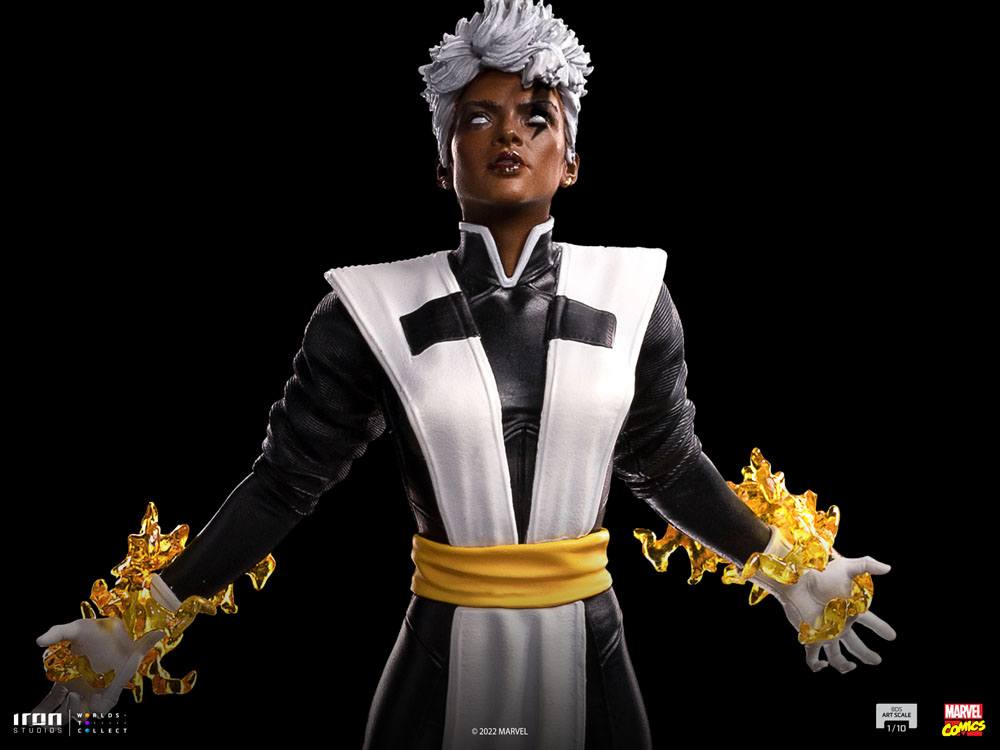 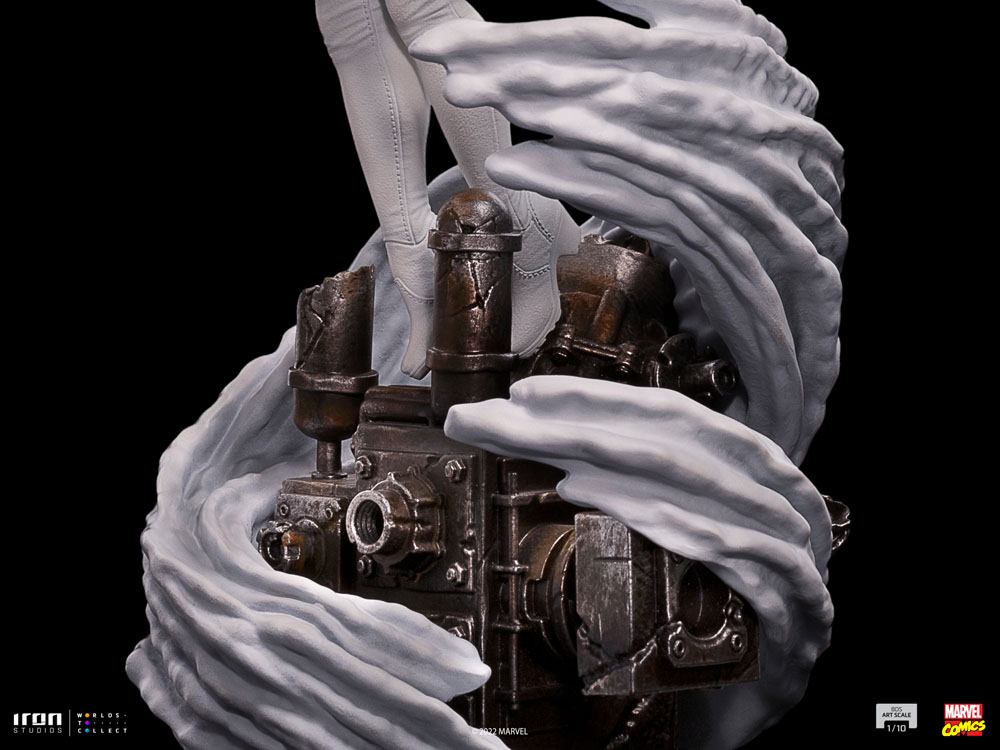 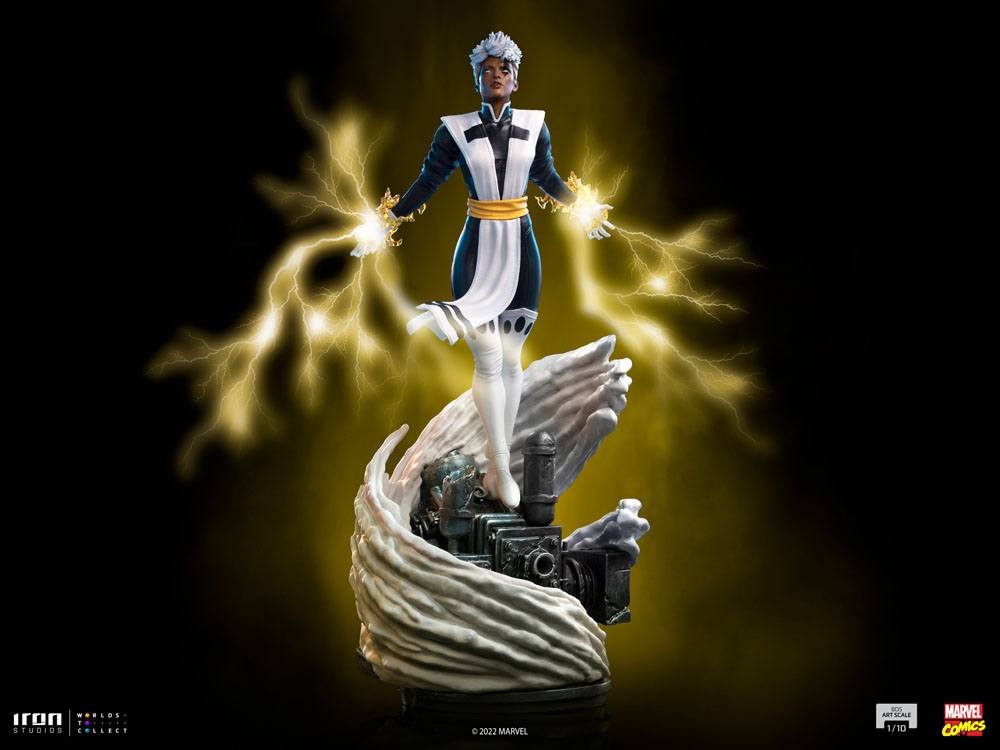 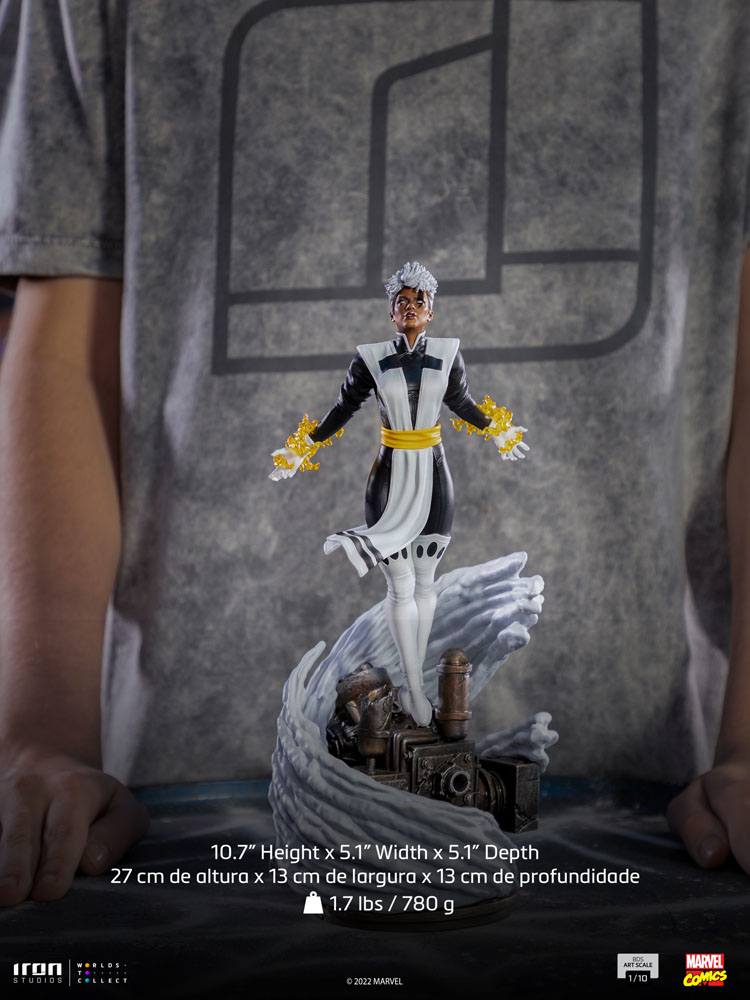 With translucent energy flames spawning from her hands, the mutant with white hair and eyes praised as a deity by her people in the African continent opens her arms while she is raised by a vortex of wind current at her feet that she controls. Wearing a bicolor black and white habit with a flavescent sash on her waist, floating over a pedestal made by rustic mechanic elements, Iron Studios bring the statue “Storm BDS – X-Men: Age of Apocalypse – Art Scale 1/10”, with the version of the Goddess of the Winds inspired by Marvel’s audacious comics saga from the 1990s.

With the objective of keeping her territory in Africa safe from the conflicts of war between humans and mutants, Ororo Munroe ended up drawing Apocalypse’s attention to her and her people. The conqueror villain attacked her nation and captured her to transform her into one of his Horsemen. As Sinister’s prisoner, one of Apocalypse’s minions, she was marked and named Storm. With Scott Summers’ help, a disciple of Sinister, she was able to escape and was found by Pietro, the sprinter mutant known as Quicksilver, Magneto’s son. Thus, Ororo joined the X-Men and kept the name Storm to remind herself of what she had been through.