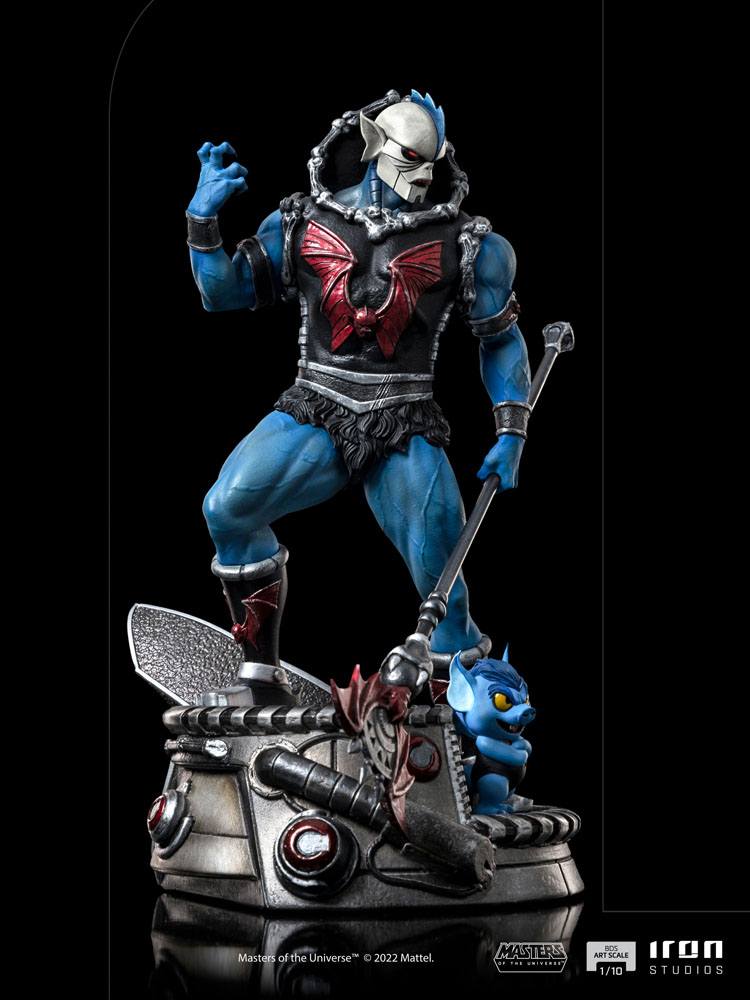 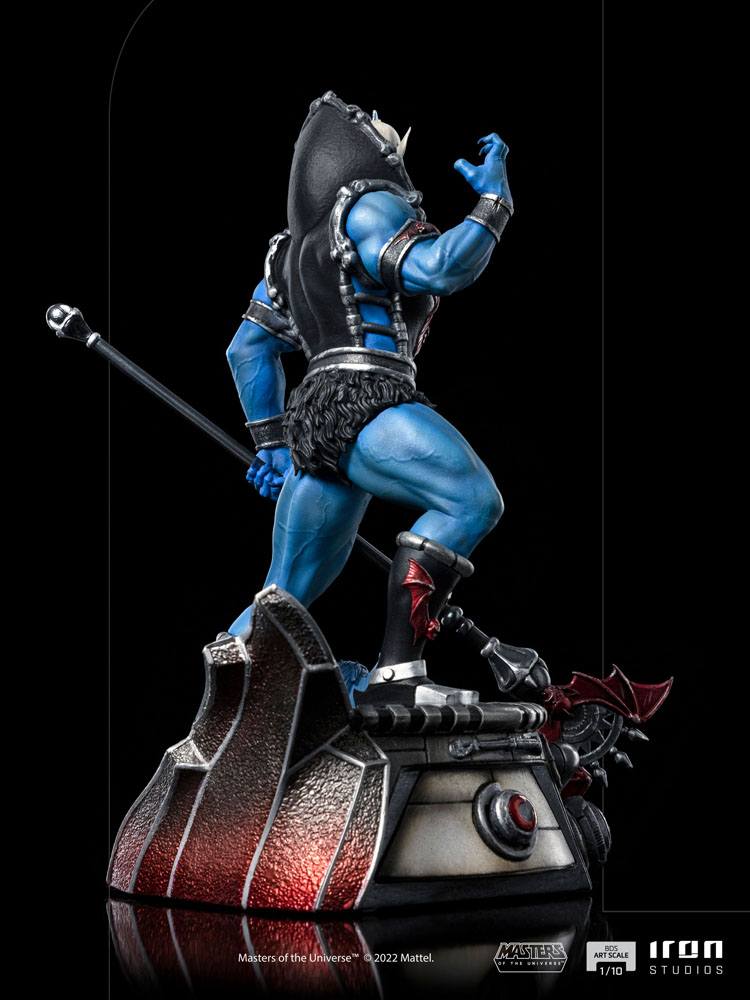 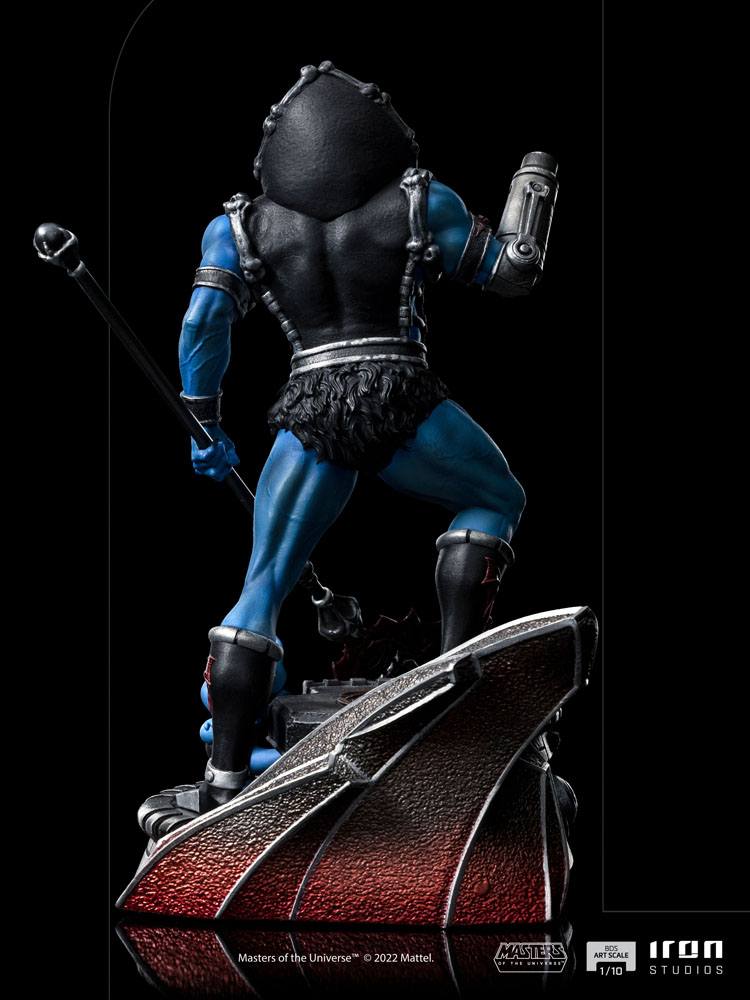 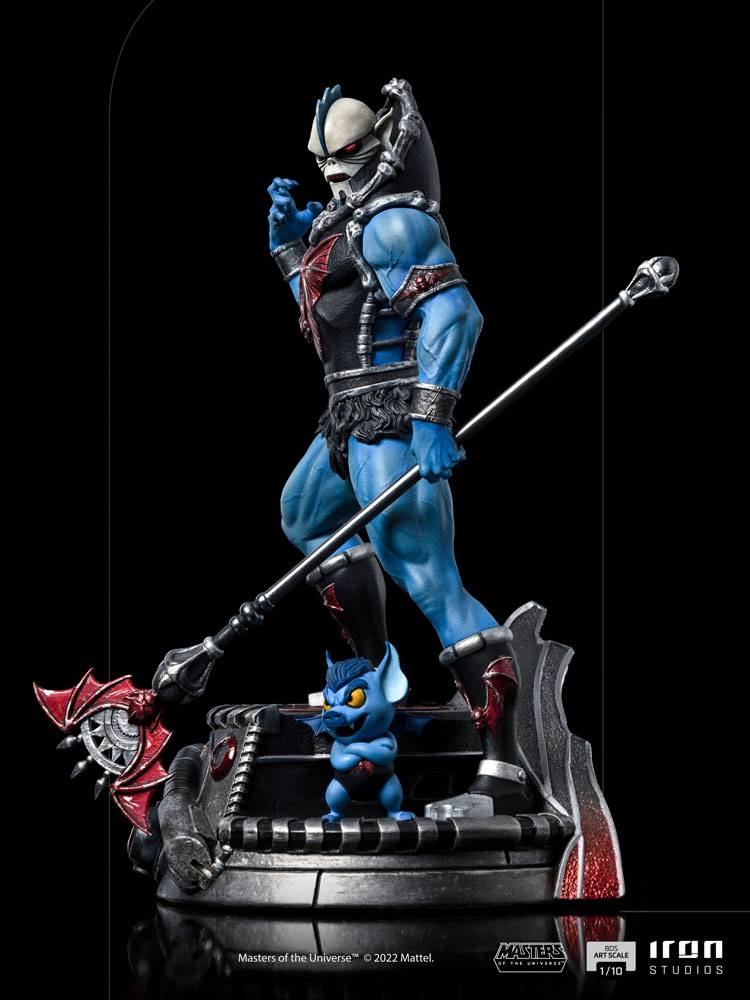 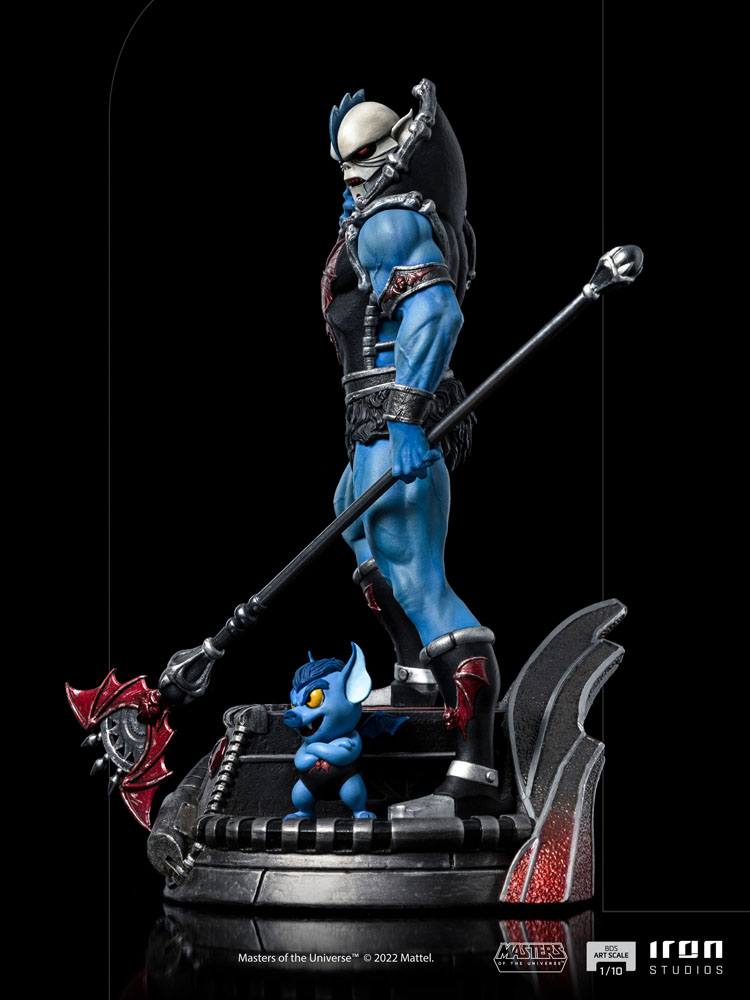 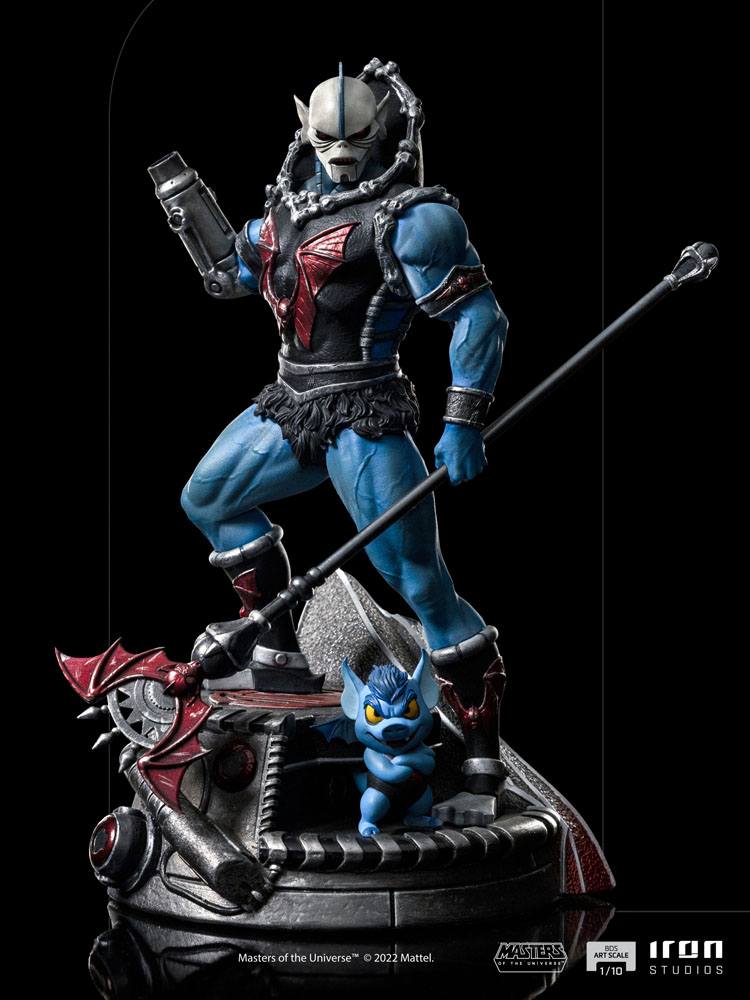 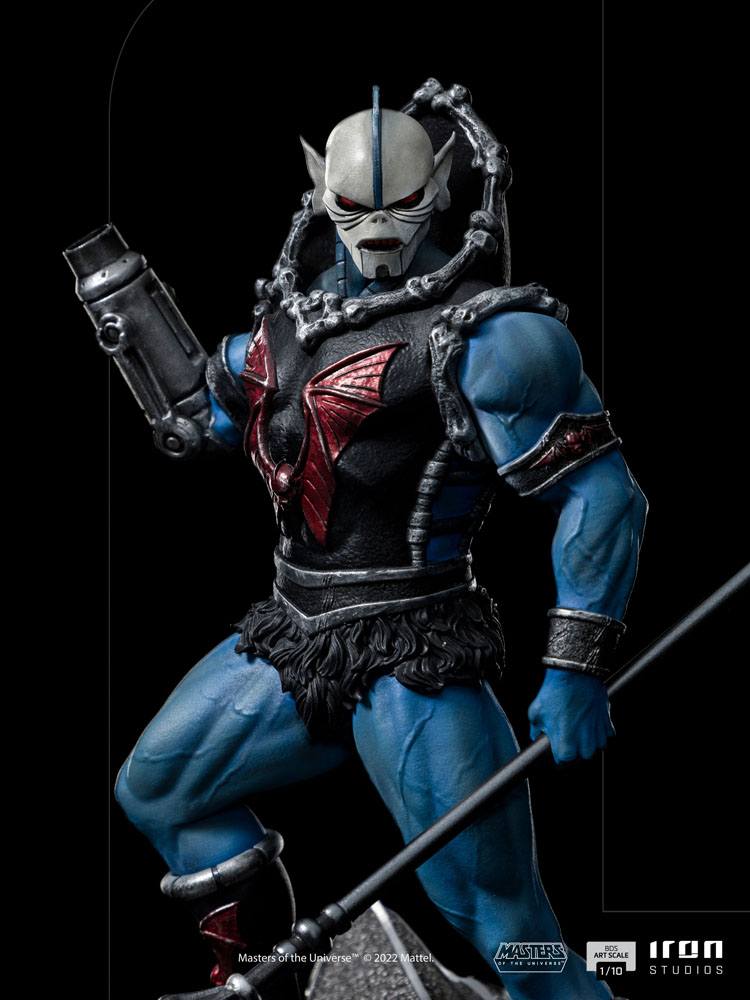 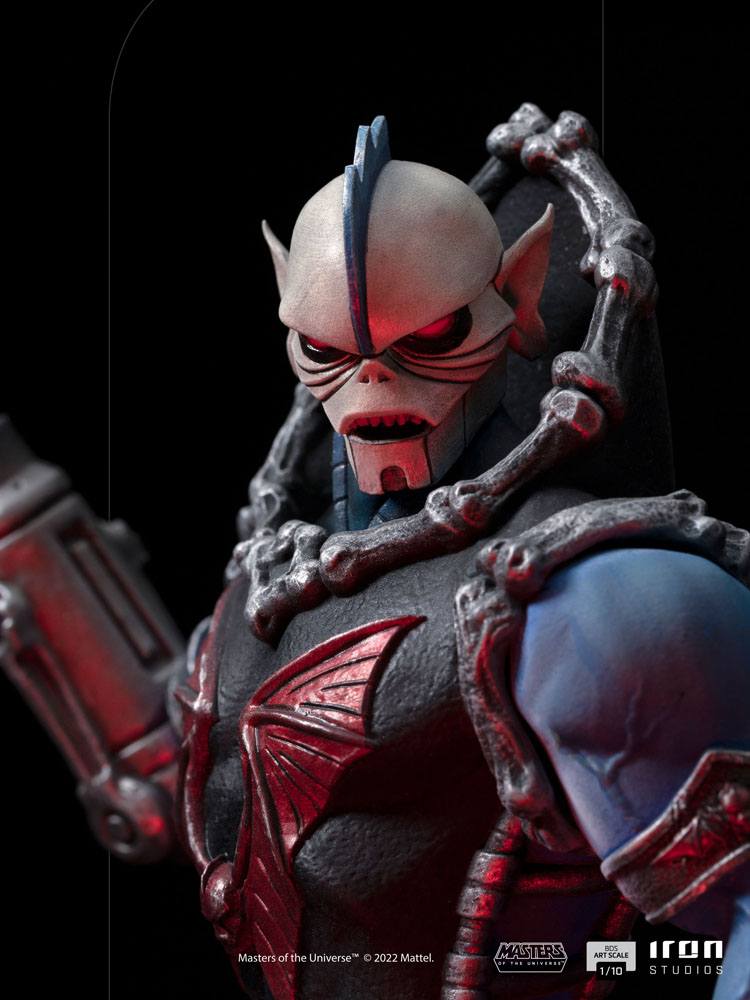 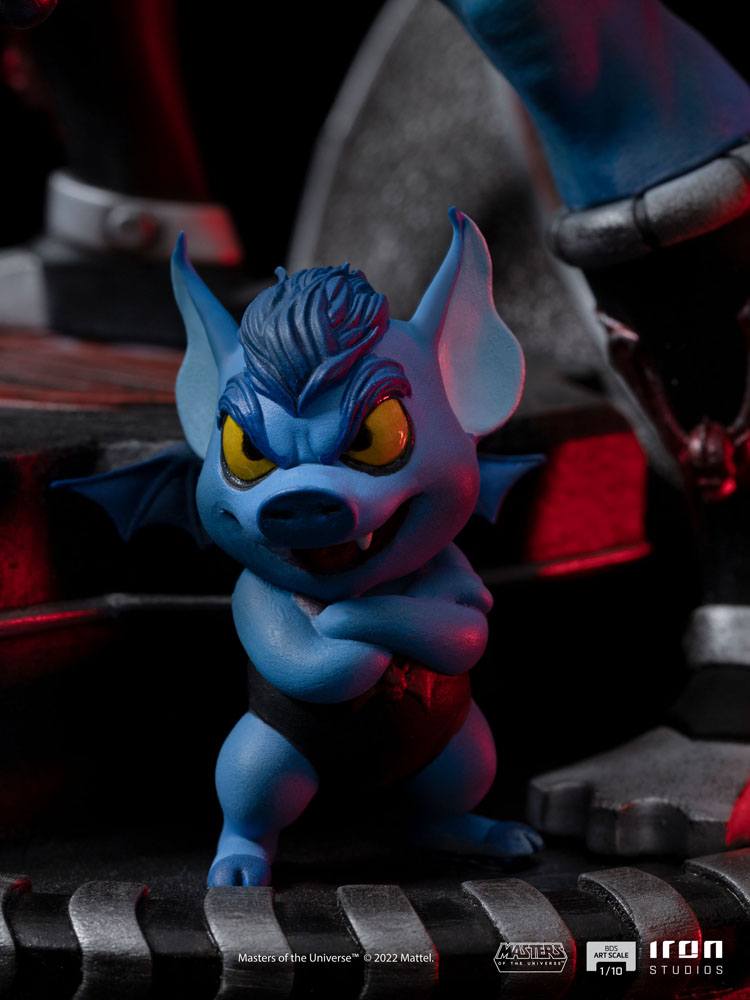 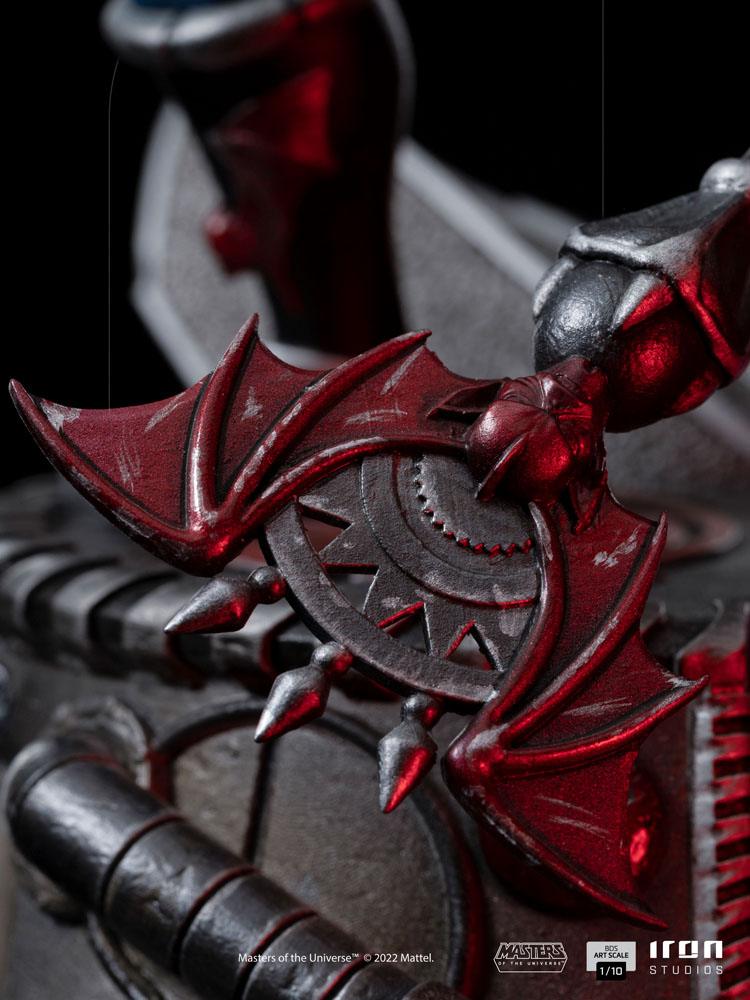 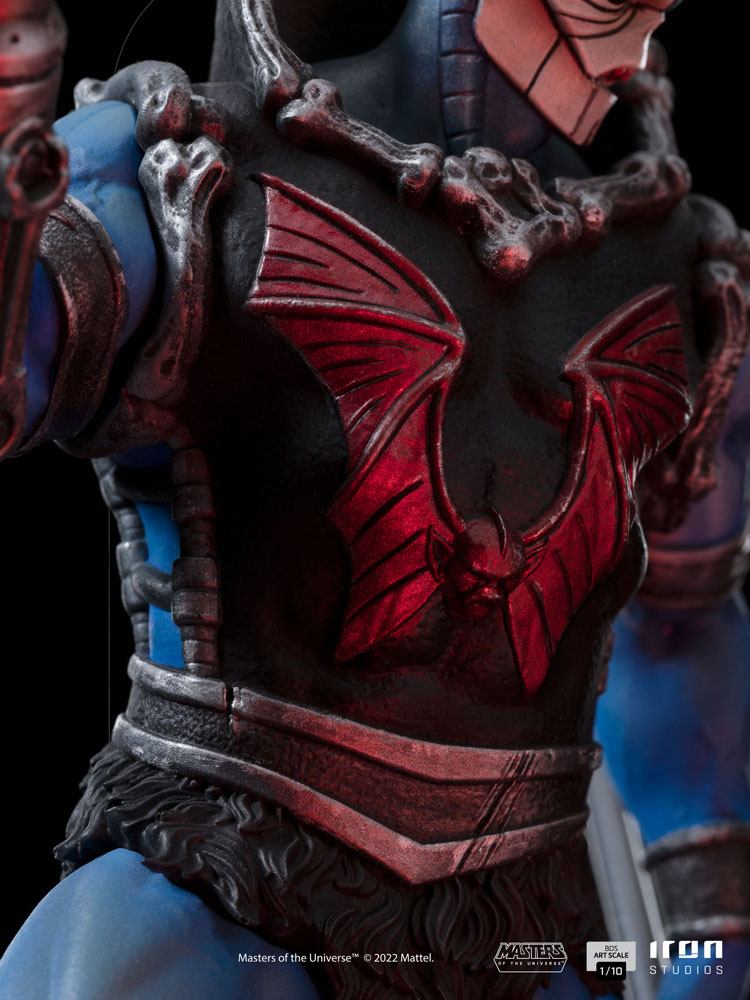 Getting his power from the symbiotic fusion between mysticism and technology, the despot and tyrant villain from planet Etheria expresses his villainy, rage, and impatience by raising his right hand with curved fingers while climbing the metallic floor of his technoindustrial base of operations in the Fright Zone. By his side is his mascot Imp, next to his metal duck feet, a small blue creature with the features of a boar combined with a bat, that has shapeshifting powers, useful to disguise and spy on his rebel enemies. Wielding a staff with the Horde’s red bat symbol on the tip, Iron Studios proudly present the statue “Hordak Deluxe – Masters Of The Universe – Art Scale 1/10”, with the leader of the Evil Horde, one of the main villains from the Masters of the Universe franchise, and greatest arch-enemy of She-Ra, He-Man’s twin sister.

Ruling planet Etheria with an army of Horde soldiers, Hordak is the main antagonist of the animated series “She-Ra: Princess of Power” by Filmation. A warlord in the old Eternia, Hordak saved Keldor’s life and transformed him into Skeletor in the past, becoming his mentor, but differently from his treacherous former student that mainly depends on magic, Hordak makes use of science and technology in addition to his mystic powers and is capable of physically transforming, usually his arms, into a great variety of weapons and mechanical devices, including cannons, rockets, tanks, saw blades, drills, and flamethrowers. Presenting a grotesque white face with red eyes, a flat nose, red fangs, a comb, and ears shaped like fins that remind marine or amphibious features, his suit brings a bone necklace around his head and a black breastplate armor with the Horde’s bat symbol stamped on the chest, exposing his arms and legs with blue skin from his cyborg body. Cruel and evil, he enjoys watching other people’s pain and misery, including his own minions, and he’s faced by She-Ra, He-Man’s lost twin sister, and her allies from The Great Rebellion to free Etheria from Hordak’s evil forces.