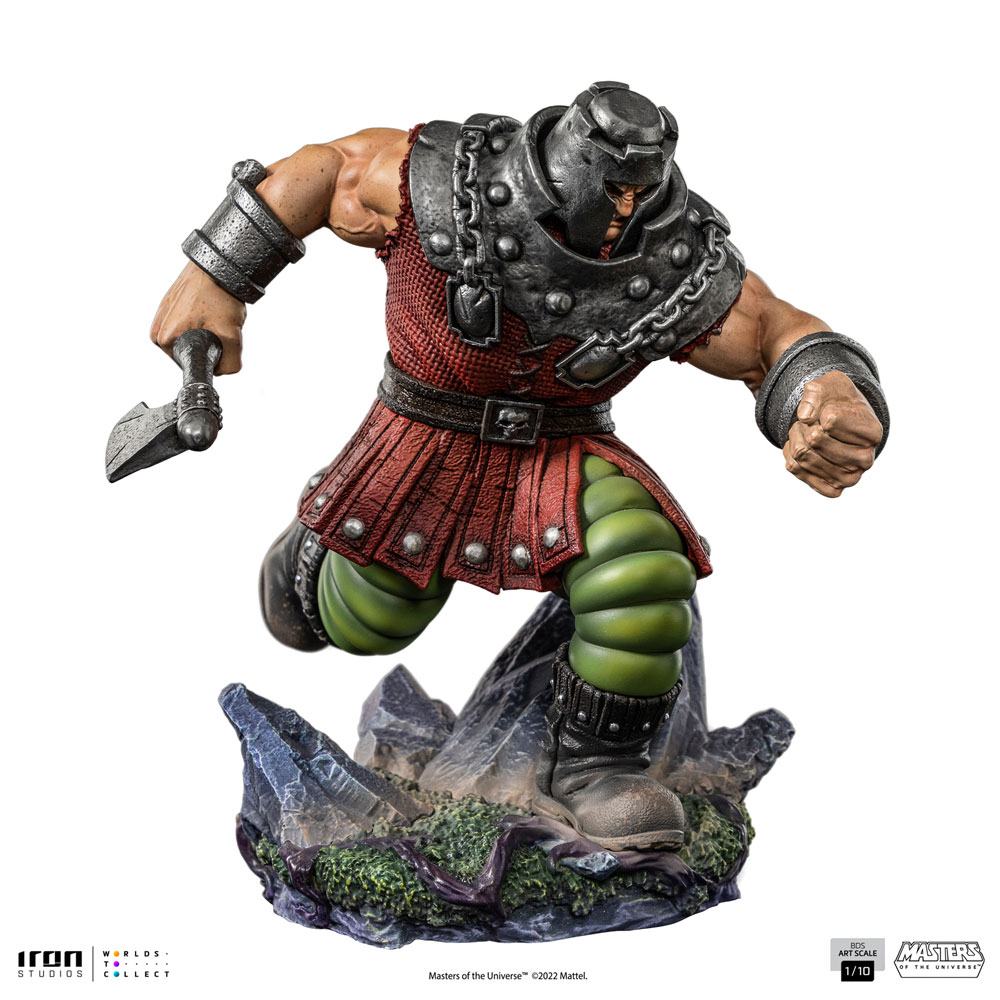 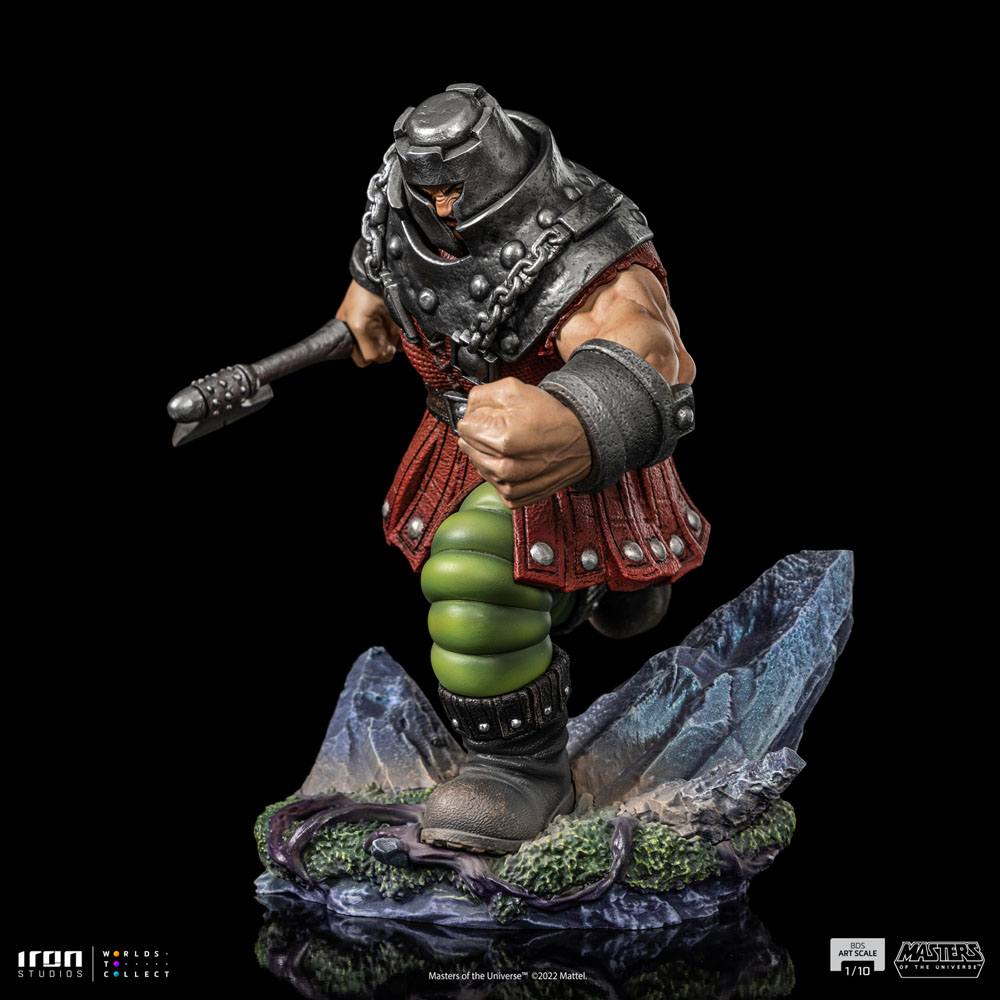 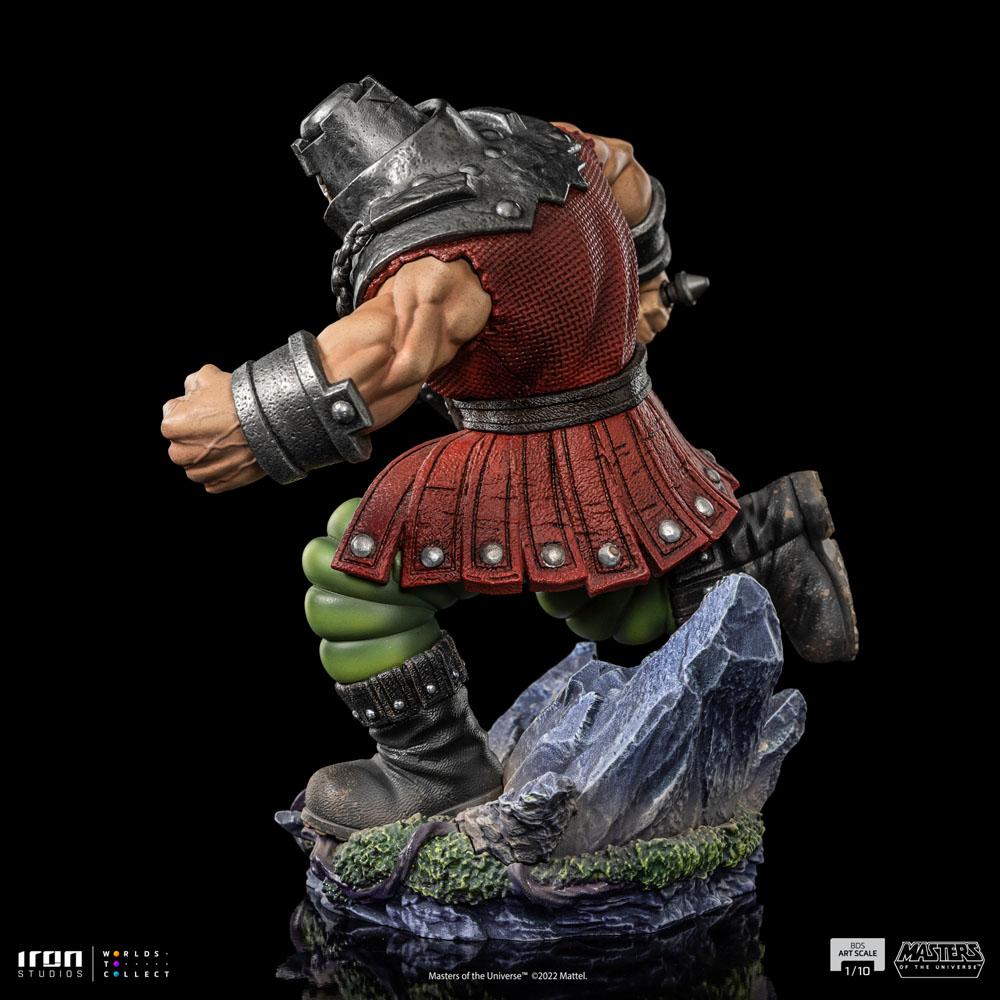 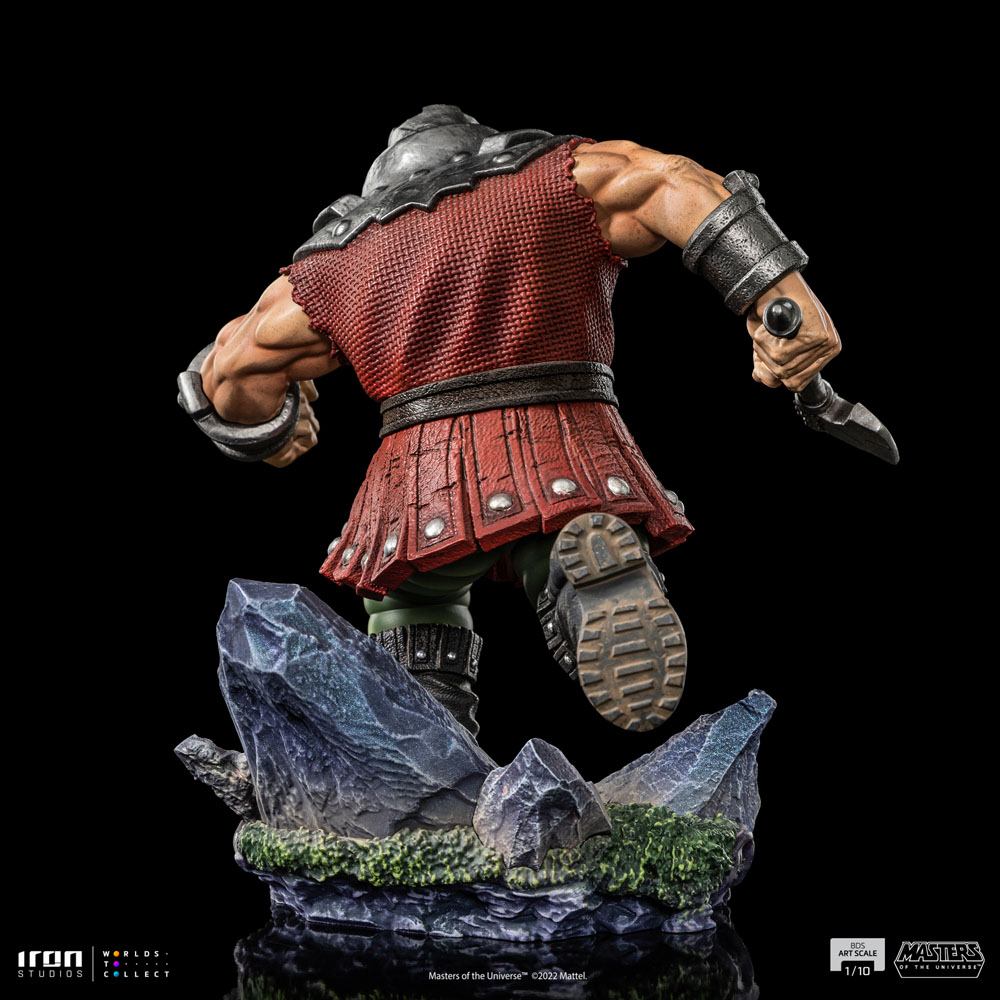 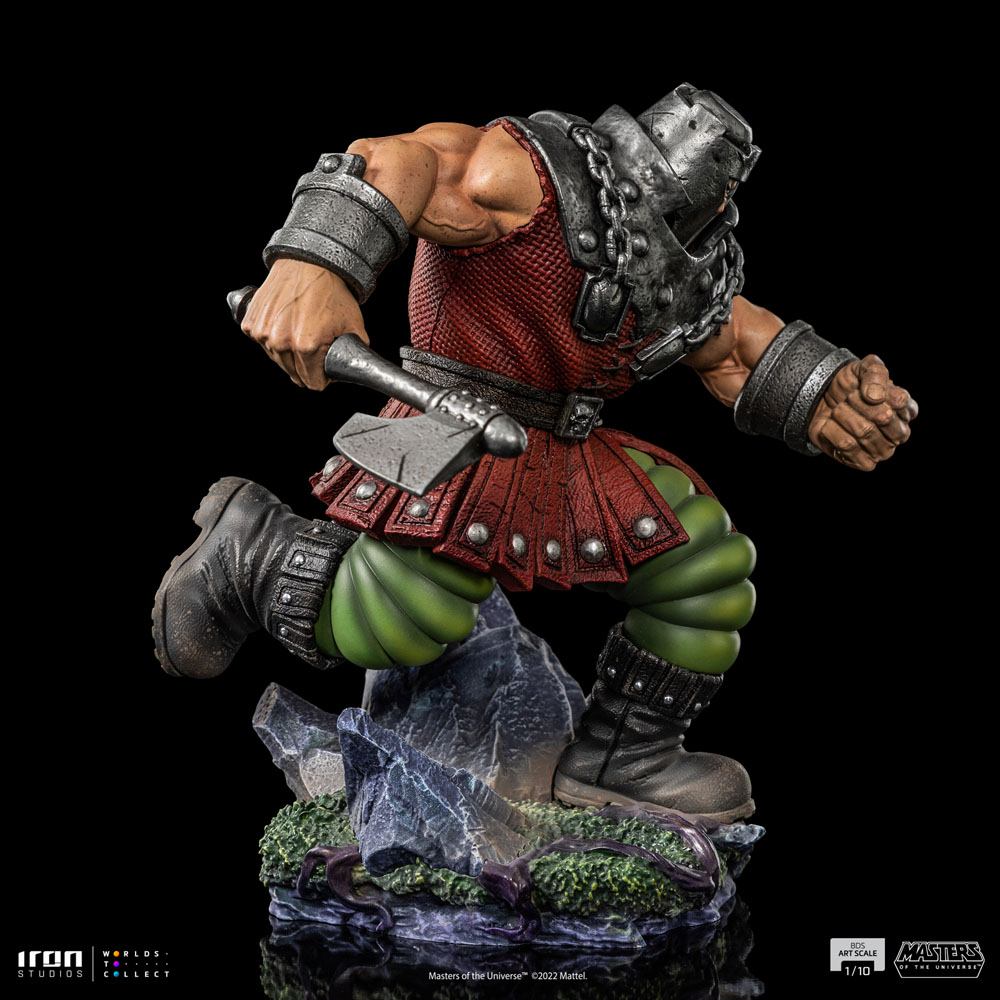 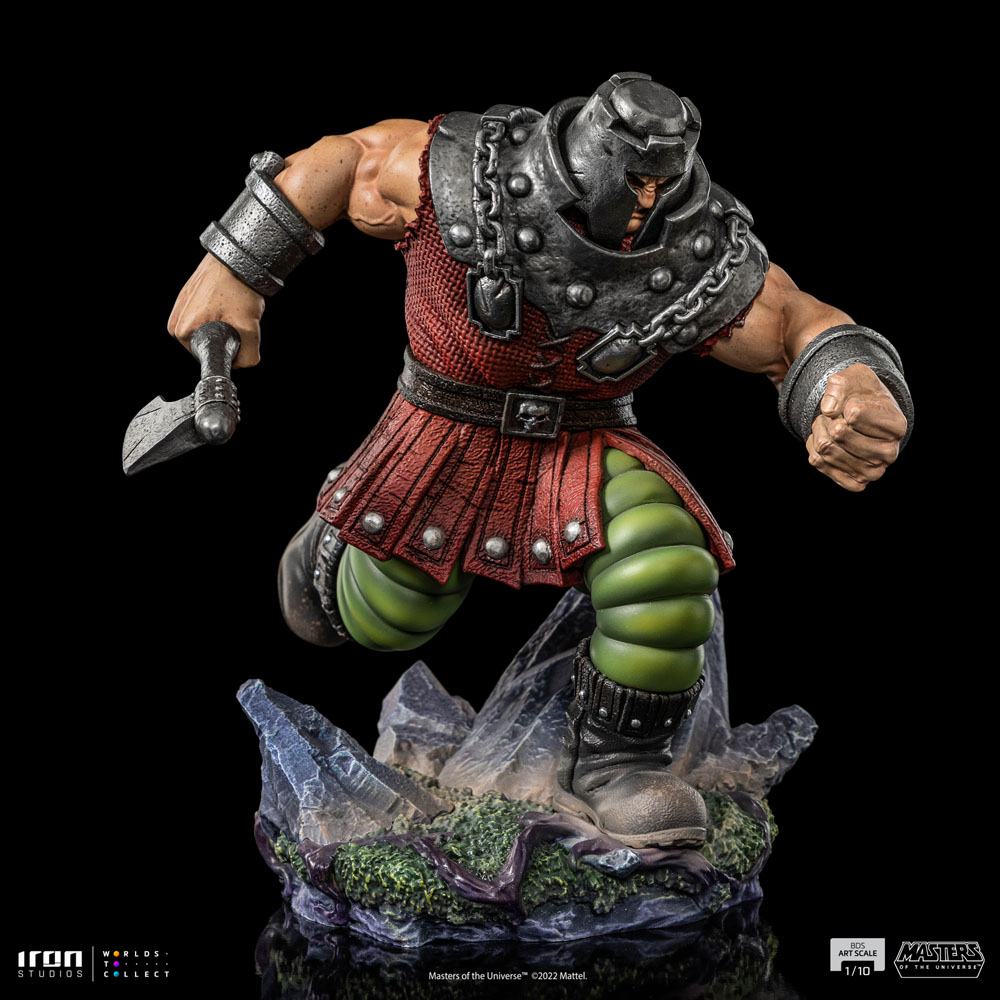 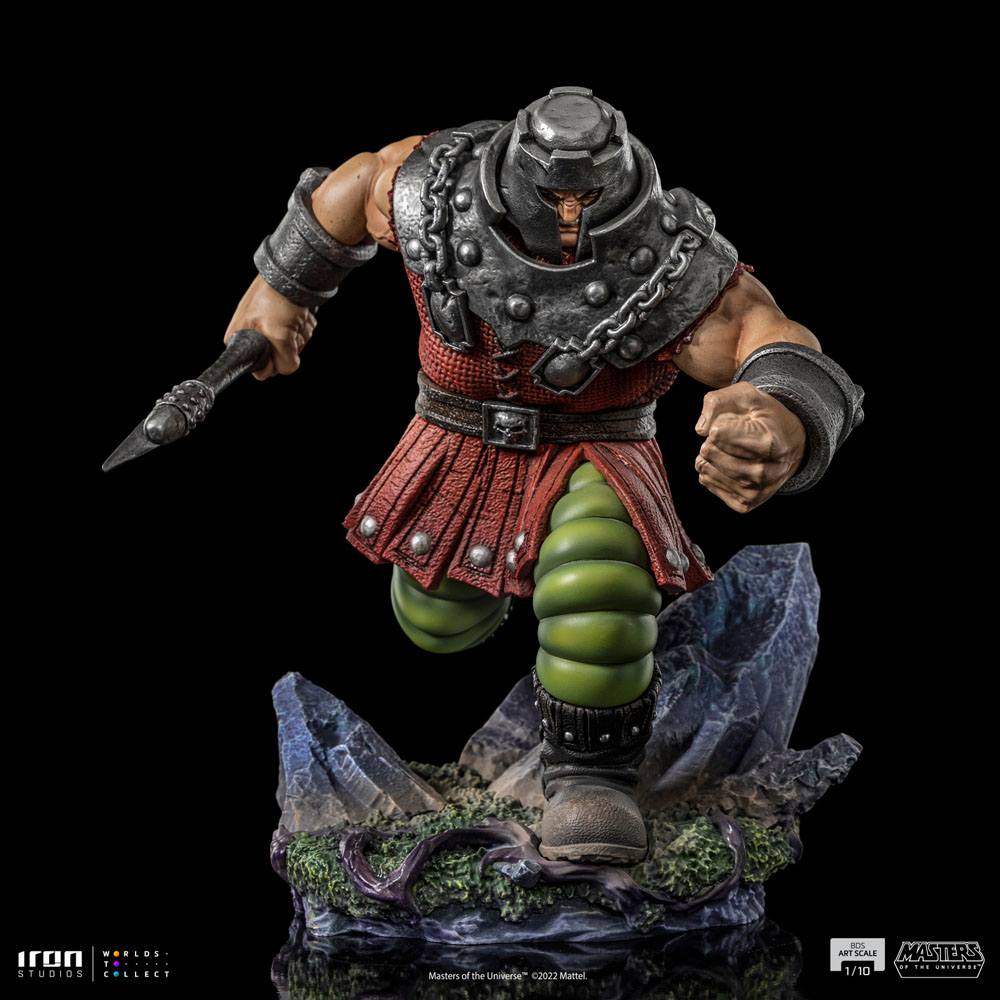 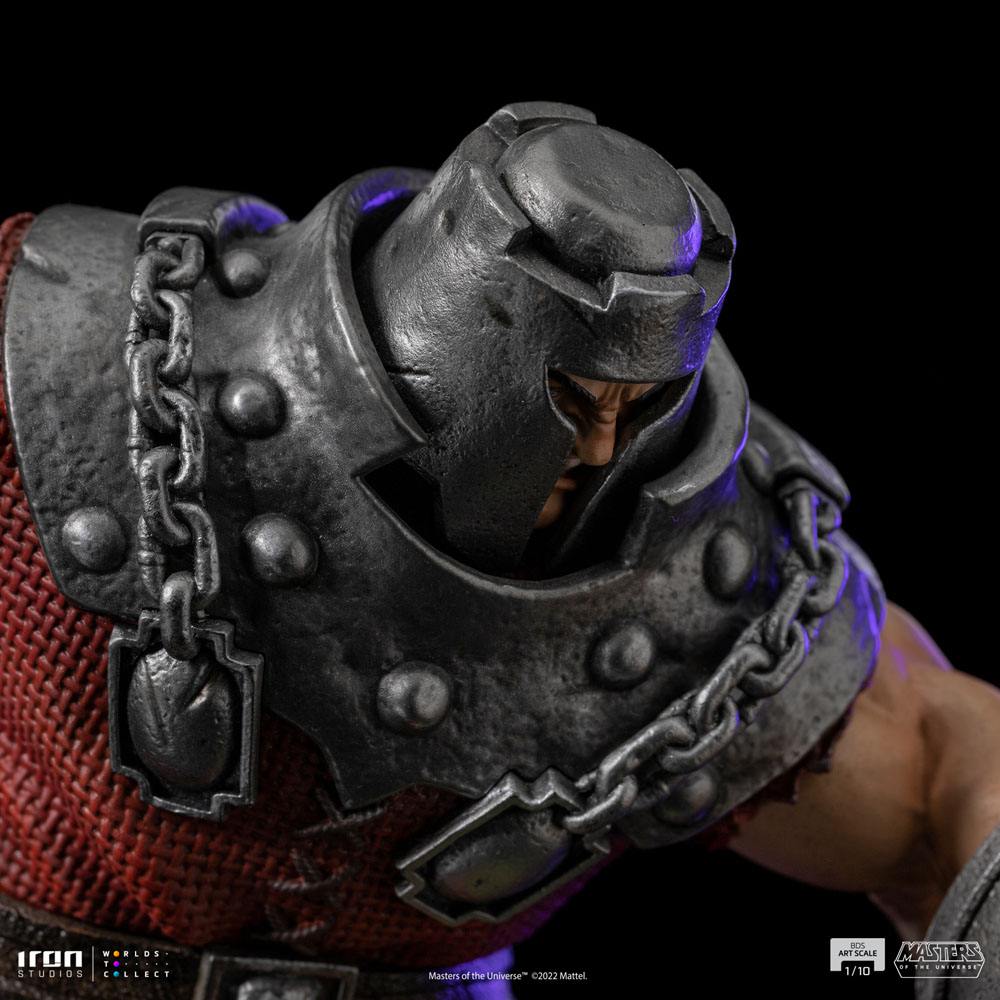 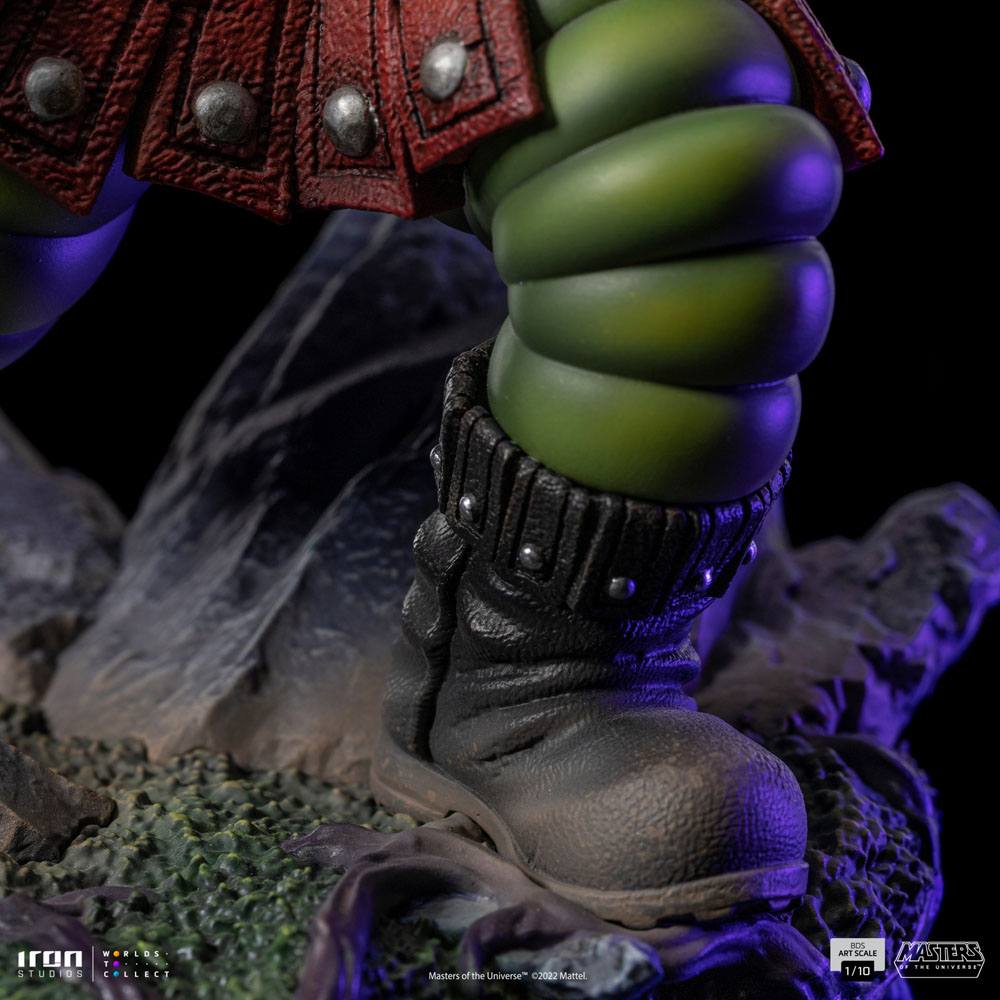 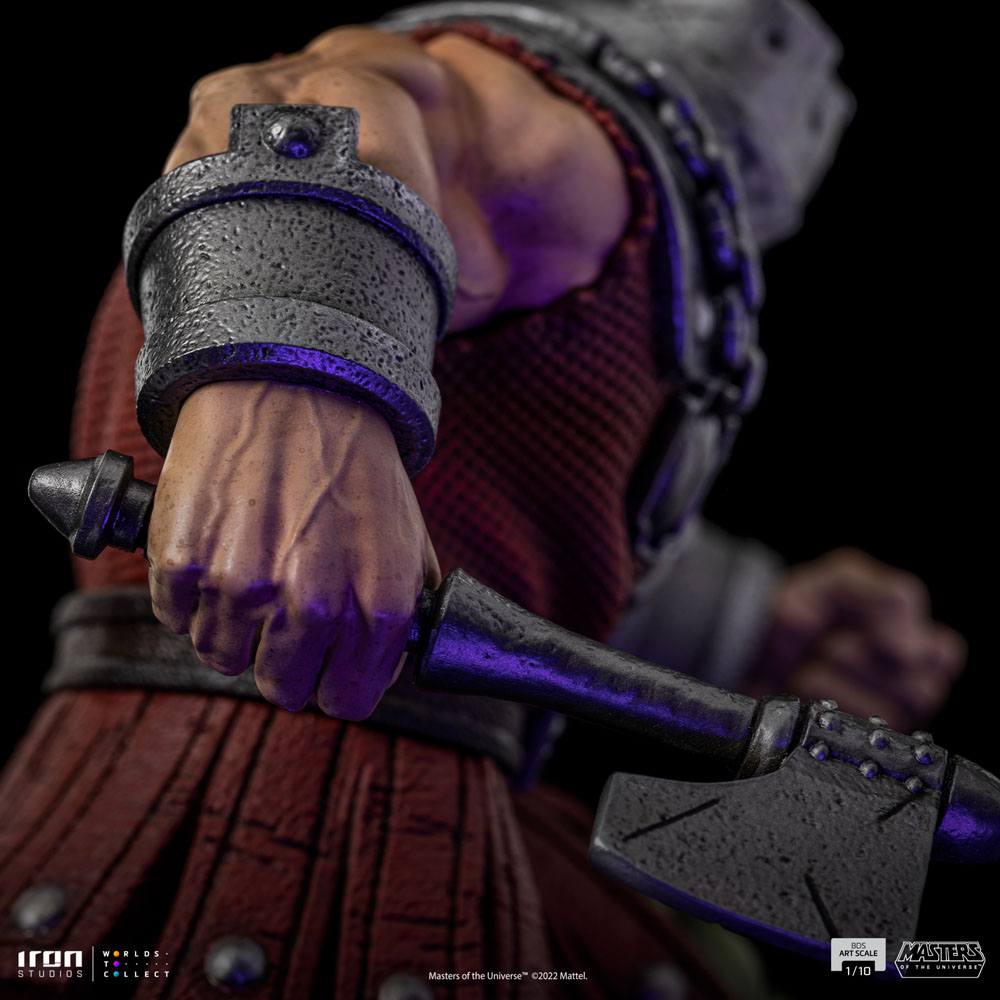 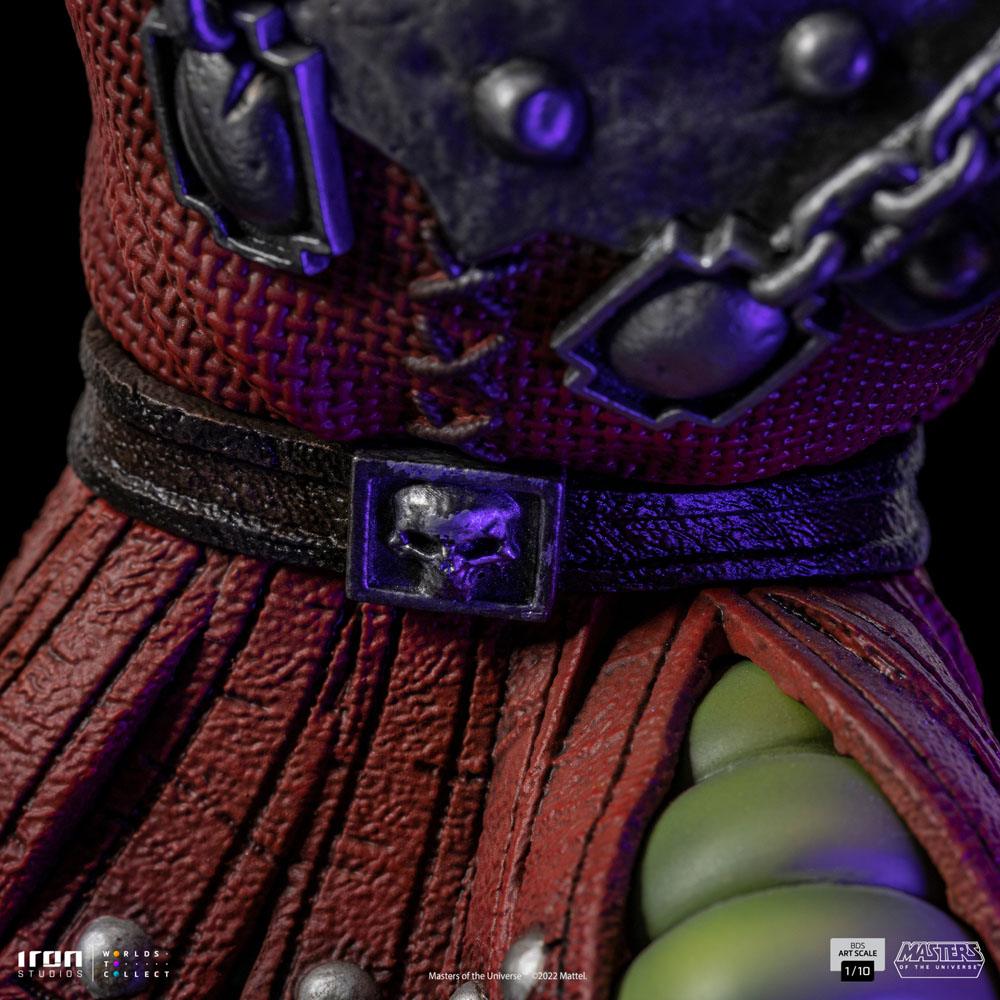 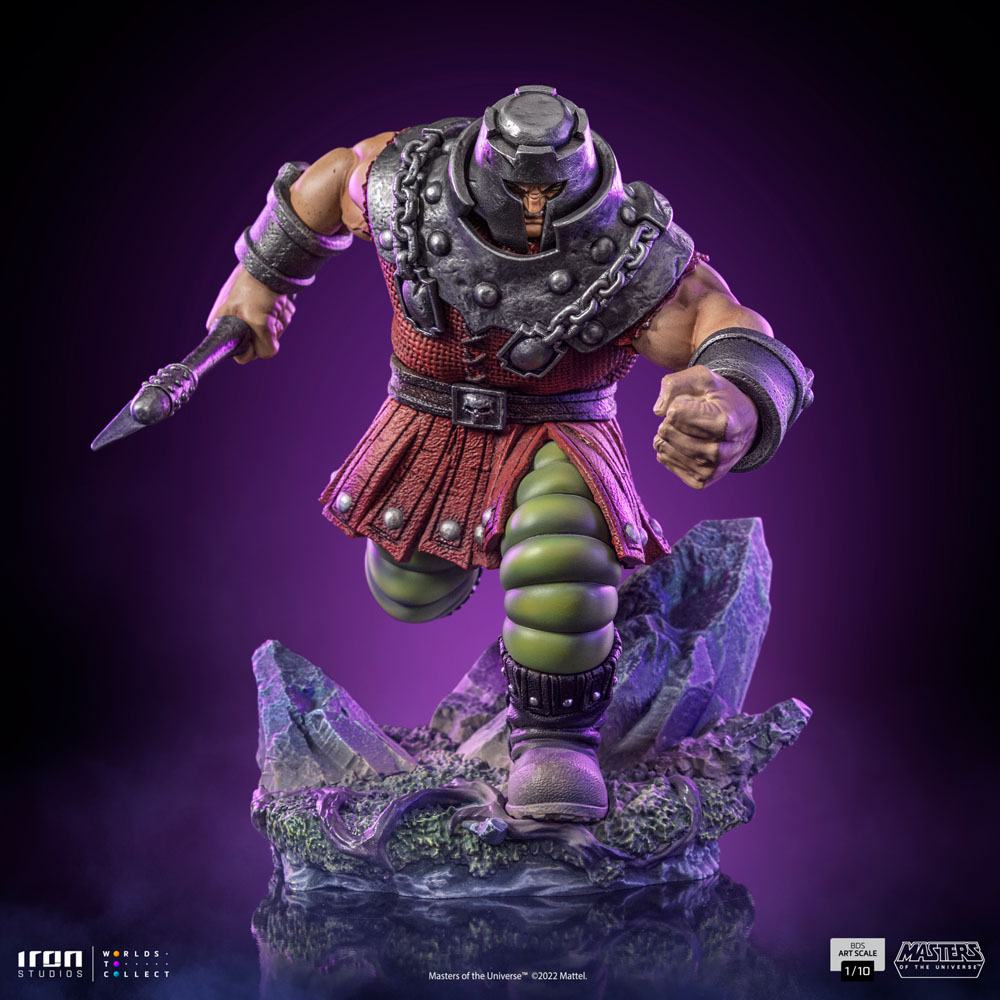 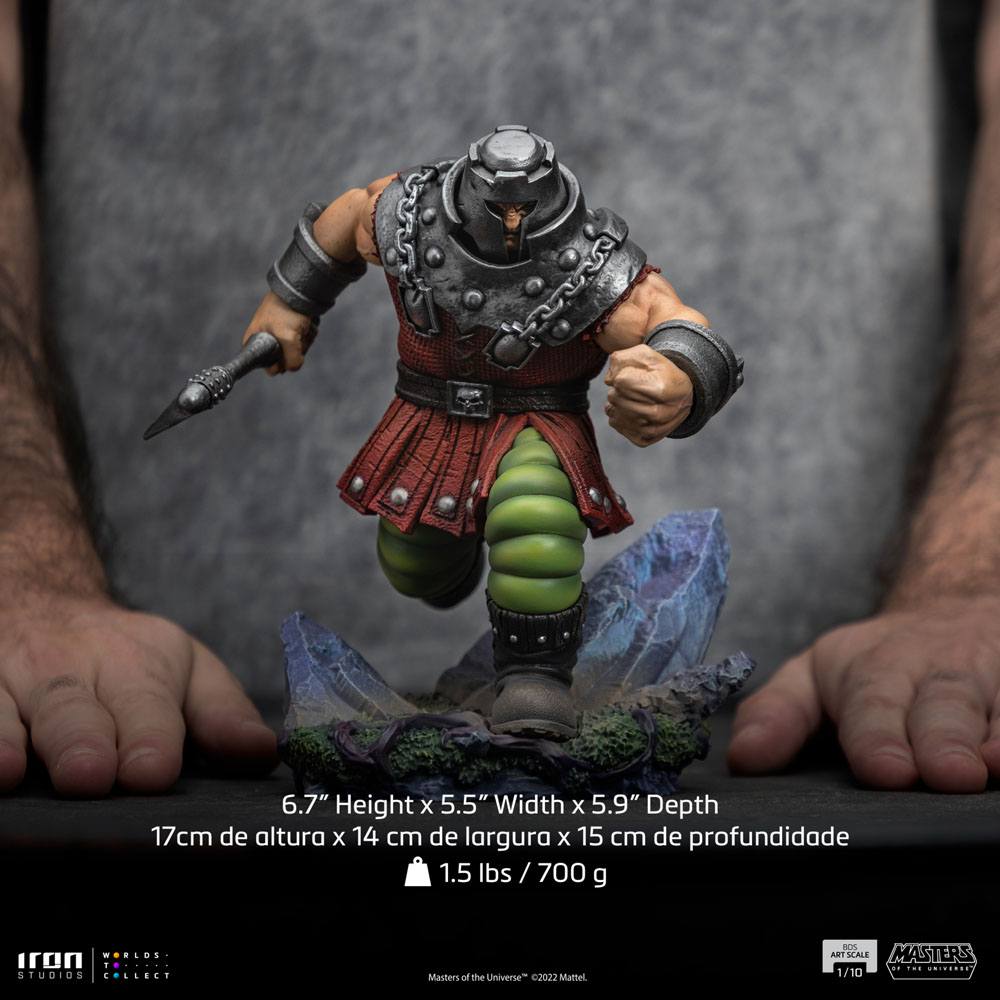 Iron Studios, Masters Of The Universe

With heavy steps between the rocks of the plains on Planet Eternia, a small and sturdy warrior wielding his battle ax runs ready to use his powerful legs as coils to literally thrust his head against his opponents. Using his rustic flat-top metal helmet, with a massive armor covering his upper body, attached by chains on his chest over a red tunic, this fearless heroic warrior is presented in the statue “Ram-Man BDS – Masters of the Universe -Art Scale 1/10” by Iron Studios.

Small in size, but with a big heart, and a friendly and kind personality, despite his brute appearance, Ram-Man, also known by his nickname Krass, is one of the most loyal allies of He-Man and the Masters of the Universe. A fierce fighter when needed, his special skill is to propel himself forward, having extreme thrust force on his legs, knocking down opponents or obstacles with his super hard helmet like a real human battering ram. Although many times slow, innocent, and the protagonist of comic moments, Ram-Man plays a very important role in the fight against the evil forces of the sorcerer Skeletor and his minions. Fearless, as presented in the animated series from 2002, when he was just a boy, he got lost in the caves on Fertile Plains, staying for a long time in complete darkness, which caused him a traumatic fear of the dark as an adult, but while facing the Shadow Creatures in a fight under the cloak of darkness, Ram-Man acted bravely next to Eternia’s defenders even in the face of his greatest fear.