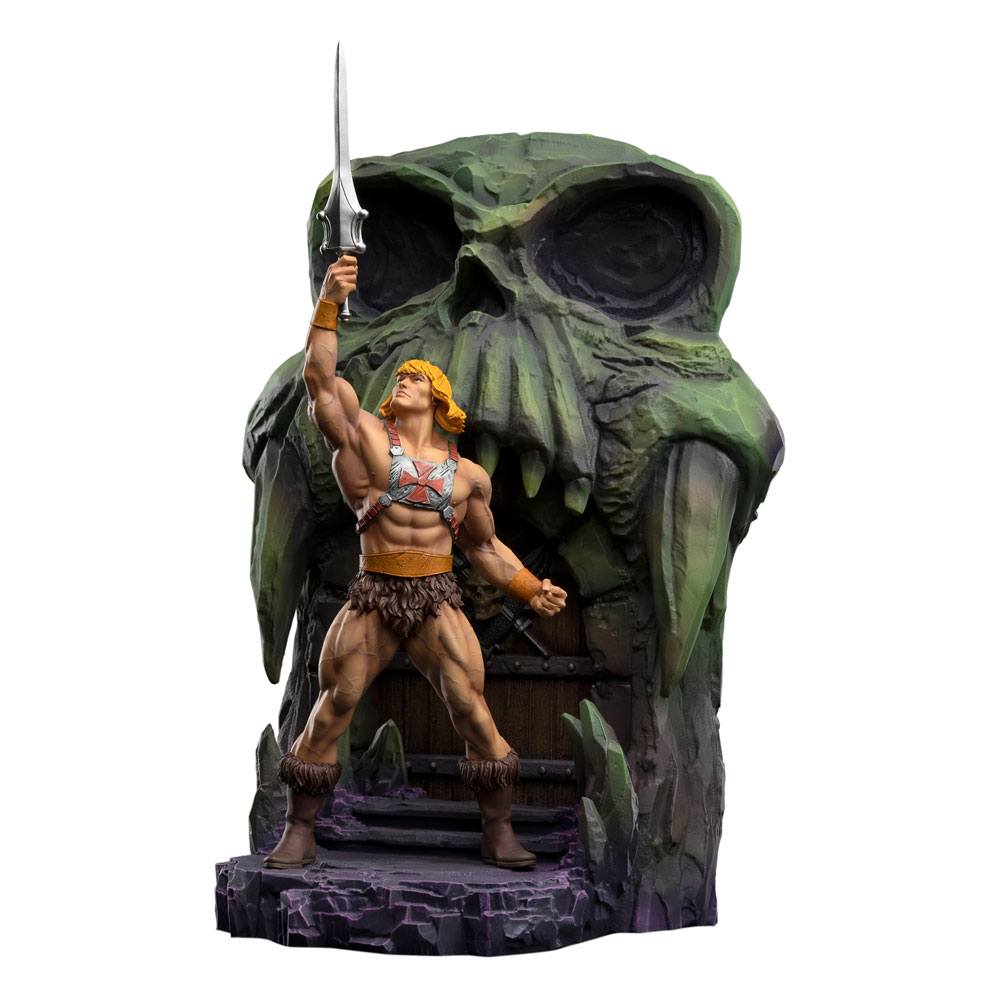 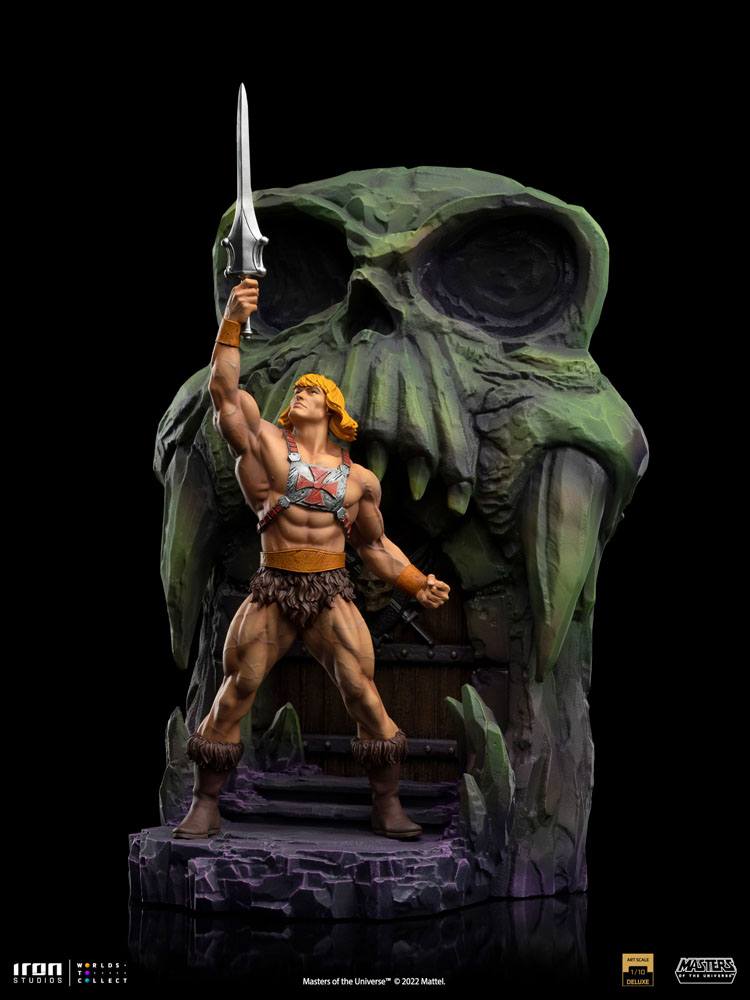 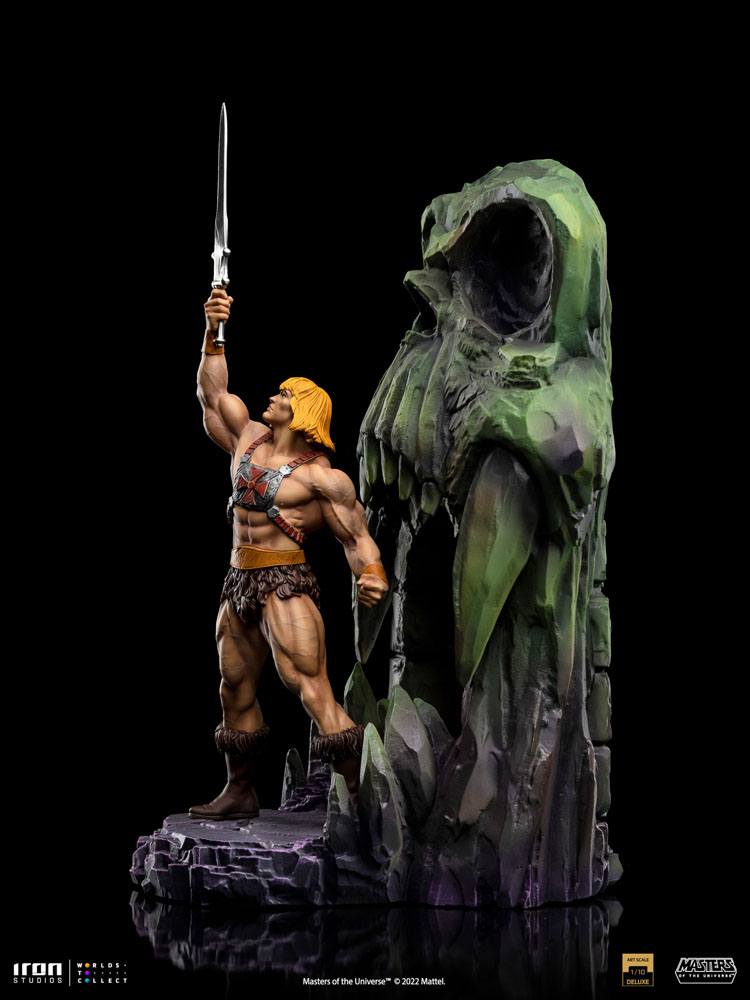 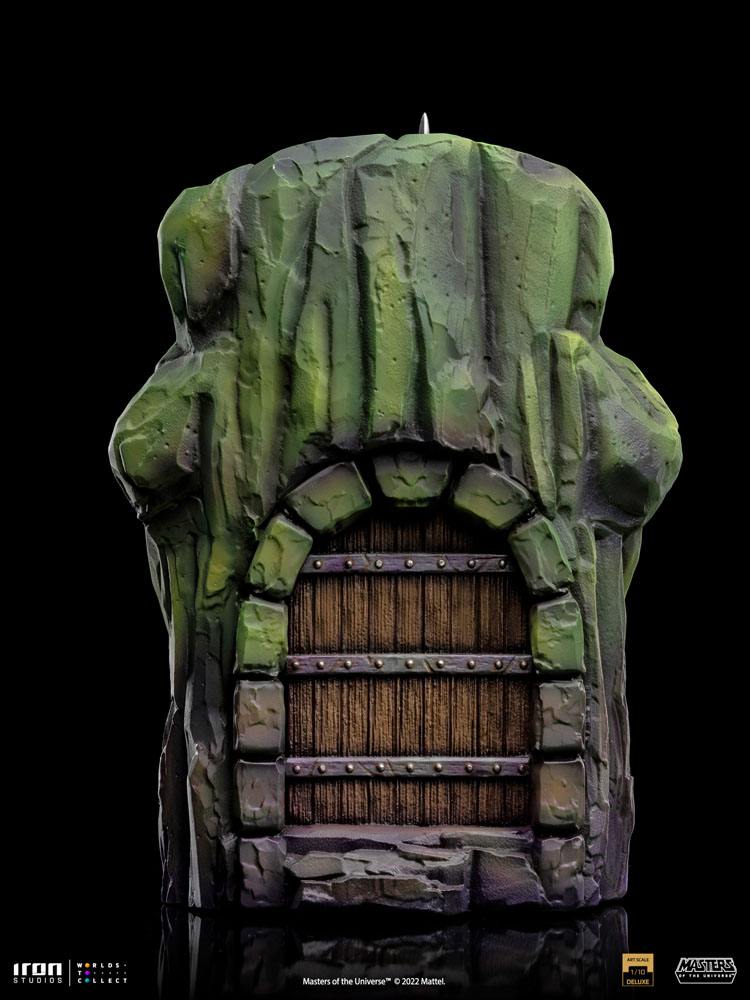 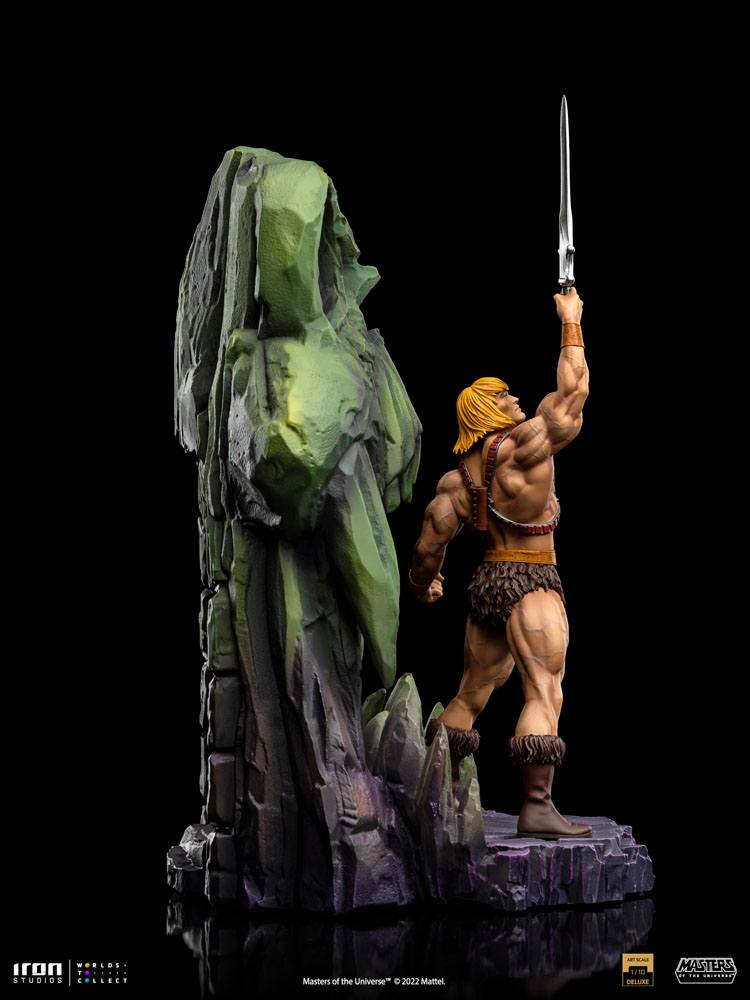 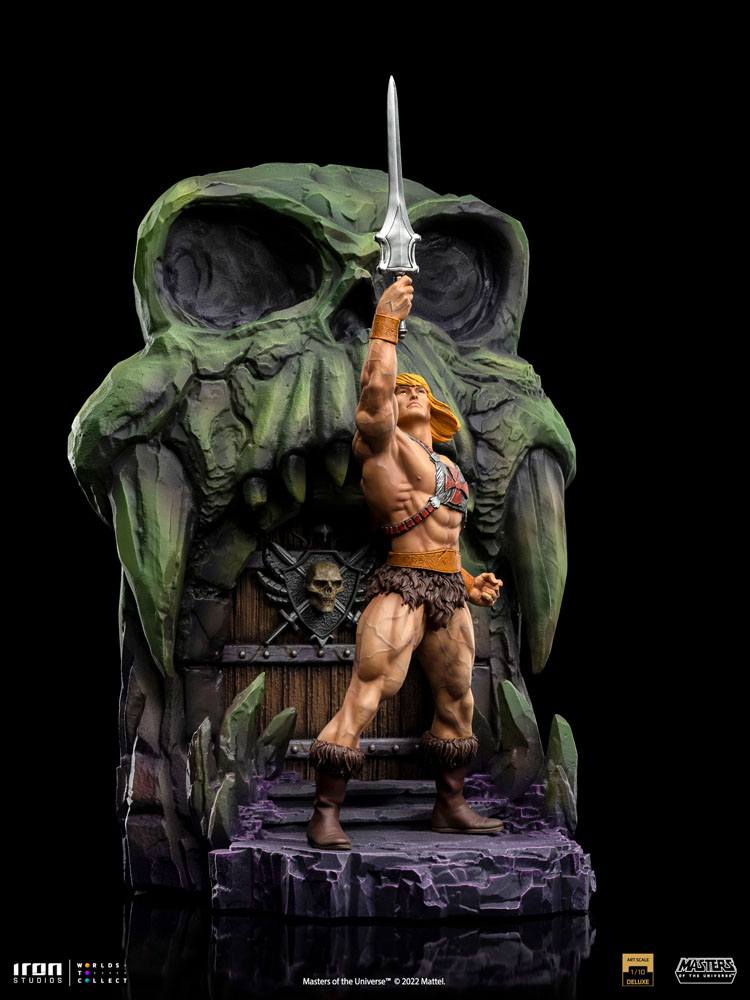 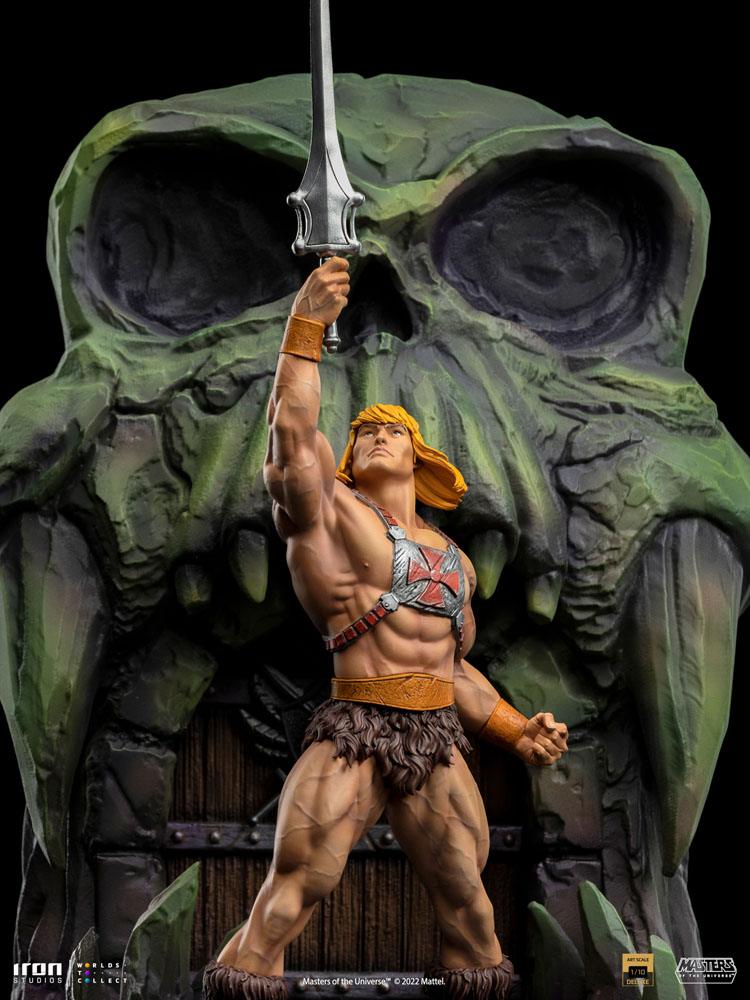 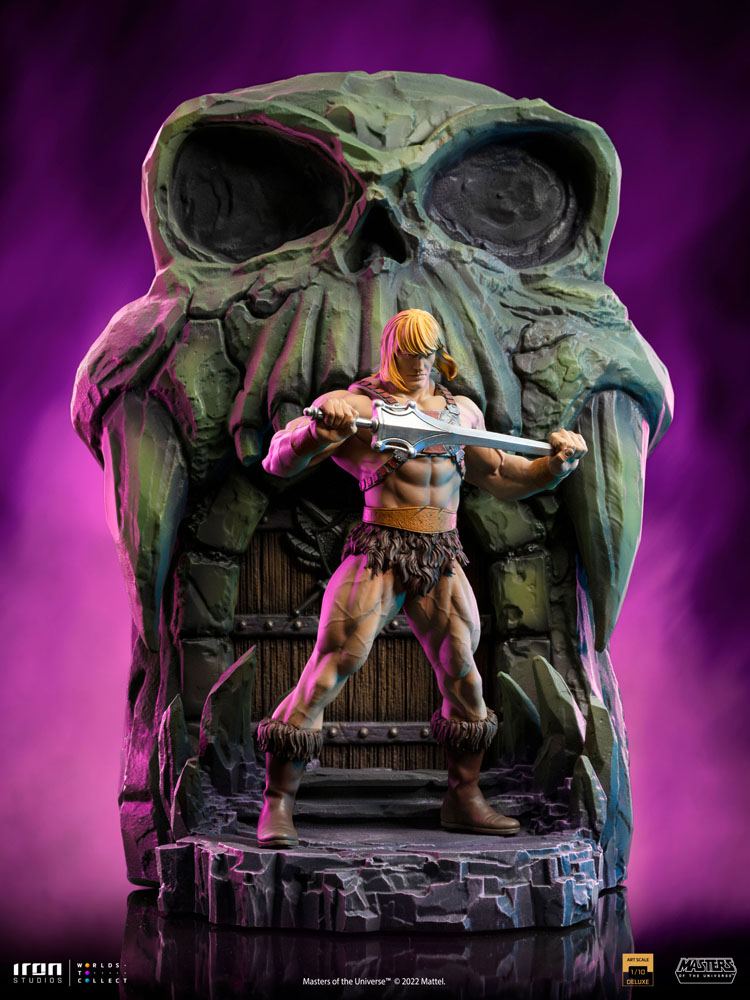 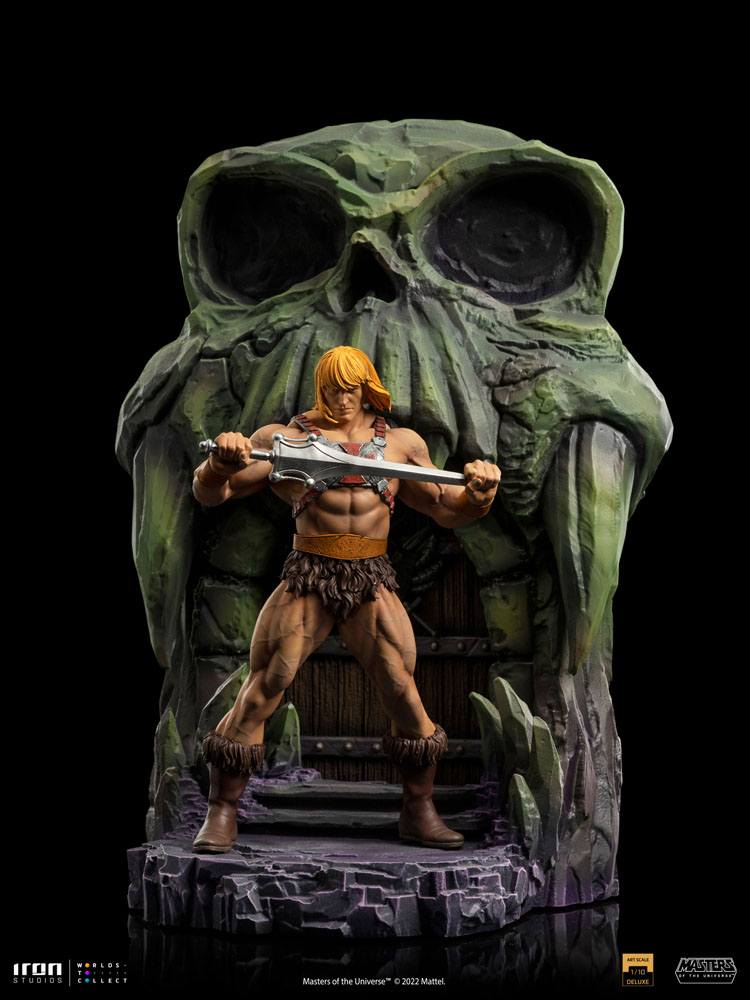 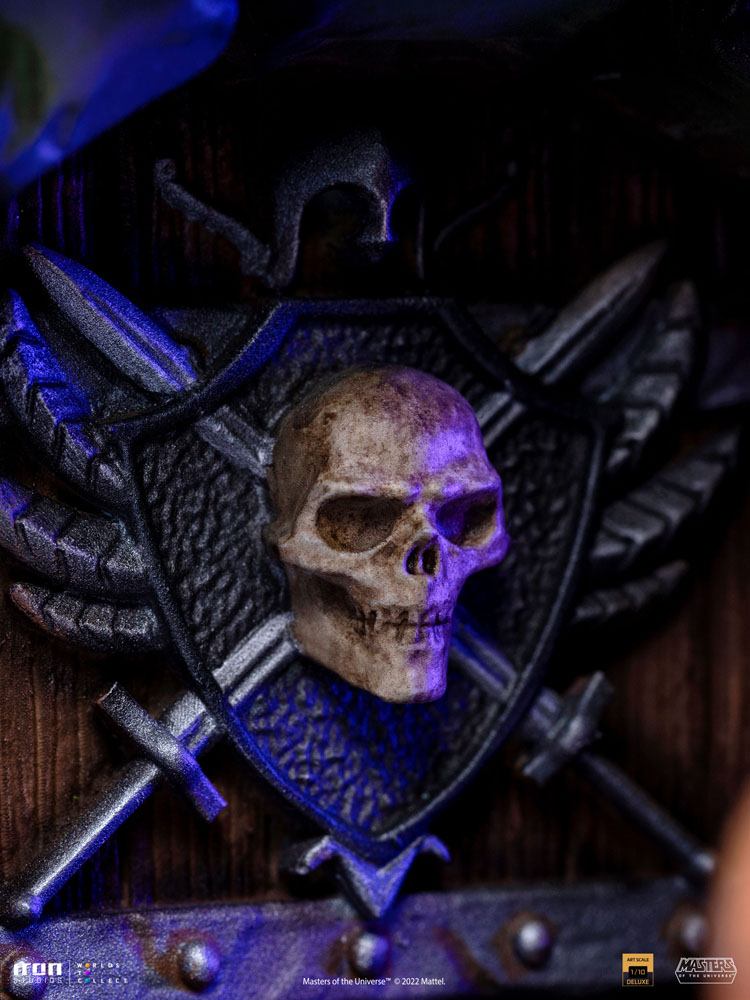 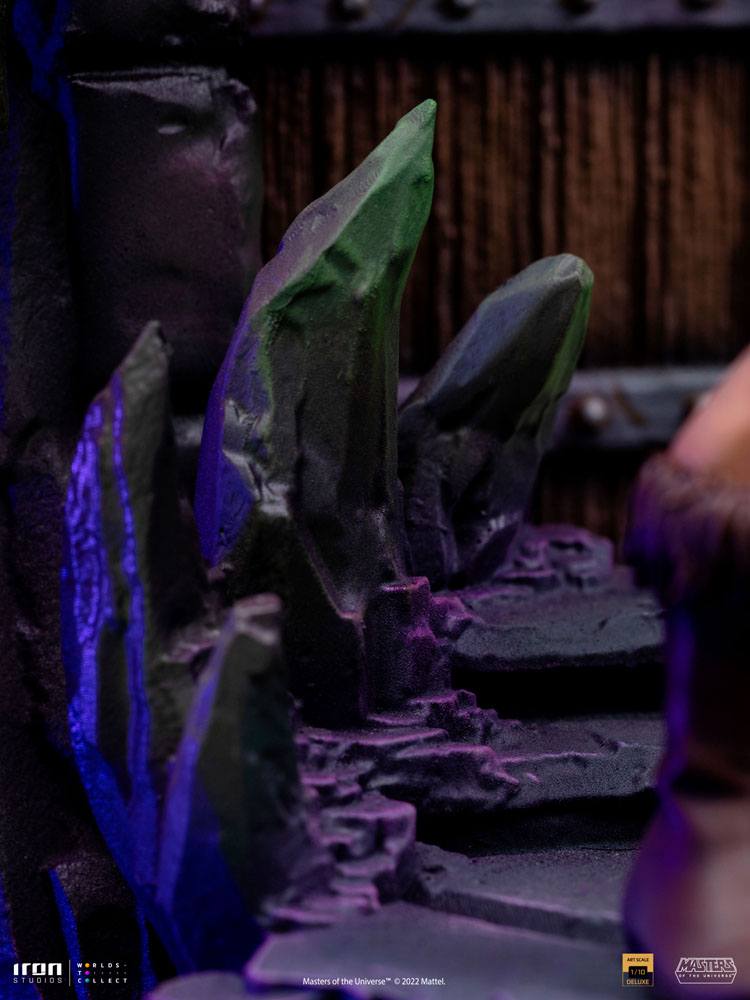 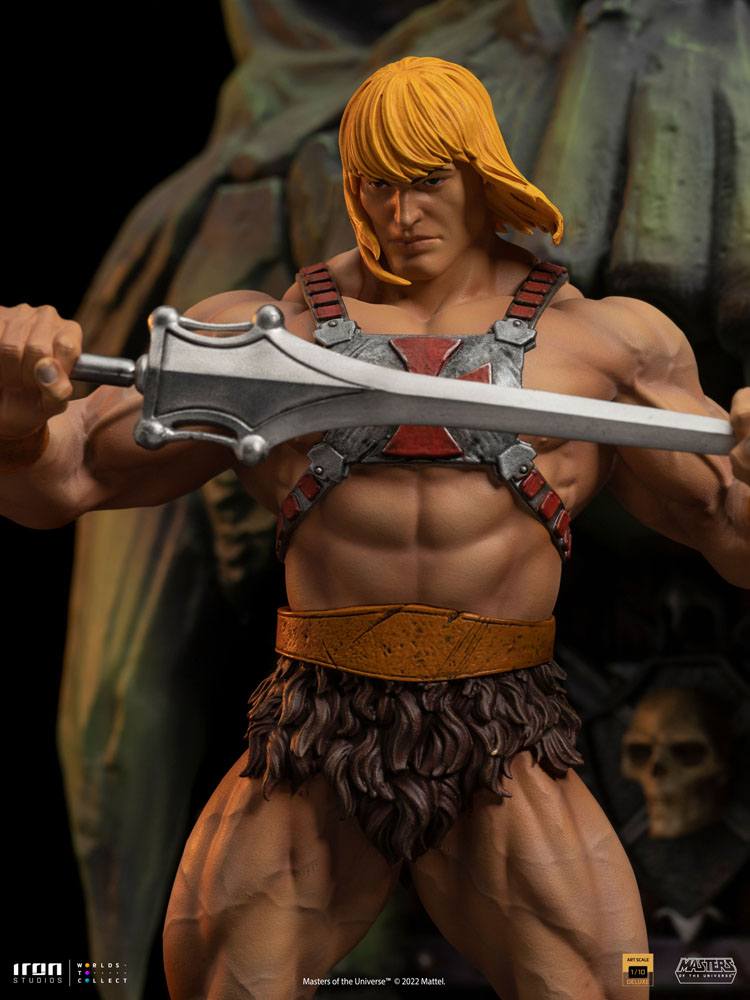 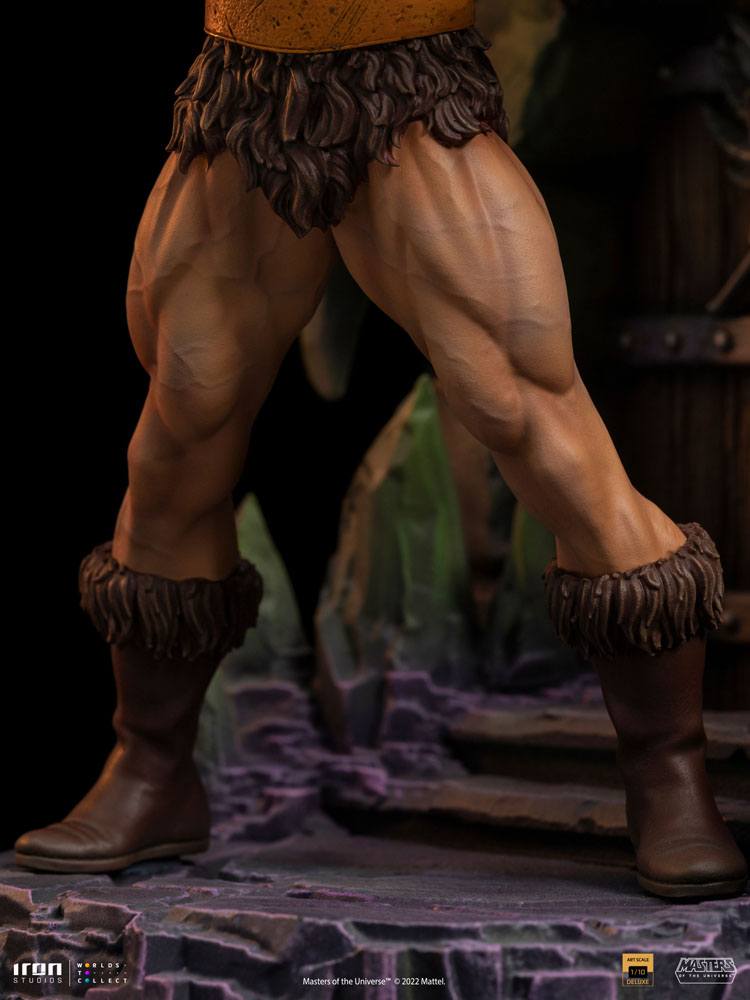 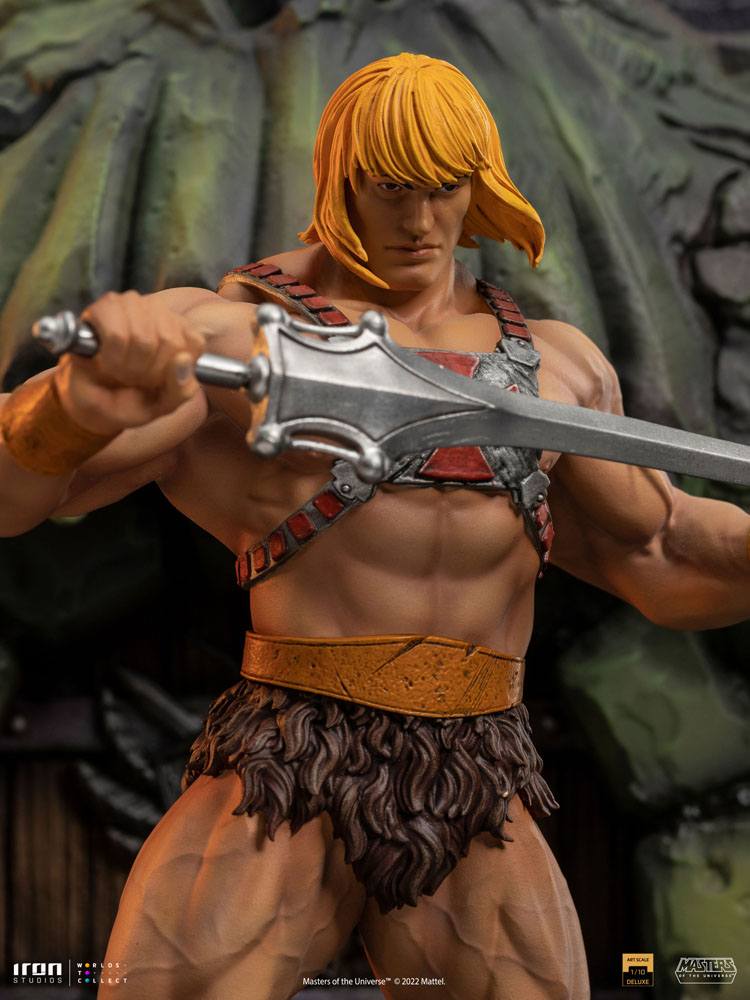 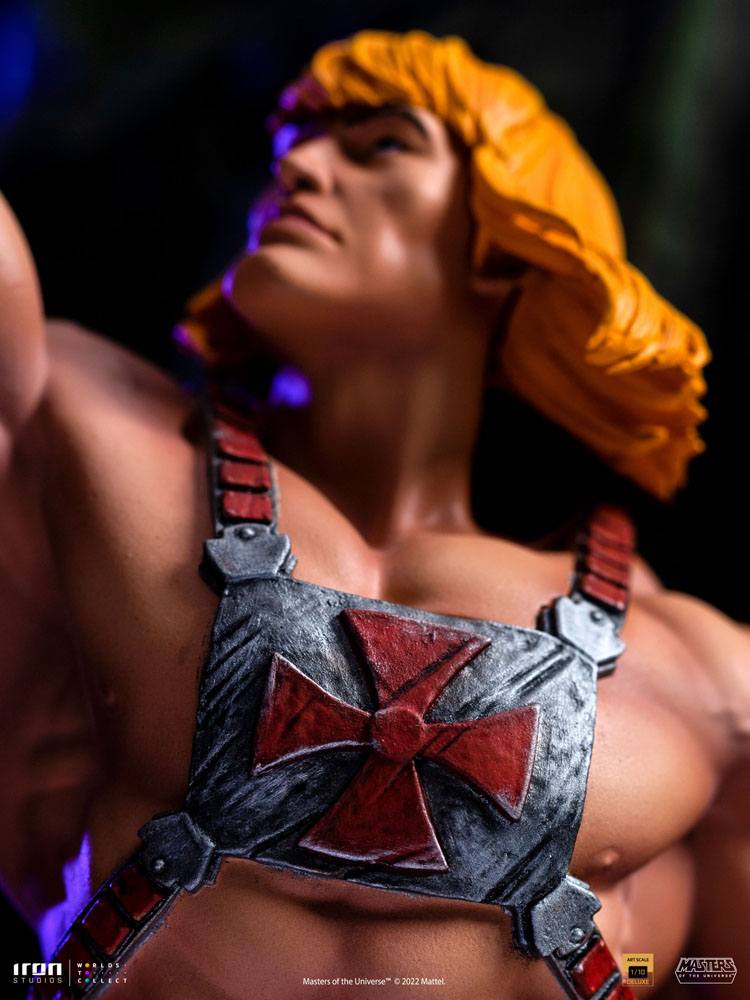 On the distant planet Eternia in the center of the universe, in front of a mystic secular castle with the entrance in the shape of a skull, a muscular warrior with tanned skin and long golden hair raises his magic Power Sword, proclaiming his mantra, calling down beams and rays of pure energy that transform him into the most powerful man in the universe. Uttering the words “By the power of Grayskull …” the young Prince Adam transforms and asserts “… I have the power!” while gaining the form of a giant barbarian and becoming the defender hero of the secrets of Castle Grayskull. One of the most awaited statues by fans and collectors since the announcement of the release of their MOTU line, Iron Studios proudly present “He-Man Deluxe – Masters of the Universe – Art Scale 1/10”, with the iconic protagonist hero from Masters of the Universe replicating his unmistakable transformation scene on a stylized pedestal of the gate from Grayskull.

Son of King Randor from planet Eternia and Queen Marlena, an astronaut from Earth before called Captain Marlena Glenn, Adan was guided in the Forest of Winds of Eternia by a falcon named Zoar to the legendary Castle Grayskull. There, the bird transformed into its true human form as Teela Na, the Sorceress. The priestess then revealed to the young prince that his destiny was determined since his birth and that he was chosen to become the guardian and protector of the secrets of Grayskull. Inside the ancestral fortress, Adam got the Power Sword, and with it, while saying the phrase that summons the powers of Grayskull, he receives legendary powers, becoming He-Man, an extremely mighty warrior, with unlimited and titanic strength, endurance, stamina, speed, and nimbleness, a high level of intelligence and a highly-skilled fighter. Committed to protecting Grayskull and Eternia from the evil threats and the universe of malignant beings, his biggest archenemy is the villain Skeletor, an extremely powerful sorcerer and commander of many mighty warriors as his minions, that seeks to dominate the powers of the mystic
secrets of Castle Grayskull. Just like Adam, his best friend, and pet, Cringer, an intelligent but lazy and cowardly green tiger, is also transformed by the powers of Grayskull into Battle Cat, a giant armored tiger that acts as He-Man’s steed and battle companion. He-Man keeps his double identity a secret, but besides the Sorceress, his secret is known by his friends Man-At-Arms, leader of the Royal Guard; Orko, a small and clumsy extradimensional sorcerer; by the enigmatic cosmic enforcer Zodac; and by his mother. Adam also has a twin sister, Princess Adora that lives on the planet Etheria. Separated when they were still babies, while he becomes He-Man, Adora is She-Ra, the princess of power.