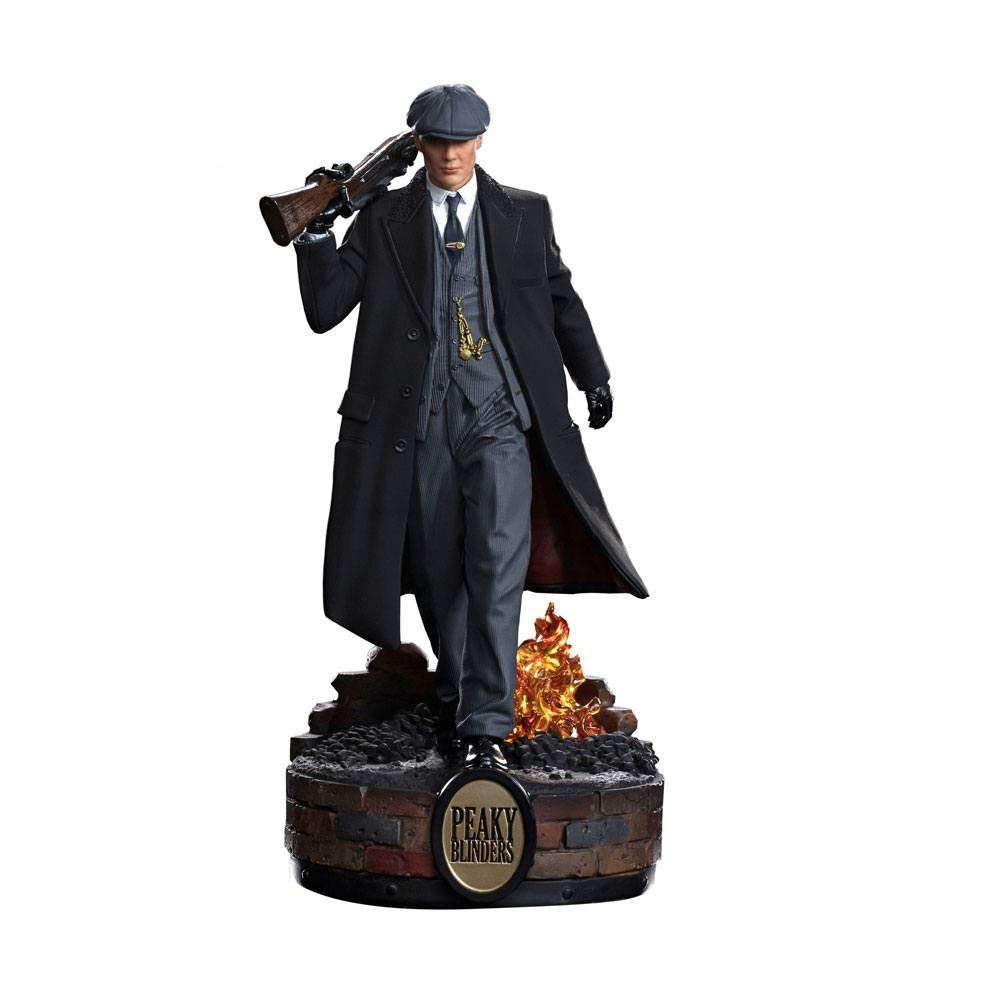 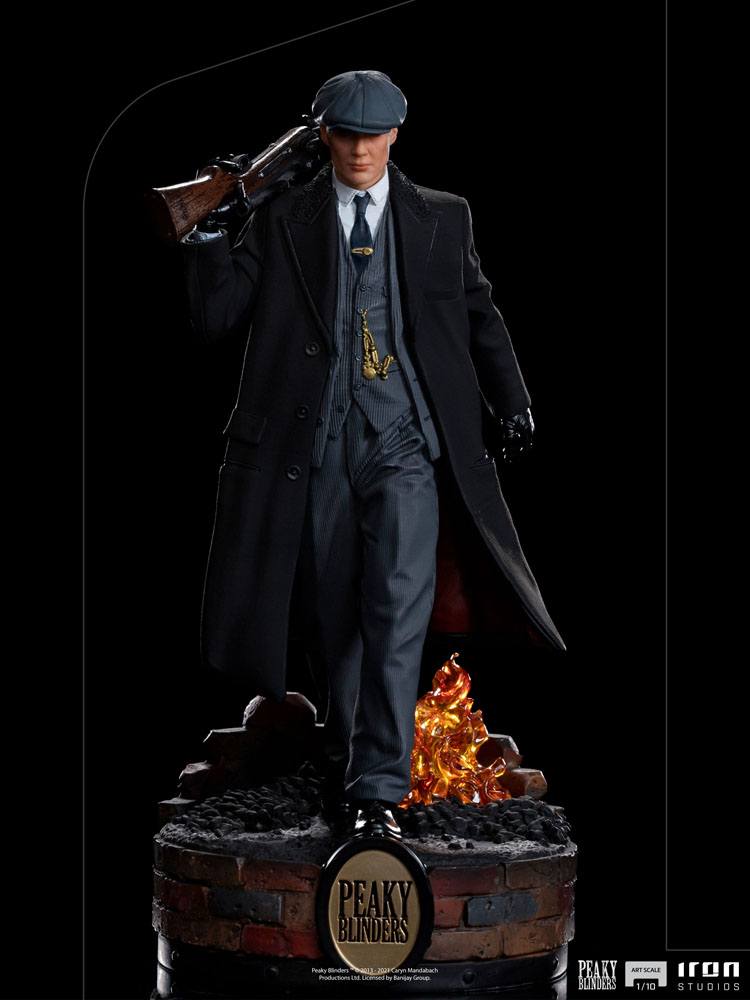 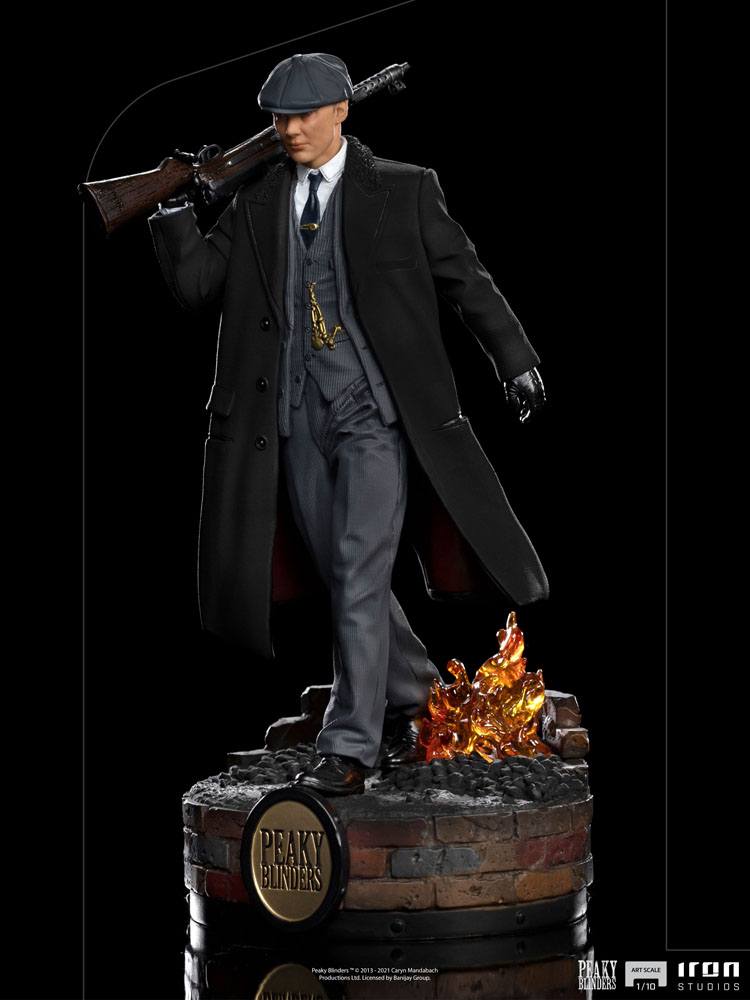 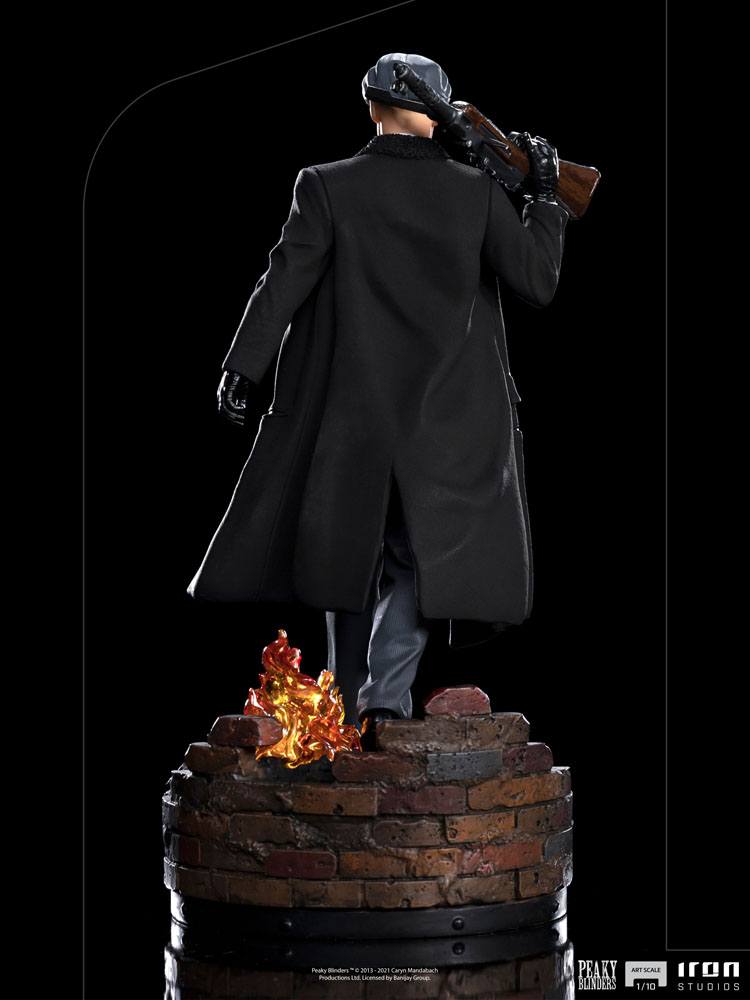 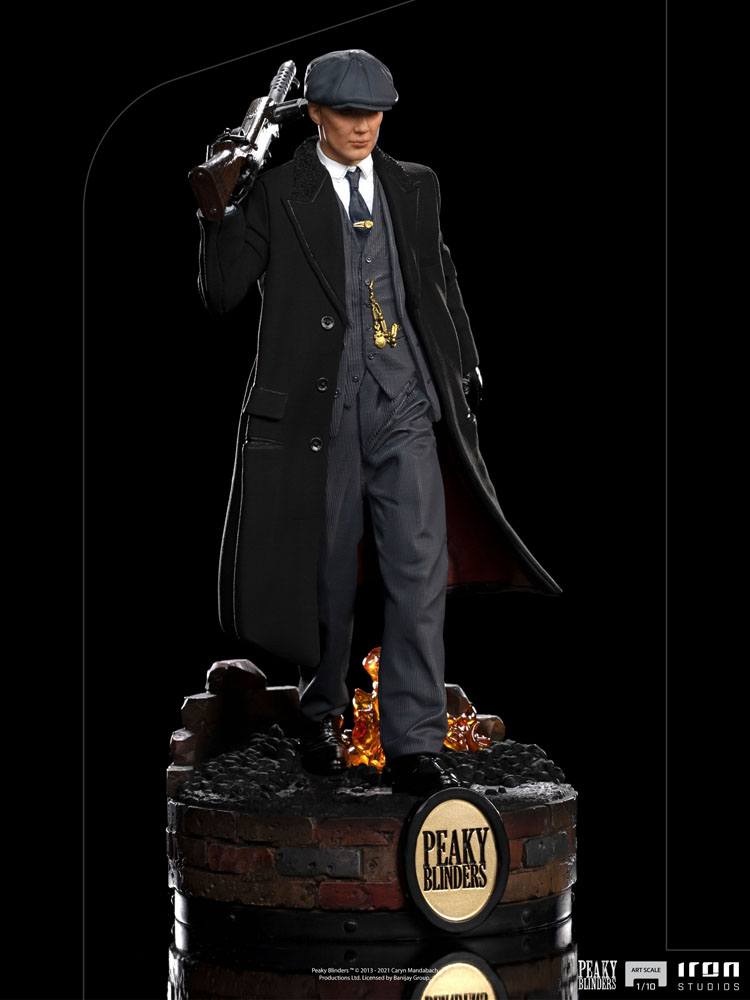 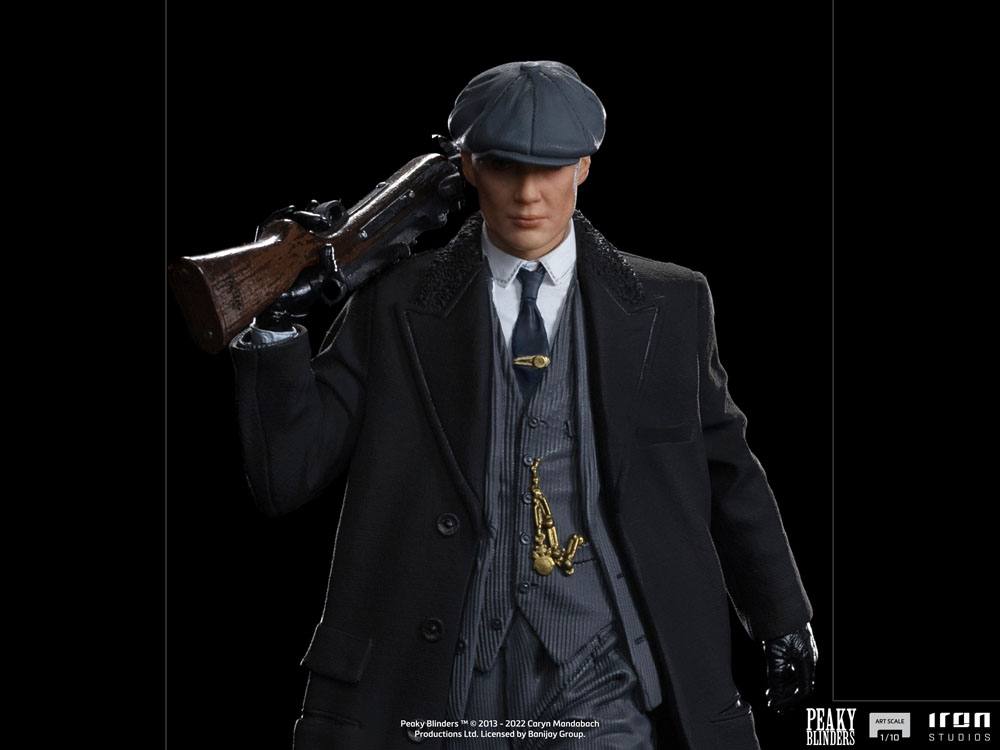 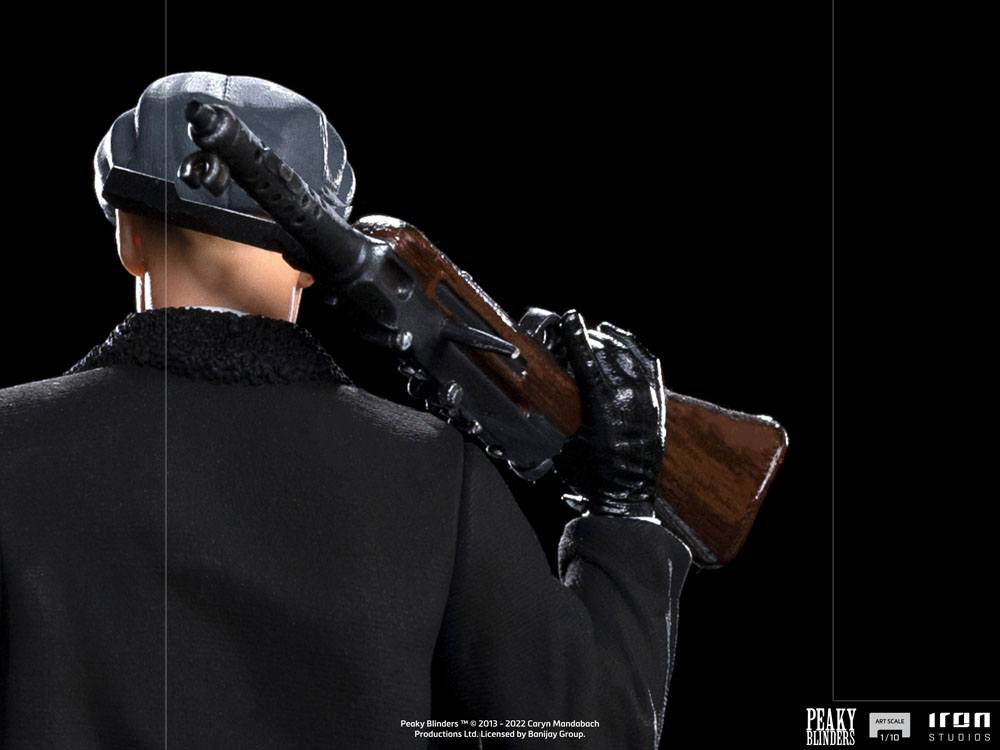 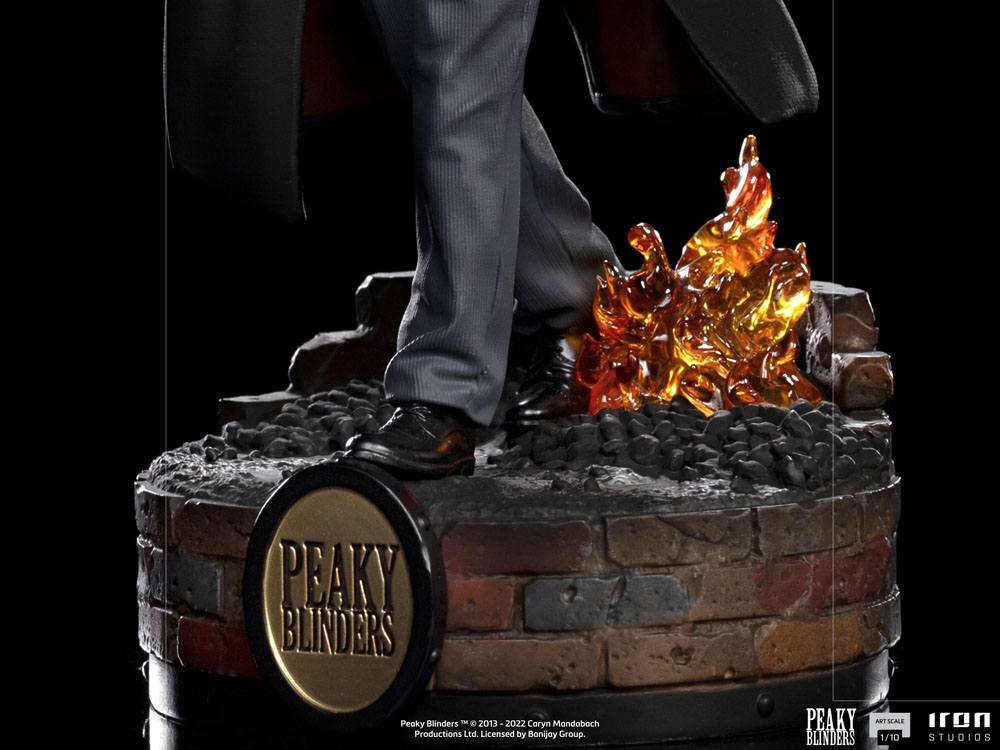 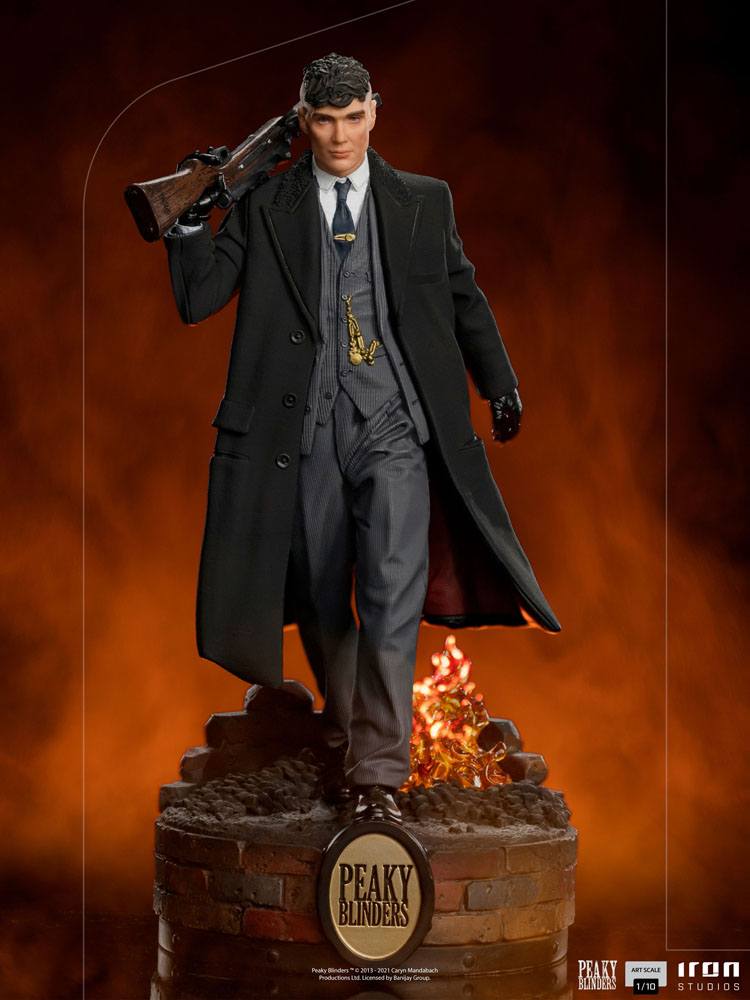 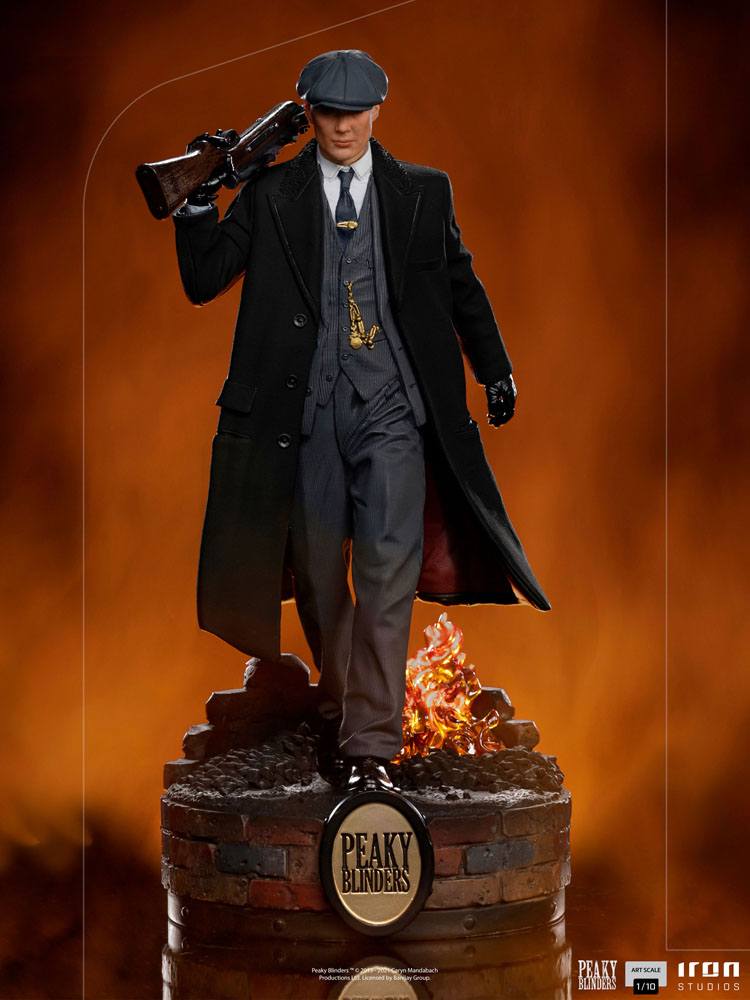 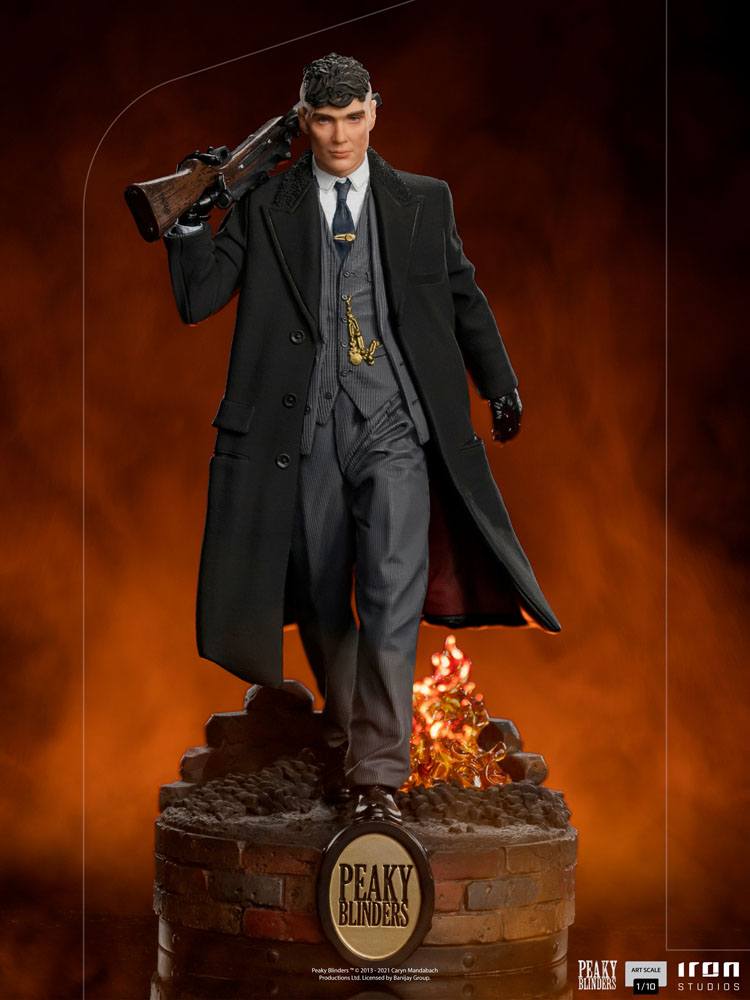 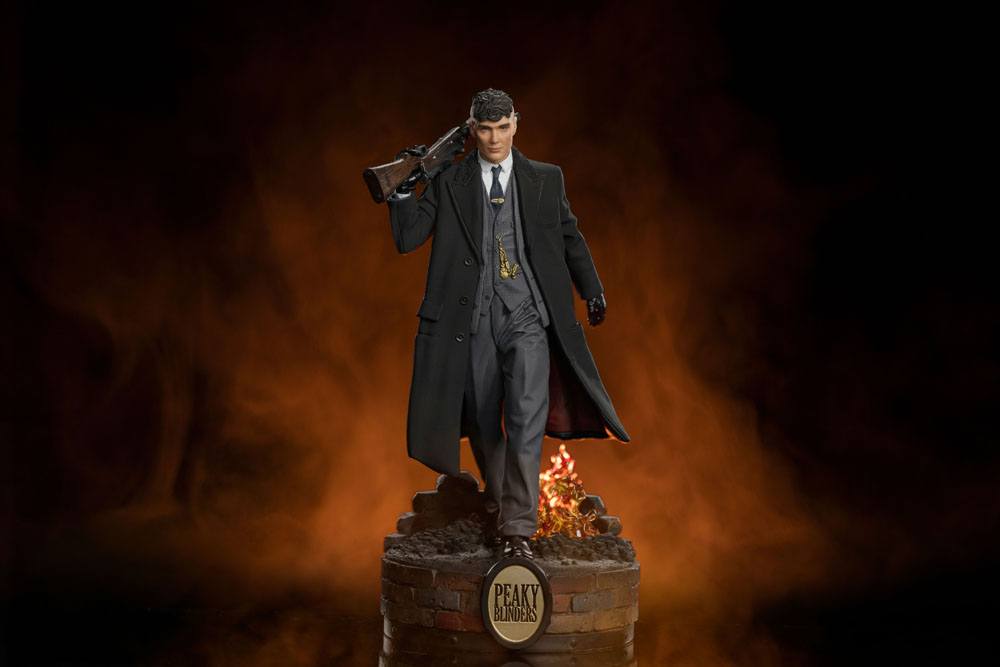 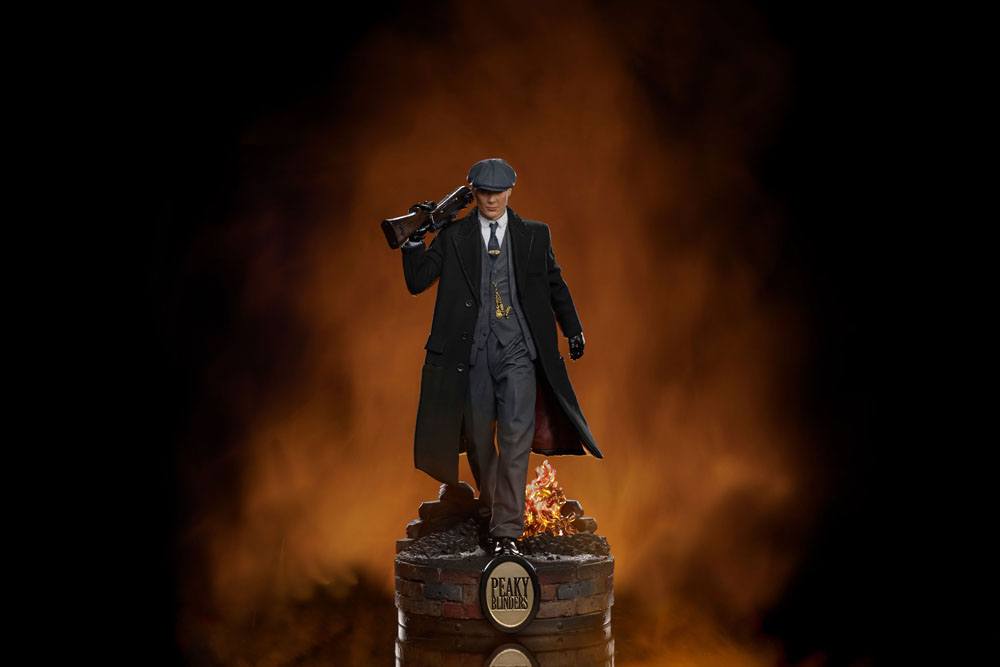 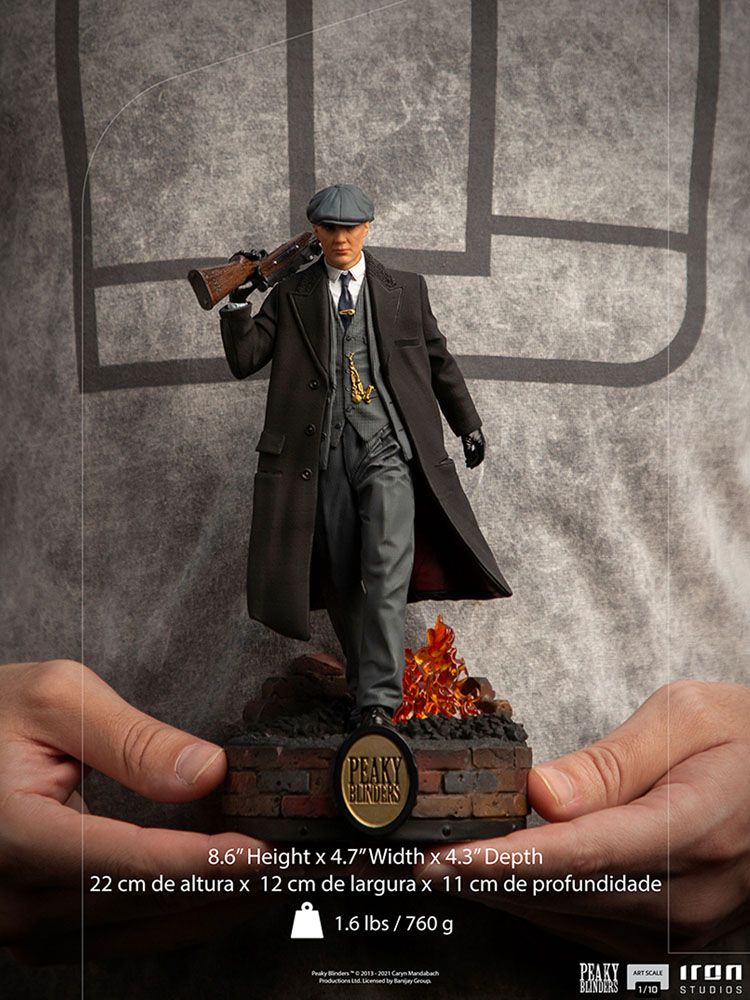 Elegantly dressed in a black overcoat over a gray suit, the fearsome figure of the gangster leader from a powerful criminal organization walks over a rustic pedestal, that refers to the dirty streets of the British city of Birmingham in the 1920s, with the floor filled with coal and flames, surrounded by old bricks and displaying the series’ logo on the front. Bringing his submachine gun on his right arm, held by his gloved hands, resting it on his shoulder, with his head covered by his characteristic gray newsboy cap, Iron Studios present the statue “Thomas Shelby – Peaky Blinders – Art Scale 1/10”, with the main protagonist from the successful British crime-drama TV series Peaky Blinders.

Created and written by Screenwriter and Director Steven Knight, the TV series Peaky Blinders tells the story of a criminal gang created by a Romani Irish catholic family in 1919, after the end of the First World War in the city of Birmingham, England. Ambitious and cunning, Thomas Shelby is the leader of the Peaky Blinders, the most powerful gang in England and one of the most powerful gangs in the world. They started as an illegal betting operation and branched out into the contraband of opium and Scotch malt whiskey, using legitimate business to cover their criminal activities. Their rise to power happened thanks to Thomas Shelby’s intelligence and initiative, fulfilling political favors including murders, weapon deals, and the gathering of information about radical groups. Respected among his community and even by his enemies, Thomas is calm, observant, and relentless with those that threaten him or his family. Under his leadership, the Peaky Blinders went from a Birmingham local street gang to a national company, and his experience as a sergeant decorated for bravery in the British army in the First World War shaped him as a fearless man, almost impossible to intimidate.