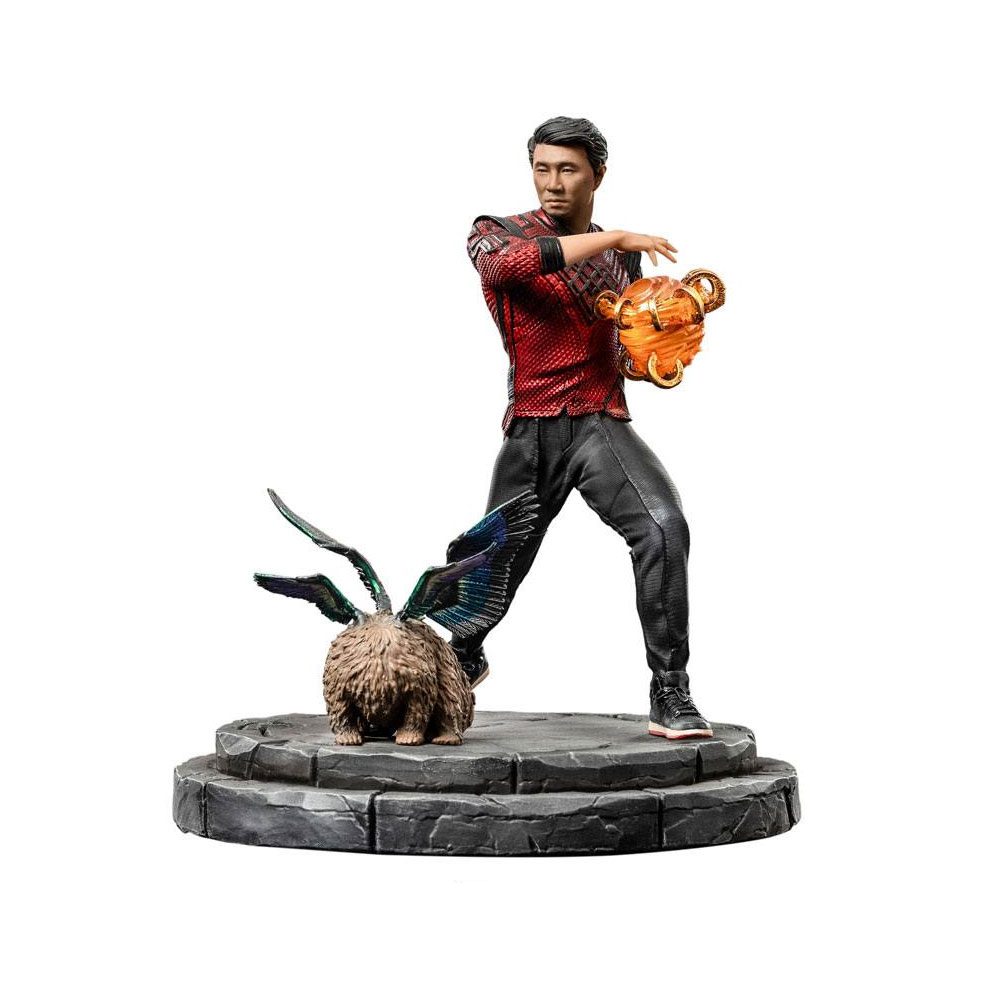 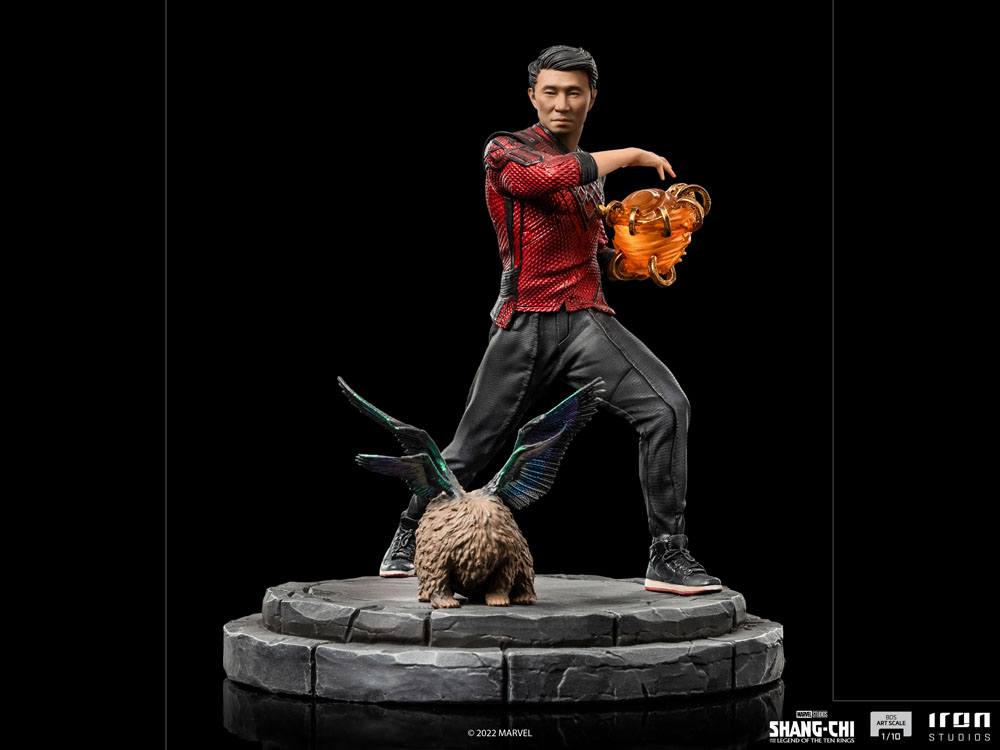 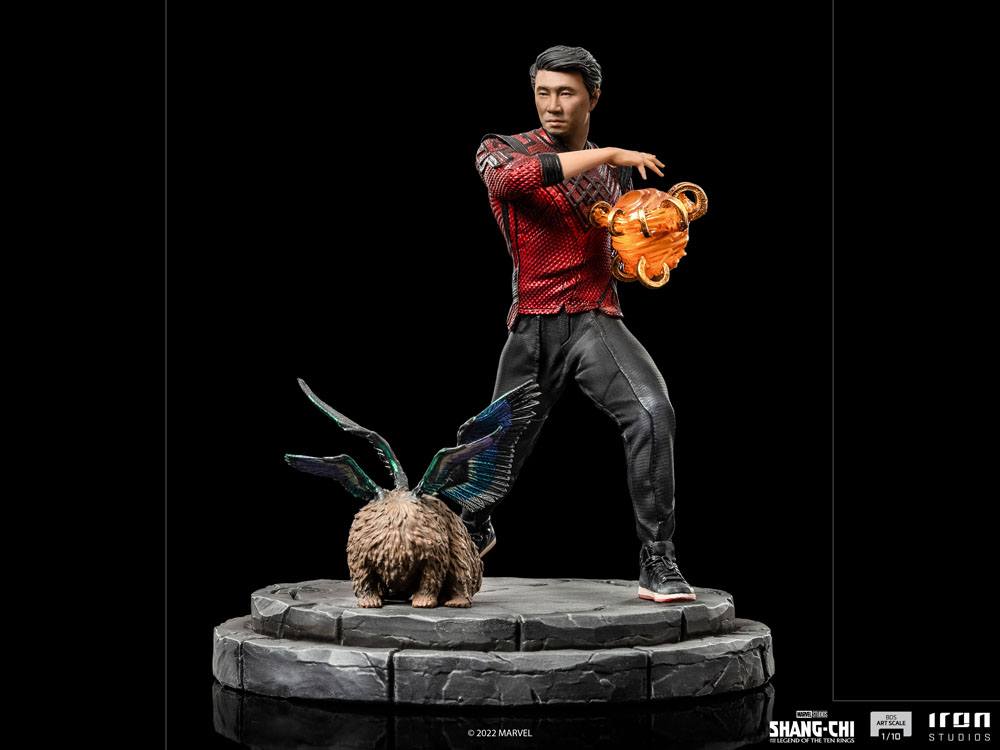 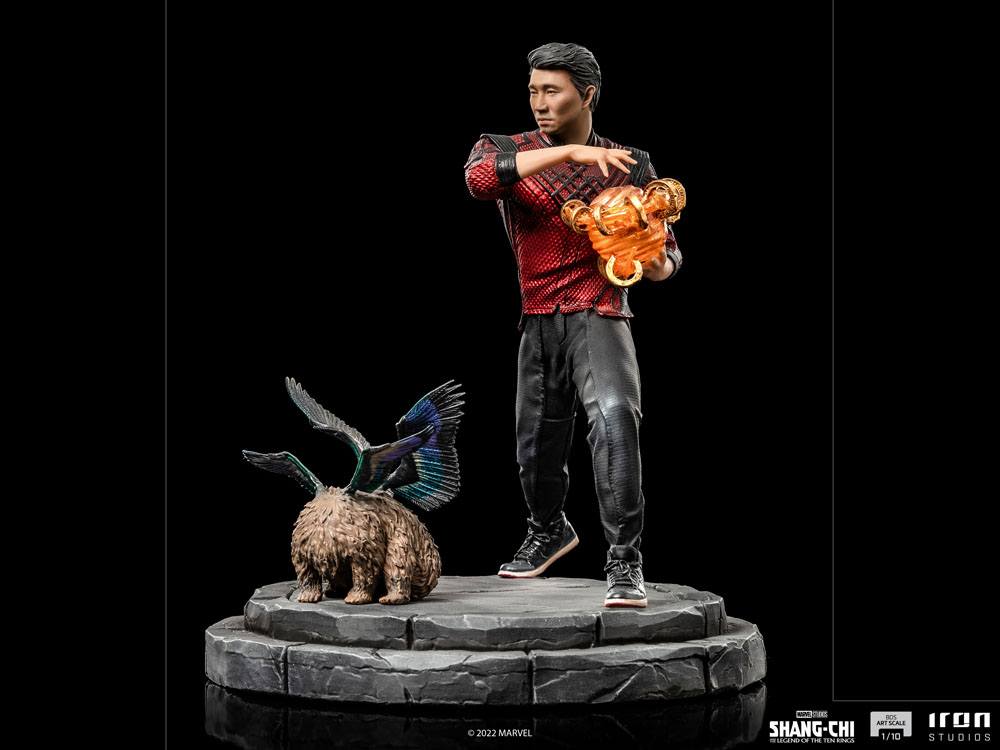 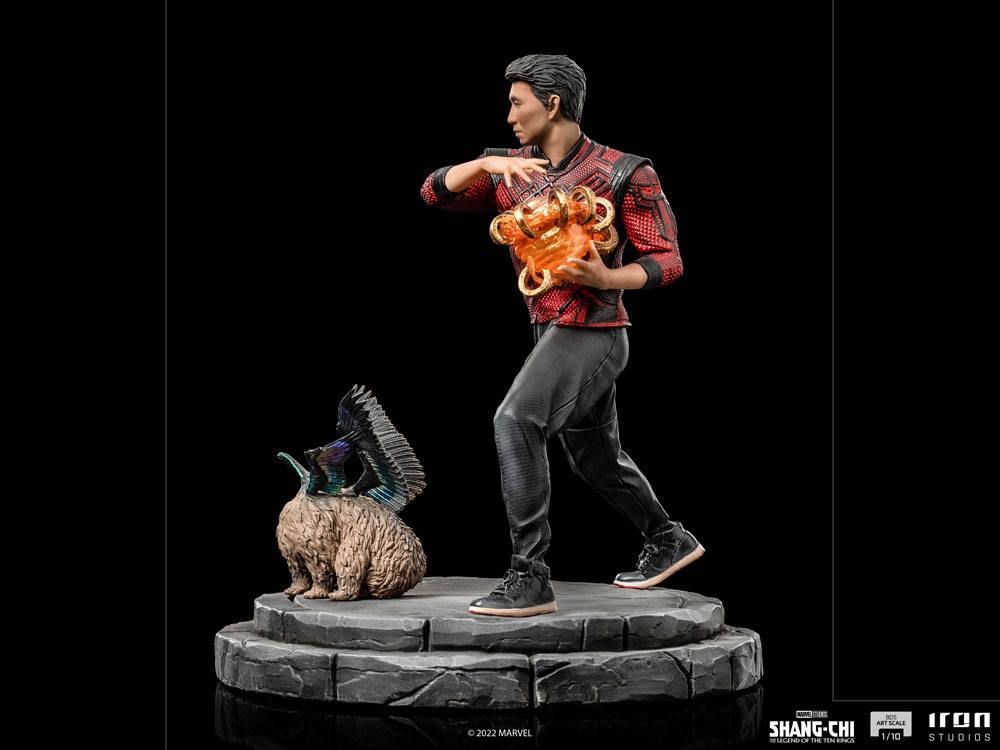 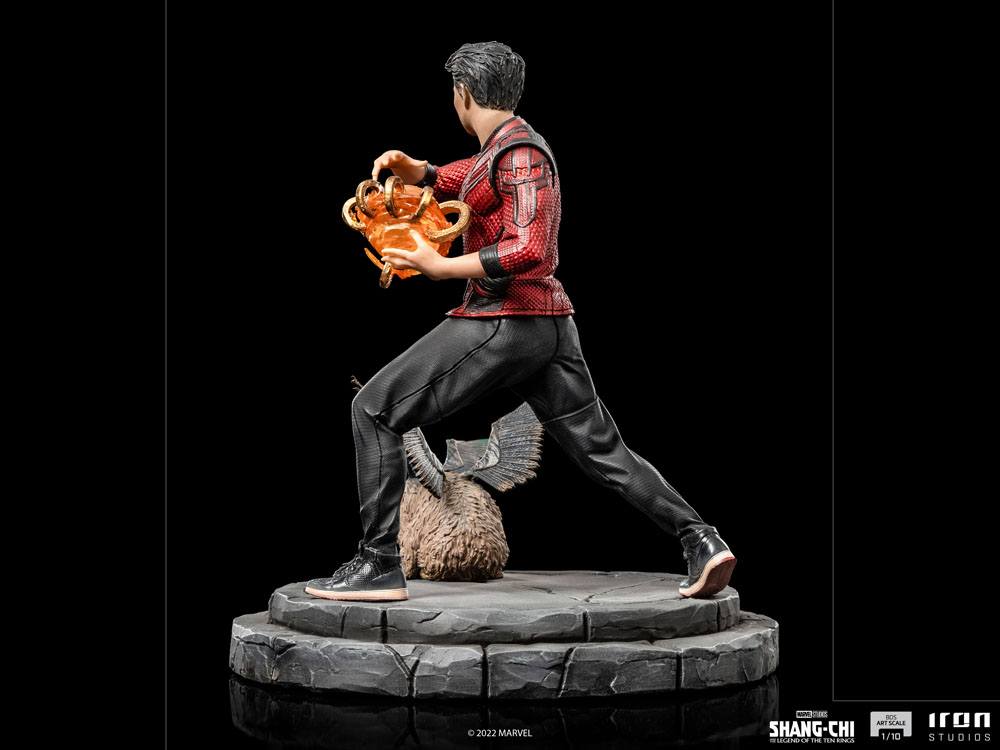 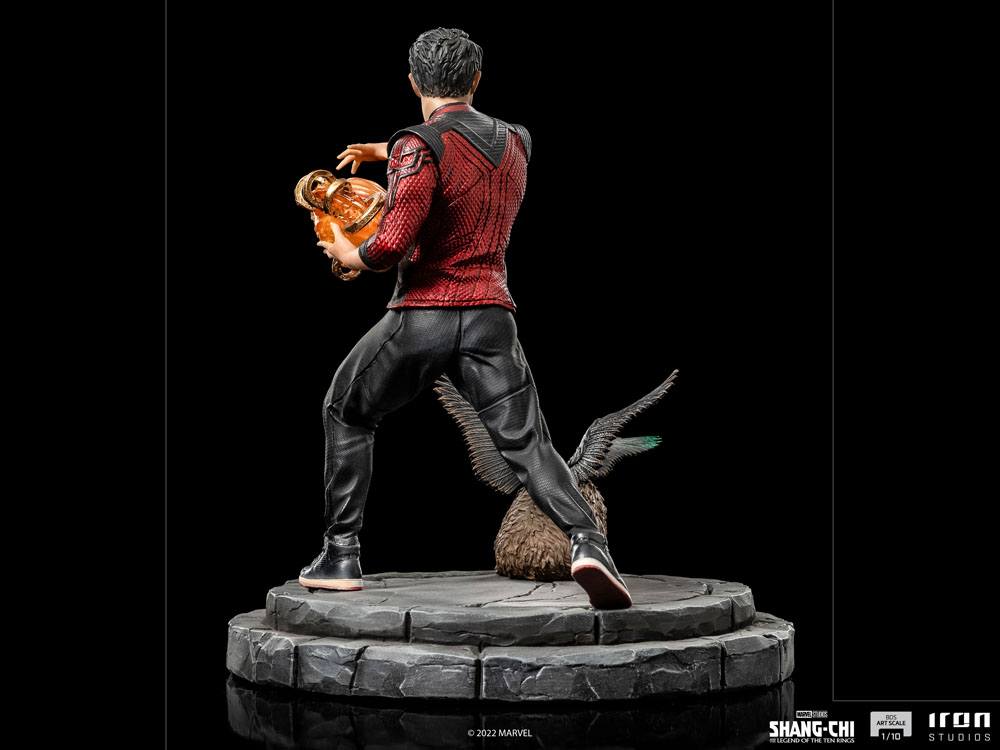 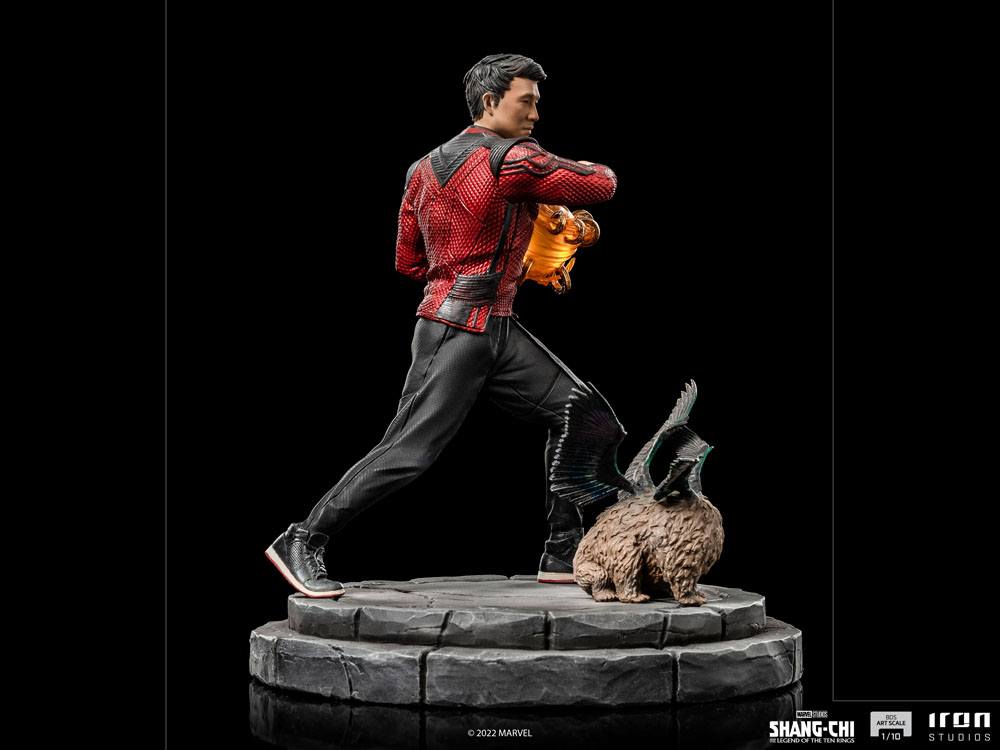 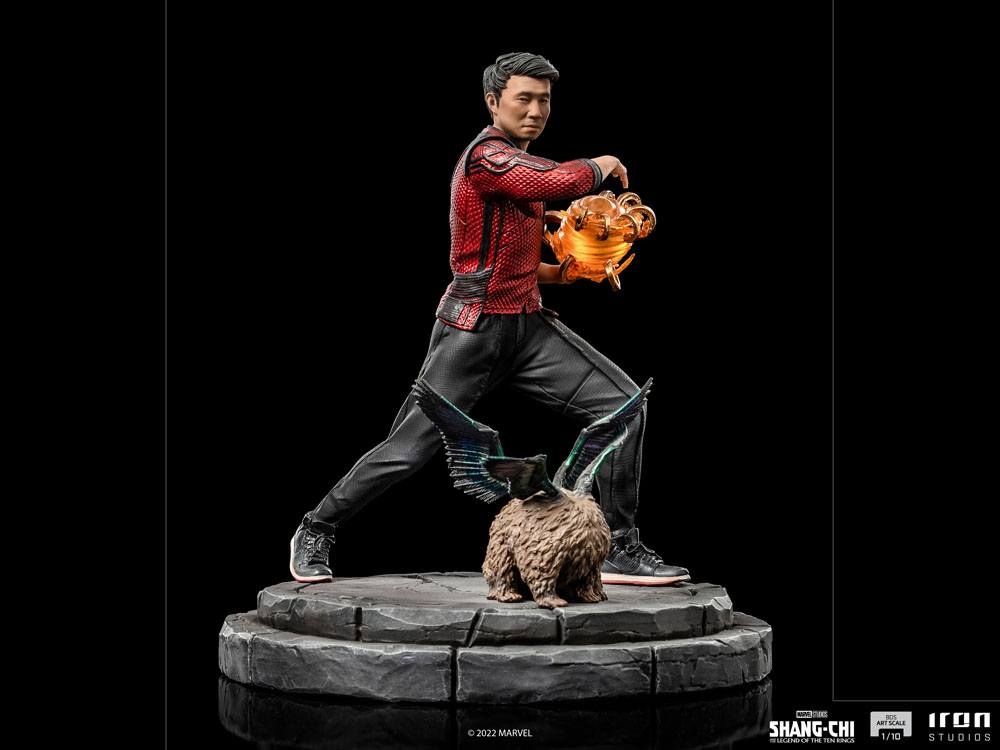 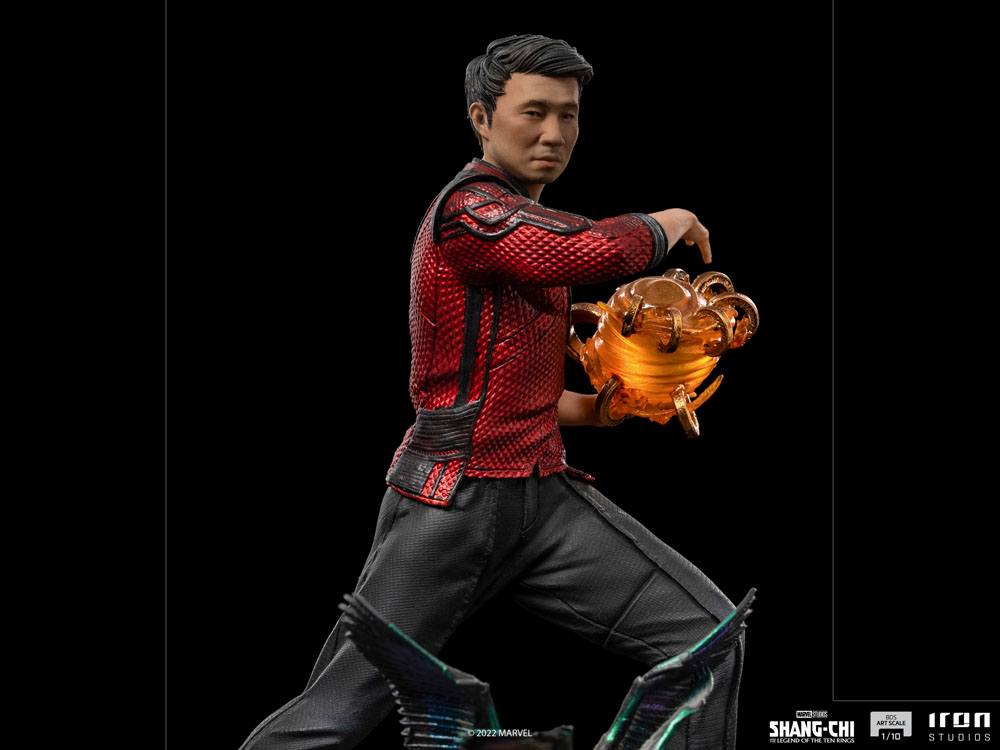 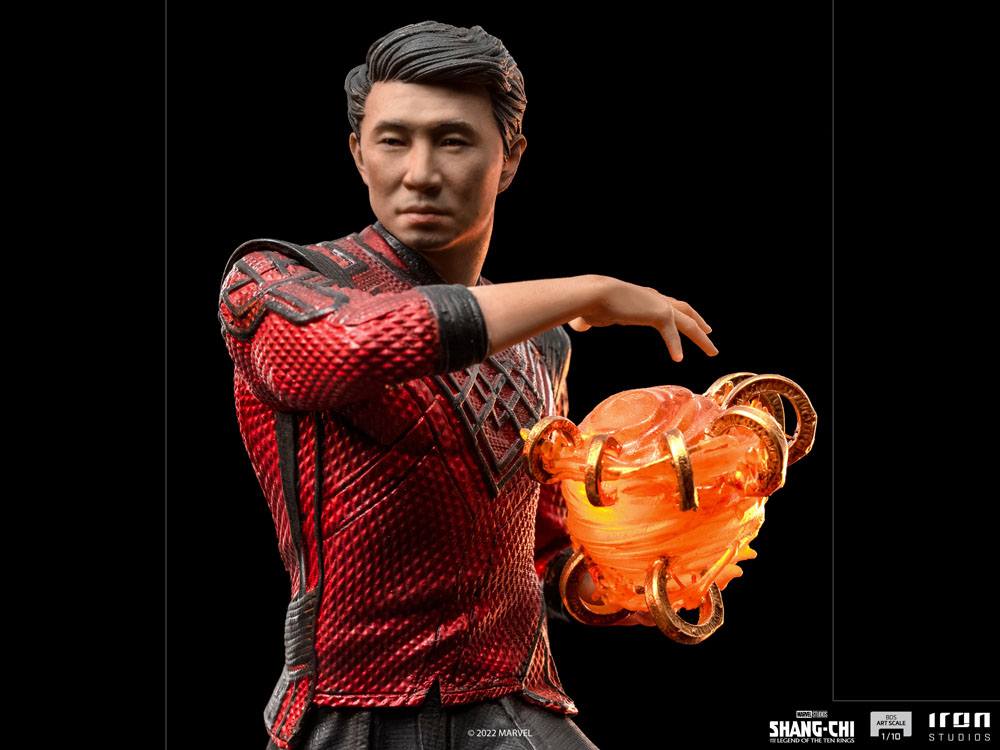 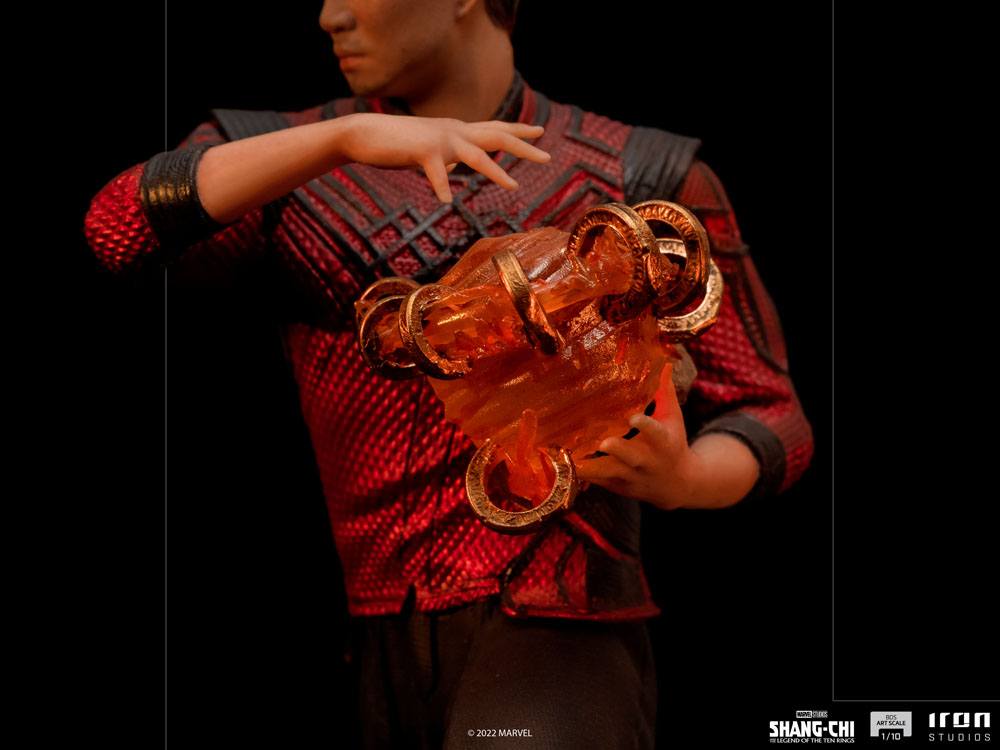 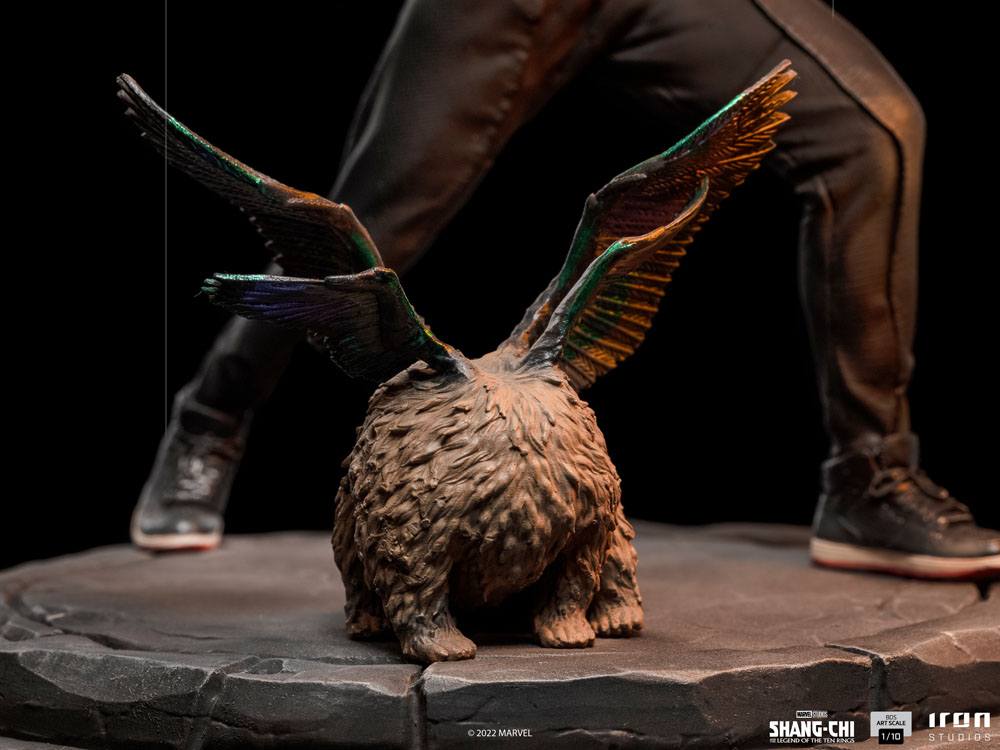 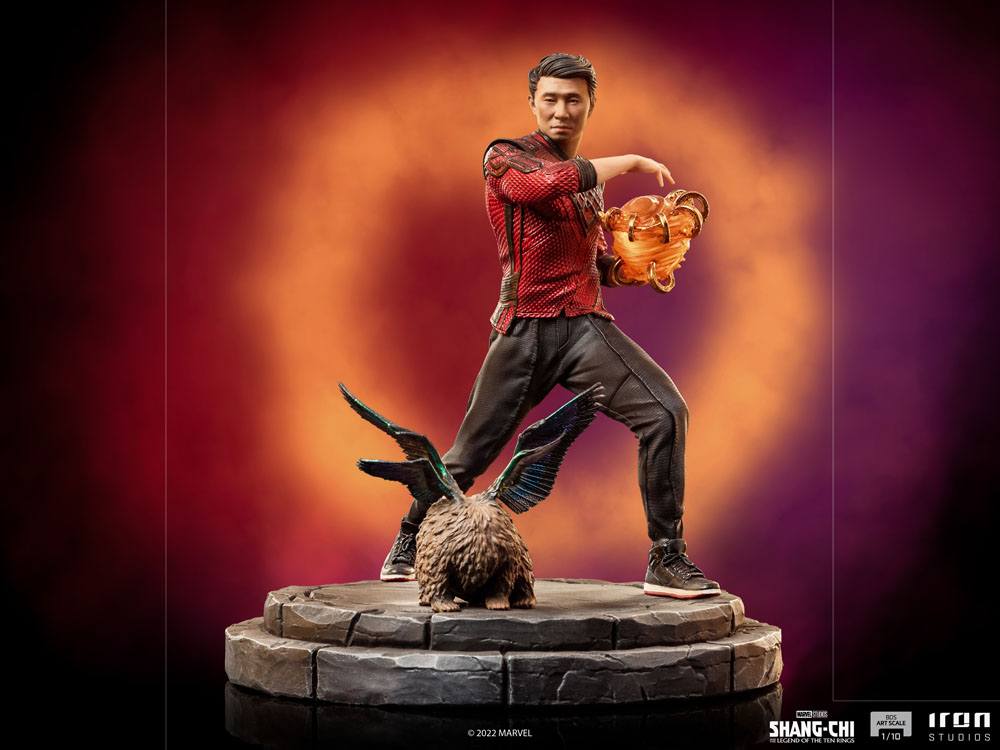 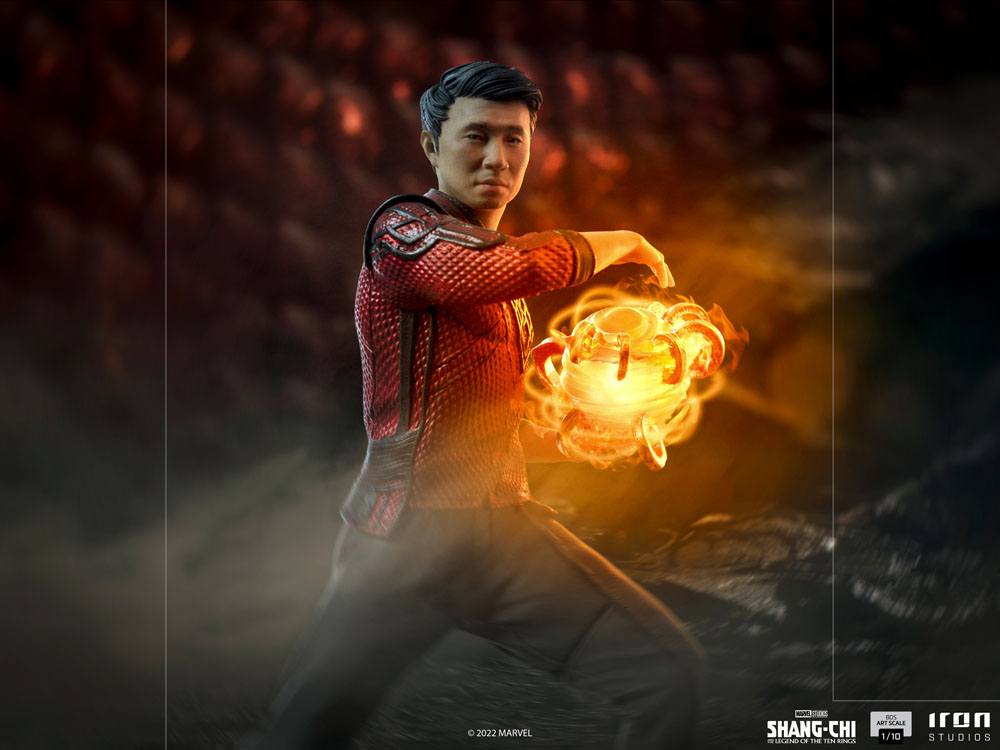 Inside the Multiverse, in a village named Ta Lo filled with animals from the Chinese mythology and accessible only through a portal on Earth, the formidable young martial artist focuses himself calm and confident, manipulating the so-called “Ten Rings”, a set composed of ten metal rings of ancient and unknown origin, that gives its user many divine and mystic powers. Next to the pleasant creature called Morris, a winged furry being native from Ta Lo, of the race known as Dijang, captured by his father in the past and adopted as a pet by his allies, the fearless warrior with his new red and black costume gets ready to his biggest duel, facing his mighty father and the fearsome race of creatures named Soul Eaters. Iron Studios proudly bring the statue of another legendary hero from the MCU, presenting “Shang-Chi & Morris BDS – Shang-Chi – Art Scale 1/10”, one of the greatest fighters from Marvel’s universe next to the small mystic animal, inspired by the successful film adaptation by Marvel Studios.

Son of Xu Wenwu, the founder of the Ten Rings, a criminal and terrorist organization active since the Middle Ages, Shang-Chi was prepared in a brutal training regimen since his childhood, which transformed him into one of the world’s most efficient martial fighters. However, after a revenge mission, he chose to leave the Ten Rings, disconnecting himself from his past and his family. Keeping himself hidden with a peaceful life in the U.S., destiny once again put him in confrontation with his father, obliging him to ally with his sister to stop Xu Wenwu, attracted by the voice of his deceased wife, and seeking to breach the Dark Gate, a dimensional passageway next to the mystic village of Ta Lo, that keeps Earth safe from a hostile race of winged creatures that feed on souls. Counting on his skills, the help of his allies, and the strength of a mystic dragon known as the Great Protector, Shang-Chi also inherited the rings from his father to fight the Soul Eaters.