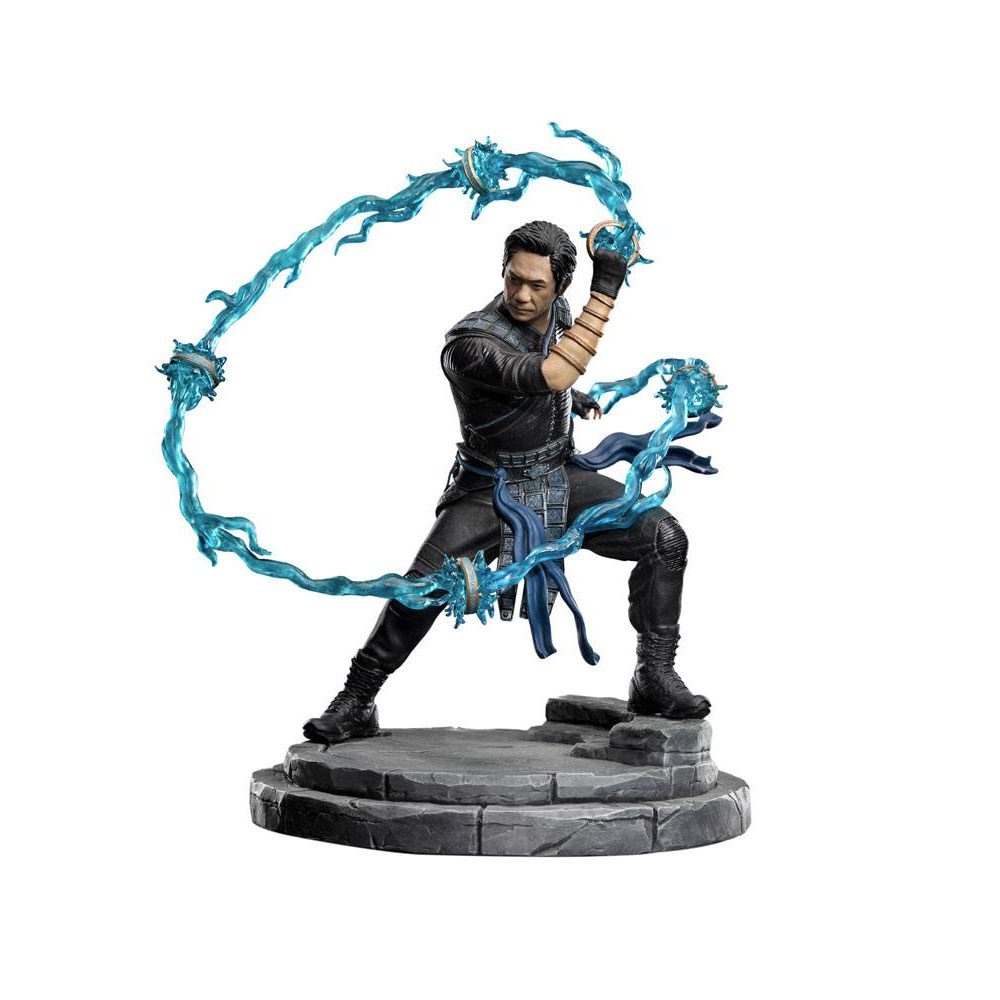 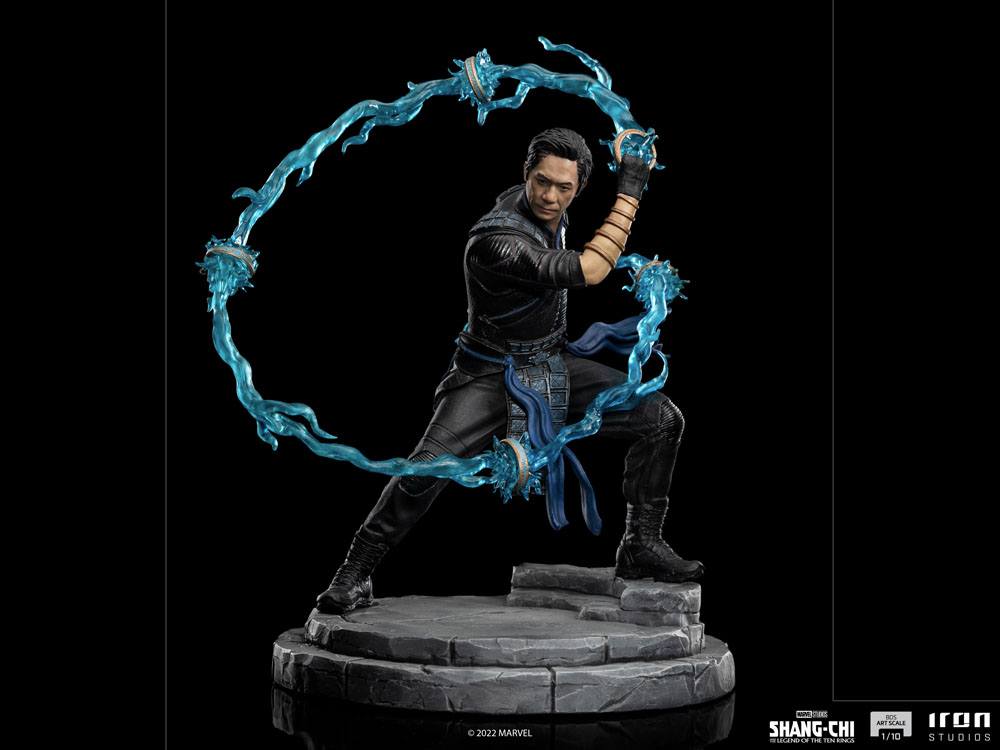 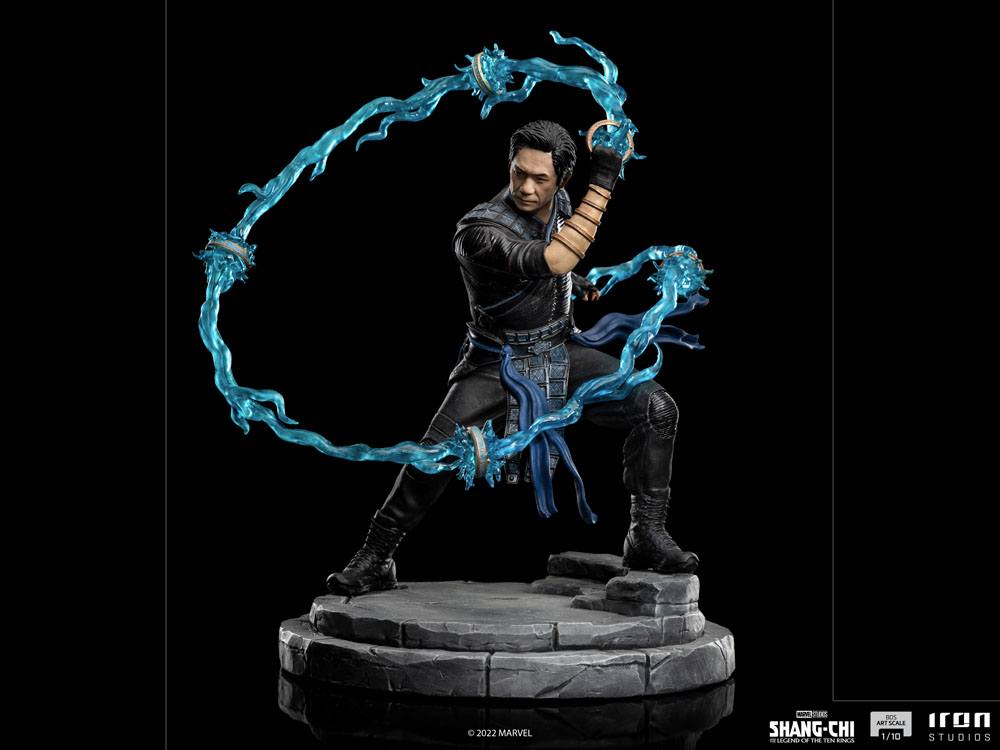 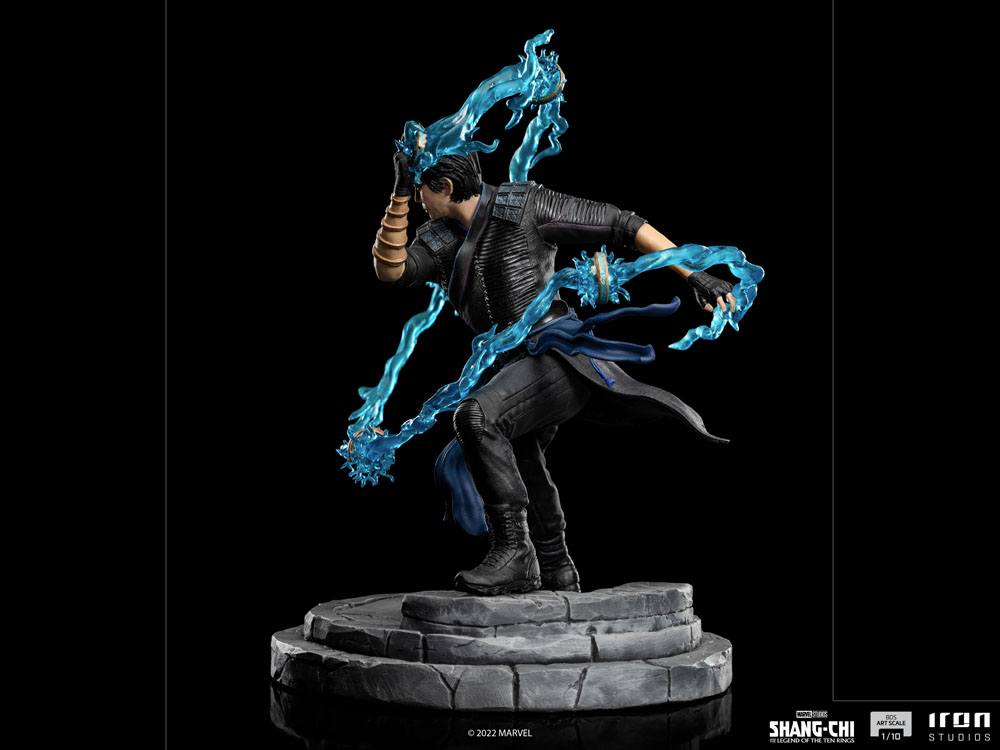 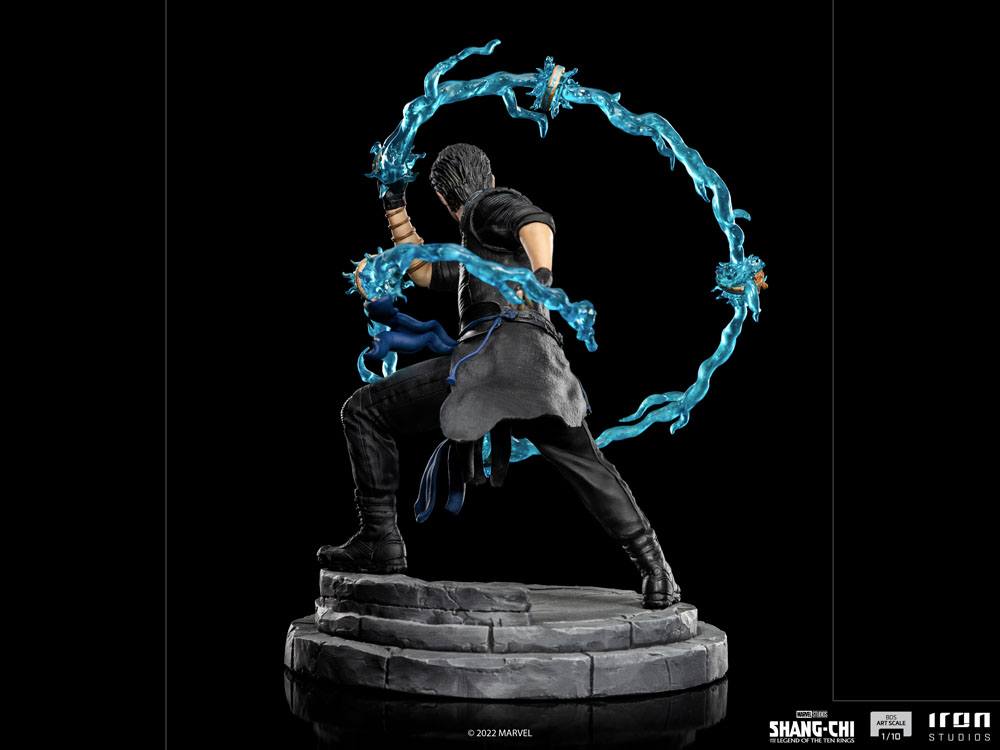 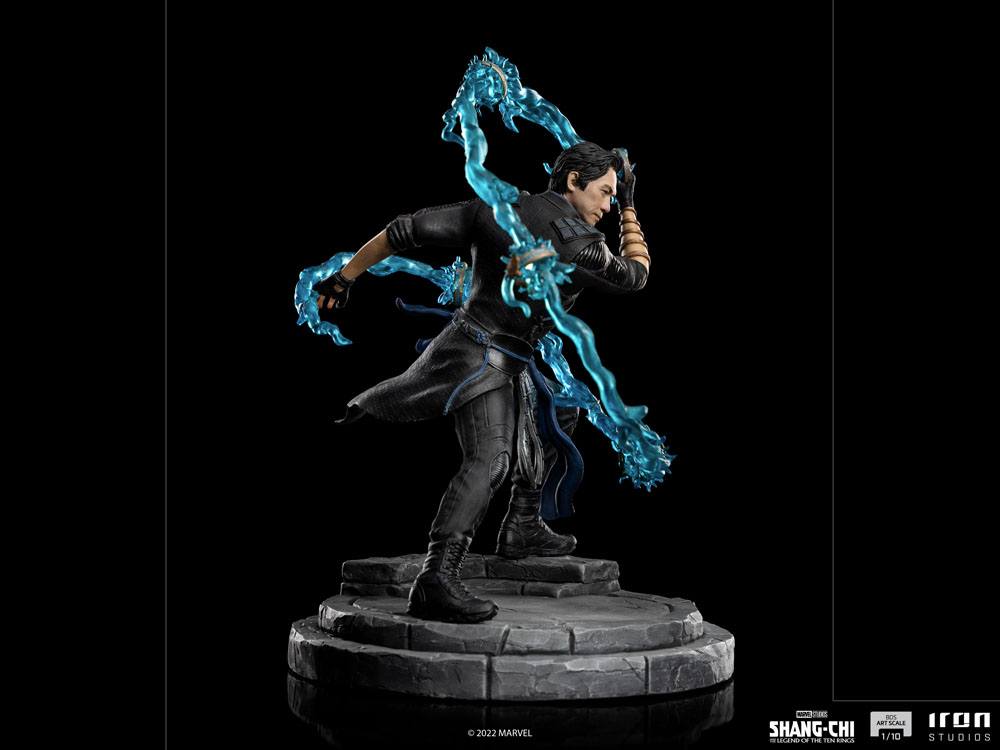 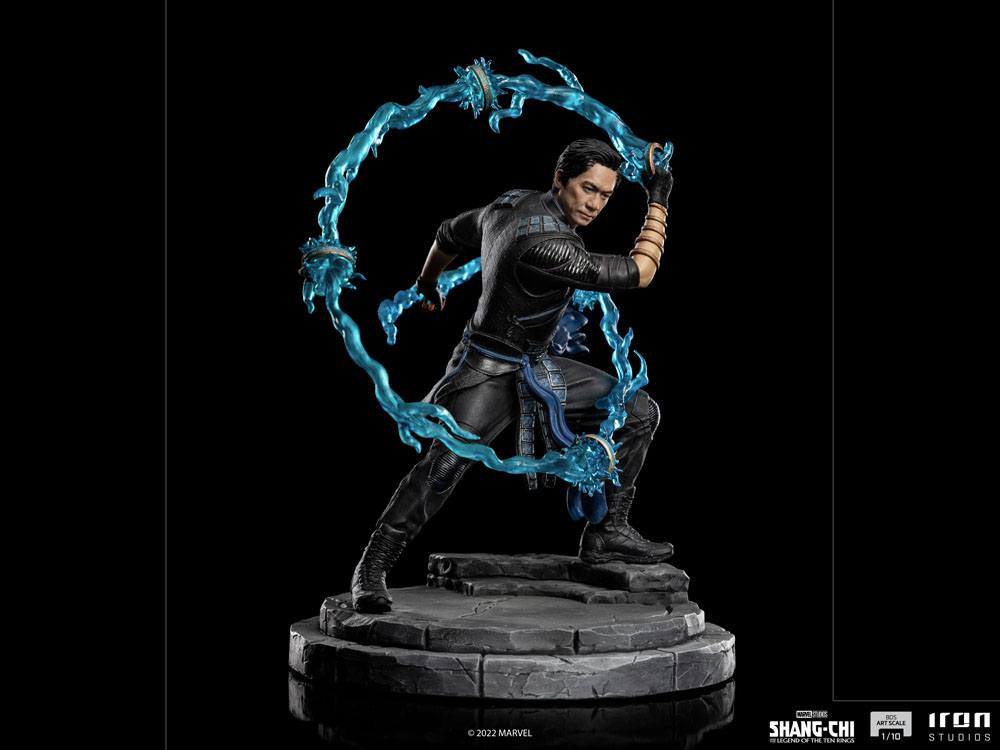 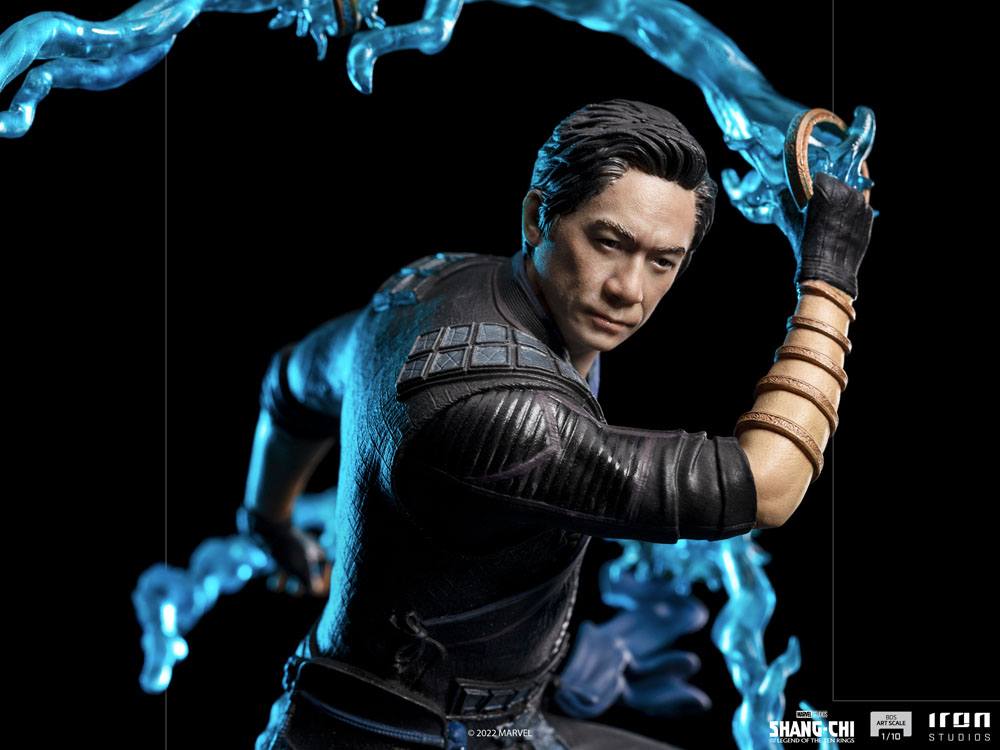 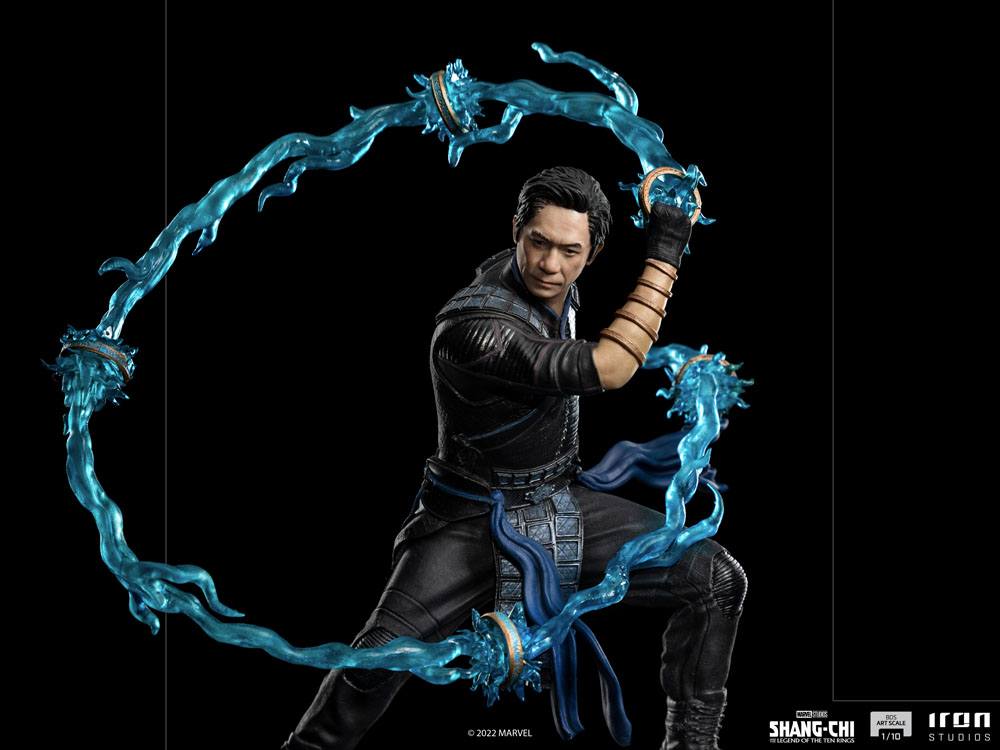 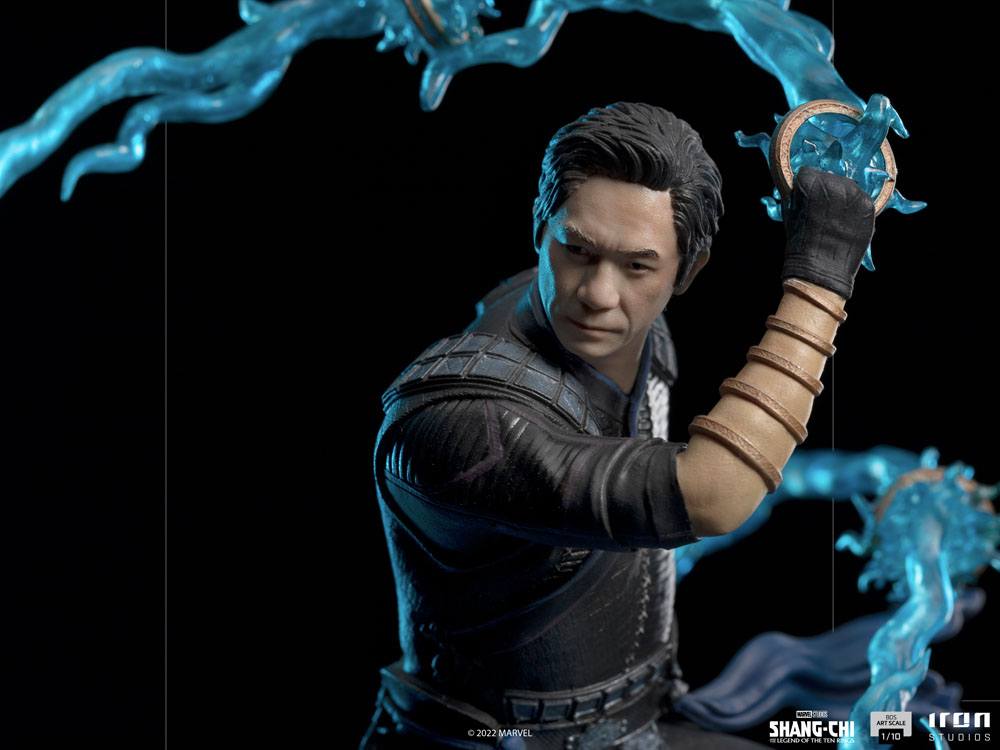 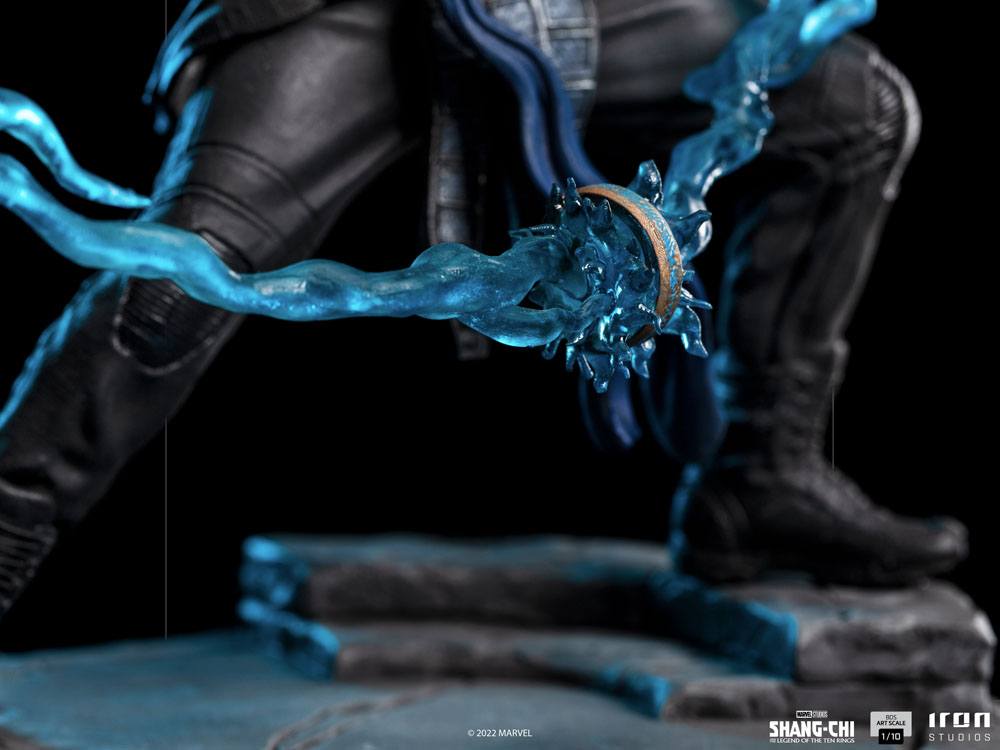 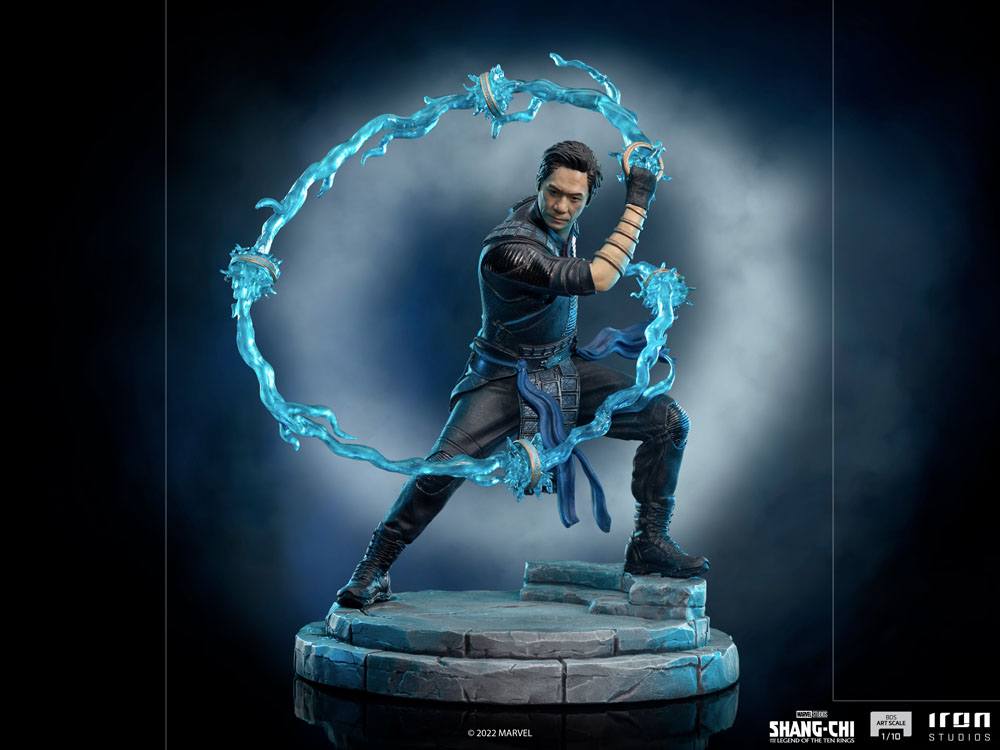 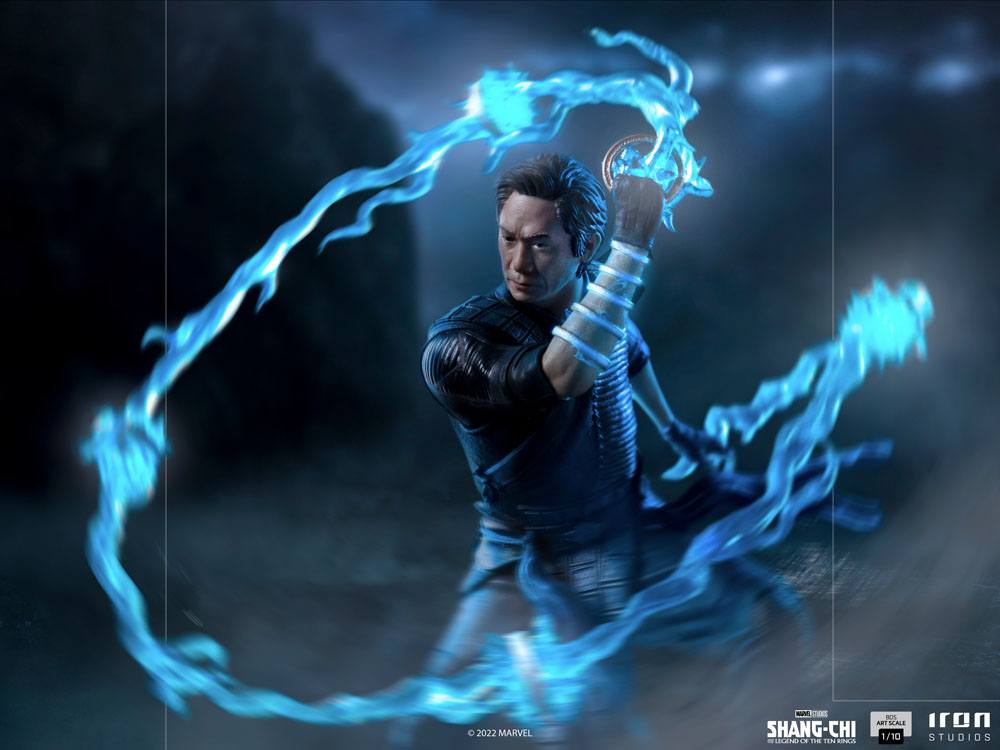 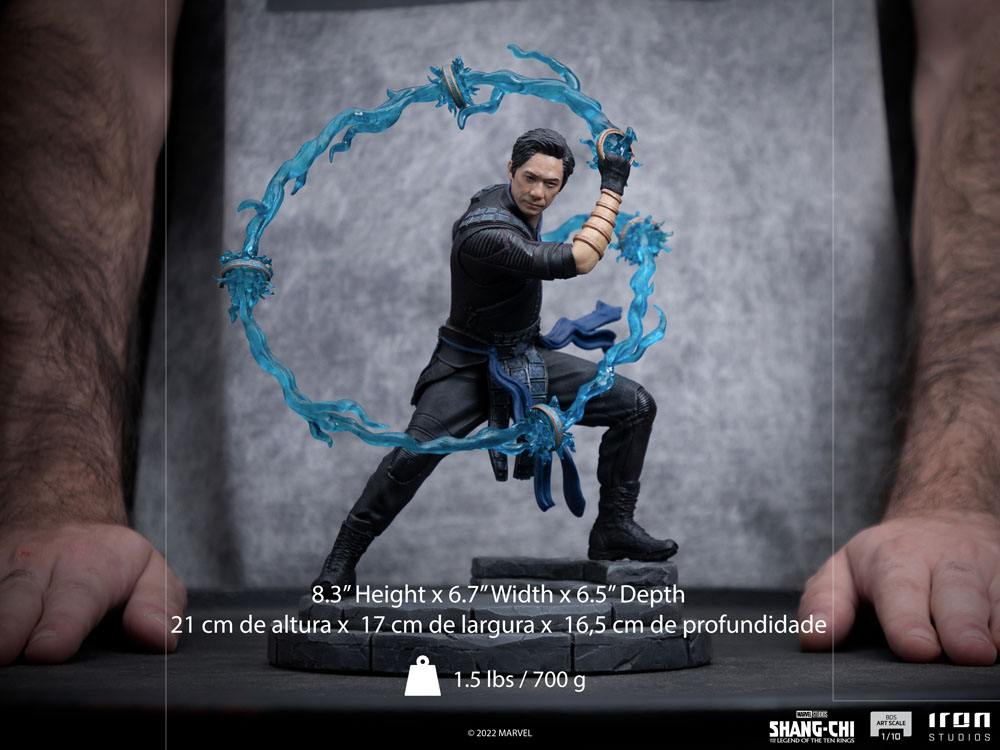 The Warrior King, Master Khan, the most dangerous man on Earth, he was known by many names throughout his long life, becoming a legendary and nearly mystic figure. A thousand years ago he found the so-called “Ten Rings”, a set composed of ten metal rings of ancient and unknown origin, that gave him unparalleled powers and immortality while also transforming him into a myth to his followers, with only his most trust-worthy men knowing of his existence. Wearing his black combat clothes with blue details, he manipulates with unique dexterity his powerful mystic rings, because of centuries of practice as a warrior and conqueror. About to face his greatest rival, his son Shang-Chi, Iron Studios bring the statue of the fearsome “Wenwu BDS – Shang-Chi – Art Scale 1/10”, the relentless founding leader and lord of the Ten Rings, a terrorist and criminal organization active since the Middle Ages.

Establishing himself as a legendary and dreaded warlord, Xu Wenwu traveled across Asia, building the power of the Ten Rings, and conquering any lands he desired. In the modern days, Wenwu kept seeking power, finding the ancient city of Ta Lo, which was said to contain mystic beasts that could expand his powers.

He fell in love with a guardian of Ta Lo, Ying Li, with whom he had two children, Shang-Chi and Xu Xialing. After the death of his beloved wife, he trained Shang- Chi from his childhood to avenge her death but was abandoned by his own son, who rebelled. Hearing the voice of his deceased wife and believing that she was alive and being kept as a prisoner in Ta Lo, he mobilized his army to invade and breach the Dark Gate, a dimensional passageway next to the mystic village of Ta Lo, that keeps Earth safe from a hostile race of winged creatures that feed on souls. But, after facing his son, and realizing he was being manipulated by the forces of the soul-consuming demon, The Dweller-in-Darkness, Wenwu sacrificed himself to protect Shang-Chi, passing the Ten Rings to him.