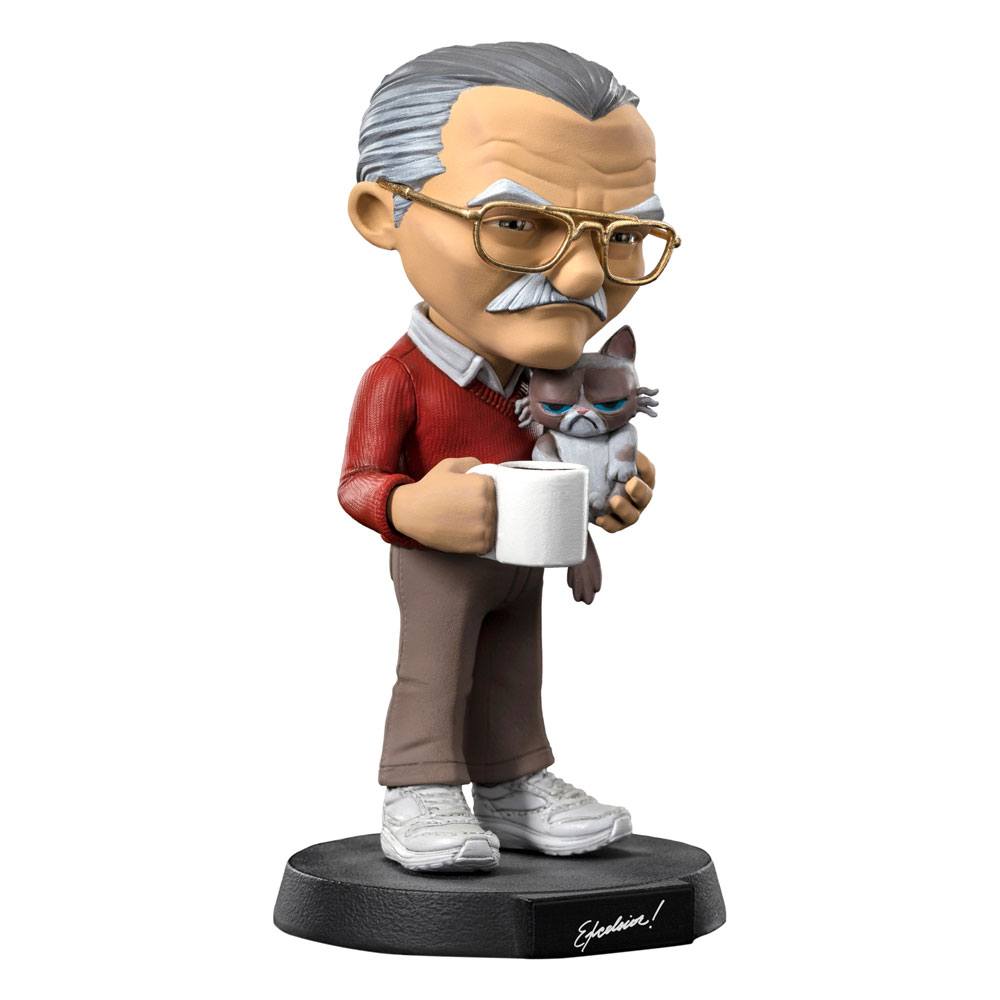 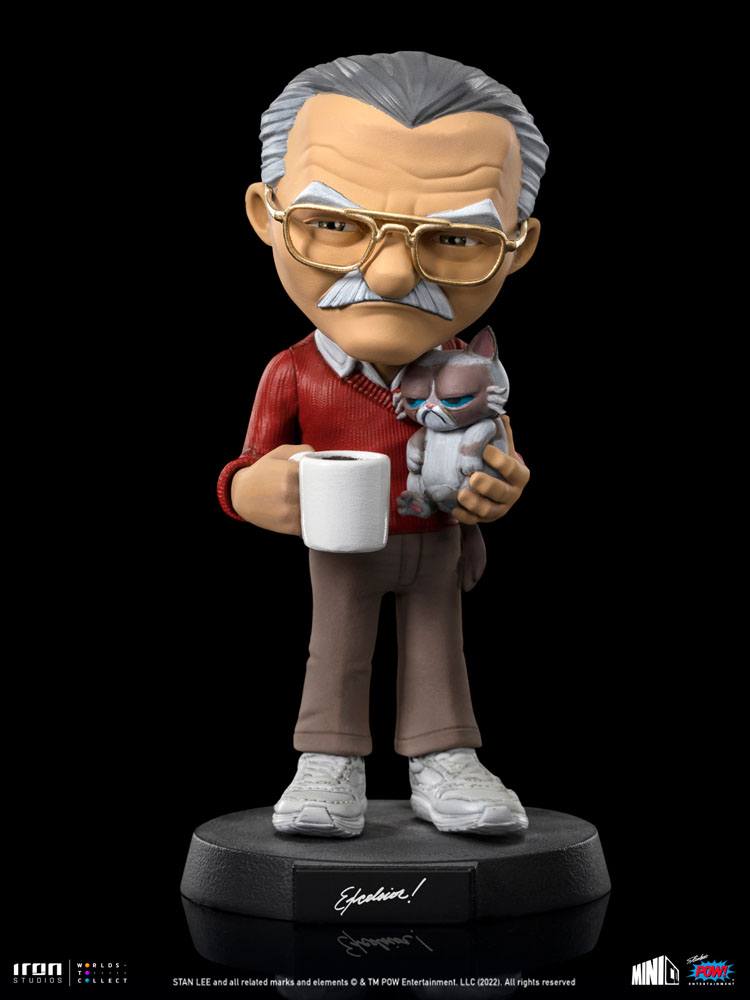 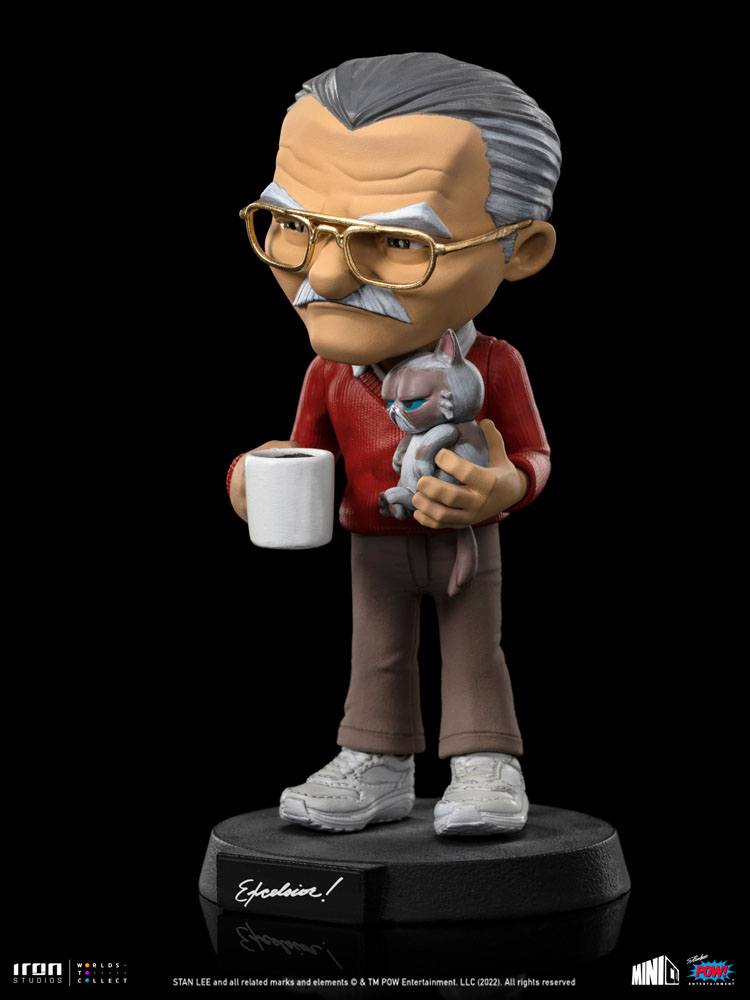 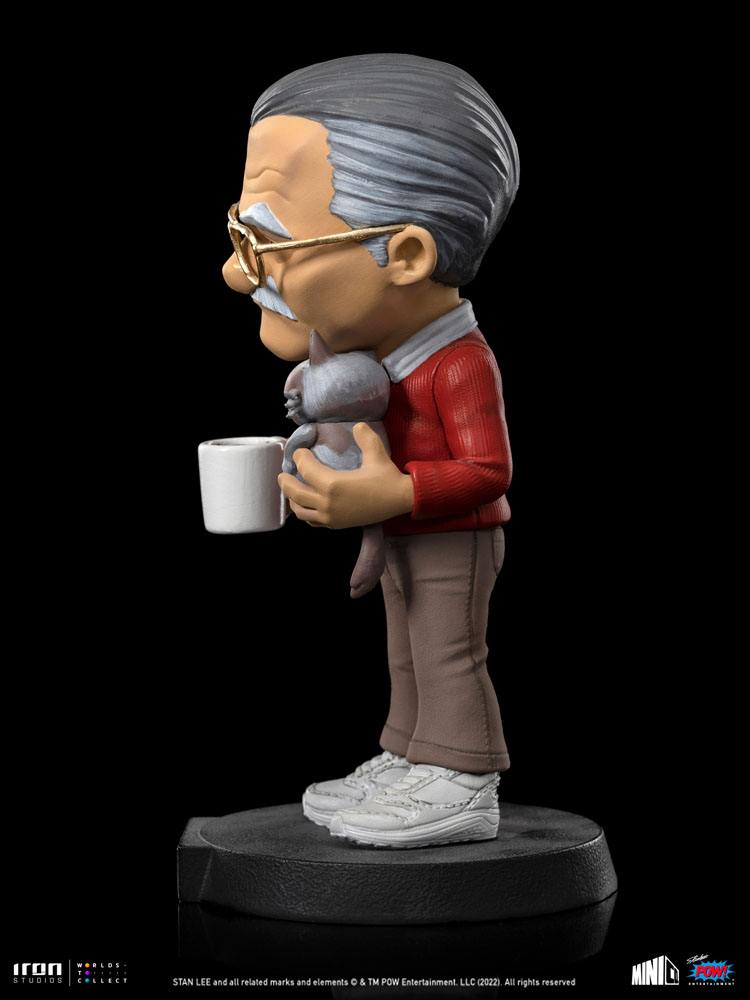 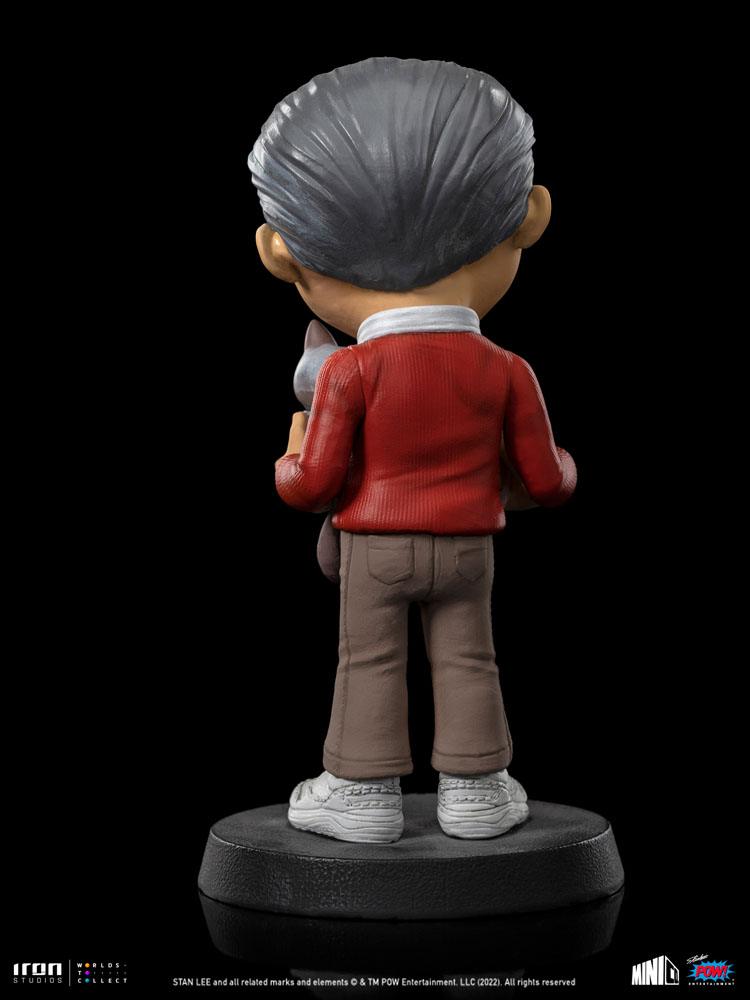 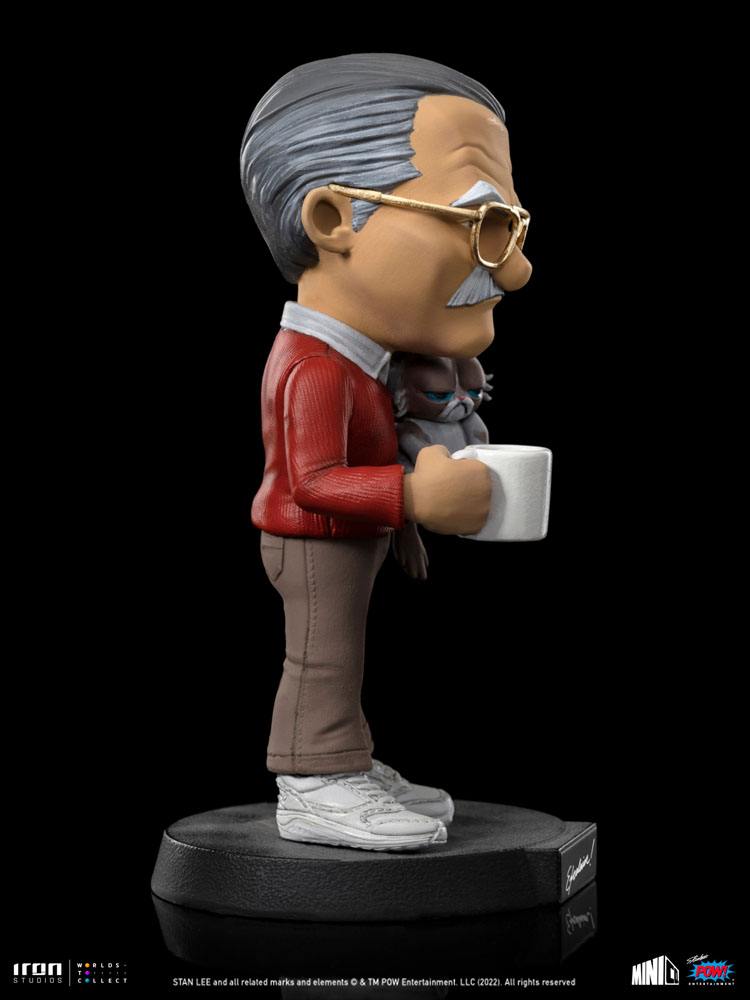 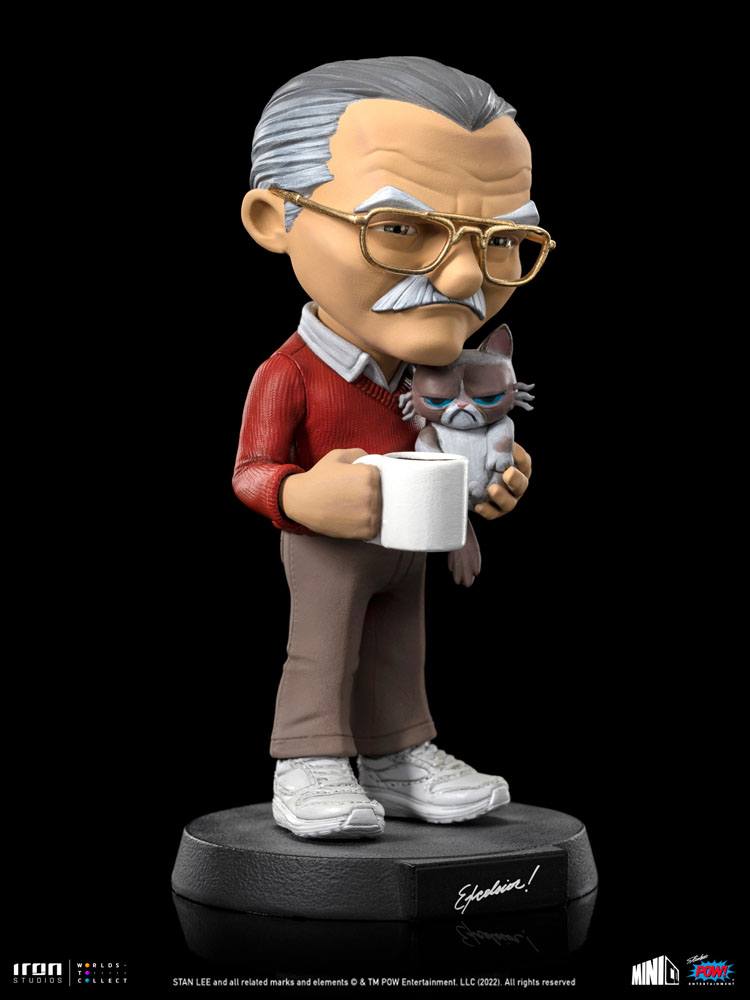 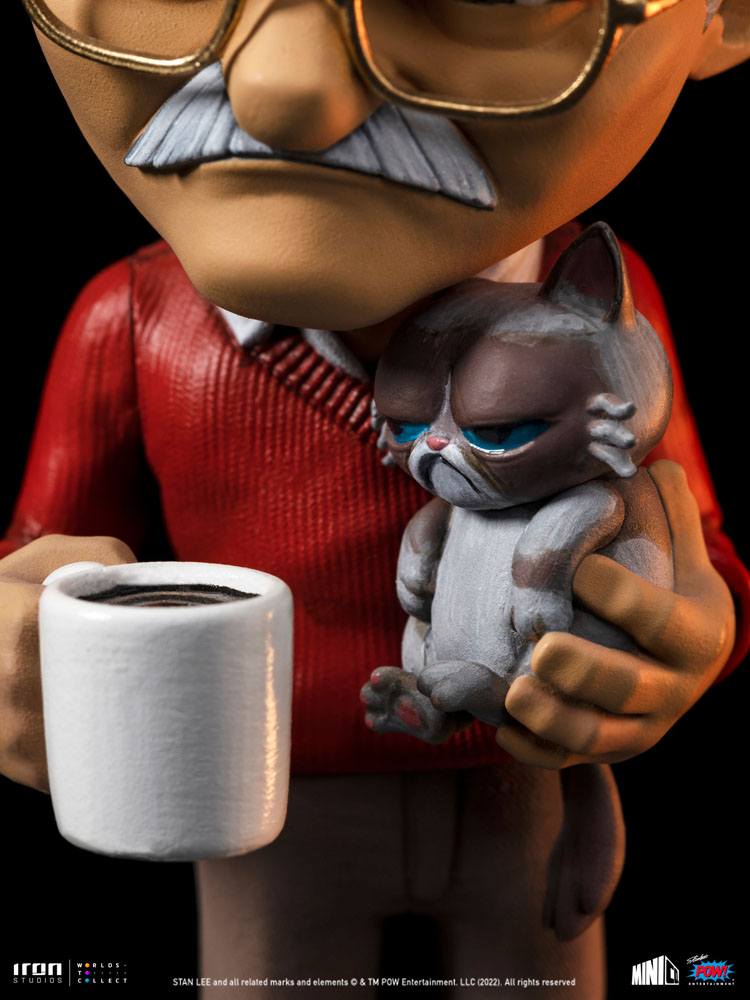 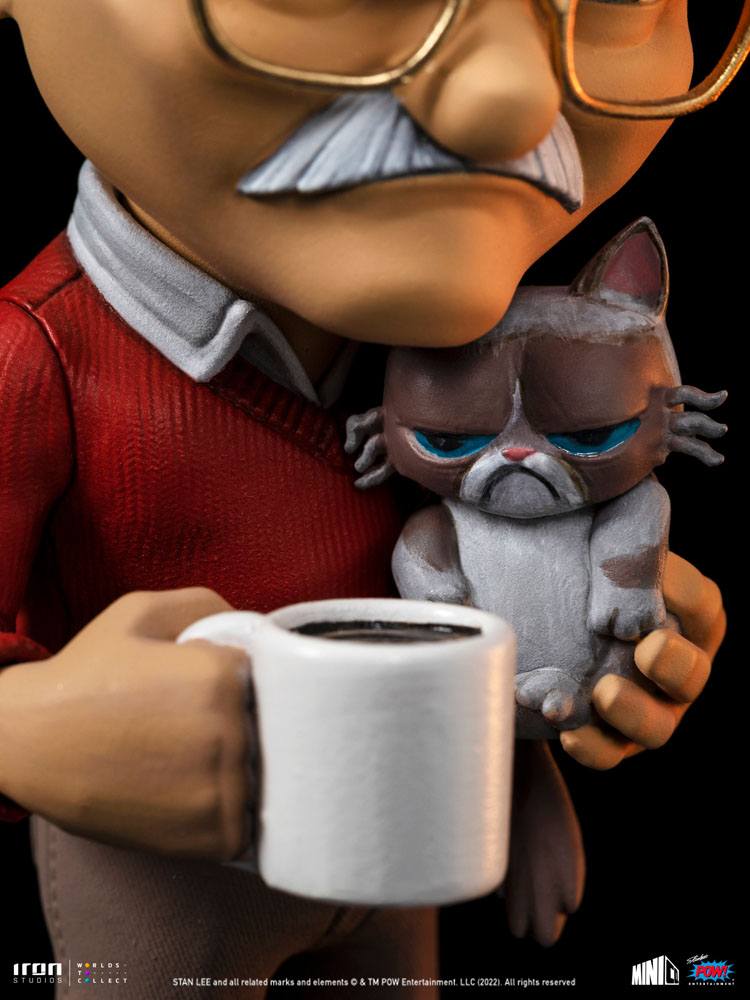 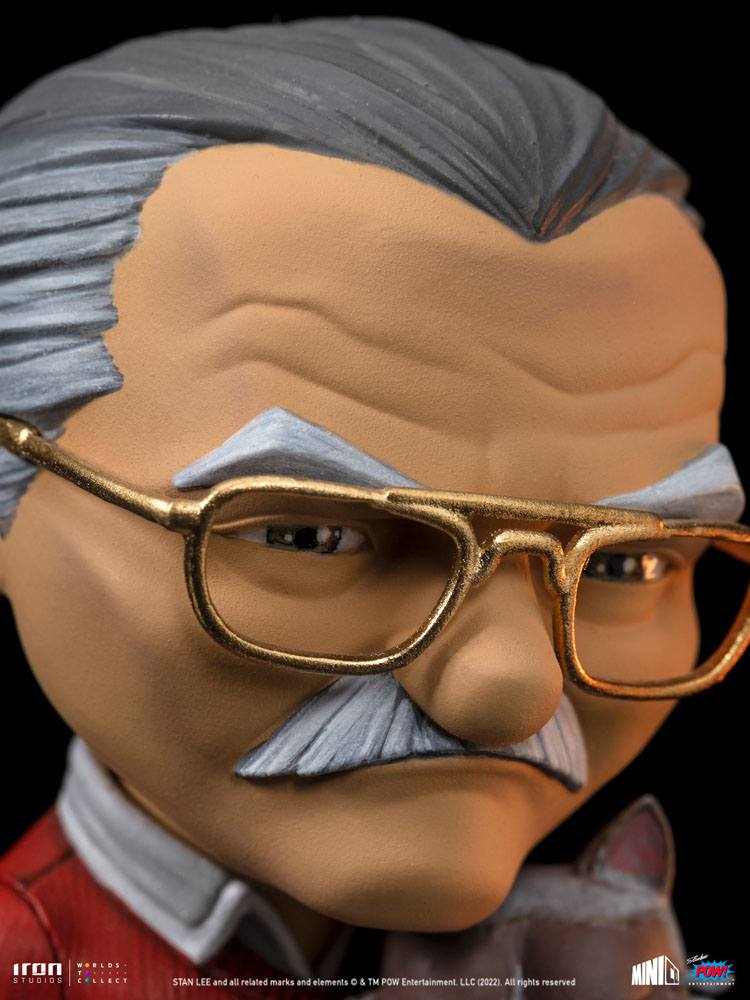 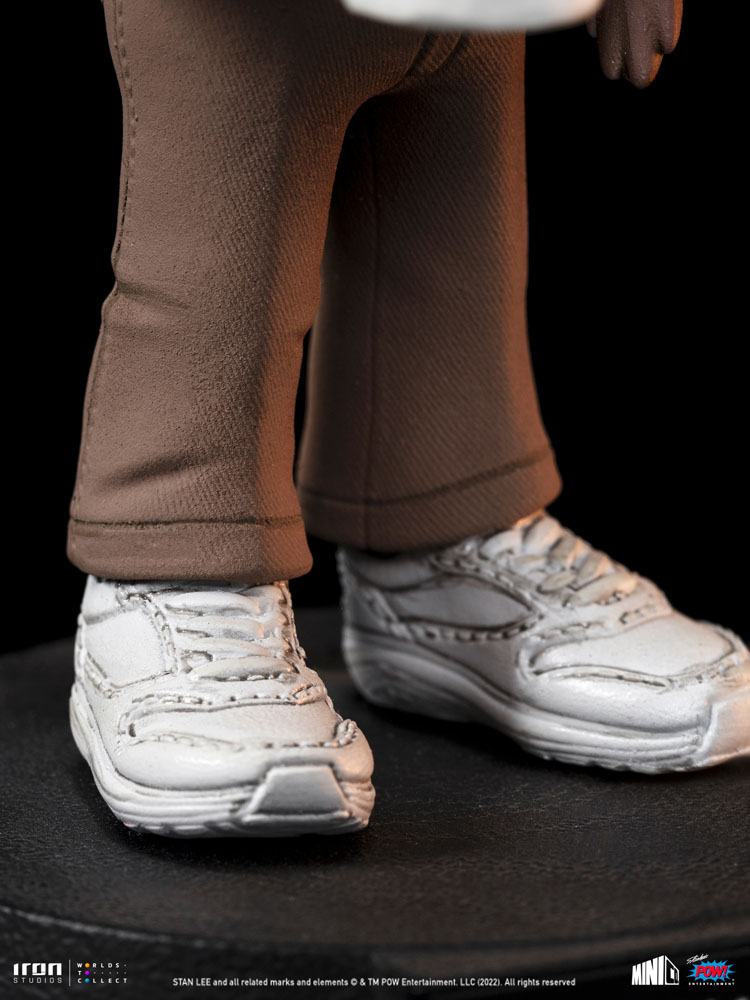 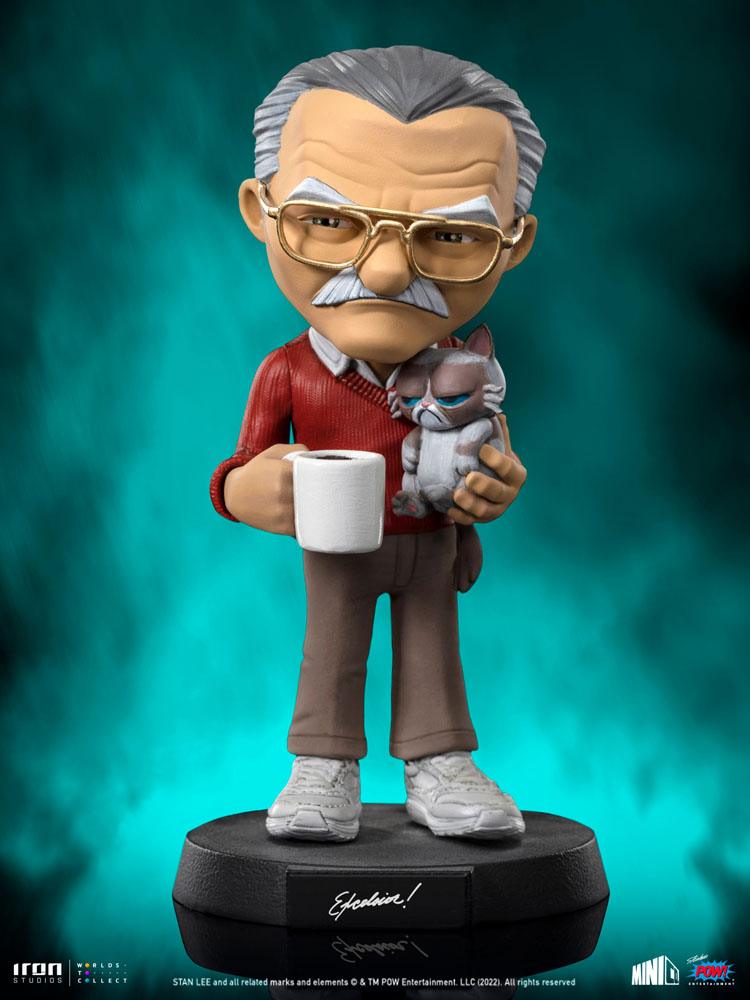 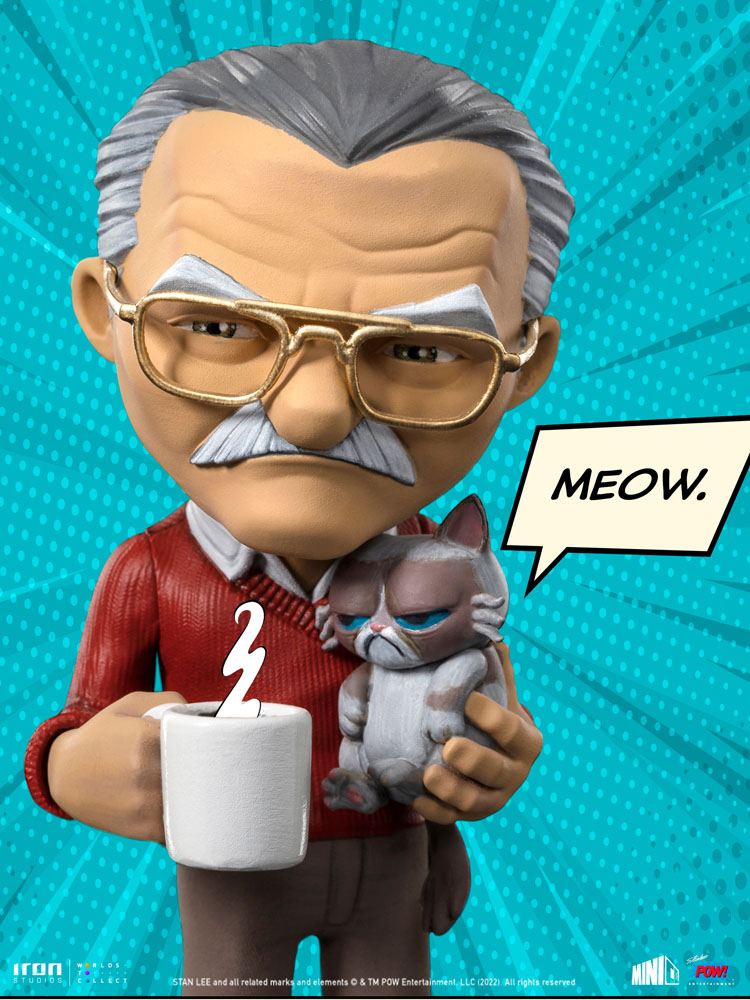 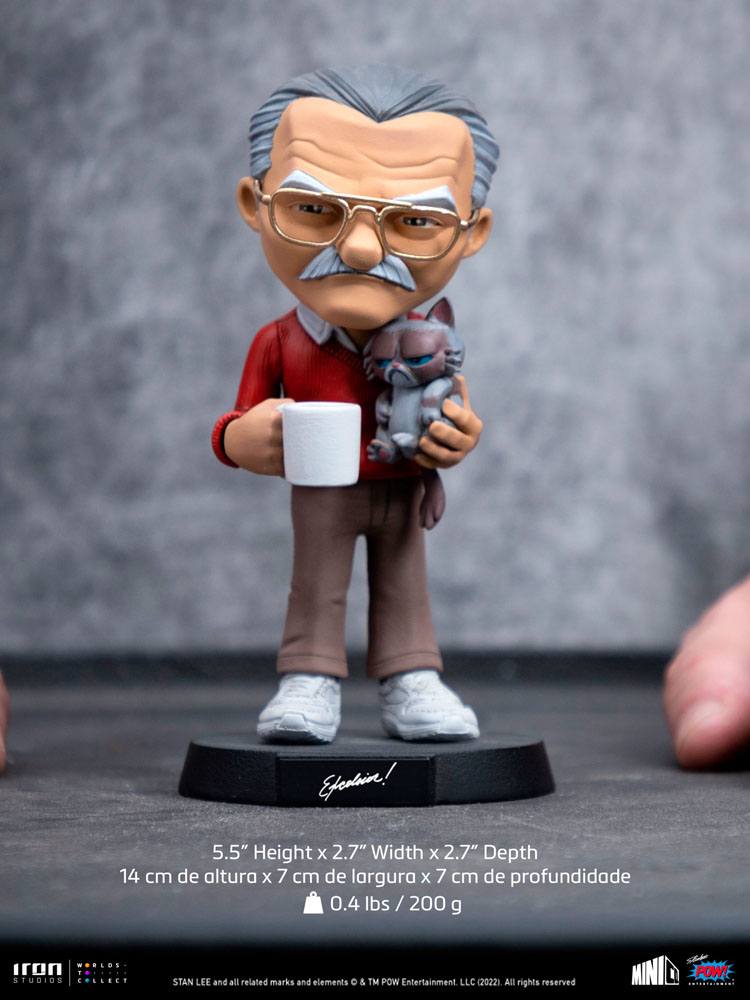 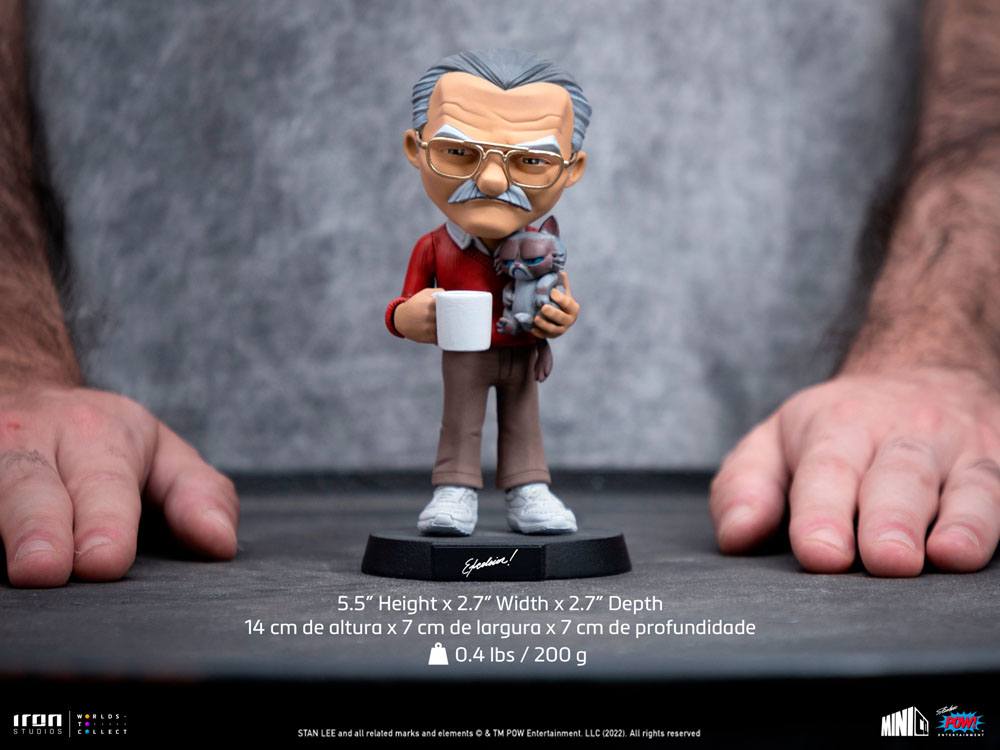 On a fun Halloween weekend in 2015, two legends met. The charismatic and iconic creator of heroes Stan Lee, who’s often smiling, and the feline celebrity Grumpy Cat, with its always sulky countenance. A thrilling moment where these two pop culture legends decided to seize the opportunity and pose for a picture, with Grumpy Cat in its usual angry grimace, and Mr. Lee joining the mood of the joke and imitating the kitten, resulting in cute pictures eternalized in memes and illustrations. Now, for the first time, this memorable meeting is replicated in a statue by Iron Studios that presents “Stan Lee with Grumpy Cat – Pow! Studios – MiniCo”, a beautiful and fun stylized representation in their Toy Art MiniCo line.

Grumpy Cat was a North American kitten that became a celebrity in the media because of its always “sulky” facial complexion, caused by feline dwarfism. This feature put her in the spotlight, appearing on TV shows, and going viral on the Internet. Present in short but remarkable appearances in almost every adaptation of the Marvel Cinematographic Universe, Stan Lee was a writer, editor, publisher, producer, businessman, and actor, but his greatest contribution to Marvel was as a co-creator of comic book icons like Spider-Man, Hulk, Doctor Strange, Fantastic Four, Daredevil, Black Panther, X-Men, and many more. Now, these unforgettable and outstanding figures are put together again by Iron Studios, with the beloved writer holding his coffee mug and carrying the small Grumpy Cat on his lap. With the angry countenance on their faces to satirize, one of the most popular memes on the Internet is now also an exclusive collectible to bring fun to your collection.