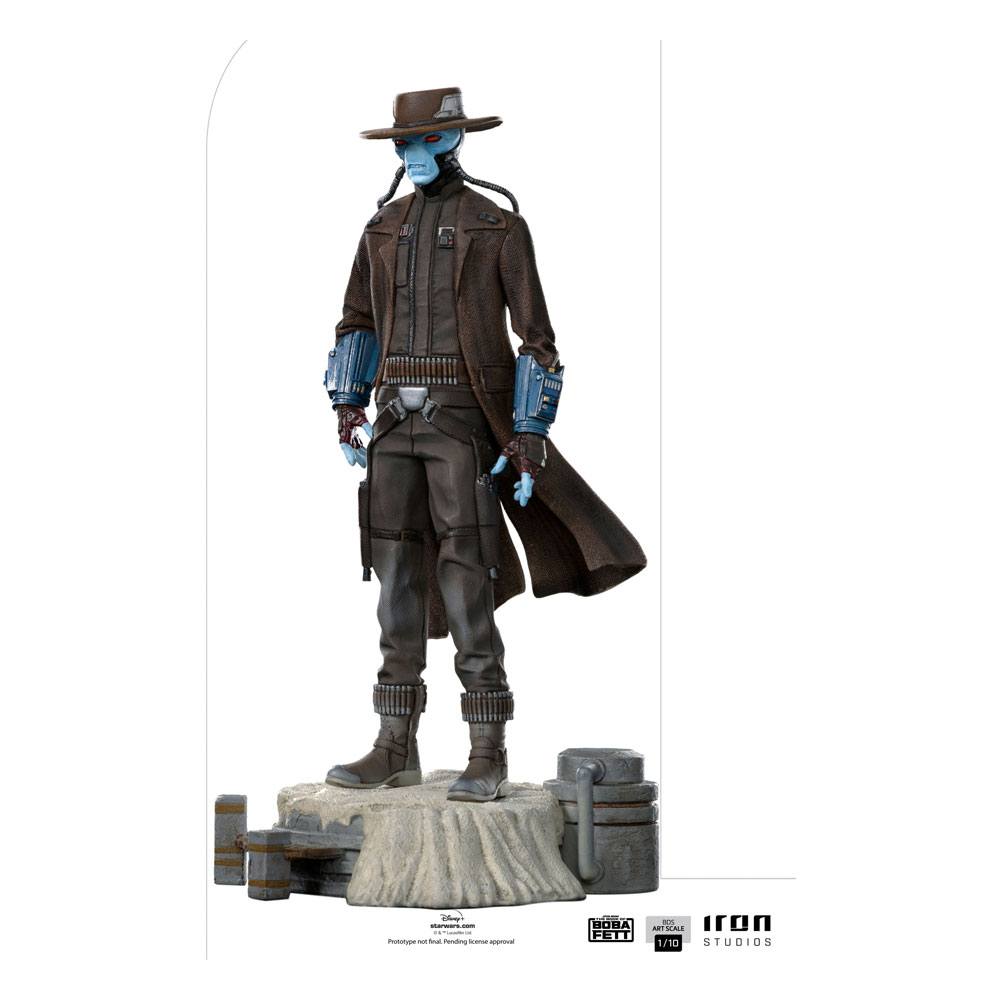 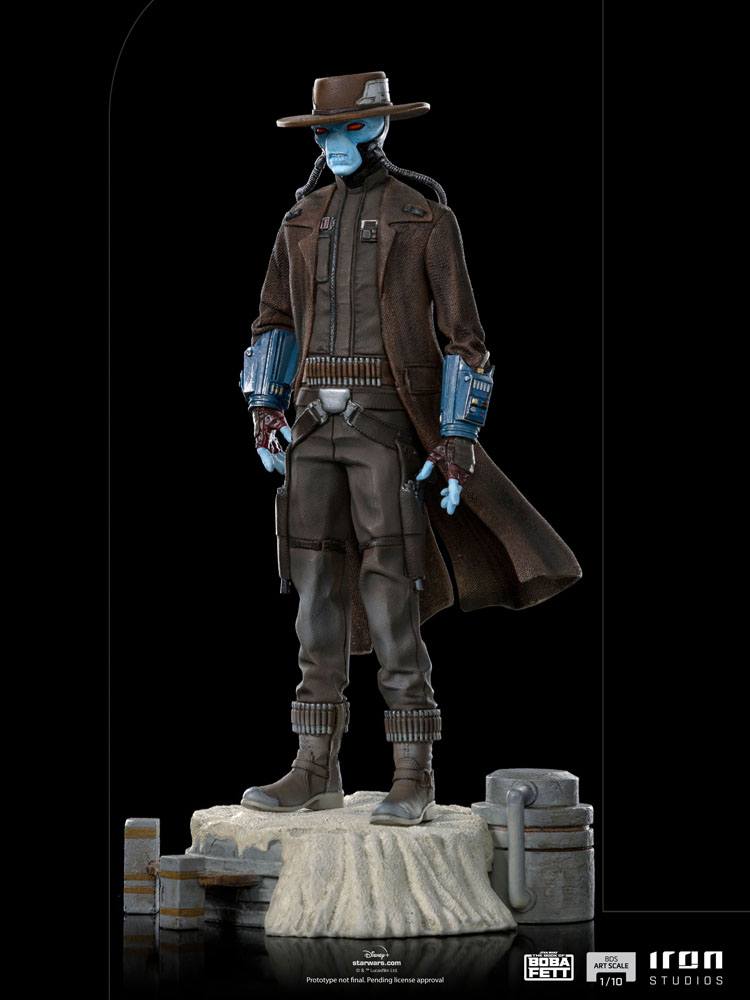 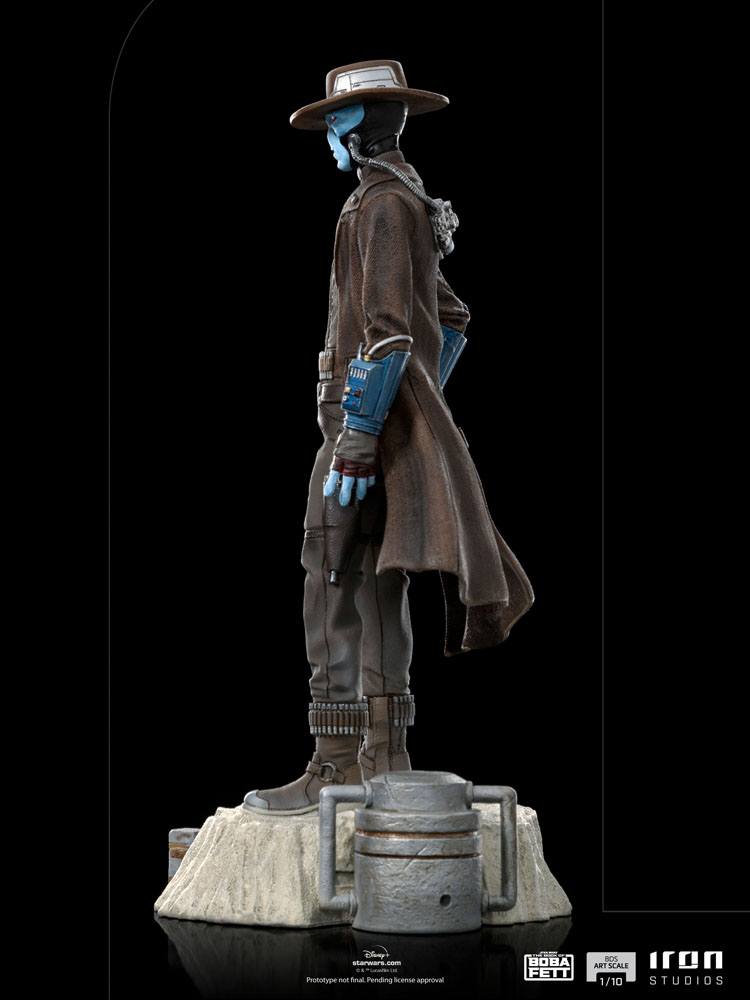 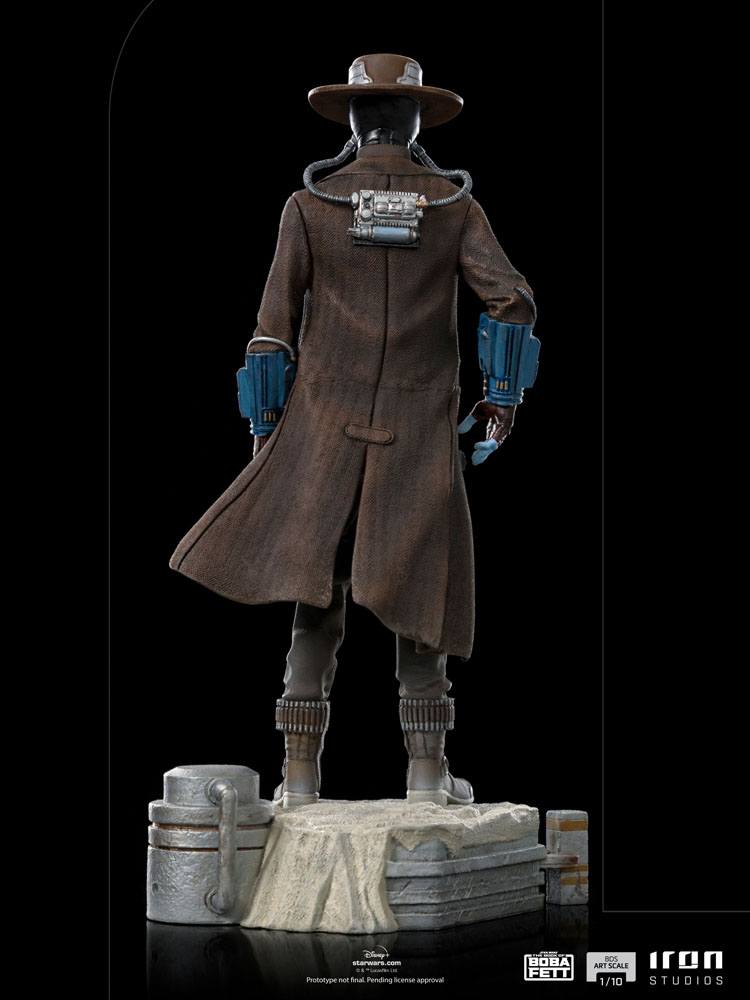 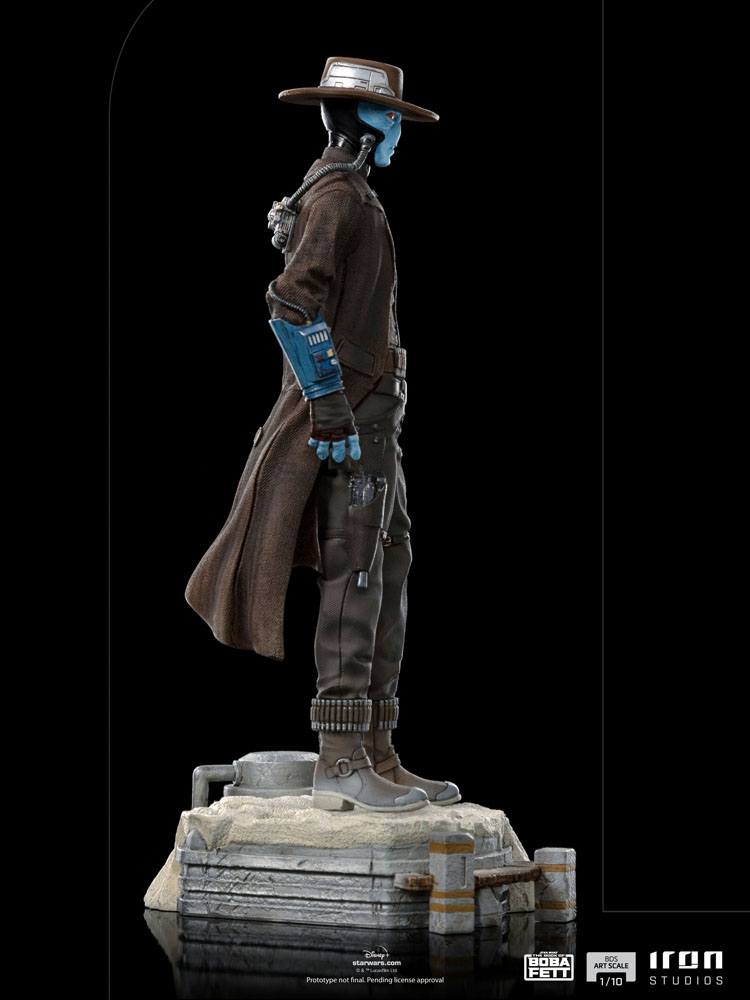 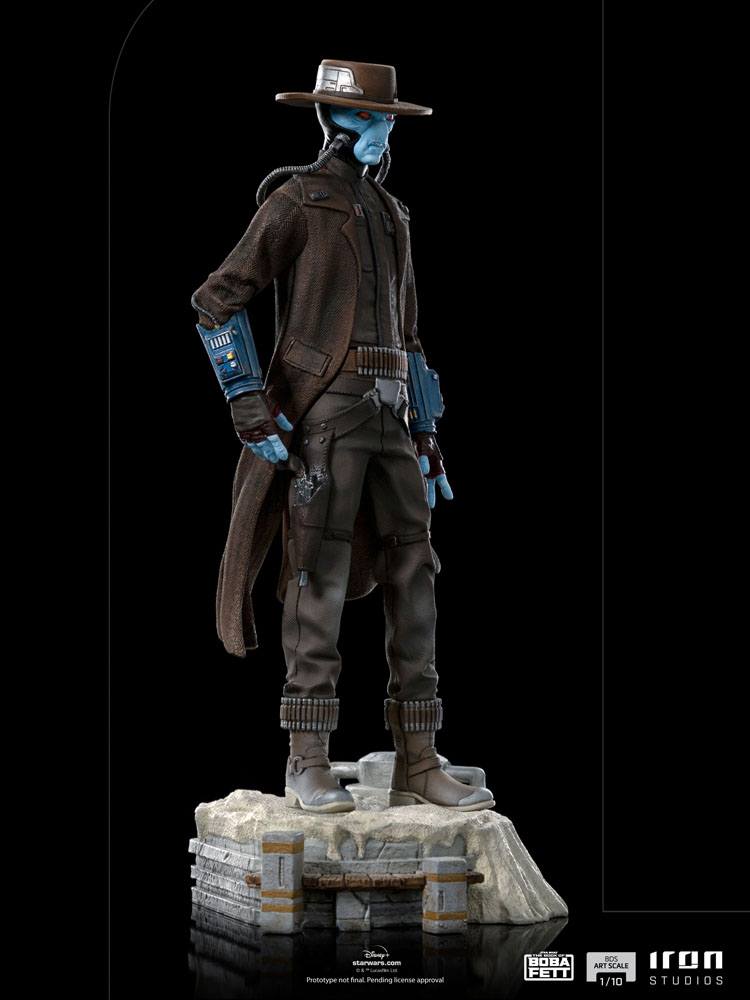 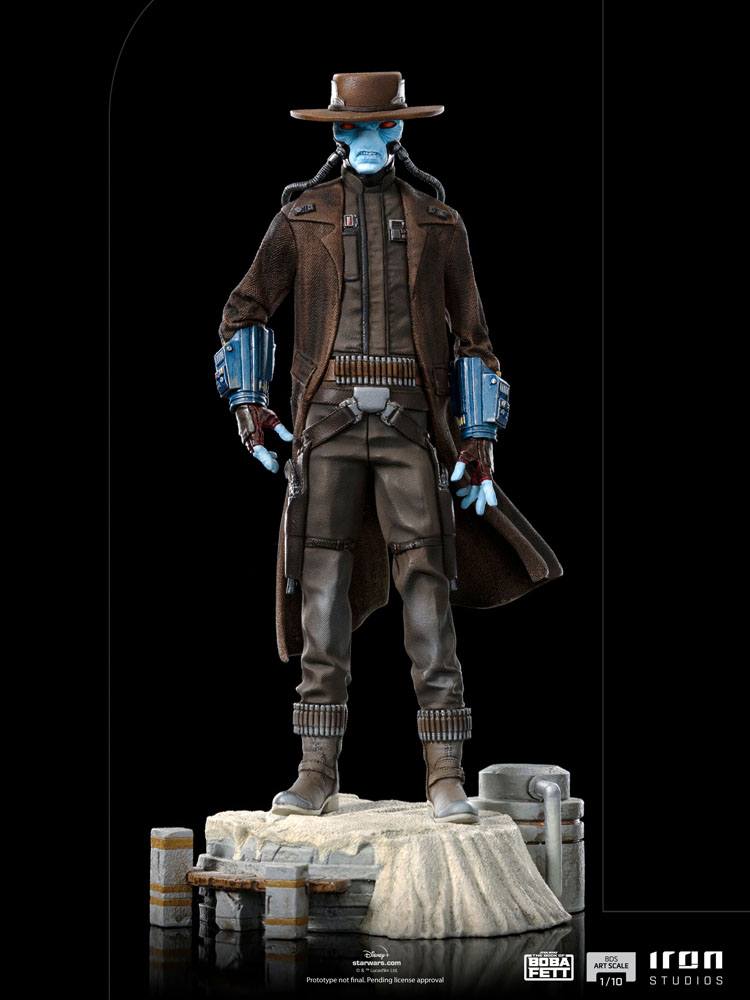 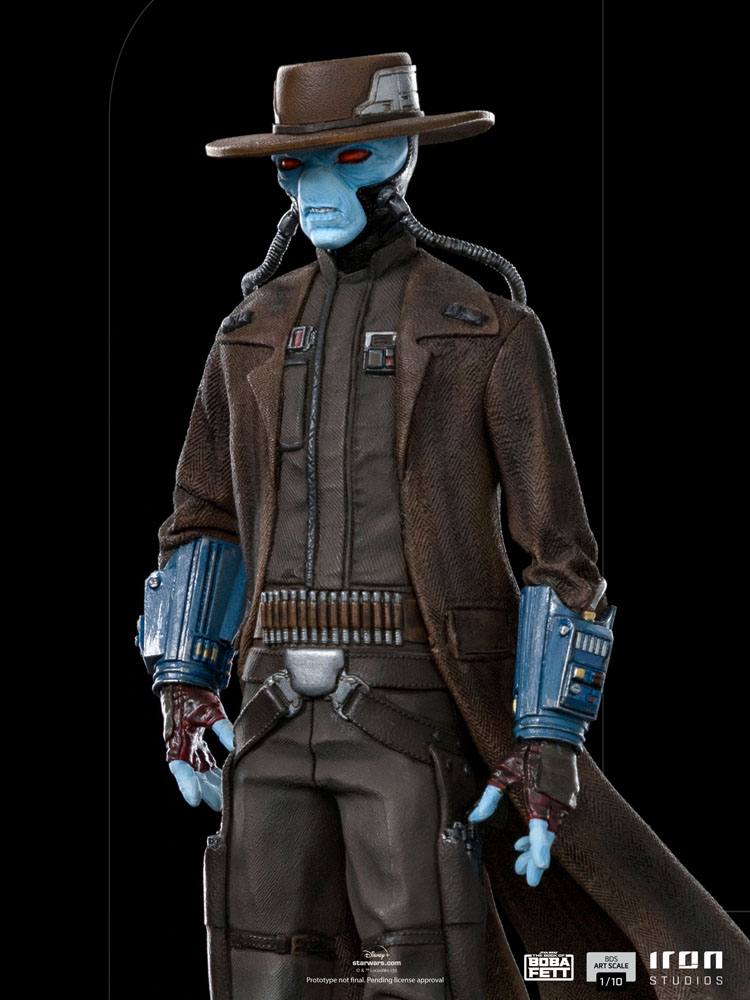 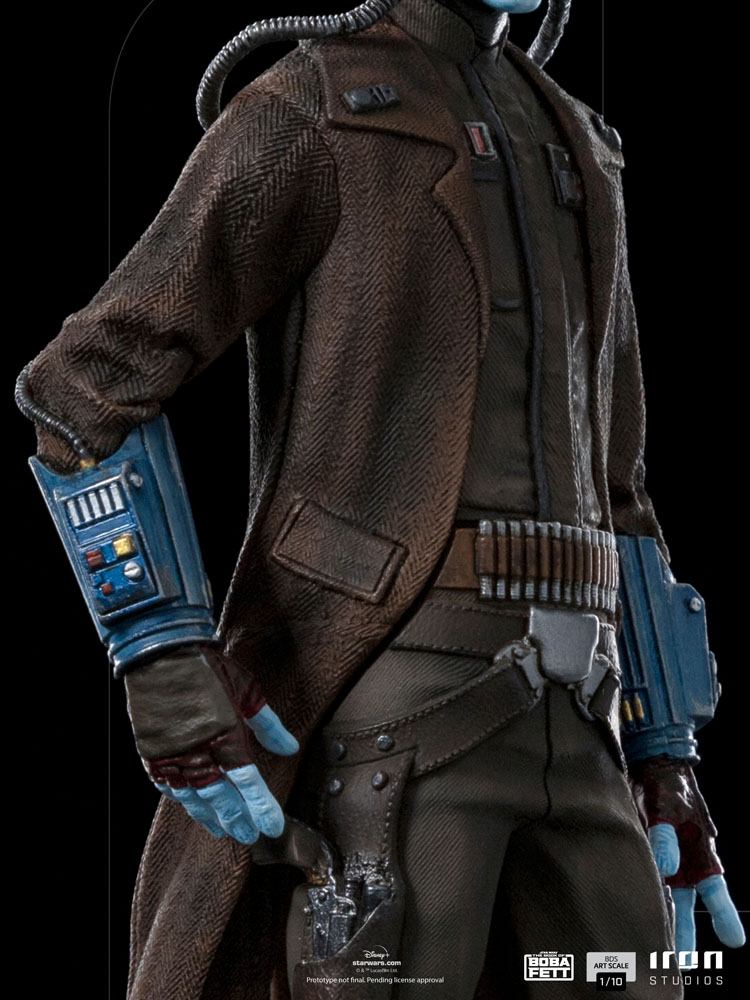 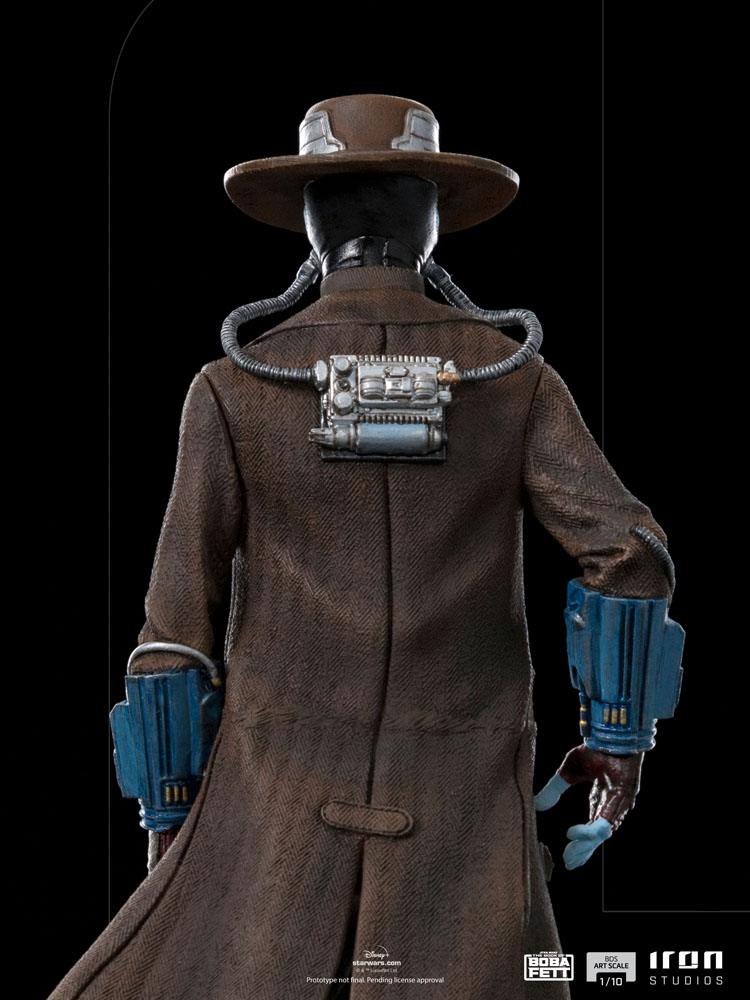 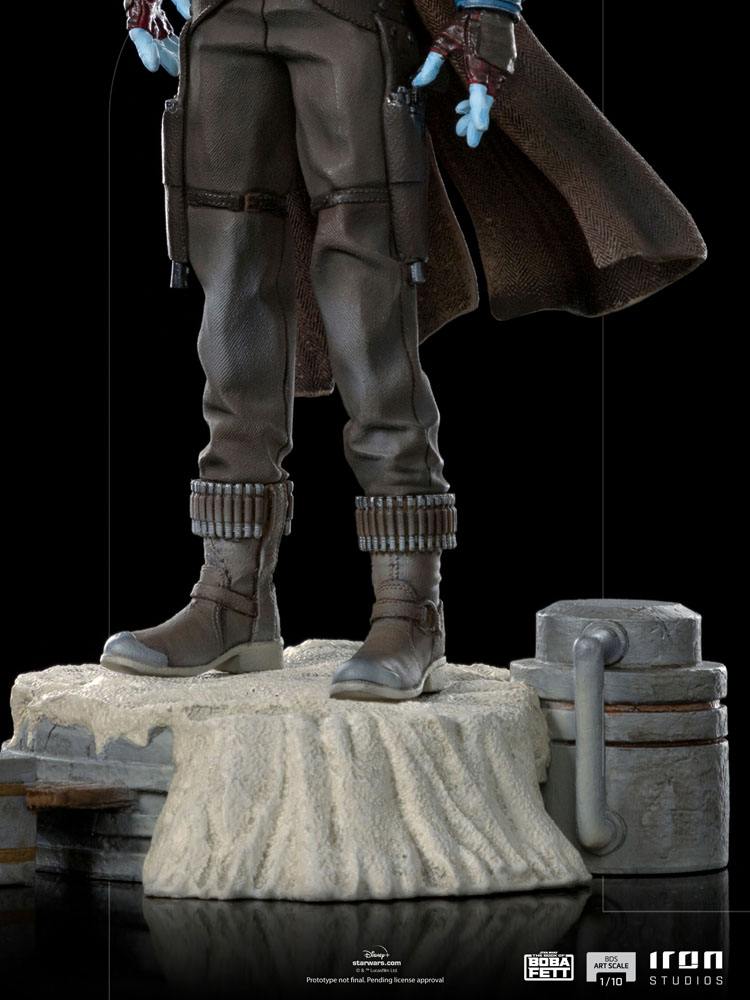 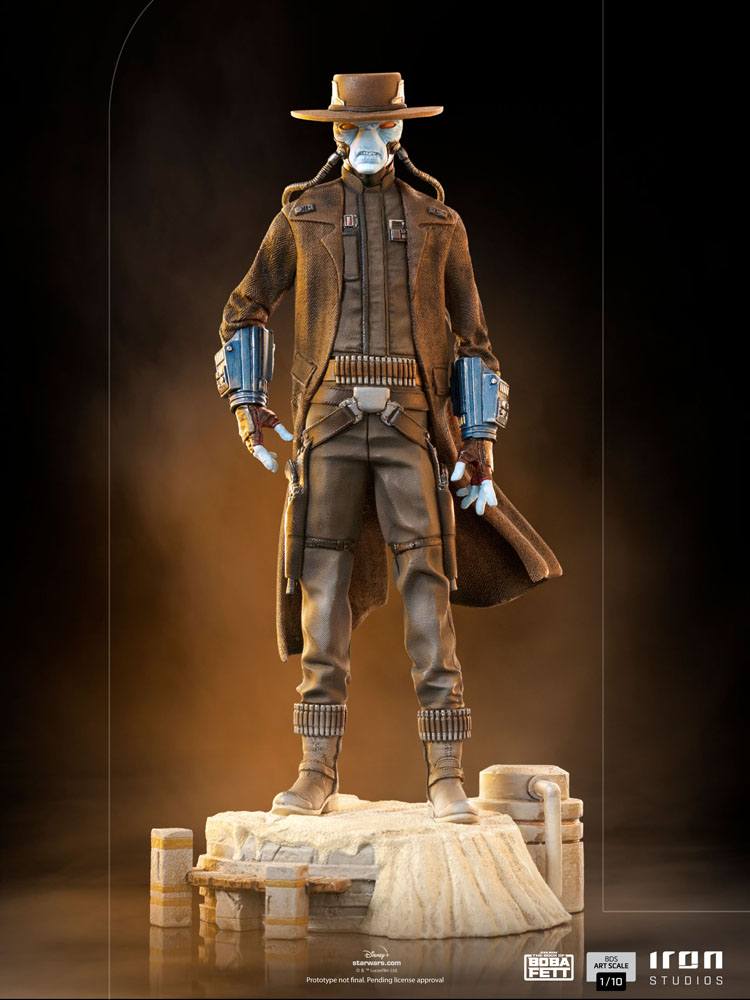 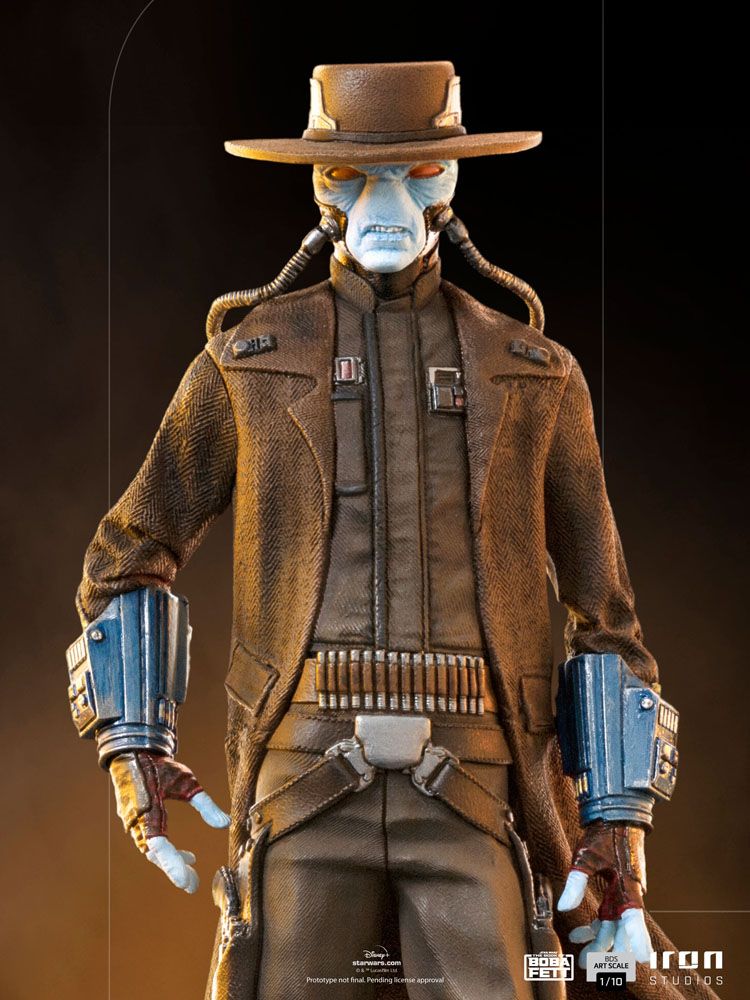 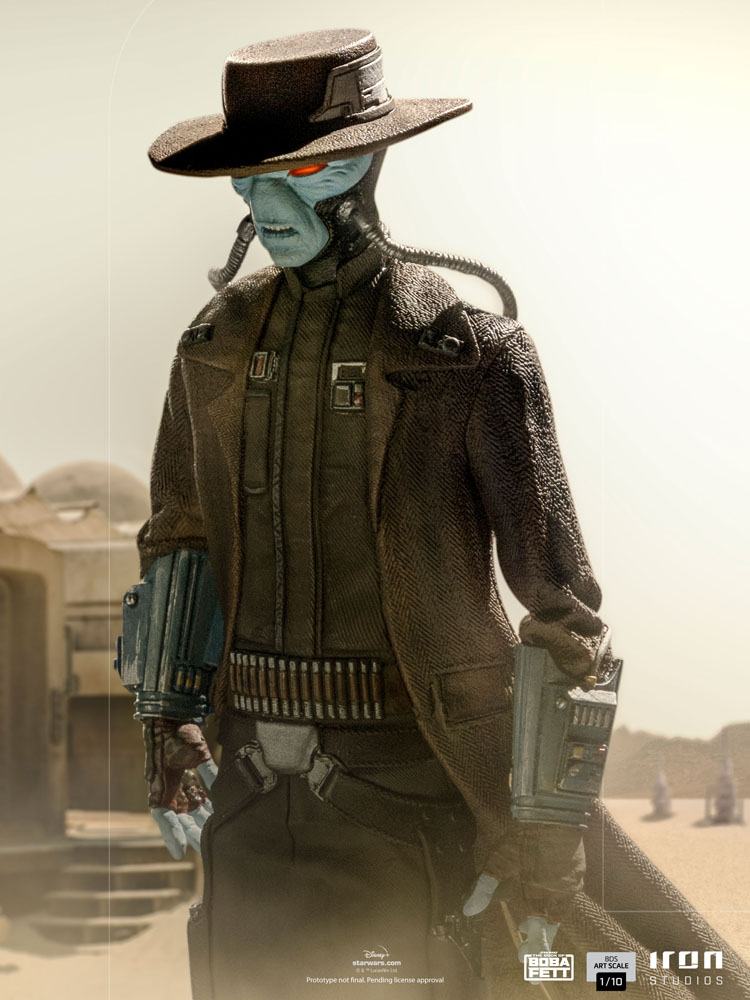 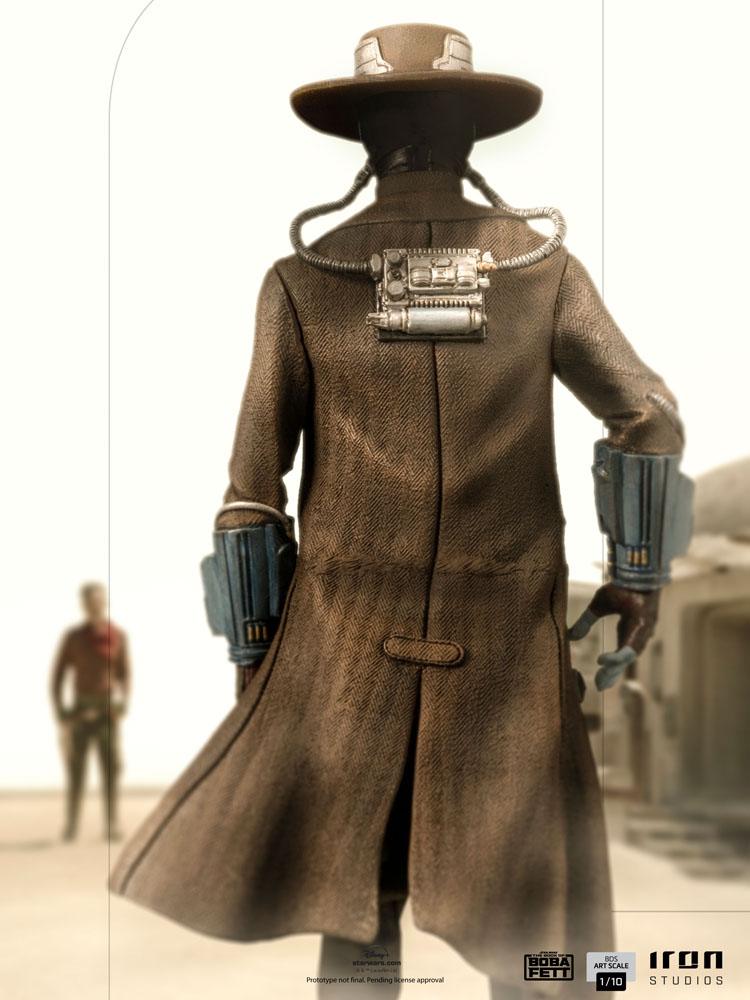 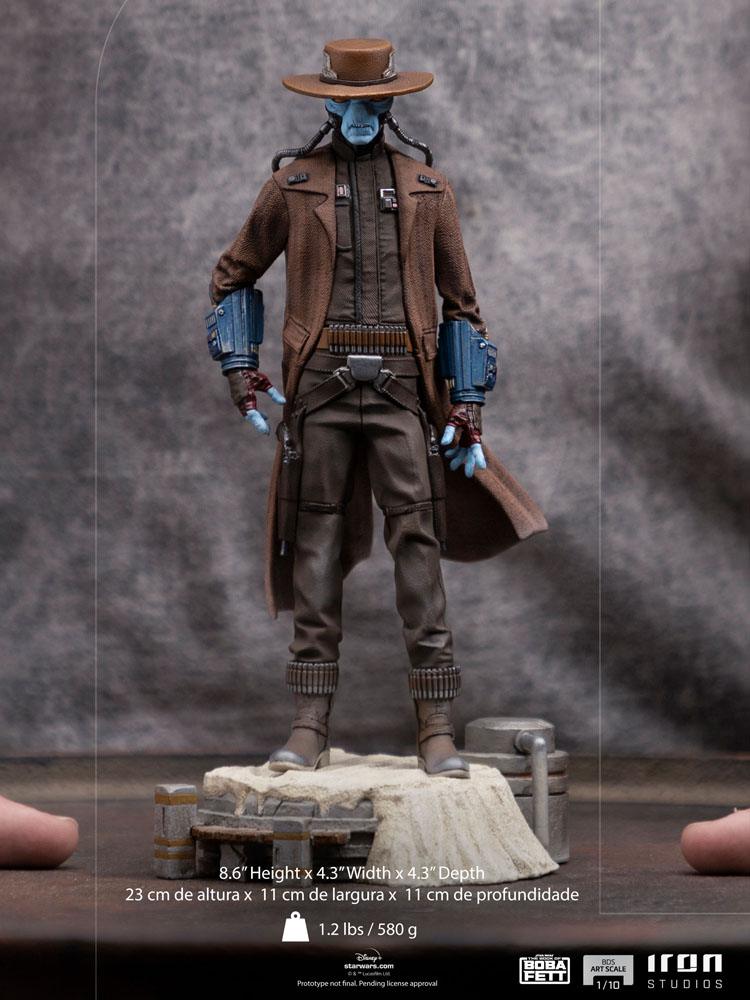 Walking on the scorching sands of the barren desert from planet Tatooine, at the gates of the city of Freetown, just like an American Old West gunslinger, a sinister and slender figure with cruel red eyes under his characteristic wide-brimmed fedora, wearing a brown overcoat, positions his skillful and fast hands, ready to draw his twin blaster pistols LL-30 from his belt holster, challenging the local sheriff Cobb Vanth for a duel. In the month of May, commemorating the Star Wars saga, Iron Studios proudly present their statue “Cad Bane – The Book of Boba Fett – Art Scale 1/10”, with the relentless mercenary and bounty hunter inspired by the iconic scene from the sixth episode of the series from the Disney+ streaming service “The Book of Boba Fett”, series derivative from “The Mandalorian” from the universe of Star Wars, where the character made its live-action premiere.

Native from the planet Duro, Cad Bane appeared for the first time in the Star Wars animated series from 2008: The Clone Wars, created by George Lucas, Dave Filoni, and Henry Gilroy, he’s a relentless bounty hunter employed by Empire villains and criminal organizations. Expert in the use of weapons and devices designed for fighting Jedis, after the death of Jango Fett he was considered the best and most experienced of his time. Although considered infamous, Bane had high respect both in the underworld and among other bounty hunters, working with Aurra Sing and dueling some of the most skillful Jedi, including Obi-Wan Kenobi and Anakin Skywalker. Mostly featured in Star Wars comics and videogames, and appearing in the animated series from 2021 “Star Wars: The Bad Batch”, he got his live-action version in “Chapter 6: From the Desert Comes a Stranger” from “The Book of Boba Fett”, where he was hired by the crime empire Pyke Syndicate to help them control the smuggling and trade of spices in Tatooine. Inspired by the gunslinger played by the actor Lee Van Cleef in the movie “The Good, the Bad, and the Ugly”, the character became one of the most popular and favorite bounty hunters for fans next to others like Boba
Fett and Jango Fett.