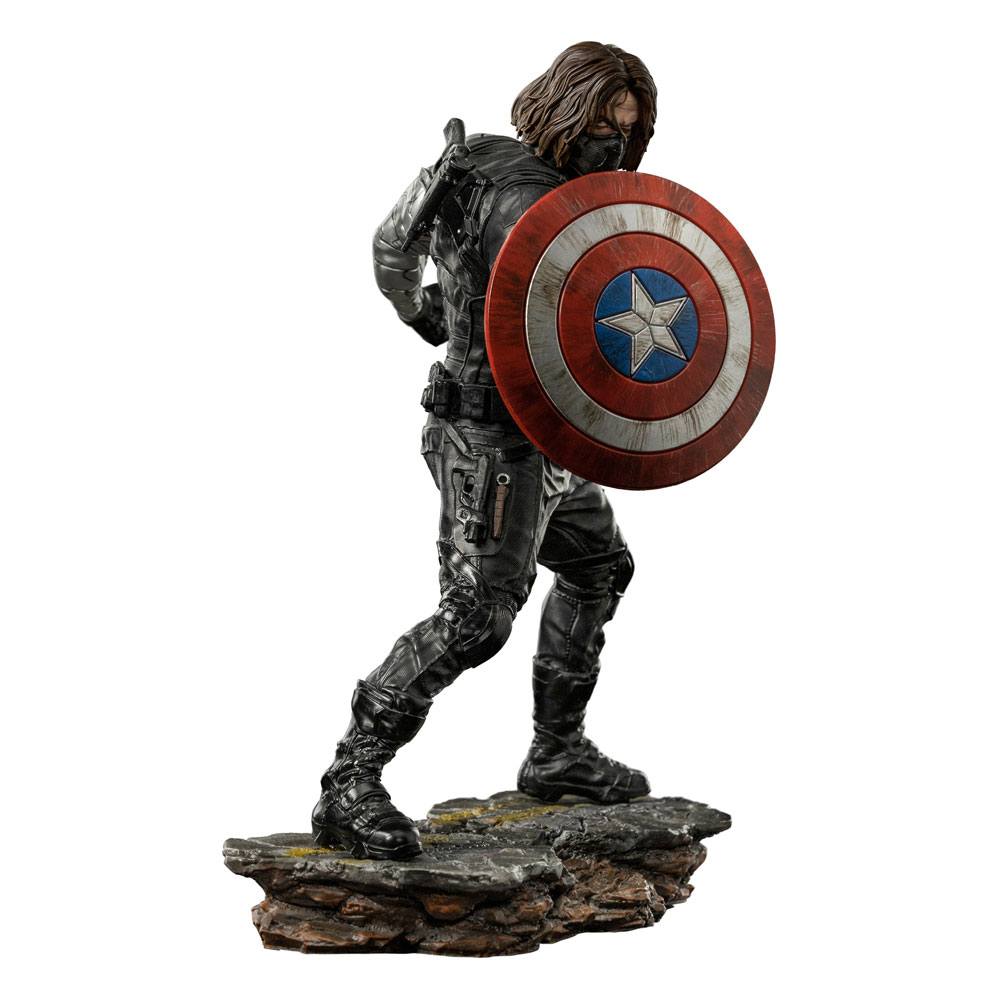 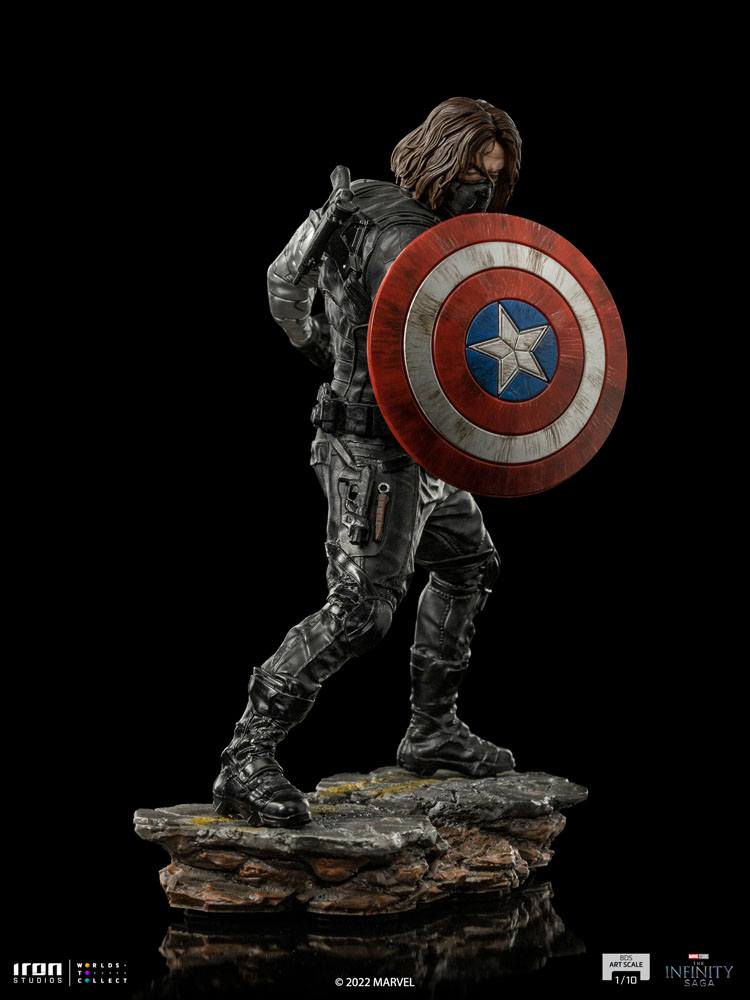 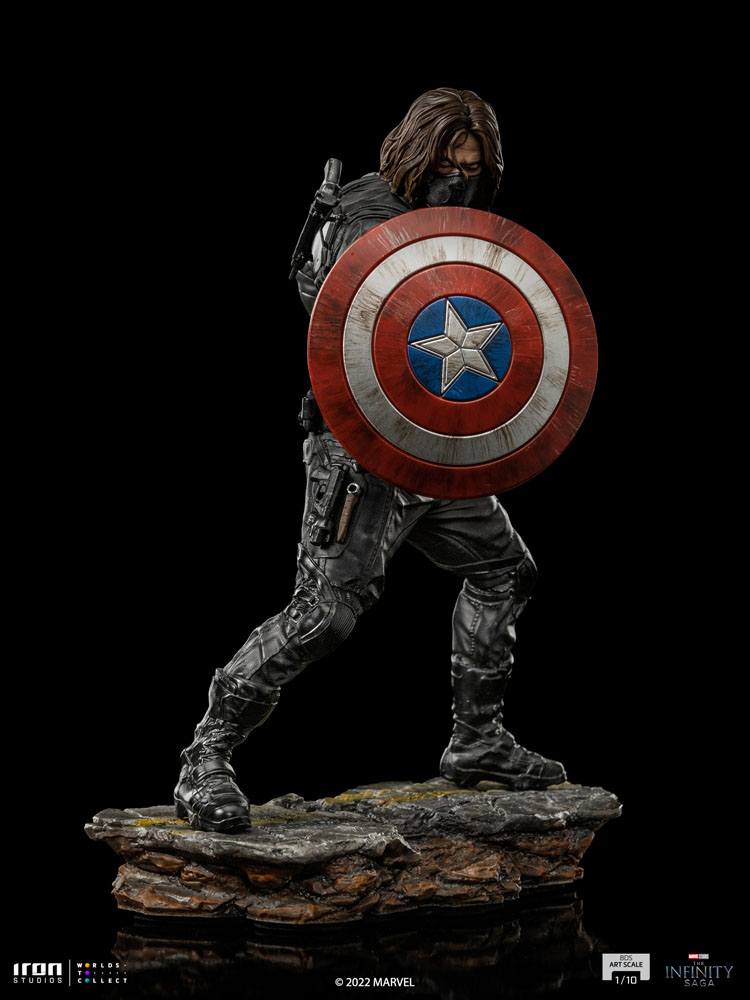 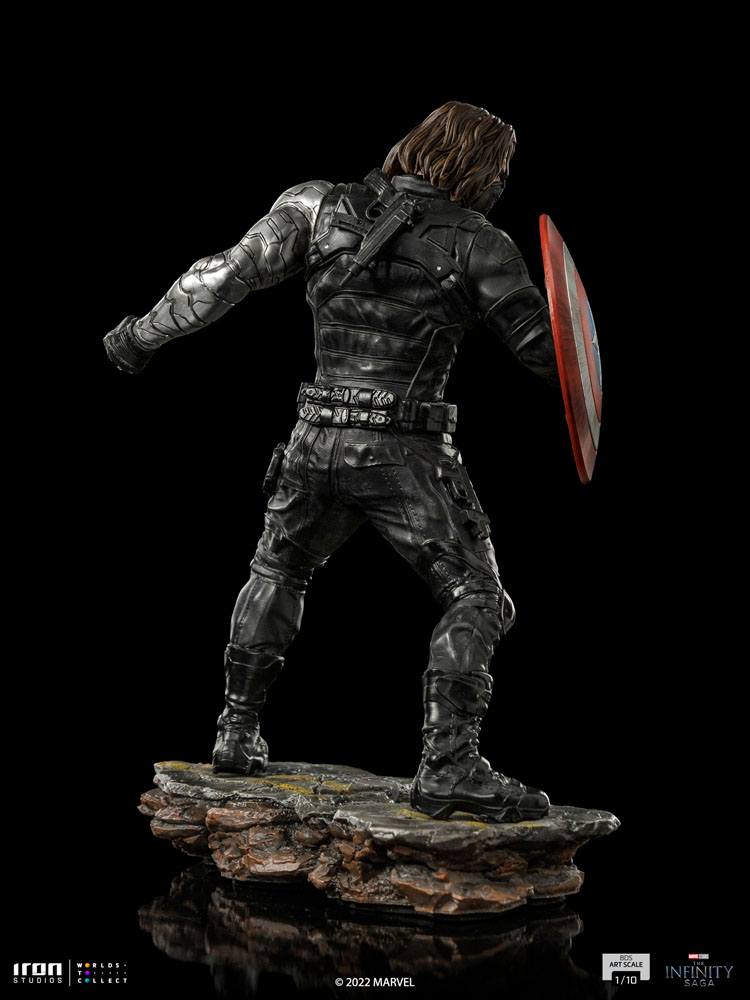 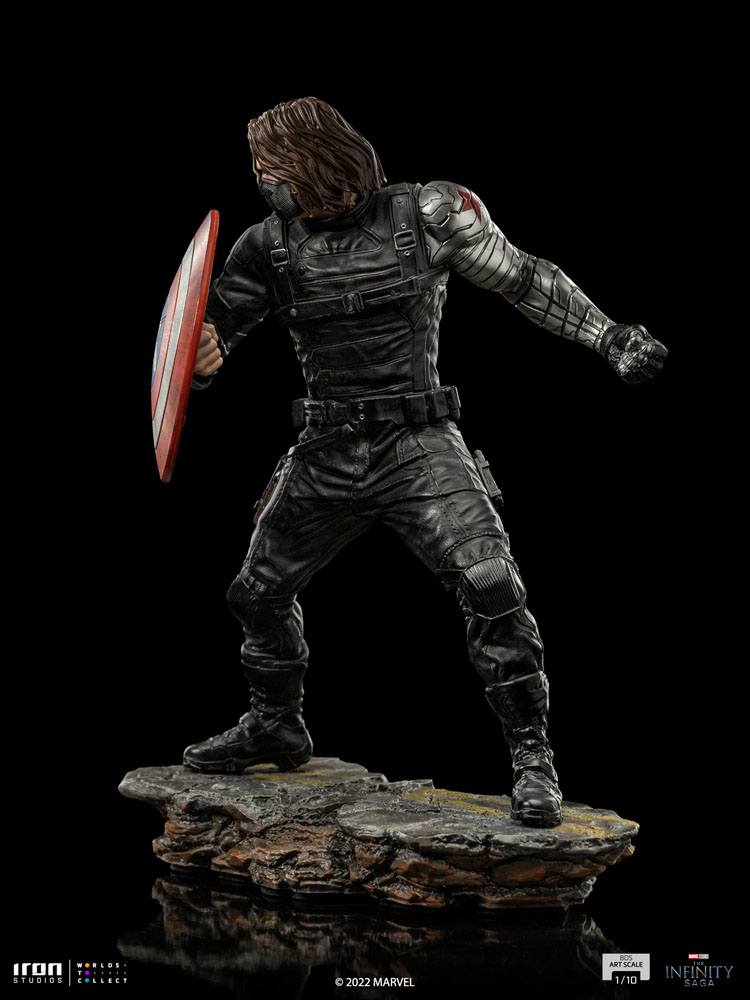 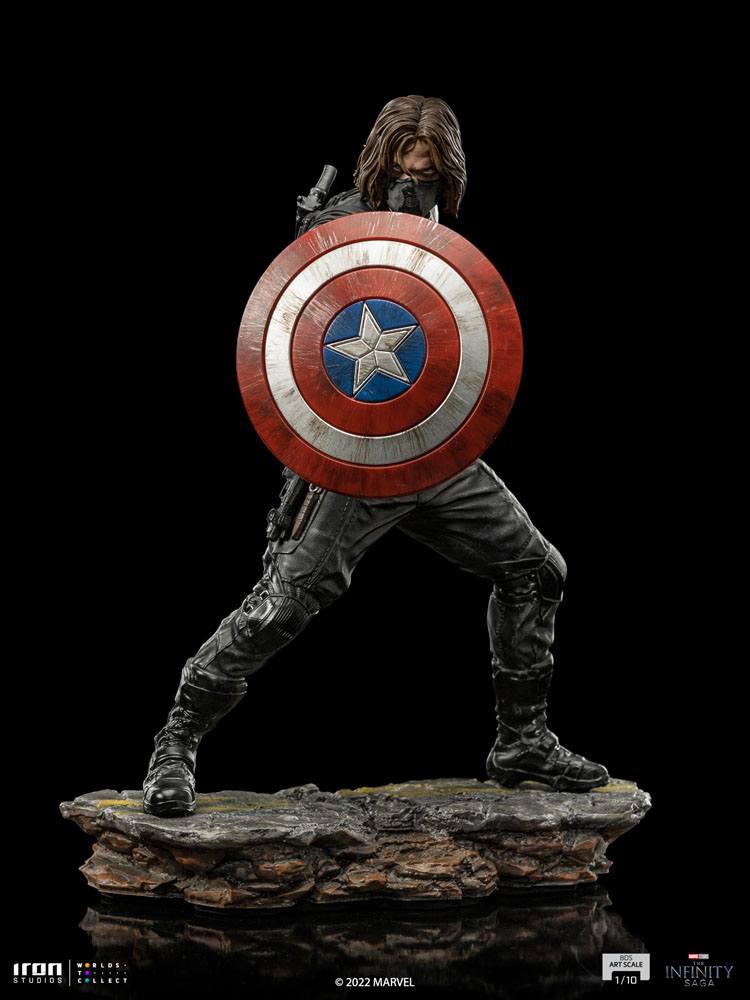 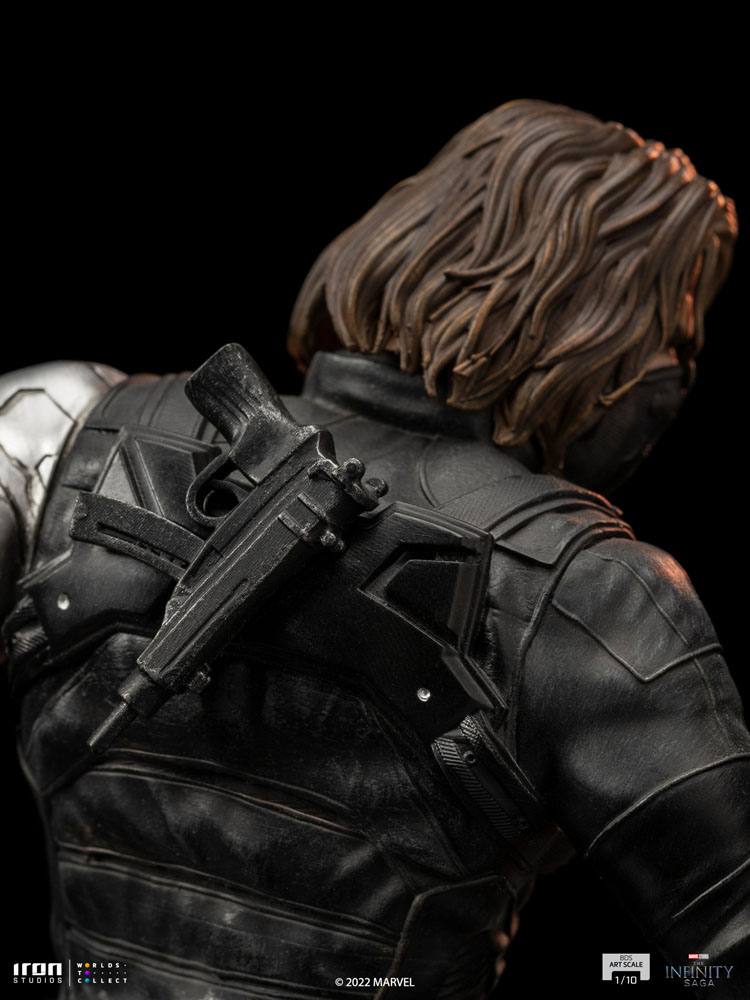 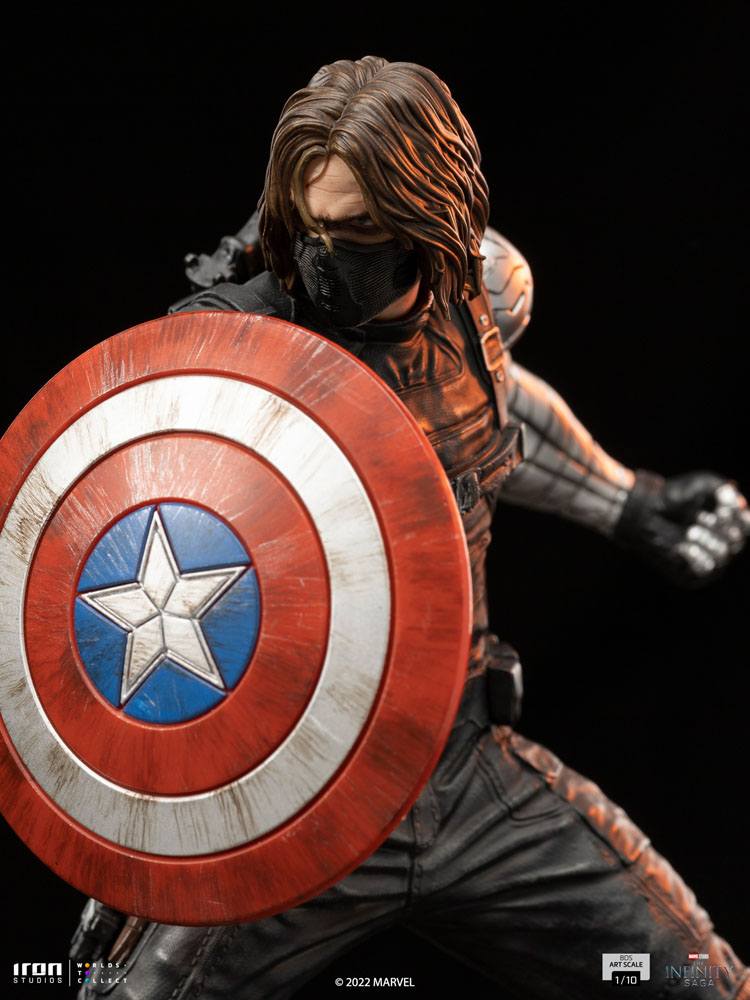 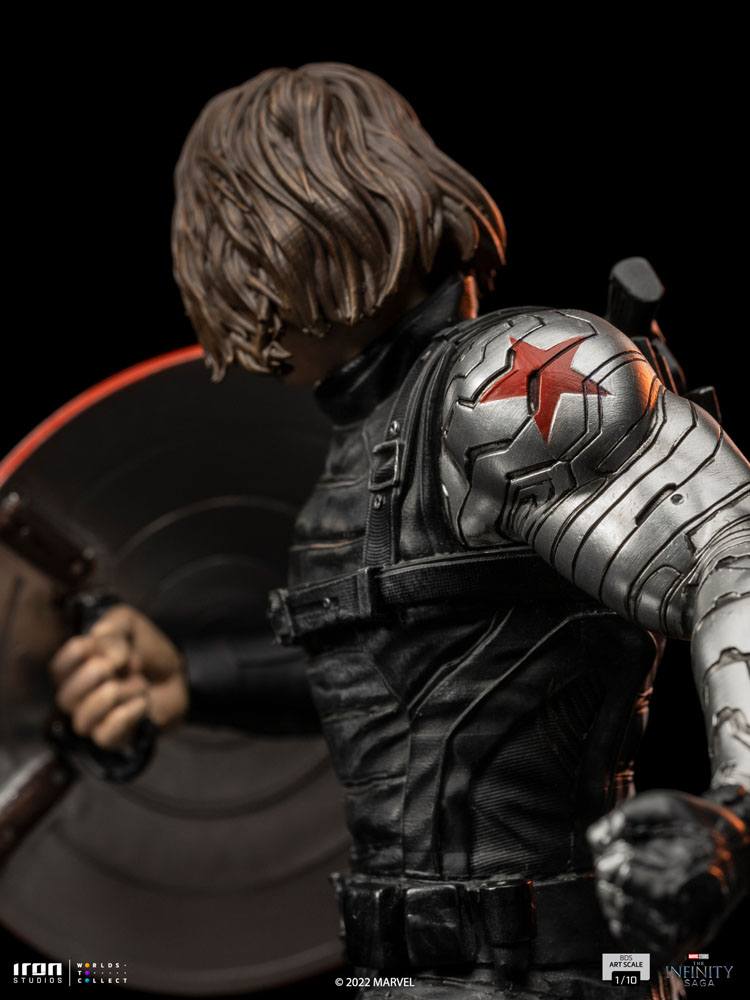 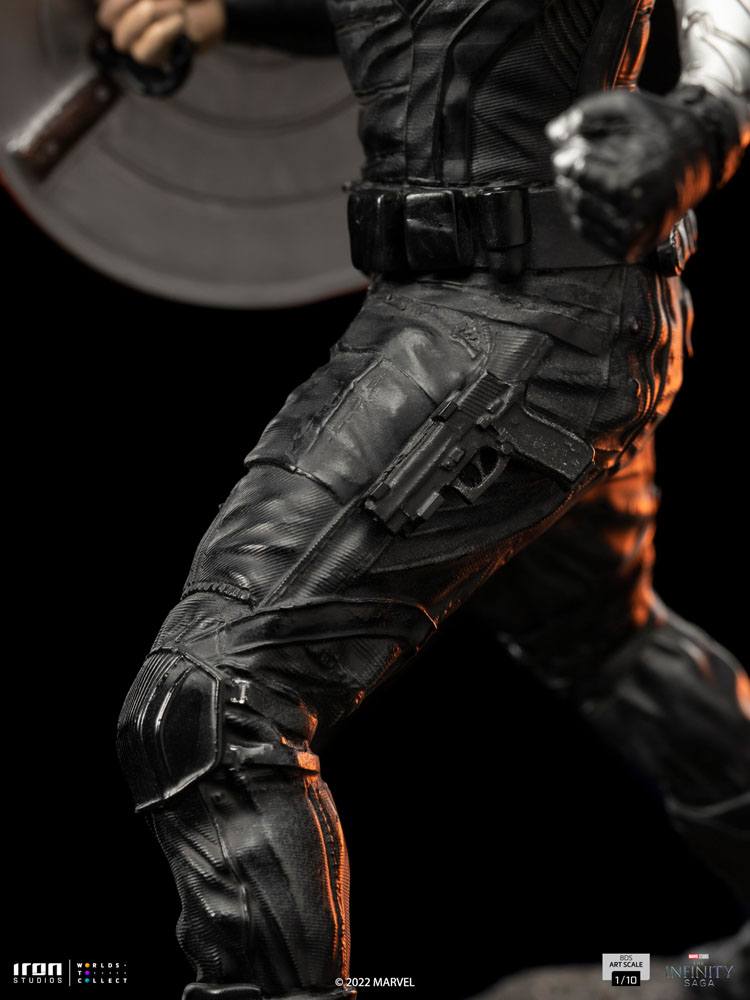 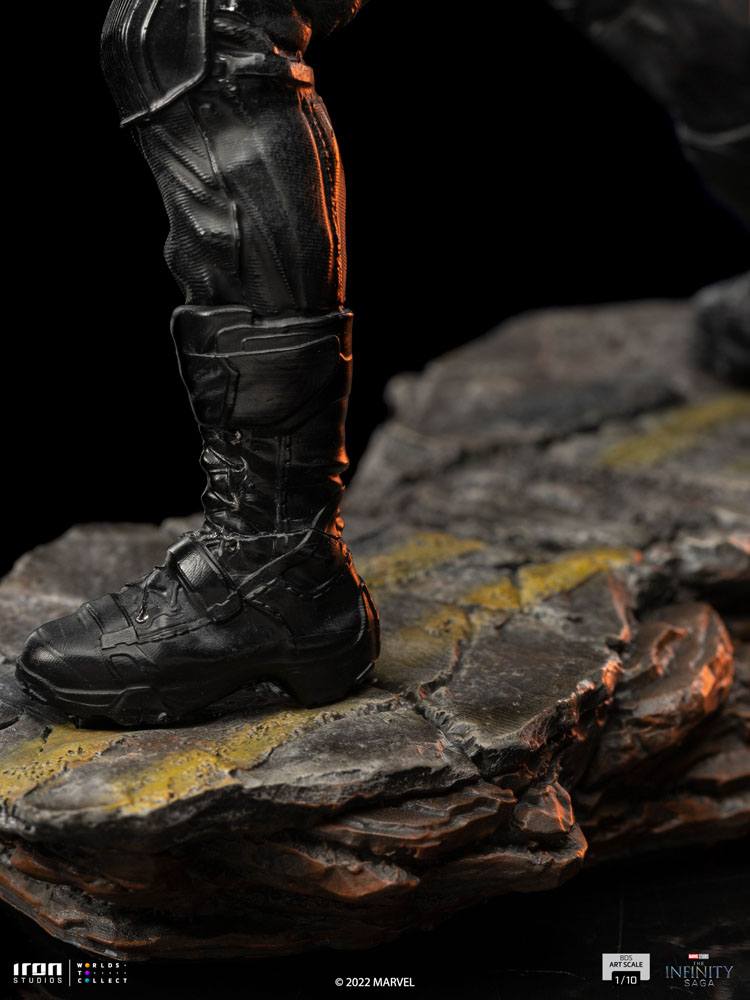 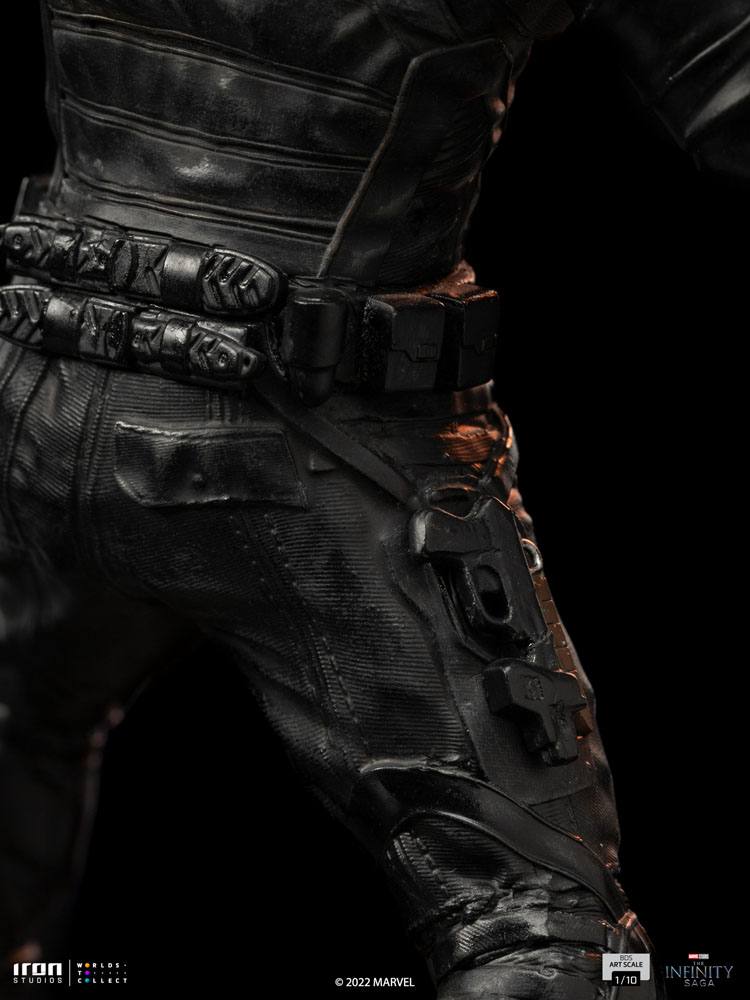 With his long hair and a half mask to hide his true identity from the world, the relentless and skilled warrior wields in his right arm the legendary shield from his old friend and ally, Captain America, while, ready for combat, closes the fist of his titanium bionic arm marked with the soviet red star. Using a black tactic suit, built with an alloy of Nomex fabric and Kevlar fiber, and carrying a wide range of weapons for battle, attached to his uniform in custom-tailored holsters, after surviving his apparent death he returned as a living weapon, having his memories and identity erased, and a complete lack of consciousness that transformed him into a new legend, brutal and relentless in his missions. As part of The Infinity Saga line, that brings new statues from MCU’s most iconic characters, Iron Studios present the statue “Winter Soldier BDS – The Infinity Saga – Art Scale 1/10”, replicating the first appearance in the movies of Steve Rogers’ old partner as Hydra’s fearsome agent.

A former officer of the 107th Infantry Regiment, and Steve Rogers’ best friend since their childhood, Sargent James Buchanan “Bucky” Barnes fought as Captain America’s partner and ally in World War II against HYDRA forces. Captured, he was used as a test subject, receiving a variant of the Super-Soldier Serum created by scientist Arnim Zola. Rescued by Rogers, he and Captain America created the group Howling Commandos, an elite combat unit to face Red Skull’s forces. Ambushed in the Austrian Alps, Bucky fell hundreds of feet from a train and was considered dead. However, his skills enhanced by Zola’s serum enabled him to survive, even with the loss of his left arm. Captured by Hydra forces in the Soviet Union, he was brainwashed and armed with a new cybernetic arm, known as agent Winter Soldier. For 50 years, he was used as an assassin by Hydra, being put in cryogenic stasis after each mission to guarantee his longevity. When he received the task to eliminate Nick Fury, he ended up being challenged by his old friend Steve Rogers, who little by little helped him remember his past life.