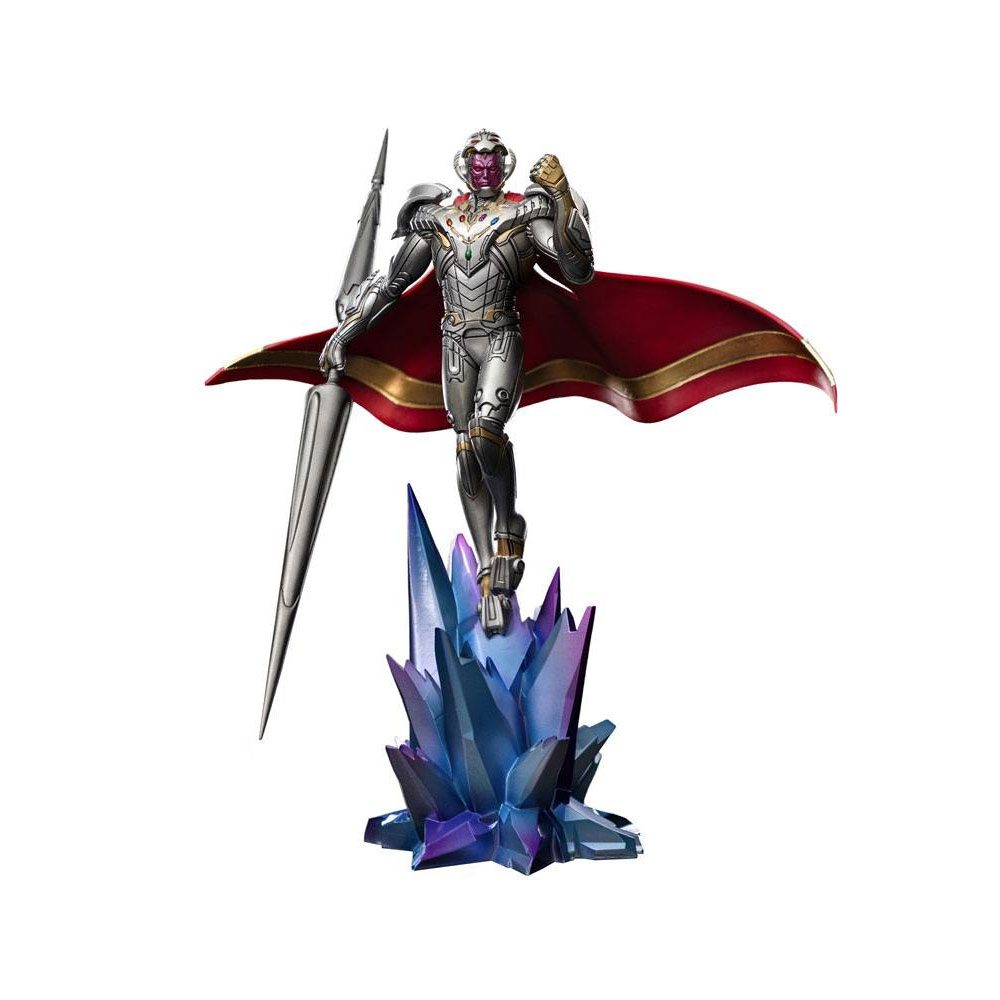 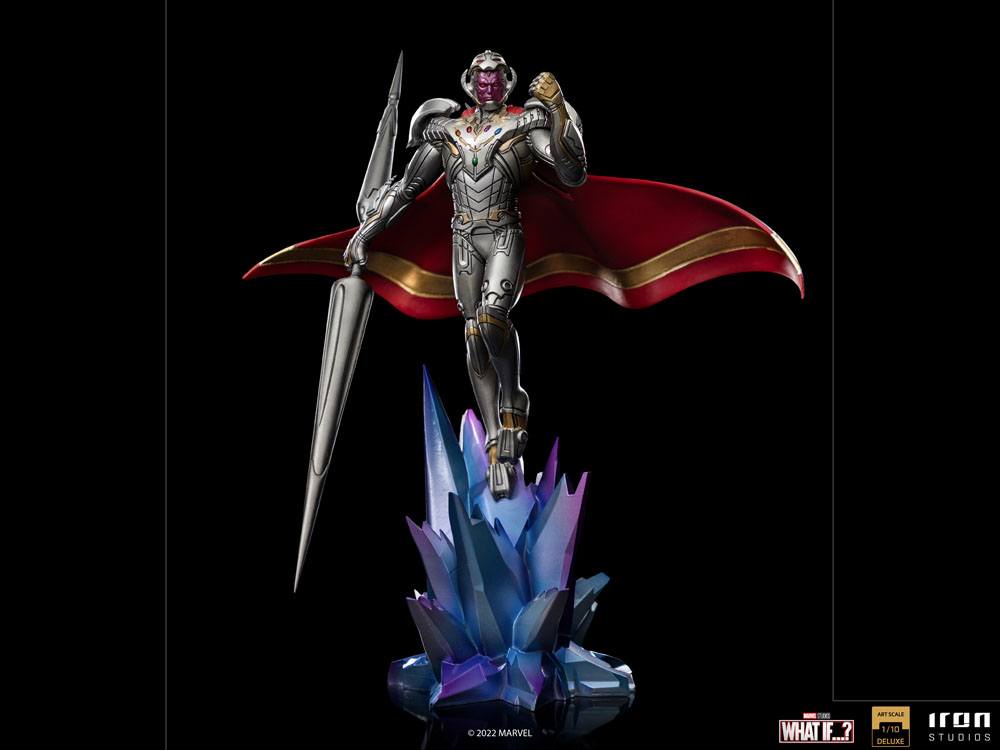 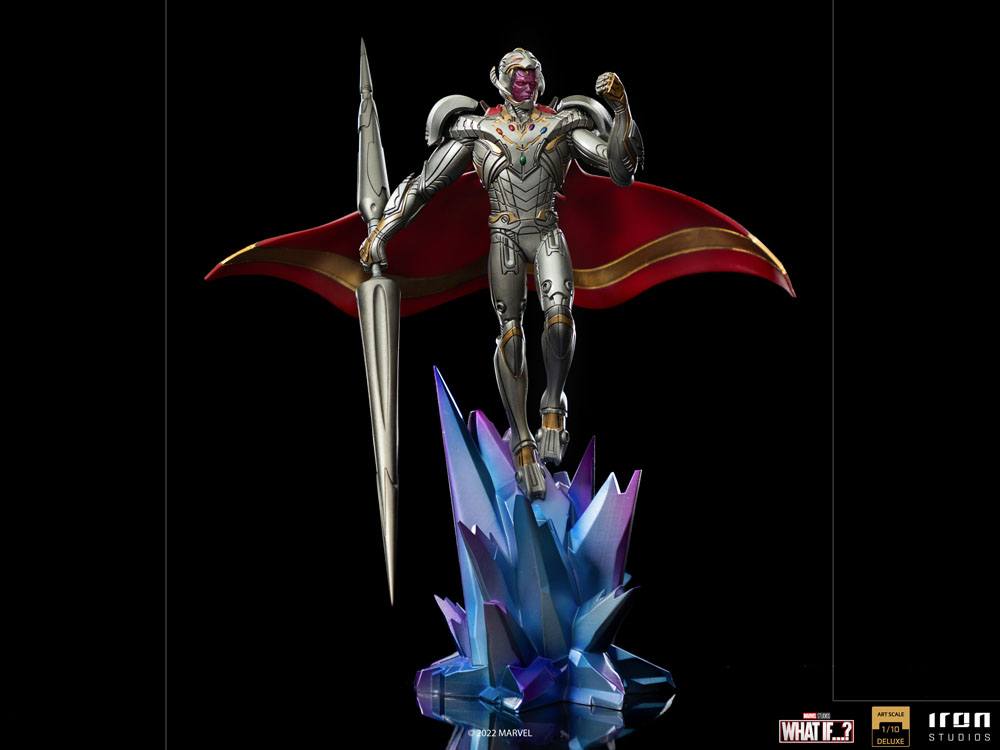 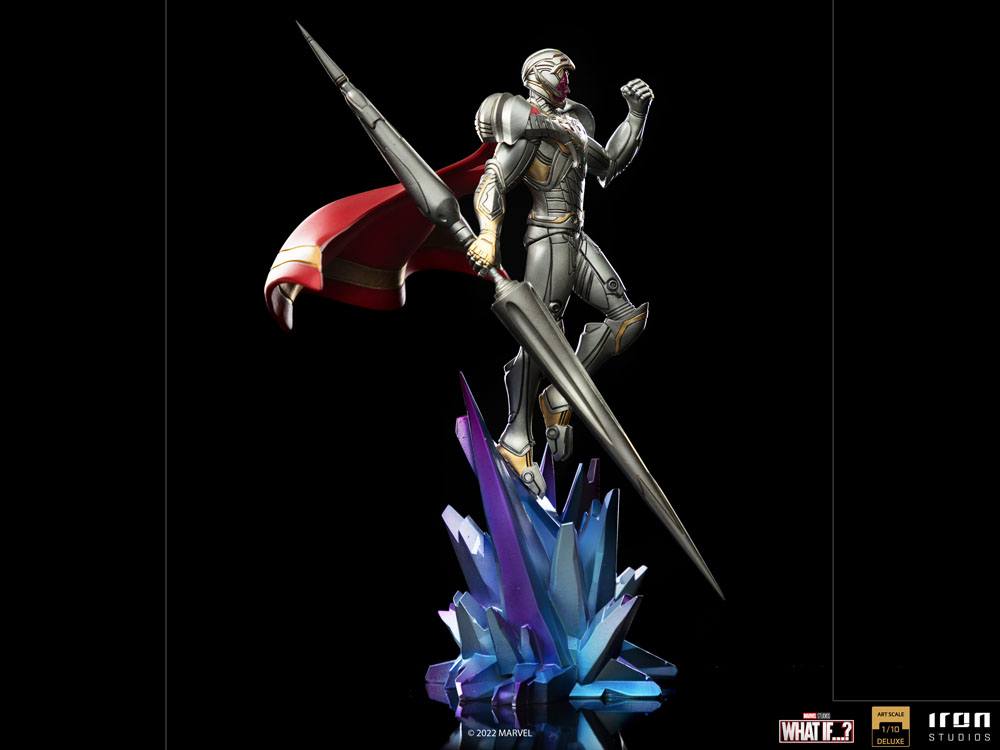 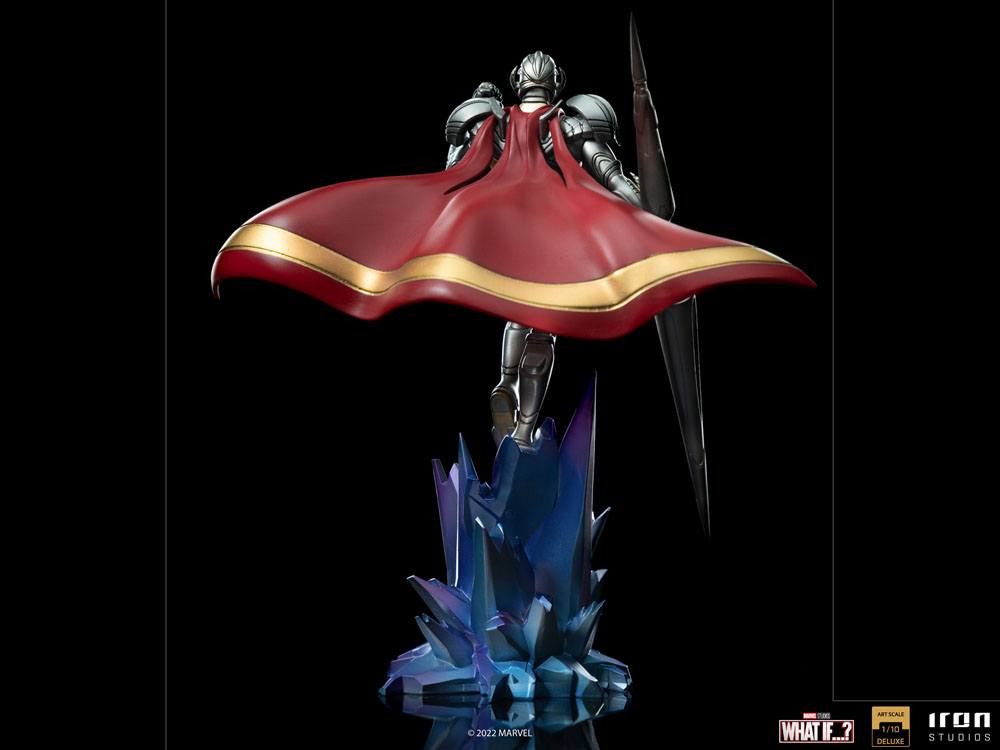 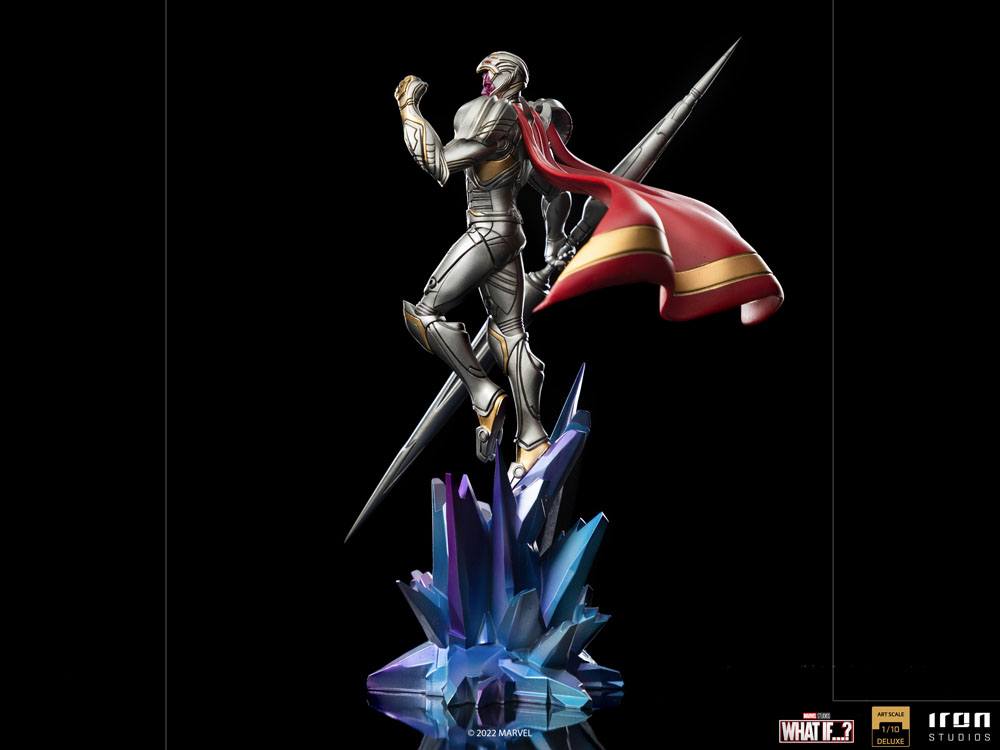 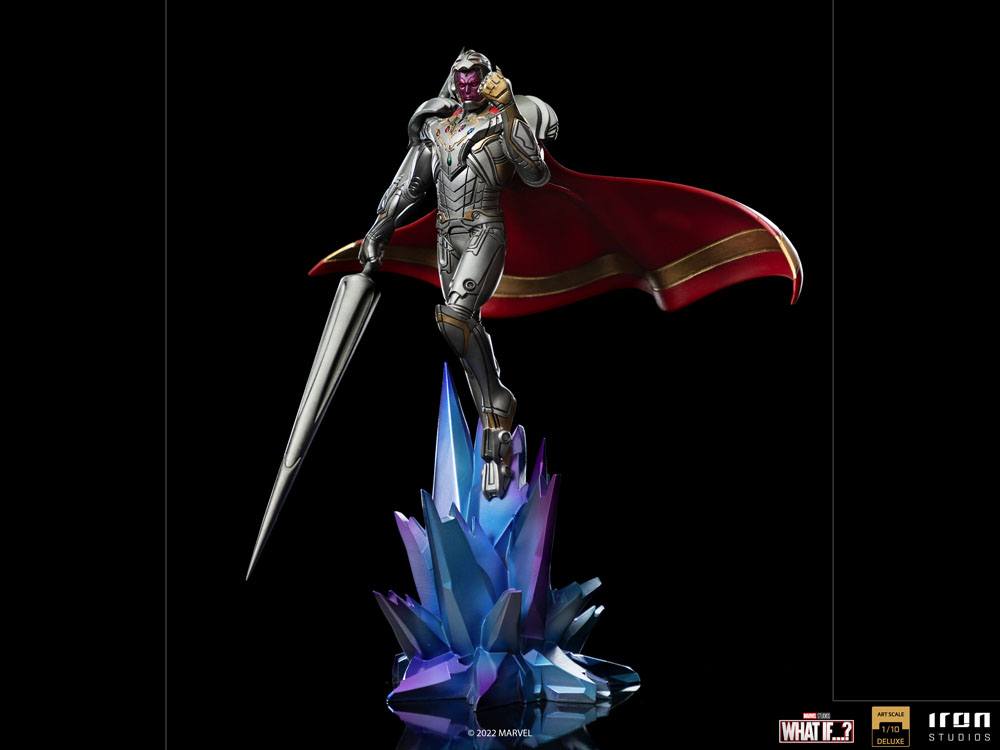 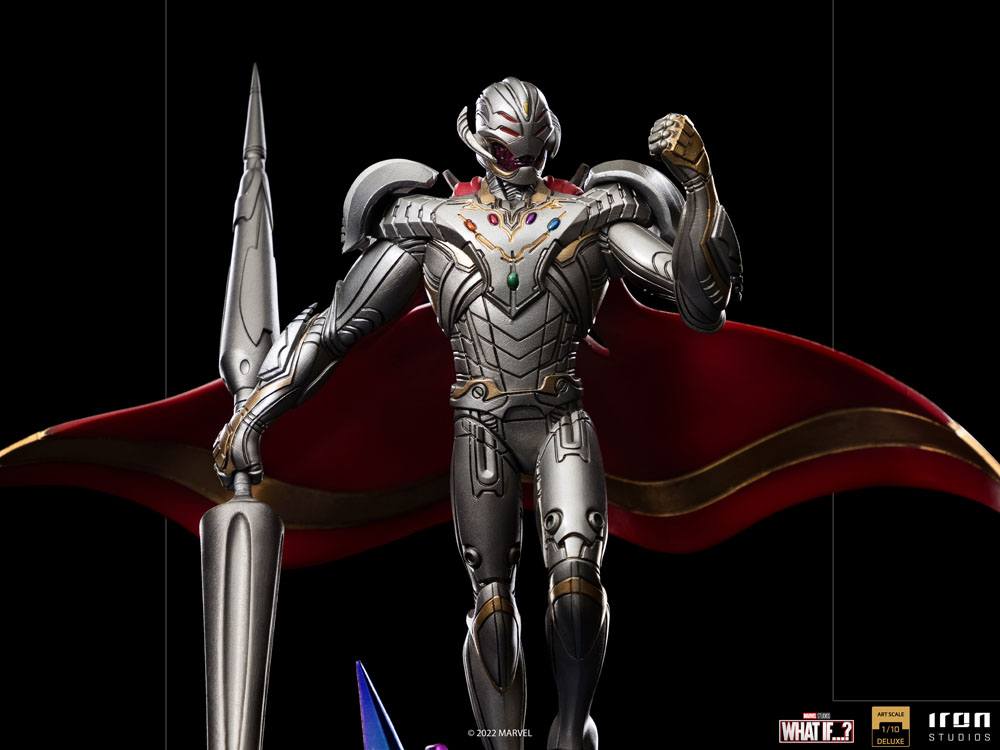 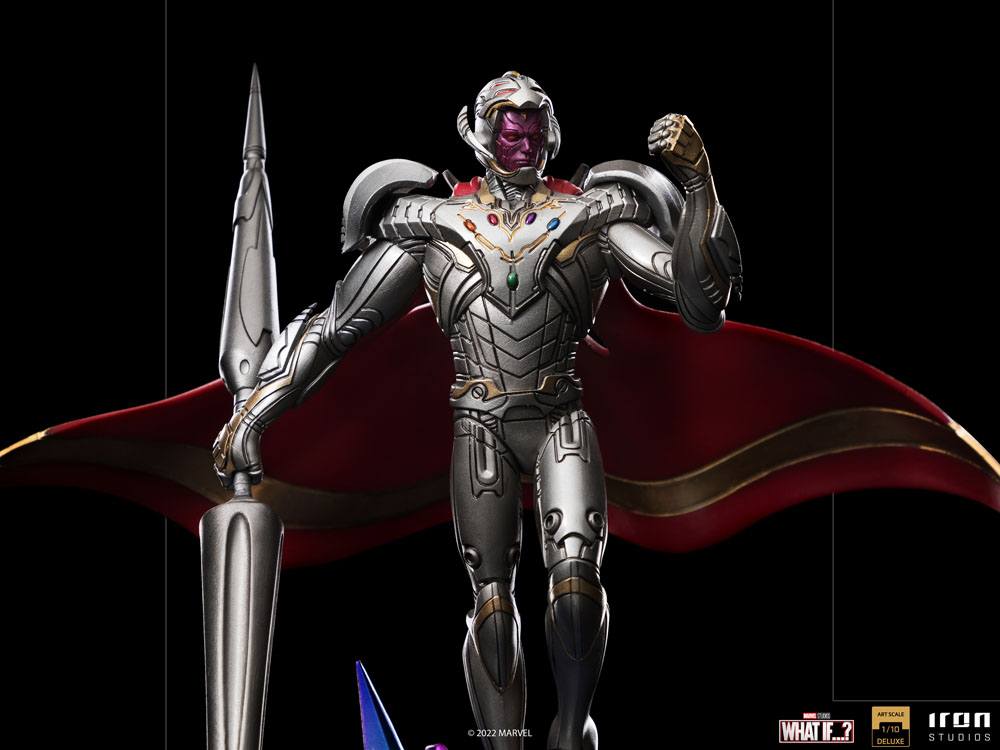 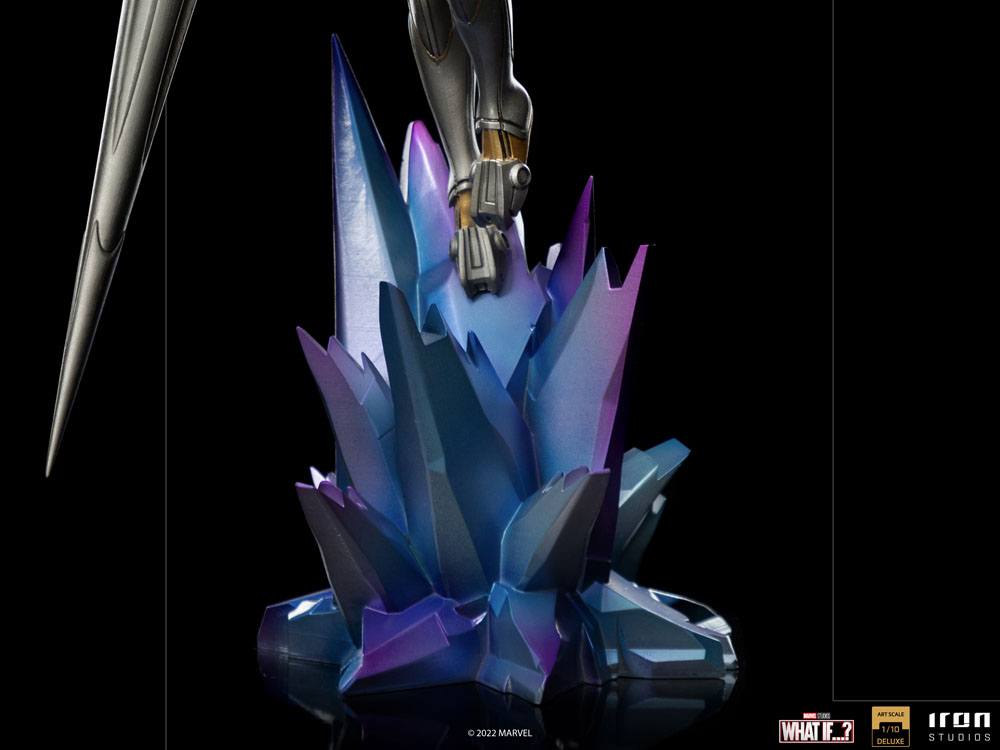 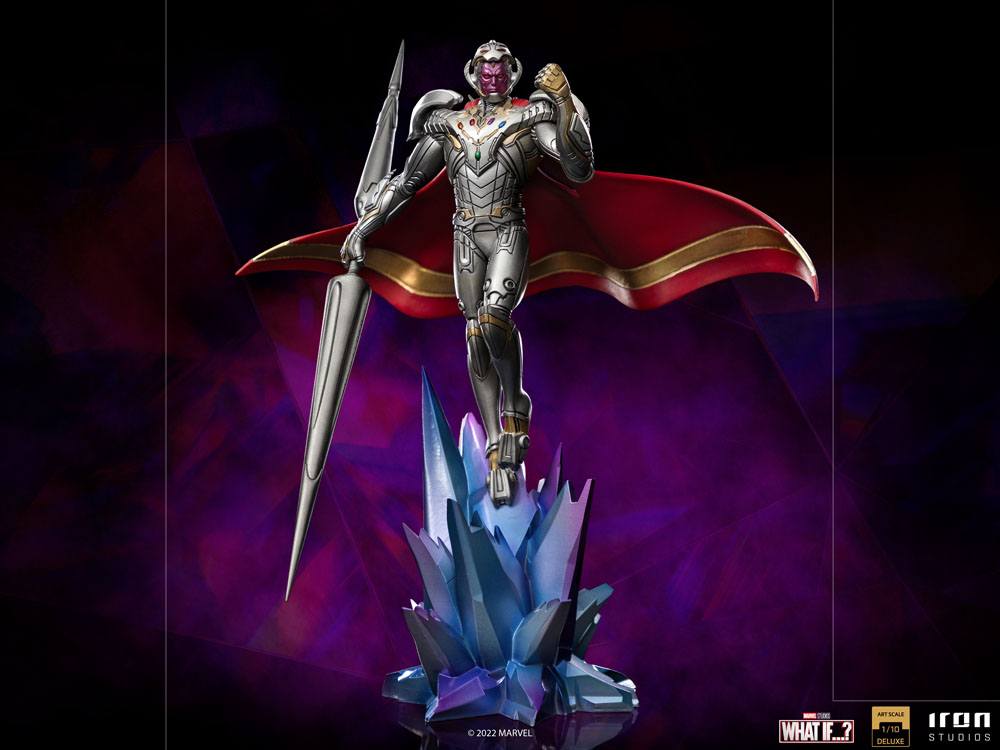 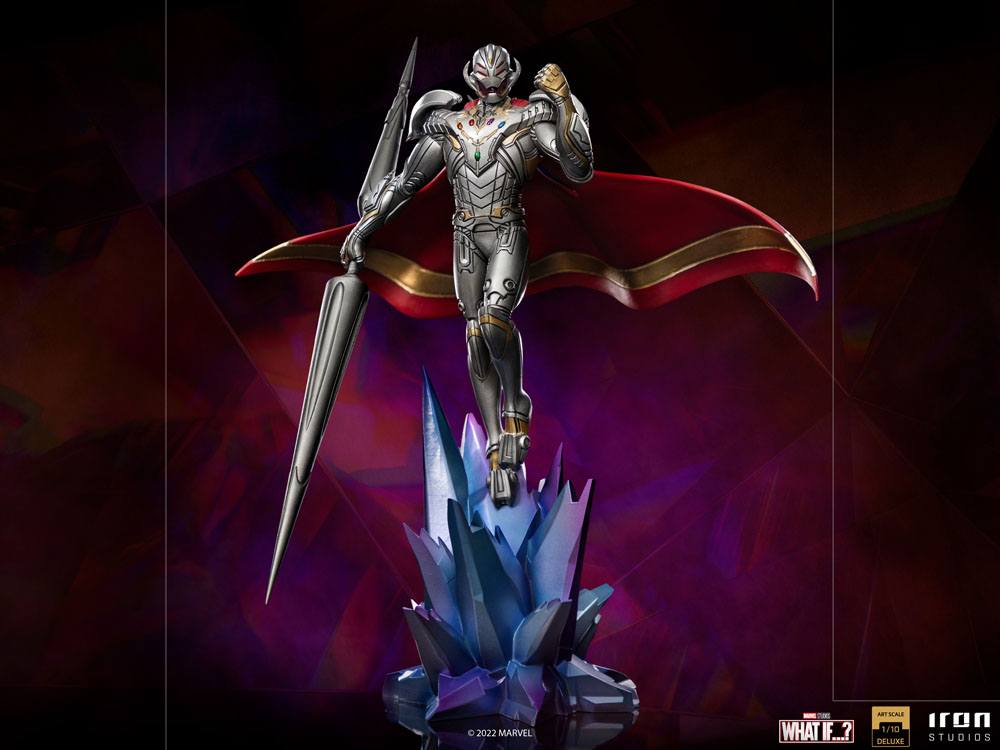 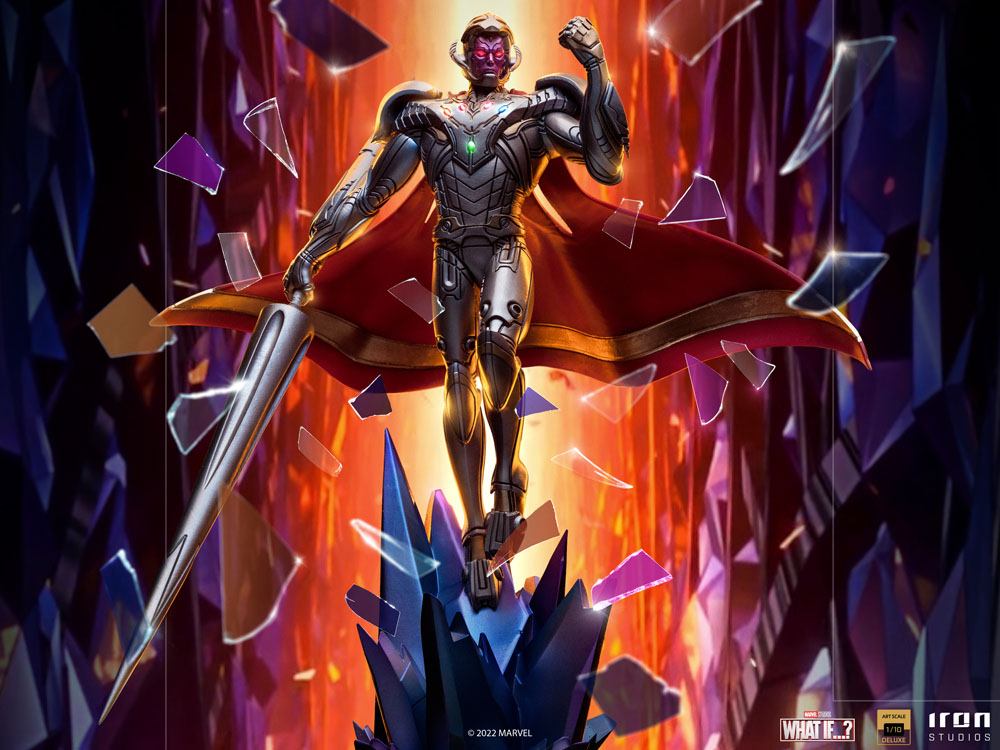 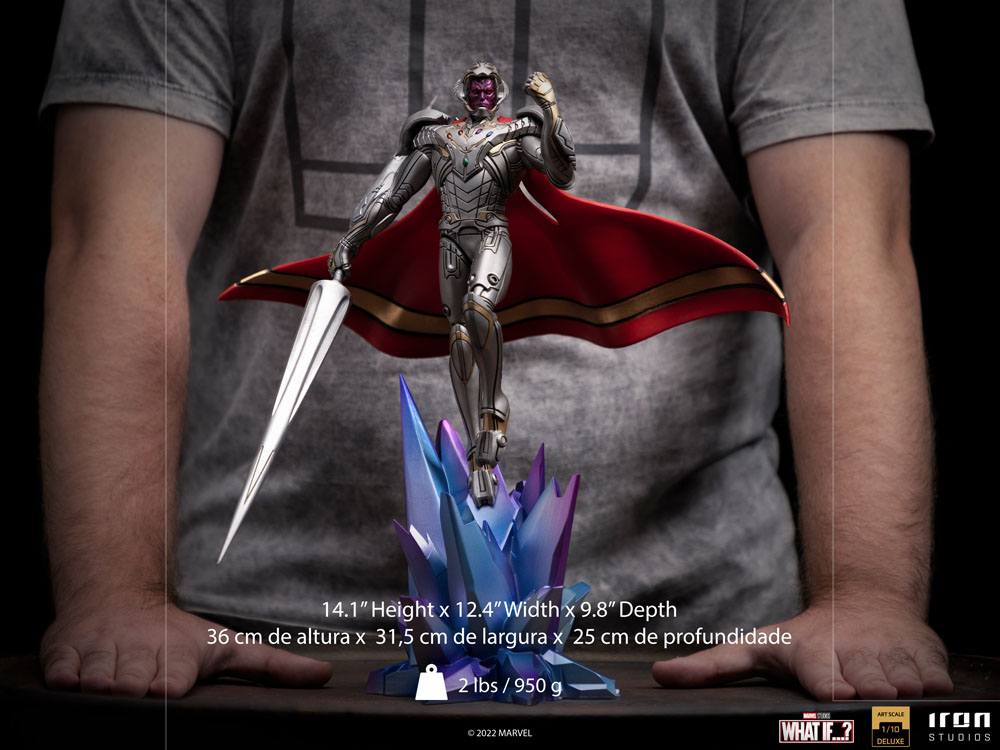 Just like a technological medieval knight on his universal crusade, the fearsome cyber tyrant brings five Infinity Stones integrated into the chest plate of his indestructible armor, in the form of an exoskeleton with a red cape, created with the power of the Mind Stone to hold the mighty gems and make it capable of channeling their energy. With his original mechanic head transformed into a helmet to cover the lilac face of his new hybrid android body, with the Mind Stone embedded on his forehead, and carrying his Double-Headed Spear in his right hand as his main physical weapon, the evil artificial being defiantly raises his left fist clenched, levitating over the bluish-purple crystals of the Mirror Dimension, ready to fulfill his mission of purging the chaos from every existing universe. Derivative from the animated series What If…? produced by Marvel Studios and released on Disney+, Iron Studios bring the statue “Infinity Ultron Deluxe – What If…? – Art Scale 1/10”, with the villain that became the biggest menace to all the different realities on Marvel’s multiverse.

Created by Tony Stark and Bruce Banner to protect Earth, the artificial intelligence known as Ultron, after observing humanity’s atrocities and conflicts, started to consider the human race as the biggest threat to peace in the world and, after inserting his conscience into a new synthezoid body that in Marvel’s regular timeline ended up being the Avenger Vision, in this alternate reality, Ultron enacted a nuclear genocide, killed Thanos and took the Infinity Stones. With such power, after destroying all sapient life in the universe, Ultron got lonely and without purpose to exist, but the combined power of the Stones made him capable of breaking the dimensional barriers in the Nexus of All Realities, becoming aware of The Watcher’s presence and the existence of the Multiverse. With the renewed objective of perpetuating his extermination in other realities, the villain forced The Watcher to violate his oath of never interfering, gathering a group of heroes from different universes to oppose Ultron.