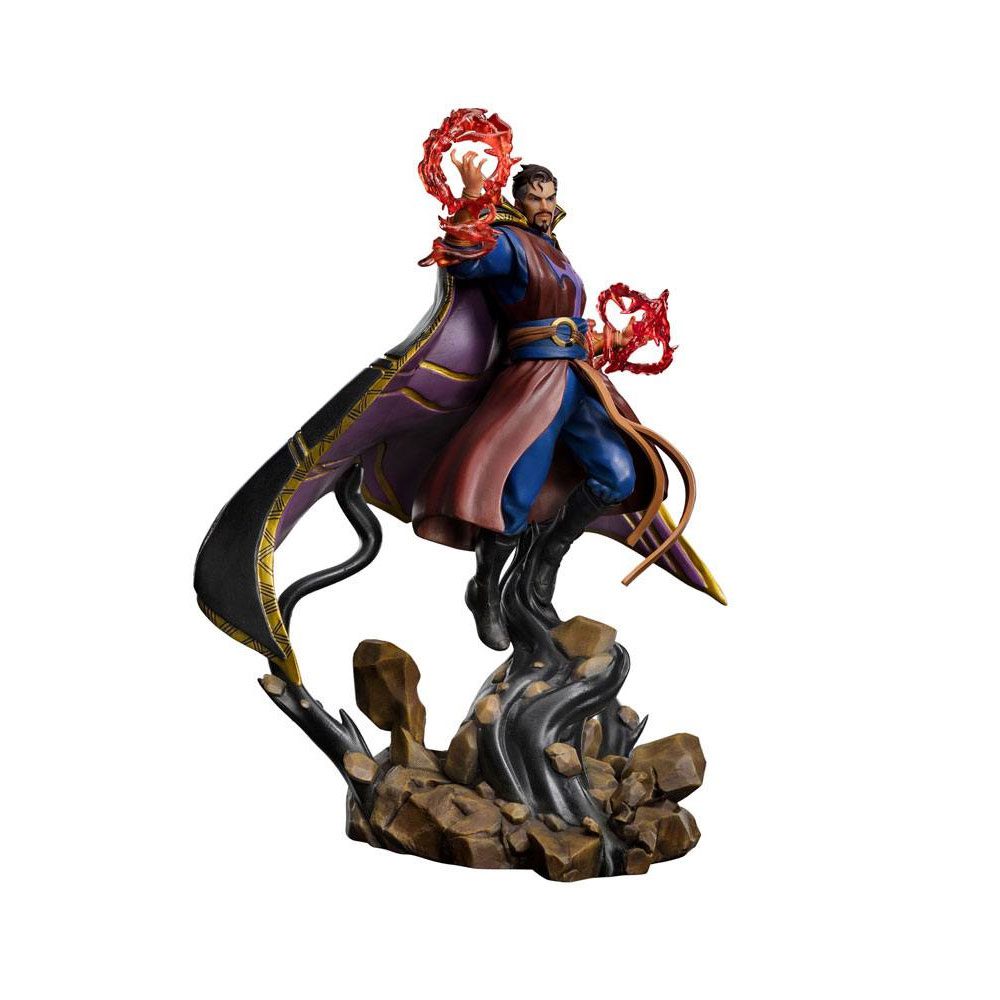 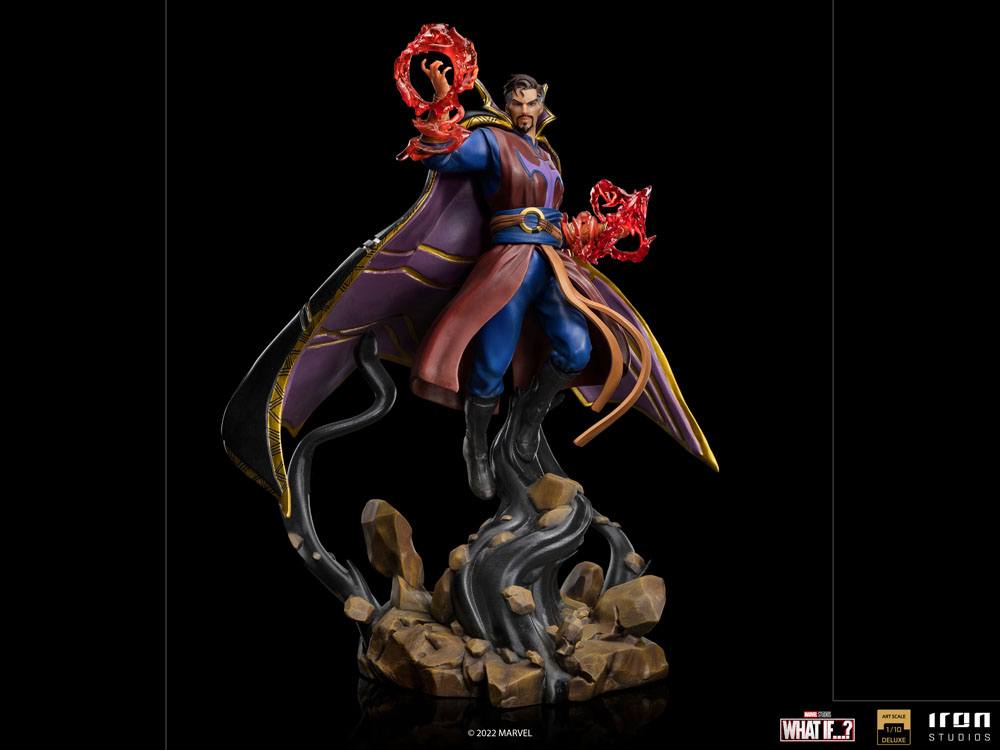 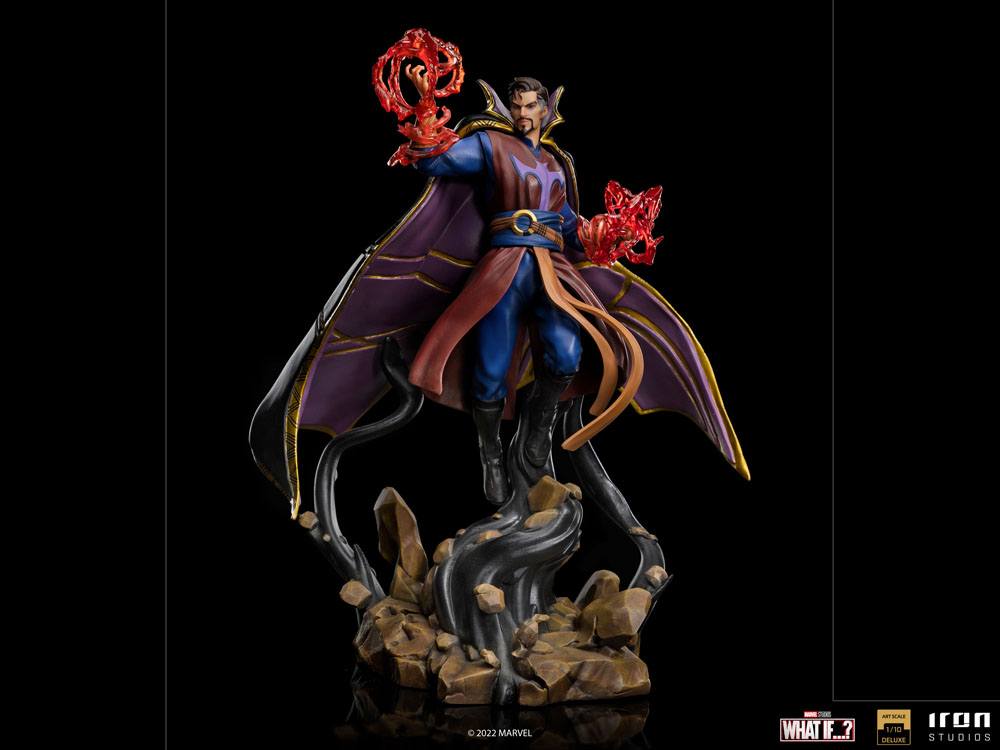 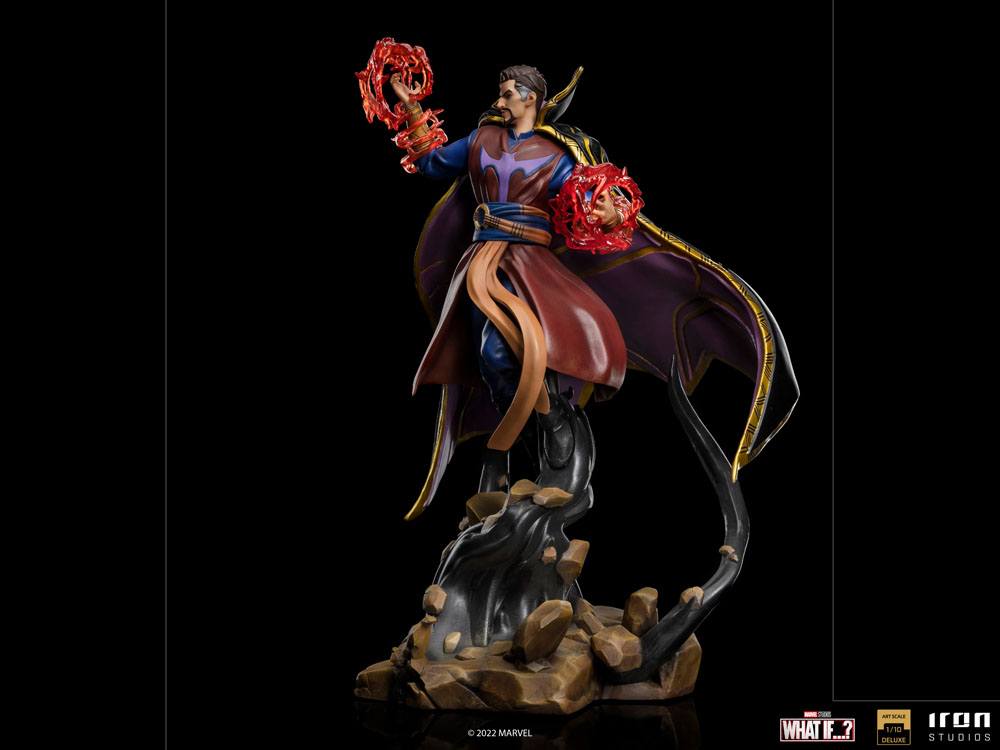 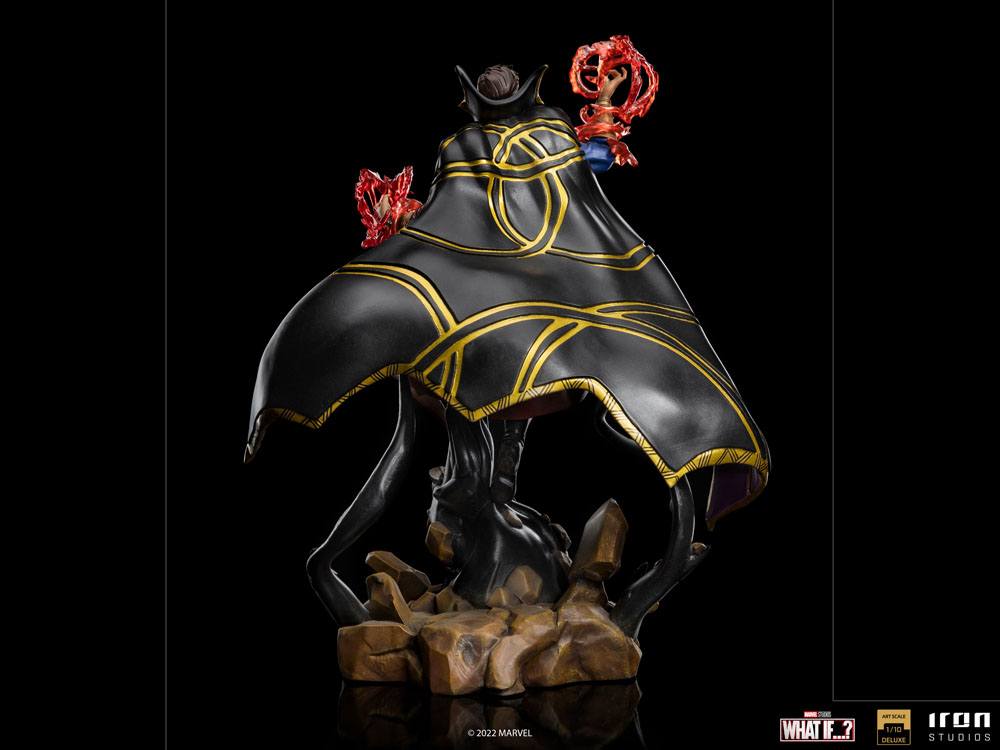 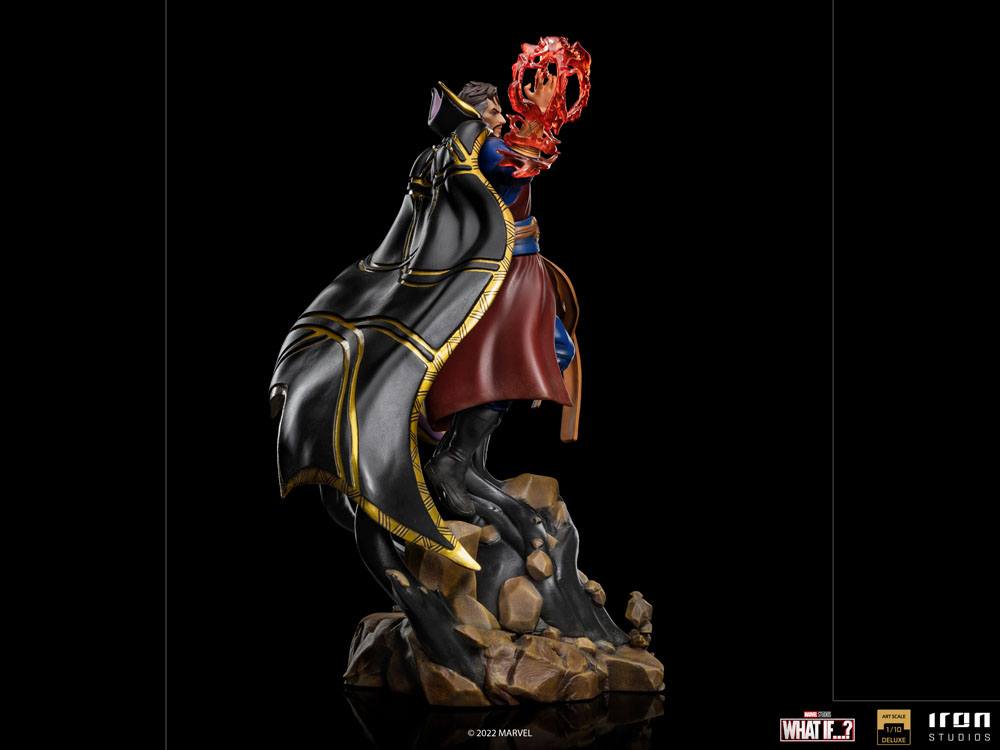 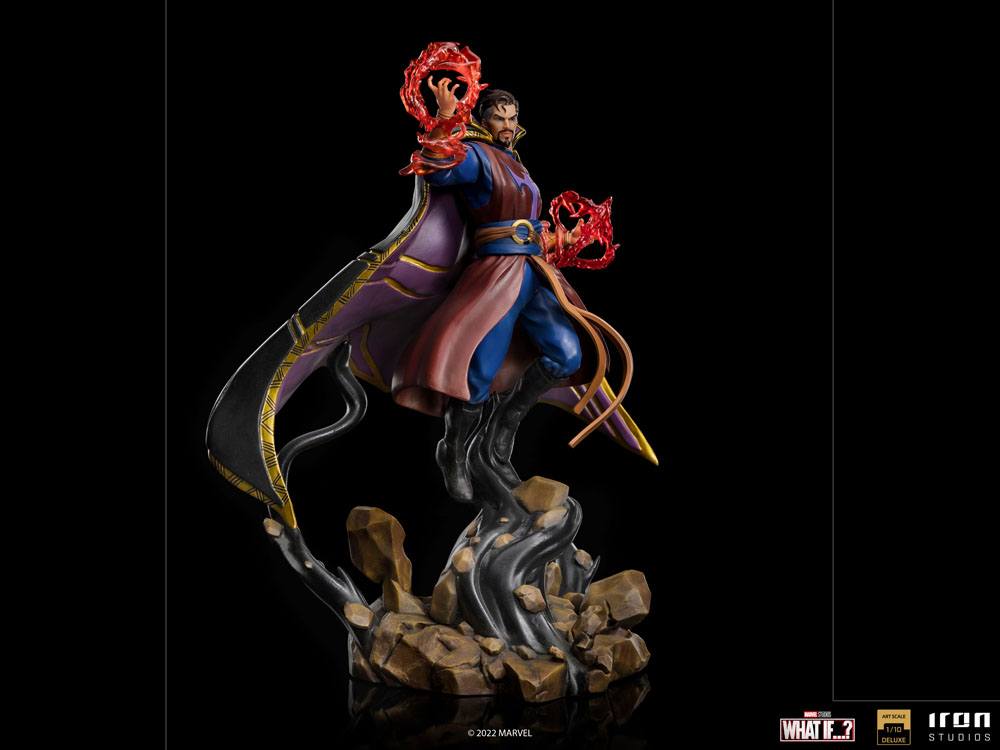 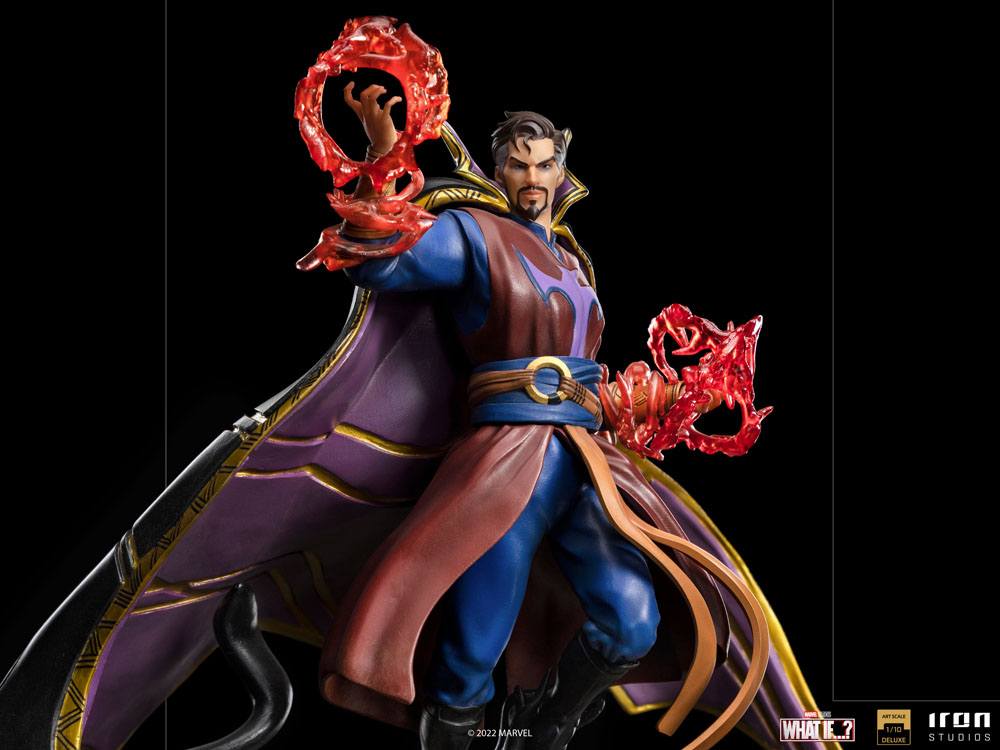 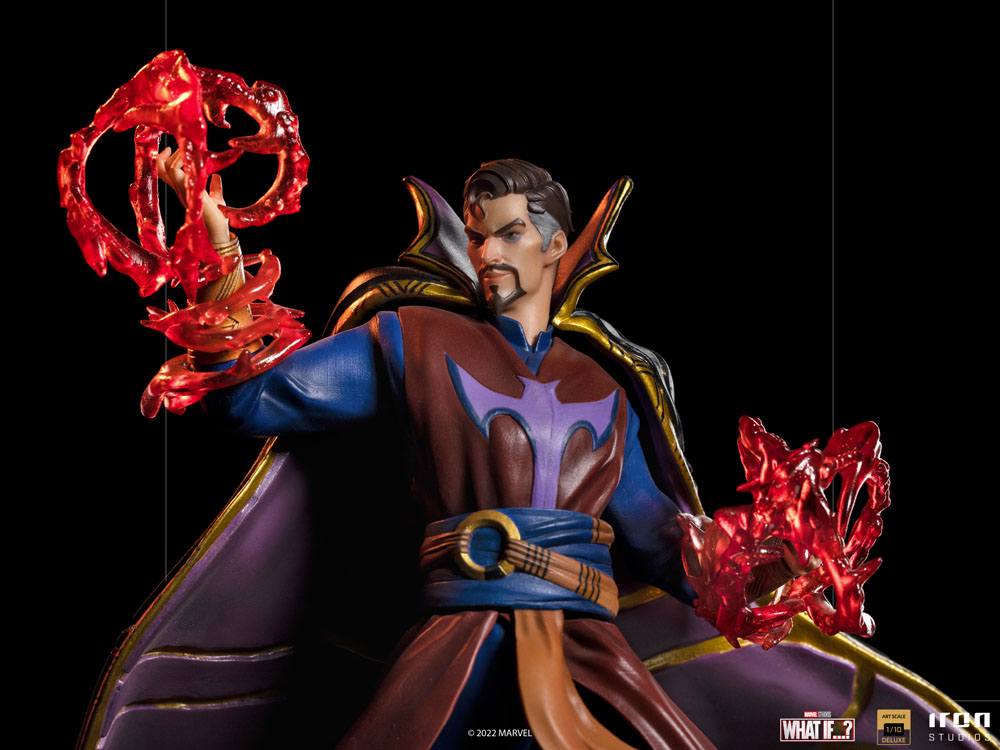 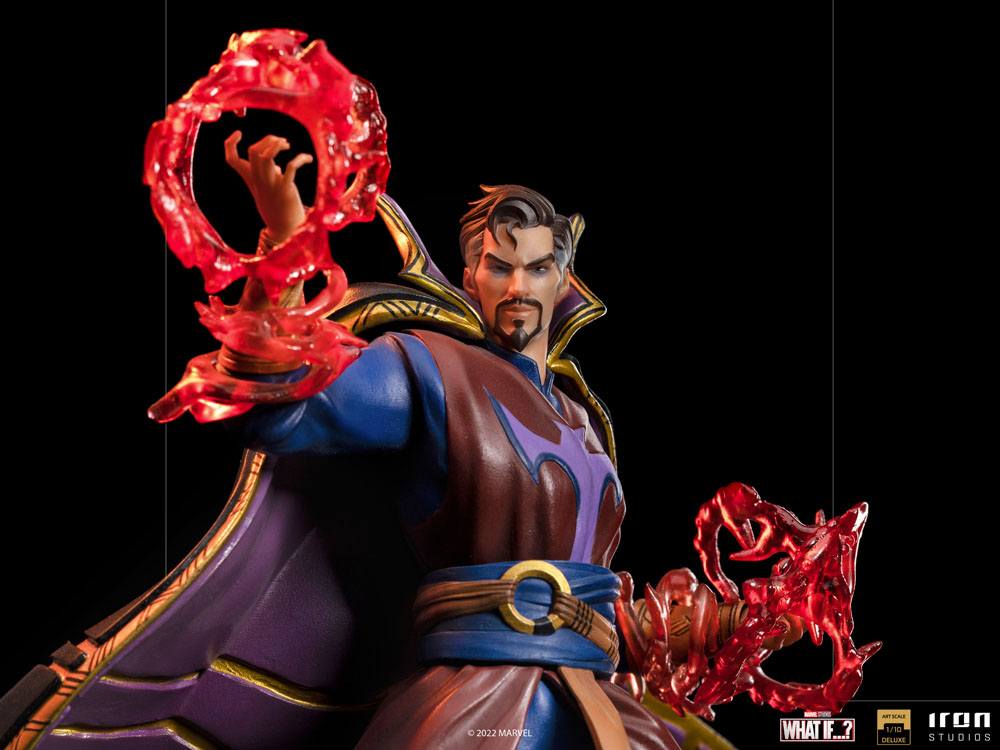 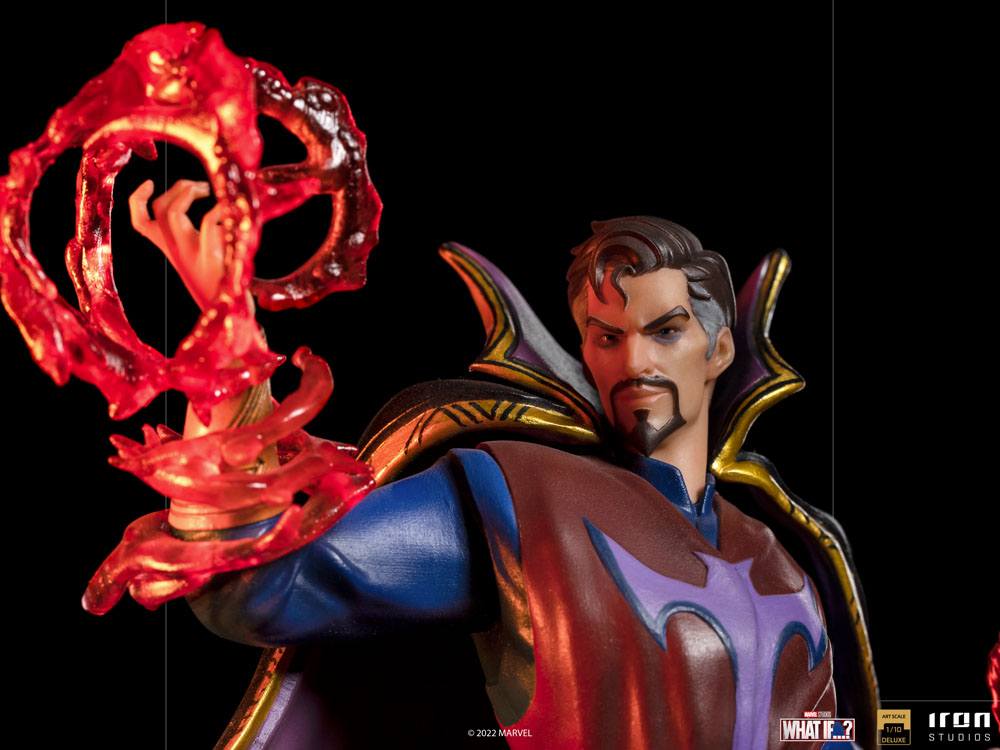 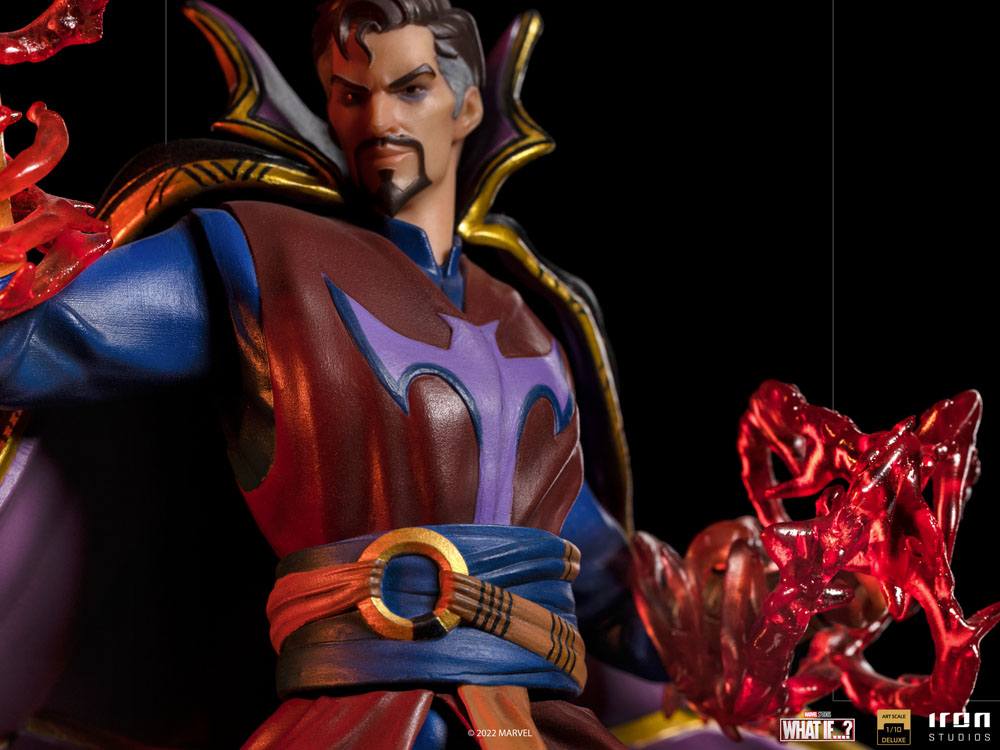 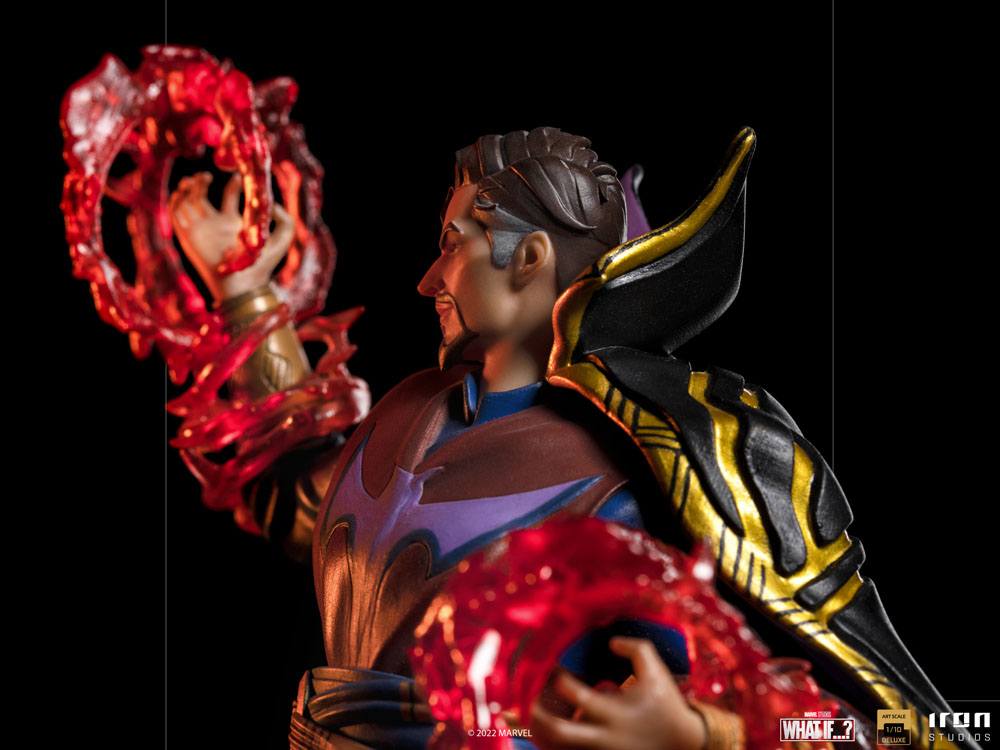 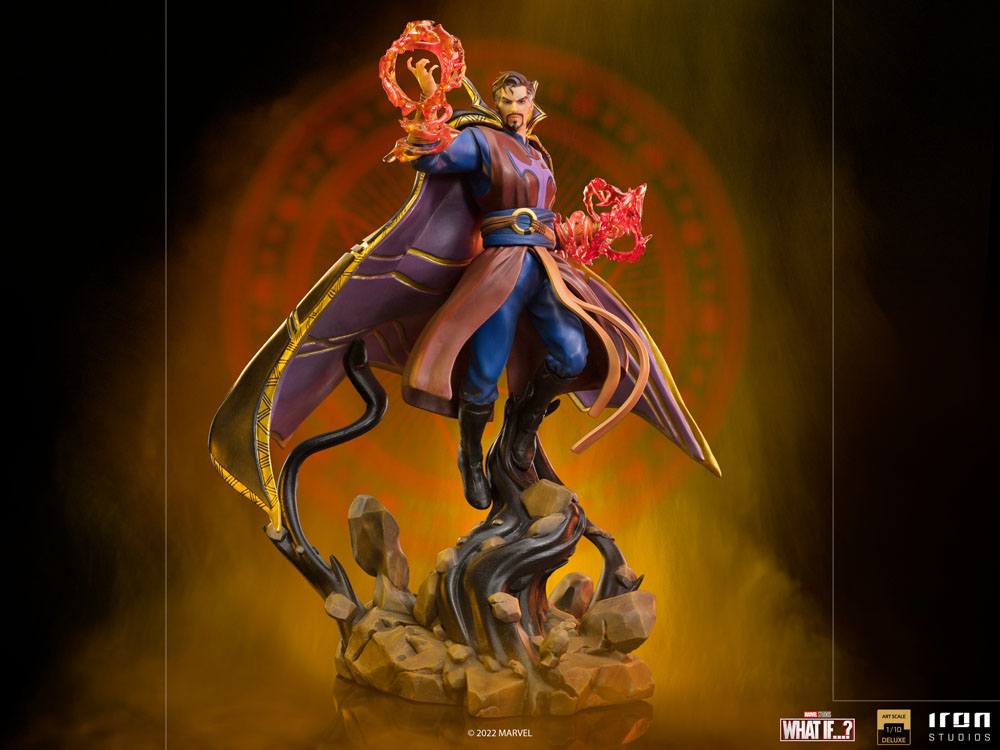 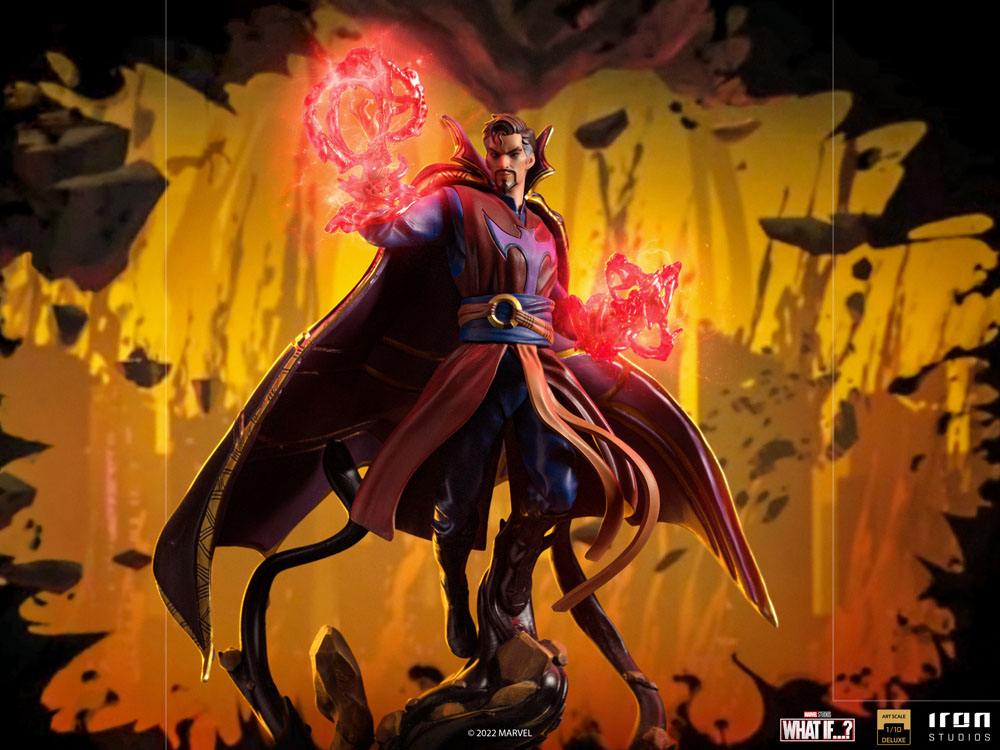 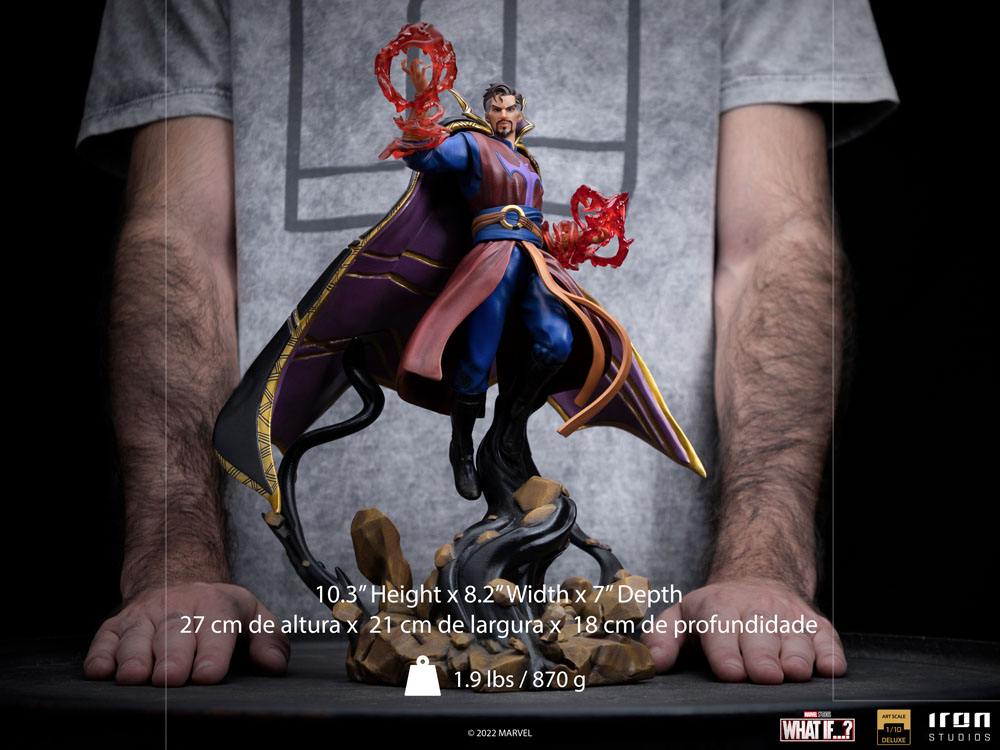 Following the paths of the darkest mystical arts, the supreme sorcerer hovers with his Cloak of Levitation over threatening tentacles while casting with his hands the Crimson Bands of Cyttorak spell, a mystic “substance” impenetrable and almost indestructible, capable of magically capturing his enemies. Sad for turning into the dark side, absorbing many interdimensional beings to obtain power, with a countenance of thin pale skin and gray bags under his eyes, his arrogant and stubborn posture resulted in serious consequences for his reality. Iron Studios bring the statue “Strange Supreme Deluxe- What If…? – Art Scale 1/10” with the alternate version of Doctor Strange from Earth-199999, from the animated series What If…? produced by Marvel Studios and released on Disney+.

In another reality of the Multiverse, Dr. Stephen Strange also suffered a serious car accident, but, in this world, instead of losing his hands’ mobility as a surgeon, this tragic outcome caused the death of his passenger and girlfriend Christine Palmer. With sadness and remorse, Stephen traveled around the world in search of a way of reviving the love of his life and found “The Eye of Agamotto”, cradle of the temporal singularity. Here, Strange also salved the universe from Dormammu, becoming Sorcerer Supreme and guardian of The Eye of Agamotto, and started studying the timeline’s manipulation and modification so that he could, two years after her death, go back in time and save Christine’s life. But no matter how much he tried to change the events of that night, Christine always ended up passing away somehow, because her death was an Absolute Point in time, and that made it immutable and unshakable. Unable to accept it and convinced that he could create a paradox, he started to expand his powers through the absorption of other beings, transforming into Doctor Strange Supreme, but resulting in terrible consequences.